posted on Aug, 10 2013 @ 03:00 PM
link
In spite of what we are reading about the doomed plant of Fukushima, The Japanese government are allowing
residents of the nearby town to return to their homes.
What the hell is wrong with them, the place is toxic!

Something is not adding up here , TEPCO are spewing hundreds of
tonnes of radioactive water into the sea every day , but the people of a near by town are moving back to their homes.

Here is a snippet and a link to the story.

Preparations can begin for residents to return to the town of Kawamata near the damaged Fukushima Daiichi nuclear power plant. The town was the final evacuated municipality to be redesignated. Separate from the evacuation area defined by a 20 kilometre radius from Fukushima Daiichi, the area near Kawamata was evacuated once it was known that radioactive particles had been carried by the wind from the damaged power plant. While limited access to the town has been permitted, Japan's Ministry of Economy, Trade and Industry (METI) has now announced that controls on entry to most of Kawamata town, northwest of the plant, have been relaxed today. 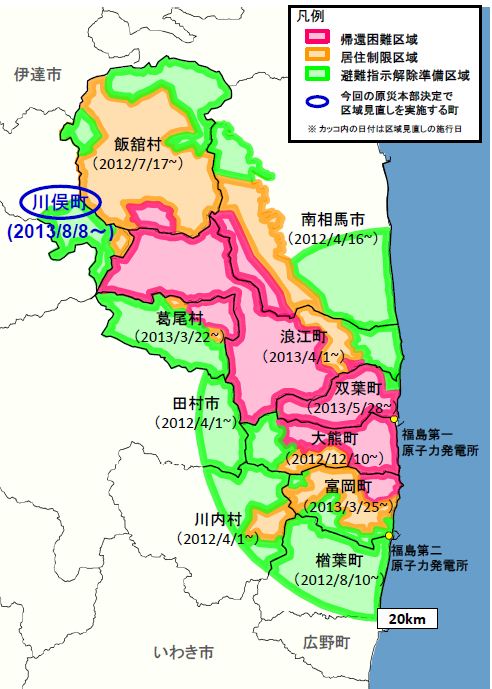 Originally posted by Mamatus
Don't have to relocate dead people.......

Their not dead yet , but...
What I'm thinking is do they even know what kind
of problem they are facing.. do they know anything
about it at all..

I'm thinking that these people are being let up the garden path to prove to the world that all is well,
when it is clearly not.

The spin doctors are at it again......what now? Plutonium dont cause cancer mutations and birth defects? How about death?

Geeze, there needs to be cover ups and brainwashing of massive proportions going on in Japan atm, because no one with a slight of common sense would allow this to happen.
Damn
Poor people

Anyone with half a brain remember Chernobyl and all the birth defects and bad mojo that went along with its release.

That was only one core.....how many was fuku? four cores and an exposed cooling pool?

WOW....just insane....this just shows me how brainwashed people are worldwide.

Yep, and that's one of the reasons the mayor of Futabamachi, a town in Fukushima Prefecture, resigned back in January.
Basically he said the people there are being treated like guinea pigs.