posted on Nov, 30 2012 @ 03:44 AM
link
This one is on RSOE guys, it's not running on a tabloid next to a Bat Boy story. Oddly enough, there is little information but the dateline makes this real recent too.

An unidentified object weighing 179 kilogrammes mysteriously hit the ground with a massive blast on Thursday. According to details, a space shuttle look-alike object descended to the ground, causing a massive blast, creating fear among the locals. Local administration along with law enforcing agencies took the object for investigation. Until the last report, the nature of the object is yet to be determined.

Perhaps others can add to this?

Strictly by location in the world, I'd guess military. It's odd though. If it caused a massive blast, what would be left to cart off and how would anyone know to estimate weight? I'd really question the whole veracity of the report if RSOE wasn't known for having solid info in almost all cases. (All that I've known of anyway) 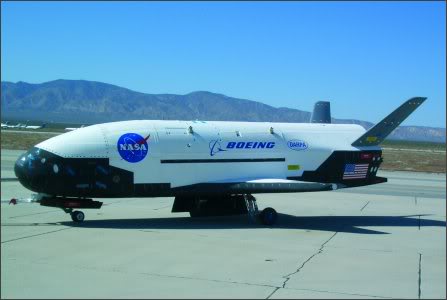 
Minimal information so far... as you noted, how did they arrive at the weight and were able to describe it as a "massive blast"??


Can't add anything solid, but an interesting find. I find your source very reliable as well. Possible an armed drone of some sought but yes, if the crater was worth mentioning one would think of a total loss of the craft. It could be somethin new and top secret from the US but who knows.

If it was military I doubt that there will be anything else heard about it. After Pakistan looks it over I wonder who they will sell it to. An Auction sounds good to me.


Knowing the mass with that accuracy implies the object is either known or was recovered completely and weighed. Or the reporting is totally bogus. I'd bet on known....

Another remote possibility is that perhaps we are missing one 32-megajoule projectile from the recent railgun testing....
edit on 30-11-2012 by BayesLike because: (no reason given)

I agree with you.
An armed drone seems more plausible than anything else.

posted on Nov, 30 2012 @ 05:23 AM
link
Don't worry guys, it was just that new Iranian Drone everyone seemed to be so worried about. Nothing to see here, move along.


Well if that news report is the object found, then it's a western object.

Look at all the English writing on it.

We can't realistically blame the US for everything, can we ?

posted on Nov, 30 2012 @ 08:45 AM
link
Drones have crashed in Pakistan and Afghanistan in the past.
It could have been a military drone.

Originally posted by Wrabbit2000
Perhaps others can add to this?


The mysterious metallic objects, which fell from the sky baffling villagers in Dadu late Wednesday night, were parts of Pakistan’s Hatf V Ghauri missile, a spokesman for the Inter-Services Public Relations (ISPR) said on Friday.


sounds too small to be anything other than a really small satellite or a UAV....

posted on Nov, 30 2012 @ 11:31 AM
link
If you believe in The Kill Shot. Wasn't a Man made space craft falling from the sky the last part of the sequence before The Kill Shot begins?


Two problems here. The first is that the X-37 weighs a LOT more than 179 kilograms. The second is that both X-37s are on the ground right now. The mission that was supposed to have started last month is grounded due to an engine problem with one stage of the rocket that was supposed to take it up into orbit.