It all ends Monday [UPDATED]

CME Goes To Margin DefCon 1: Makes Maintenance Margin Equal To Initial For... Everything!?


It is critical, because not only is this announcement a direct consequence of what happened with MF Global several days ago, but because also it confirms one of our biggest concerns: systemic liquidity is non-existanet. We confirmed interbank liquidity in Europe was at an all time low earlier today, and can only assume the same is true for US banks. But what is very disturbing is that this is just as true at the exchange level, where it appears the aftermath of the MF collapse is just now being felt. What exactly was the announcement. Unless we are completely reading it incorrectly, it is nothing short of a margin call for tens if not hundreds of billions worth of product. Because as of close of business on November 4, today, the CME just made the maintenance margin, traditionally about 26% lower than the initial margin for specs, equal. For everything. Which means that by close of business Monday, millions of options and futures holders will be forced to deposit billions in additional capital to the CME just so they are not found to be margin deficient, and thus receive a margin call. Naturally, since it is very unlikely that this incremental amount of liquidity can be easily procured in one business day, we anticipate the issuance of hundreds of thousands of margin calls Monday, followed by forced liquidations of margin accounts across America... and the world.


Remember Lehman? Well it's worse than that. Way worse.

This also means that CME needs capital. A LOT of it. If CME goes under, you ain't see nothing yet.

And what's funnier, people getting their money out of the big banks tomorrow will screw the big banks even more, they'll have even less cash to cover the margins... when you can't cover your margins, you are forced to SELL... which means EVERYONE will have to sell.


IF you didn't plan on moving your money out of the big banks tomorrow... DO IT... Seriously. Especially Bank Of America...

If you are in one of the top banks...
- Bank of America
- JPMorgan
- Citigroup
- Wells Fargo
- Goldman Sachs
- Morgan Stanley
- Met Life
- Barclays

Even in Europe, if you are in a big bank, get out of there, the domino effect could be epic.
edit on 4-11-2011 by Vitchilo because: (no reason given)

UPDATE : IT WAS CLARIFIED BY CME :


WeRpeons
+31 more
posted on Nov, 4 2011 @ 08:32 PM
link
We've been playing this monopoly game for way too long and the world lost. Time to throw in the game pieces and start a whole new game with new rules. Just my opinion.

It all ends Monday,


On the contrary it will all start

I will certainly be riding up the metals on Monday before dumping everything and getting physical. I've had enough heartache from trading on this market.

If they wave a magic wand out of this one, I would have officially lost hope in common sense in greedy investors.

posted on Nov, 4 2011 @ 08:45 PM
link
They're going to need a lot more cash if things go as planned.
Tomorrow's the big day. You can't ask for a parachute when you're already in free fall.
Move your money now, and spare yourself the impact. 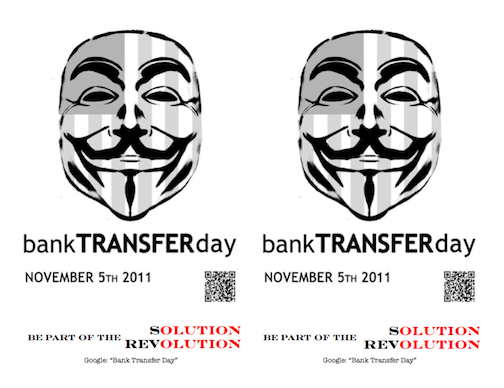 
Isn't November 7th a little early? Isn't the Obamanator going to be doing the DEFCON 1 test hunkered down in a bunker on November 9th? Isn't the "big rock" Yu-55 suppose to come by and say "hello....buh-bye" between November 9th and 10th? And what about 11.11.11? Too many disasters in for one week, but at least we know the most useless parasites in society are well prepared, that being politicians.

Because as of close of business on November 4, today, the CME just made the maintenance margin, traditionally about 26% lower than the initial margin for specs, equal.

is that what your saying?

silver margins were raised 5 times in one week...then the silver market got contained

the gold margin was raised only once... & has yet to go berzerk & volitile , probably because the CME is holding a margin increase hammer over the traders/investors heads

now all commodities are going to have a 100% margin requirement for a bettor to participate...

My Mommy told me there's no such thing as a stupid question.


I hope so...i really do. What we´ve seen the last Week was just more of the same "A Plan to plan for an Agreement on a Plan which actually makes everything worse but calms the Market for like 48 Hours" BS...


Thank you for the story. If this is as bad as it sounds, then all my concerns and reasons for having ATS running almost continiously on an alternate monitor....watching for news before it's "reported" will have been worth it.

I want to mention something additional.... Check the comments attatched to the OP story. One post there has a long list of ways things are bad in the coming week or more with supporting links, while another comment linked to a .gov site regarding investigation into silver market manipulation. Late September looked like the real deal..but it was a dry run by the headlines and stories running for this coming week to 10 days.

S/F for the story...and it's a shame I can't give a second star for the value of what came with it in the comments.

posted on Nov, 4 2011 @ 08:56 PM
link
ZH has made similar predictions that have gone nowhere quite a few times before.

On a point of agreement, if you are with any of the banks mentioned, get out now.

I can just see it: A few ex-bankers think about jumping to their death in the time honored Wall St tradition and then decide better of it and make a sign and join OWS.
edit on 4-11-2011 by The GUT because: (no reason given)

Originally posted by Screwed
Please explain to those of us who are financially retarded WHAT exactly ends Monday?


The whole economic scam that has been going on for the last 30 years.

The margin calls will be bigger than the entire world's GDP. They cannot pay it.

I bet the big banks are on the phone right now with Bernanke asking him for hundreds of billions.
edit on 4-11-2011 by Vitchilo because: (no reason given)

During the '08 crisis there were banks that were leveraged FAR MORE than 80:1 before they popped.

The market bubble has been stretching thinner and thinner with every passing event.. looks like it finally popped

Originally posted by Screwed
Please explain to those of us who are financially retarded WHAT exactly ends Monday?

My Mommy told me there's no such thing as a stupid question.

Nahh, just banks getting a wake up call with the "pull all your money out of the bank" thing and the usual domino-of-bad-banking-practices-hopefully-coming-to-a-head-but-I-doubt-it scenario and of course the world economy imploding.. and look, just run around in circles and scream.. .

During the '08 crisis there were banks that were leveraged FAR MORE than 80:1 before they popped.

Yeah that was a low estimate.


I'm not saying they're wrong in their prediction. I just think one should take it with a grain of salt.

i think this is it...
FEMA to do first ever national...