This is one of the most disgusting things I have ever seen. I truly thought this was a joke or somehow misleading, but nope, this is real. This is a horrific development in the loss of our freedom and the destruction of our nation. I am sickened.

I will just say I don’t know who is letting complete morons run the National Archives, but there needs to be some serious house cleaning done and those in charge should be removed. Anyone who cares about freedom should be horrified at what is going on in this country and this is just one more nail in the coffin of our Republic.

originally posted by: DAVID64
a reply to: Metallicus

It's too early in the morning to process this much dumb, but I'm afraid there's a growing group of people in the US that agree with it.

Here is a link to the the Archives page with the warning. 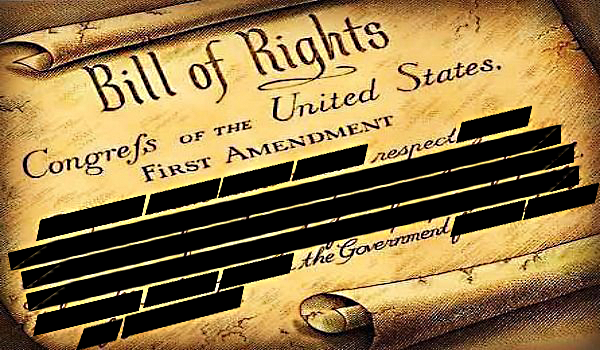 Made you a fitting illustration to go with the thread...lol

originally posted by: DAVID64
a reply to: Metallicus

Between Marvin there, and the way you put it, you just described how I looked & what I said to my screen when I read that load.

Harmful content, give me a #ing break, goddamn teacups o.0

Next step: Declaring parts of it hate speech and trying to make it difficult to get hands on a copy.

What's more concerning is that such crazy people work in a national archive. This is the crib of future history writings, how much more damage can be done?

posted on Sep, 9 2021 @ 07:22 AM
link
a reply to: Metallicus
Saw this a few days ago, but couldn't find what words they consider harmful to the snowflakes. Maybe words like freedom, rights, republic, independence, and others are trigger words now.

You could be cancelled for using words like that in your OP.

Is it to late to sign up to be put on a rocket to Mars...

Nevermind I found it, its a real story.

Bill of Rights
Constitution of the United States
Declaration of Independence
edit on 9-9-2021 by StratosFear because: (no reason given)

I took a photo of the warning, but I can’t convert it to PNG on my tablet so I can’t post it here. Sadly, it’s there.

You have GOT to be kidding me!!!

This is a VERY DANGEROUS development! VERY!

(I think I'm going back to bed; I woke up in the wrong world).

Clearly, the barbarians are inside the gates.

My hunch is that China has infiltrated every branch of the federal government.

posted on Sep, 9 2021 @ 07:42 AM
link
The label seems to be generic in nature and not geared towards any particular document(s). I did a search for Spanish Flu, and a document from 1953 had the same banner warning on top.

That any sort of banner could be placed on, associated with, or in any way connected to the founding documents of this nation is...CATEGORICALLY UNACCEPTABLE!

I don't respect underhanded tactics. I respect our government and "President," by name only, even less.

(I think I'm going back to bed; I woke up in the wrong world).

I don't want to derail the thread, so here's an edit. I saw a TV show with the plot where when the father falls asleep, he awakes into a different reality. Well, the premise is that he was in a car crash with his wife and son, but only one of them dies. One of those realities is a dream, yet it's so vivid he's unable to determine which is real.
edit on 9-9-2021 by JefeFeesh because: didn't need a new comment, just an addition

The show was called Awake. I didn't finish it, and I'm sure it was cancelled, btw.
edit on 9-9-2021 by JefeFeesh because: because

Supporting the concept of a small, limited government answerable to the people is now hate speech.

This label applies to all of the national archives, not just the Constitution. As a header of sorts on the online catalog. Smart move, if you ask me, else they'd be tied up in controversy or court by every person who gets offended to that degree by something in the archives. 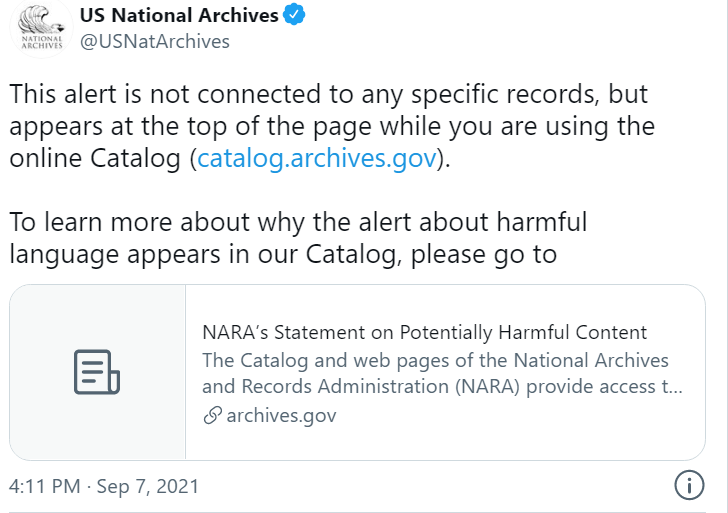 We are the frog

These are national archives, they contain the history of the country.

Since when is it okay to be offended by history? I guess since it's okay to tear down statues, burn books and light buildings on fire to further a political agenda.

I mean, coffee is hot, history is brutal. This is ridiculous. It's like trigger warnings in front of a book about how to cope with abuse.

Use some common sense?