posted on Aug, 28 2021 @ 02:12 AM
link
According to the disturbing reports out of Japan. After Japan had suspended Moderna vax. Two had died. There is not alot of new information that is coming out.

But its a good thing that Japan had suspended Moderna vax. Its a shame other western countries dont have the same health commission as Japan. As of the news had spread the stocks of Moderna down.

Japan believes there is Contaminant in the Moderna vaccines which is metal if the reports from Japan are true.
Is this widespread or just Japan?


Contaminant in over one million Moderna vaccine doses in Japan believed to be metal: NHK

originally posted by: HawkEyi
I would problary not go anywhere near getting the mRNA vaxs.

It's a conspiracy. I know of at least 90 million people on ATS who have not died from the vax.

And they all know at least 100 billion people, each. So, put the morning paper down, and just get it.

Any idea how many people have been vaccinated in Japan in the past month? Just asking.
edit on 8/28/2021 by Phage because: (no reason given)

Shall we talk about the data from Israel how the vax are the ones getting in the hostpial more over the un vaxed? or the fact that you would need a booster shot every six/five months?
edit on 28-8-2021 by HawkEyi because: (no reason given)


Shall we talk about the data from Israel how the vax are the ones getting in the hostpial more over the un vaxed?


or the fact that you would need a booster shot every six/five months?

Is that a fact? I know that the immune response declines, not unexpected. It seems to do so with those who are unvaccinated (but infected) as well. I also know that currently the FDA is considering an 8 month booster. I hadn't heard about "every six/five months." Do you have a source or did you just make that up?

originally posted by: HawkEyi
a reply to: Phage

Shall we talk about the data from Israel how the vax are the ones getting in the hostpial more over the un vaxed? or the fact that you would need a booster shot every six/five months?

Israeli has 8 in 10 of its population vaxxed. Yet they make up only 6 in 10 of the seriously ill.

This means that vaxxing is succeeding. The unvaxxed are getting sick at a much higher rate. Particularly the young.

Look at the sickness rates for the under 50s, they're mostly unvaxxed. So it's only really the elderly vaxed who are getting sick. Which is exactly what you would expect.

Fauci says every 5 months, CDC not in agreement yet
link
Searching the internet really isn't that hard, I know you are a pro at it.

I was expecting a response like that. Of course you would defend it.


This means that vaxxing is succeeding.

The media isnt reporting the side effects of the mRNA vaxs because its going to create vax hesitancy. You think its succeding but its not.

The cases are sugaring and in the vaxed.


The unvaxxed are getting sick at a much higher rate. Particularly the young.


You believe that because the media told you.


Which is exactly what you would expect.


I had seen the data and its the opposite of what your saying.

The fact that you would be needing a vax every months for your claims that its "vaxxing is succeeding" says otherwise. In Israel the vax Pfizer efficiency had waned to 39%.

Even a Canadian news outlet in Ontario admits that a vaccinated person would likely spread the virus to the un vaxed and you as a vaxed problary dont know that your carrying it unless you get tested.
edit on 28-8-2021 by HawkEyi because: (no reason given)

Correction. Your source says he says that.

Can you provide the horse's mouth, so to speak?

I wonder how many have been contaminated and gone unnoticed into some poor schmuck?

How many clot shots have been flogged to countries and put on the public’s tab?


originally posted by: HawkEyi
a reply to: Phage

Shall we talk about the data from Israel how the vax are the ones getting in the hostpial more over the un vaxed? or the fact that you would need a booster shot every six/five months?

Israeli has 8 in 10 of its population vaxxed. Yet they make up only 6 in 10 of the seriously ill.

This means that vaxxing is succeeding.


You really need to learn math and get off the government teet of spouting things you do not understand.

Soon I'll just see you as DrArgghZombies, oh wait, I already do.


This means that vaxxing is succeeding.


So it's only really the elderly vaxed who are getting sick. Which is exactly what you would expect.


Probably they got from their family members who are vaxed. You do know you could still spread it as a vaxed right?
but to claim that vax is succeeding i have to disagree with you.


An artlice from a news paper from Canada"

"If a unvaccainted gets covid from an vaccined that's to bad"


Vaccines are supposed to prevent illness.
edit on 28-8-2021 by HawkEyi because: (no reason given)


Vaccines are supposed to prevent illness.


Then there are a lot vaccines which do not do what they are supposed to do.

How can I provide more if you don't specify your favorites?

Correction. Your source says he says that.

Can you provide the horse's mouth, so to speak?


I wasn't in the room, I was asked to step out.

I come into contact with many people who are armchair experts on the vid and the vid vax but none of them seem to have a logical grasp on the information they absorb and regurgitate from various media outlets and health agencies.

For example: I flew to Holland from New York this week. I'm friendly (sometimes) and spoke with a few fellow travelers and airport personnel. I was told by multiple people that they got the vid vax so they'd be protected from transmission. I smiled, nodded, and wished them the best. I could have countered with evidence that the vax doesn't prevent transmission with any number of sources (Israeli data, the recent carnival cruise, various "breakthrough" cases from around the globe) but declined to do so. I believe we are each required to do our due dilligence and many have not. I've attempted to engage people on these topics, though many have their mind made up, and when presented with uncomfortable information, most of the individuals I have engaged with shut down and do not want to interact further. That's fine. Everyone is entitled to their beliefs, and I'm not interested in brow beating anyone into accepting my beliefs.

I am against the vid vax, the lockdowns, the bunk $cience, but I chose a Janssen injection. Why? It was the only way I would be able to travel to Holland to spend time with my fianceé. I chose the Janssen because it seemed like the least terrible option out of the available vid vax choices. I don't intend to accept another chemical cocktail into my body, but I had to make a choice. Potentially go another year or more without spending time with my love or take the vax. I am okay with the choice I made.

Here in Holland everyone I have seen (with the exception of a handful of food service employees) is maskless, smiling, and not concerned with social distancing. From what I have seen and heard, few have taken a vid vax. The signage and warnings are still plastered all over the place but these are mostly ignored.

On topic: It breaks my heart to hear stories like this out of Japan. It seems that many who are experiencing vid vax ADE have faith in these injections. Quite a few of those with negative reactions are in very low risk groups for serious infection due to vid 19. I have absolute zero trust for big pharma and their toxins. From Polio shots contaminated with cancer cells to dozens of dangerous and potentially deadly meds which were on the market for years (and made millions or billions of $) before being pulled, medicine is big business and the human population is farmed like a cash cow. I take huge issue with injecting compounds like mercury (thimerosal) and aluminum into human beings, especially the multitude of injections which babies are subjected to in many western nations. For profit healthcare is a plague upon this earth and favors $cience and profit motives over Science and the well being of living creatures.

It's been encouraging to hear more people speak out about their distrust of these mega corporations and the vid agenda. Where I live in Vermont I regularly see individuals driving around alone with mask and gloves, holding their phone to the side of their heads and carrying it around the store with them. The cognitive dissonance is deafening. It's a brave new world and the waters continue to rise. The dam can only retain so much water before a cataclysmic failure occurs. I sincerely hope that cooler heads prevail and these pressures can be diverted before a true cataclysm can unfold. But perhaps that is what it will take to effect real, lasting change and to remove monopolistic control from the small amount of hegemonic families exert over this world and the beings who inhabit it. We shall see. I remain hopeful.

originally posted by: Dalamax
I can think of 4 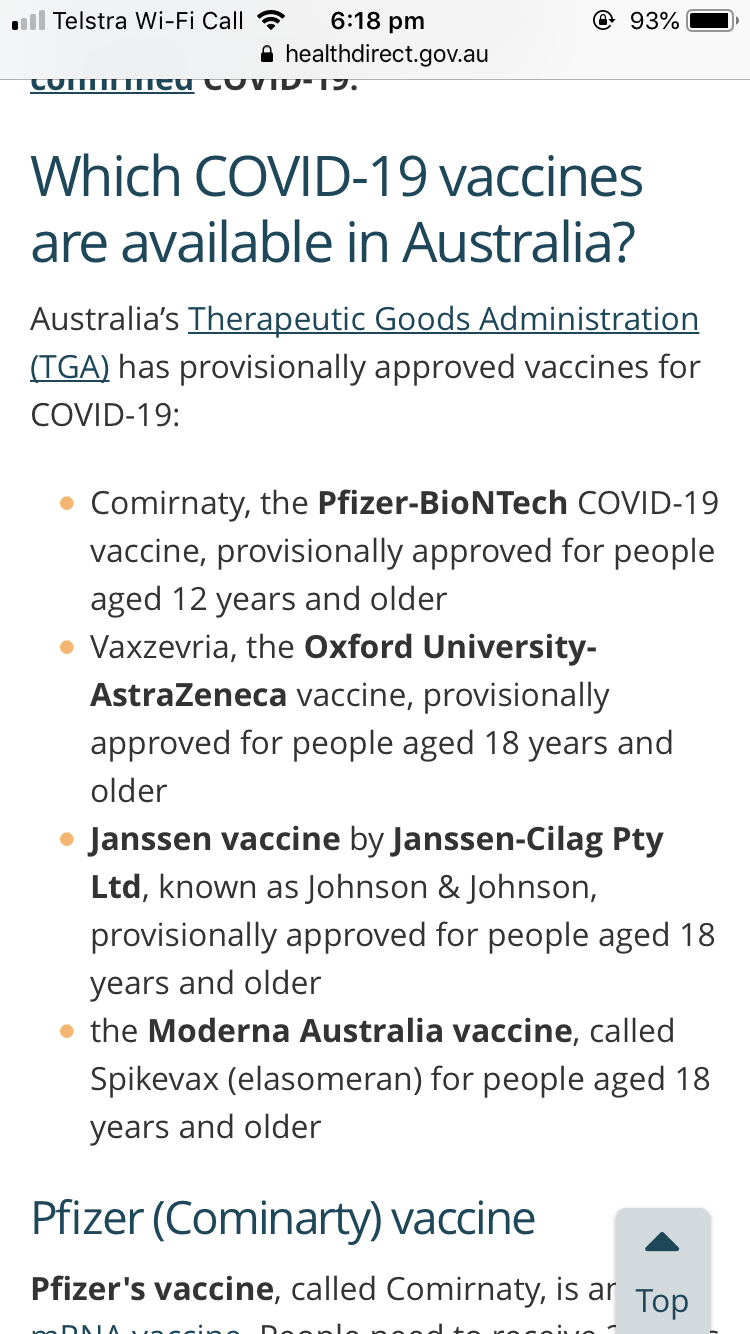