Perhaps this is just a coincidence, but given the unprecedented occupation of DC and all of the wonkiness going on, I have to wonder if there is more to this story than merely a trash fire at a homeless camp.

Inaugeration rehearsal evacuated after fire in a homeless encampment...

Participants in a rehearsal for President-elect Joe Biden's inauguration were evacuated from the West Front of the Capitol on orders of security officials after a fire in a homeless encampment, officials said.

Some pictures of the fire can be found here, continuing to dig a bit... 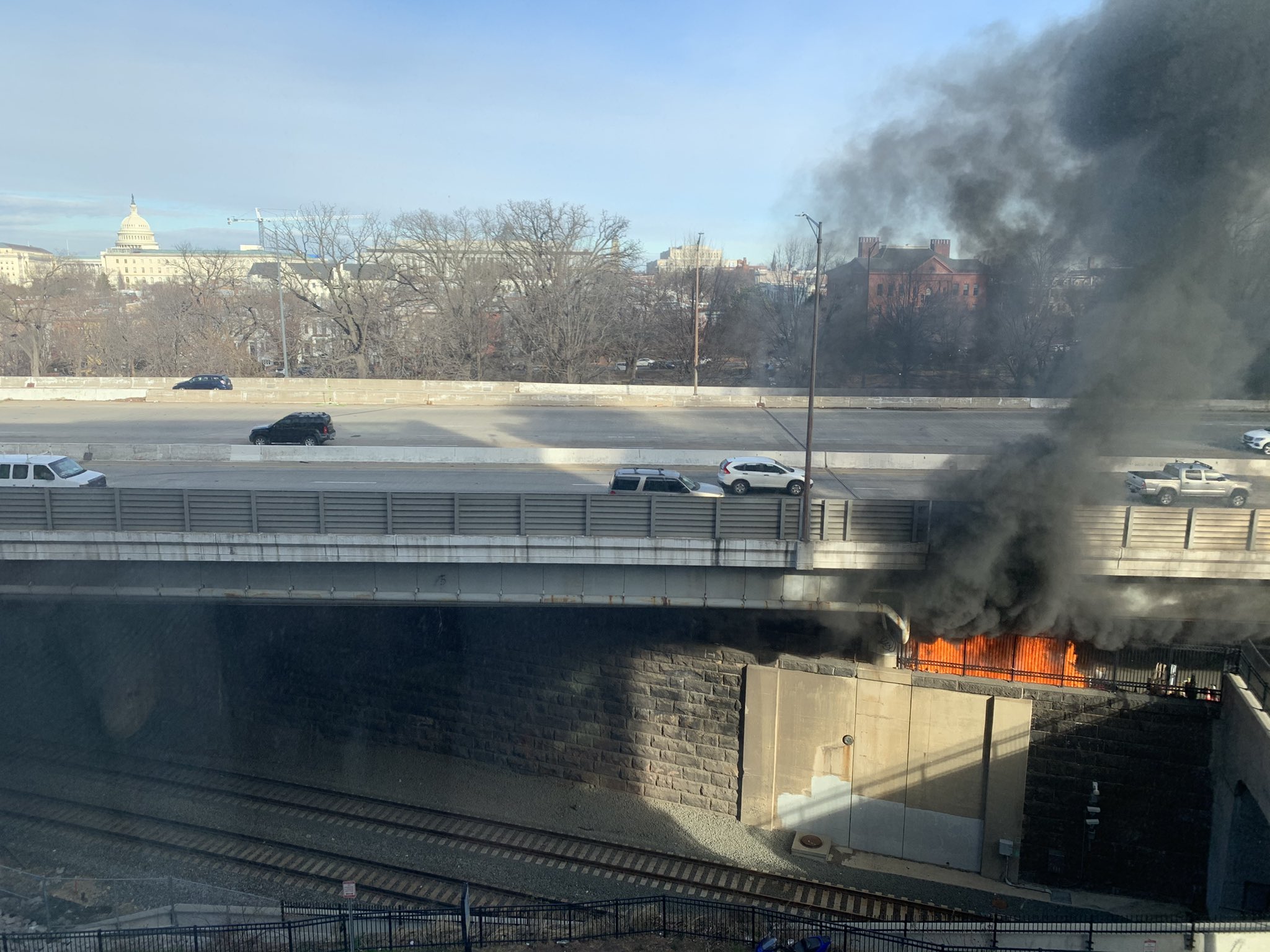 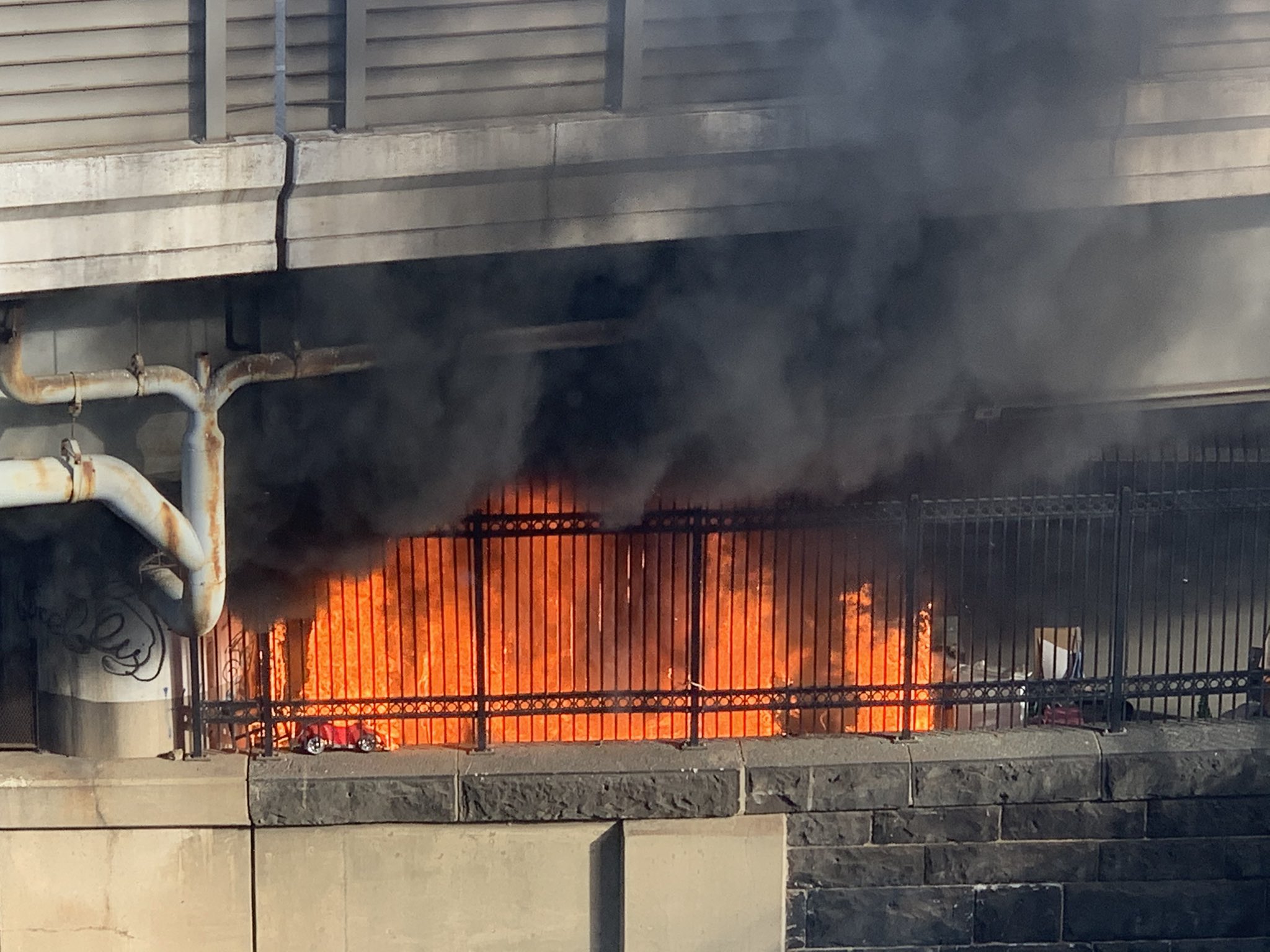 I hope the woman he claims to live there is safe and sound.

My conspiracy mind immediately recalls the homeless encampments in Portland/Seattle (other Antifa hotspots) and if they may have been clearing out a spot in DC.

They have to store the weapons/shields somewhere. And the idea that the fire in those images is solely from a tent.

US Capitol complex placed on lockdown due to external threat...

I do believe that this is referencing the same event.

I mean what kind of a strange coincidence is this!?

It looks like it is right under the highway 395 overpass.

I believe that is a major route.

Just checked google maps it leads right to the Jefferson Memorial and is about 2 city blocks from the Washington Monument.

And it remains under lock down even though the fire dept. has cleared the incident as a fire in a homeless camp.
edit on 18-1-2021 by ketsuko because: (no reason given)

The dems pucker cords are drawn so tight right now, they can't even fart.

originally posted by: xuenchen
The IRONY of this is just tooooo obvious 🤣🤣🤣🤣🤣🤣🤣


No worries, Biden will issue an EO to install sprinklers under all bridges to protect the homeless.


Atlanta, I-85 just north of downtown.

originally posted by: CharlesT
a reply to: elementalgrove
The dems pucker cords are drawn so tight right now, they can't even fart.

With good reason, their guilt is obvious and treason is their crime!

This most certainly extends to the commie rinos.

posted on Jan, 18 2021 @ 10:35 AM
link
Juuuuust enough of a fire to evacuate the Capitol building, sneak in a few special forces guys from that 50,000 strong military presence while the coast is clear, and grab a few last laptops and bits of evidence out of Capitol offices before showtime on Wednesday.

Obvious diversionary tactic is obvious.
edit on 18-1-2021 by Subsonic because: (no reason given)

originally posted by: ketsuko
EVen better: They locked down the Capitol for it.
And it remains under lock down even though the fire dept. has cleared the incident as a fire in a homeless camp.

Given the tension that is in the air, I find it highly unlikely that this is a coincidence.

Love that Joe is scared of the National Guard!

posted on Jan, 18 2021 @ 10:41 AM
link
I sent a personal message to Heikki Lunta to attack DC with a severe snowstorm the day of the Inauguration. He is using climate change ammo to increase his power. He is very pleased with the people of the U.P right now and has been giving us a nice winter so far, I haven't had to blow snow once with my eighty inch snowblower yet this winter and I only burnt a quarter tank of gas so far in the plow truck, I only plowed three times all winter.

Heiki is spreading the joy of snow to those who need to cool their jets this year, Heiki Lunta is very conservative. I would like to see how the new administration will be dealing with this snow god, he loves the extra power that global warming gives him.

This entire ramp up and the apparent associated paranoia makes one wonder if something else is really going on.

It's not reassuring that they're this jumpy. Makes me think that we're at risk for them doing something really stupid.

None of this reads like people who are actually in 'control' of a situation.

originally posted by: xuenchen
The IRONY of this is just tooooo obvious 🤣🤣🤣🤣🤣🤣🤣


The only thing that could make it better was if they evacuated the capitol and it turned out to be a dumpster fire.