How did humanity make it this far? Asking for a friend.

posted on Oct, 6 2020 @ 11:07 PM
link
With a solid background in anthropology, history and H&SS, I ask this question seriously.

...we missed Armageddon because good men and women (on both sides...), did the right thing.

See, the Godless communist either do not believe in God's judgement and heaven or they do and are afraid to meet that fate so they do NOT want to die.


This is why Mutually Assured Destruction created a stalemate.


Now, this becomes a problem when "insane nations" have this ability and will use it regardless if it kills their entire nation when done.

Exactly why you do not want Iran to have this ability.
edit on 6-10-2020 by infolurker because: (no reason given)

posted on Oct, 6 2020 @ 11:23 PM
link
That bomb was propaganda. It would be intercepted by jets and shot down before reaching the US. Still, nukes make the land inhabitable and worthless for invasion. Better to use the tech to generate power. Need to get back to developing safer nuke reactors and give up weak green tech that can't supply the demand.

more like fear of losing everything prevented the apocalypse.

originally posted by: namehere
a reply to: madmac5150

more like fear of losing everything prevented the apocalypse.

Yeah... good men and women with that fear...

It happened more than once. We owe our survival to both American, and Soviet officers...

originally posted by: FlyinHeadlock
That bomb was propaganda. It would be intercepted by jets and shot down before reaching the US. Still, nukes make the land inhabitable and worthless for invasion. 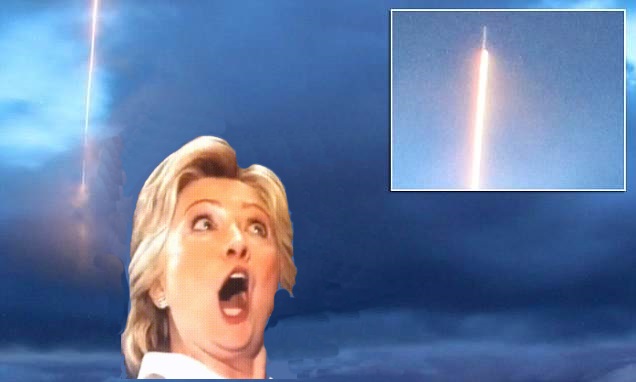 posted on Oct, 7 2020 @ 12:45 AM
link
Neither side will use so long as madmen do not gain access to the gold codes so to speak. Though under Trump they plan to resume nuke testing in Nevada. Not sure what type yet so will remain optimistic but highly skeptical.

We must pass The Great Filter(s)
We’re rare, we’re first, or we’re screwed!

Remember when Maelstrom AFB got their nukes shut down by unknown flying tech, and the Soviets had the same thing happen a few months later?

Someone had the backs of us insane balding hominids.

posted on Oct, 7 2020 @ 02:24 PM
link
Human beings generally understand that they do much better cooperating than they do trying to wipe each other out. It took a while for us to figure this out, and there are still a lot of stupid ignorant people who believe their way of life is best preserved by reducing anyone against it to ashes. Little do they realize that their way of life is going to change and possibly vanish no matter what -- even as a result of good things.

We've been fortunate that more level headed people have been around at critical moments when it all could have taken a horrible turn.

originally posted by: EndtheMadnessNow
Neither side will use so long as madmen do not gain access to the gold codes so to speak.


I'm a former missile launch officer stationed at Minot AFB a few decades ago. I can say that when I was there it was made pretty clear to us that we were hired because we had intelligence and reason, and if we truly felt that it was in the best interests of the entire world not to fire the missiles, despite their being a valid recognized order to do it, then we shouldn't do it. It's a democratic process, even to the point when keys are ready to be turned. At least is was when I was there. It may have changed a lot since then.

I was ready to do it, though, if I thought it really had to be done. Because if it was a full-on nuclear exchange, there was probably a Soviet missile aimed right at my wheely track chair. And damned if I was going to go down without giving them a little "adios" for their trouble. If I was going to have a really bad day, everybody on Earth was going to, also.

posted on Oct, 7 2020 @ 02:41 PM
link
Apparently aliens very commonly visit nuclear weapons bases. Military supervisors say that it went so far as them de-activating the ability to control the missiles

I would suppose extra-dimensional forces are also assuring we do not blow ourselves up to the point of no return...

First of all I firmly believe in God.

We have been very close at least twice during the cold war, it would not have been the end of the world but it would have put us into a new dark age.

We know about the Russian's but we sit so tightly on our own history that likely very similar incidents also happened in the NATO country's and we simply do not know yet.

Of course it could all have happened before and we are far from safe yet especially with scientists wanting to create new and even more destructive devices such as Anti Matter bomb's etc AND the fact we have lunatics whom have gained at least some headway in making there own nuclear devices among the Islamist extremists of the world.

Then there are other weapon's we may fear that could be just as devastating, biological weapon's, nerve and other chemical agent's and even RF and acoustic weaponry capable of killing, silently sterilizing or mind controlling vast swath's of the worlds population, we don't have to be dead to be dead if you catch my meaning.

posted on Oct, 7 2020 @ 03:48 PM
link
With a lot of death, destruction, missteps and an insatiable desire to survive and procreate.


I disagree, I think if you look at the Doomsday Clock so too do some of the worlds greatest scientists.

That Tsar Bomba was designed to be dropped into the Marianas Trench, the Soviets were going to create a ship as well that was going to be packed with fissionable material creating a planet killing bomb that would sail around there shores with an automated system which would monitor for a spike in radiation indicating that a nuclear attack had taken place on Soviet Territory and then detonate itself, the ultimate deterrent but what could have gone wrong, Chernobyl among other thing's and in a navy were so many of there ship's and sub's had nuclear reactors, dodgy nuclear reactors at that?.

The difference today is we face possible asymmetric terrorist based opponent's whom think and BELIEVE they will go to a great place (in there minds' it sounds like bloody hell to me) if they kill people that do not believe as they do and die themselves in the act, a chimp enclosure with lots of young pre-adolescent chimp's for them to abuse and WINE to drink (Which they are forbidden to drink on earth? - yeah I know crazy right but they believe it man).