Found a link for you:

China is pulling its weight here in Asia

They're definitely puling something and it's not their weight.

It is why I think they have become so overtly aggressive as of late. They have faced crisis after crisis this year and have responded to them all exceptionally poorly or are powerless to undo the damage (massive food shortages is one)

People in China are openly criticising the Chinese Communist Party in ways that were unthinkable a few years ago. Chairman Xi is facing massive internal party struggles as well.

They are attempting to tap into the nationalism of the Chinese people by targetting every foreign power they can think of. Blame them for the problems facing the nation.

I don’t think it will work this time though. The Chinese Communist Party may soon fall. Perhaps not this year, but its days are numbered.

I fully expect Chairman Xi to loose his power struggle within the Communist Party and be removed & scapegoated for the failings of thw nation. That may buy the Party some time. Again perhaps not this year, but as someone who is a keen student of Chinese history i don’t see him surviving in the long term. Chairman Mao himself did not survive the failure of the Great Leap Forward. He was reduced to a ceremonial figurehead until he ignited the cultural revolution to regain power. And Chairman Xi is certainly no Chairman Mao.

originally posted by: musicismagic
China fired two anti-craft missiles. Must have been a warning for the United States armed forces in the area.
For the last 3 days there's been a #load of SuperSonic jets flying over yamaguchi prefecture here in Japan.
I don't think anyone in the military here can really say what's going on.
Unfortunately on my Android phone I'm not able to copy and paste the link for some odd reason.

Yes, actually I can say what's going on. It's called "training", just like every other time. The planes in Japan are training with bombers from the US. Just like they do several times a year.

China did what every other military in the world does, and performed a live fire training exercise.

just remember what I've seen in the night sky

And...don't pick on a missionary nation, they've got God on their side

A U2 spy plane? does the Chinese intelligence come from the cretaceous era?

The original U2 died before i was born, there are variants but not the U2. The US, UK, etc have their own versions, but they are not simply known as U2's anymore.

China is in trouble, if they can't figure out what model it is, imagine what skunkworks has cooked up over the years.

Methinks China is afraid, they know the world is against them and the hammer of justice is coming.


Do you know what you do not do is poke the 800 pound gorilla... Seems China has not learned that lesson.

Yeah, no. The U-2 didn't die, and has been upgraded constantly since it entered service. The UK doesn't have any, and only had aircraft until Powers was shot down. They received aircraft that were transferred from the US, and flew as part of the CIA Detachment B group. UK involvement was only two years, before the aircraft were transferred back to the US.

The U-2, just like every other aircraft, has gone through different model designations, and their appropriate changes, but all are U-2s, and all go back to the original CIA U-2. For a few years they were designated the TR-1, but that quickly changed back to the U-2R, and later U-2S. There were 14 U-2Rs built, and 33 TR-1s. Of those, 31 were converted to the U-2S. They've undergone upgrades, and had new sensors and equipment added over the years, and are looking at multispectral sensor upgrades, as well as becoming a communications node for multiple systems, both ground and airborne.

And yes, it was a U-2 that was overhead at the time. The 5th Reconnaissance Squadron flies them out of Korea. They operate over the South China Sea and other areas constantly.
edit on 8/27/2020 by Zaphod58 because: (no reason given)


Pretty sure I saw one at HNL a few years ago.

They go through several times a year, swapping aircraft with the Osan squadron. One goes out, and a few days later one comes in going the other way, back to either Beale, or Palmdale for PDM.

...my Android phone I'm not able to copy and paste the link for some odd reason.

Click on the square with the arrow pointing out the top, type in Link and click OK. When the next screen appears, paste the web address.
edit on 27-8-2020 by CharlesT because: (no reason given)


...my Android phone I'm not able to copy and paste the link for some odd reason.

Click on the square with the arrow pointing out the top, type in Link and click OK. When the next screen appears, paste the web address.

Looks like l figured it out this time with your help. Thanks:

They got mad because the U.S. flew a U2 spy plane over the south China sea while China was conducting a military exercise. So China fired those missiles as a warning. 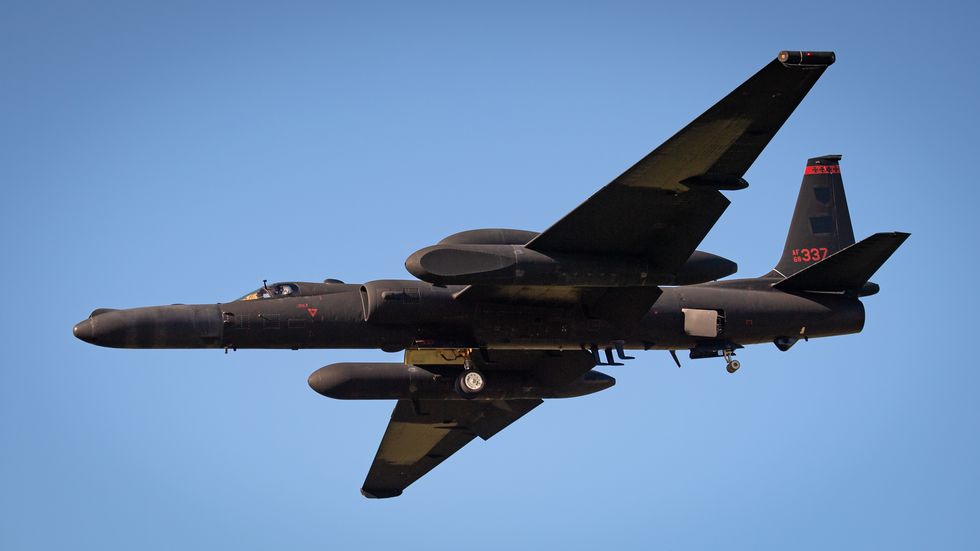 That one is currently flying for the Fairford Detachment IIRC. It IFEd into Mildenhall a few weeks ago with partial engine failure. He closed the runway for about three hours while they came up from Fairford to move it.