Researchers develop system to produce electricity out of thin air

Yeah. Imagine putting that device into a closed box with some humid air in it and you've got yourself an infinite power source.

They should have asked the physics department at their university to look at that thing, identify the actual power source. 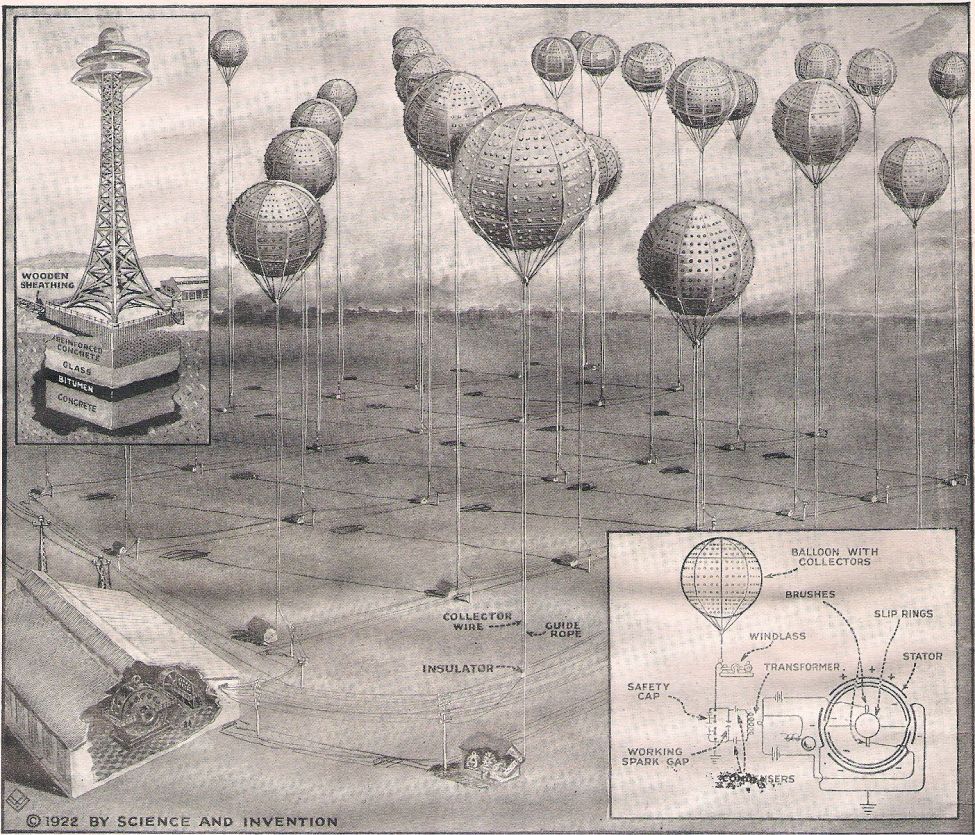 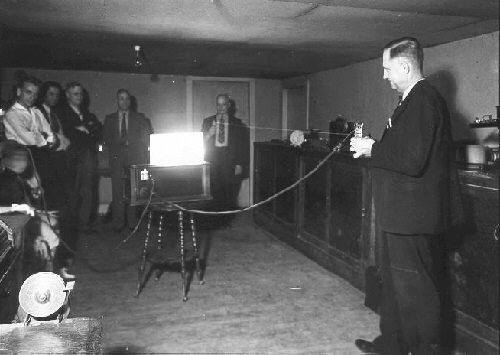 edit on 18-2-2020 by EartOccupant because: Atmospheric interference

The claim is that it is getting the energy from a humidity gradient. But it is not clear how this gradient is maintained.

originally posted by: moebius
a reply to: Creep Thumper

What is nonsense to you?

I see nothing new..

Here is an advanced setup from Delft University in action: 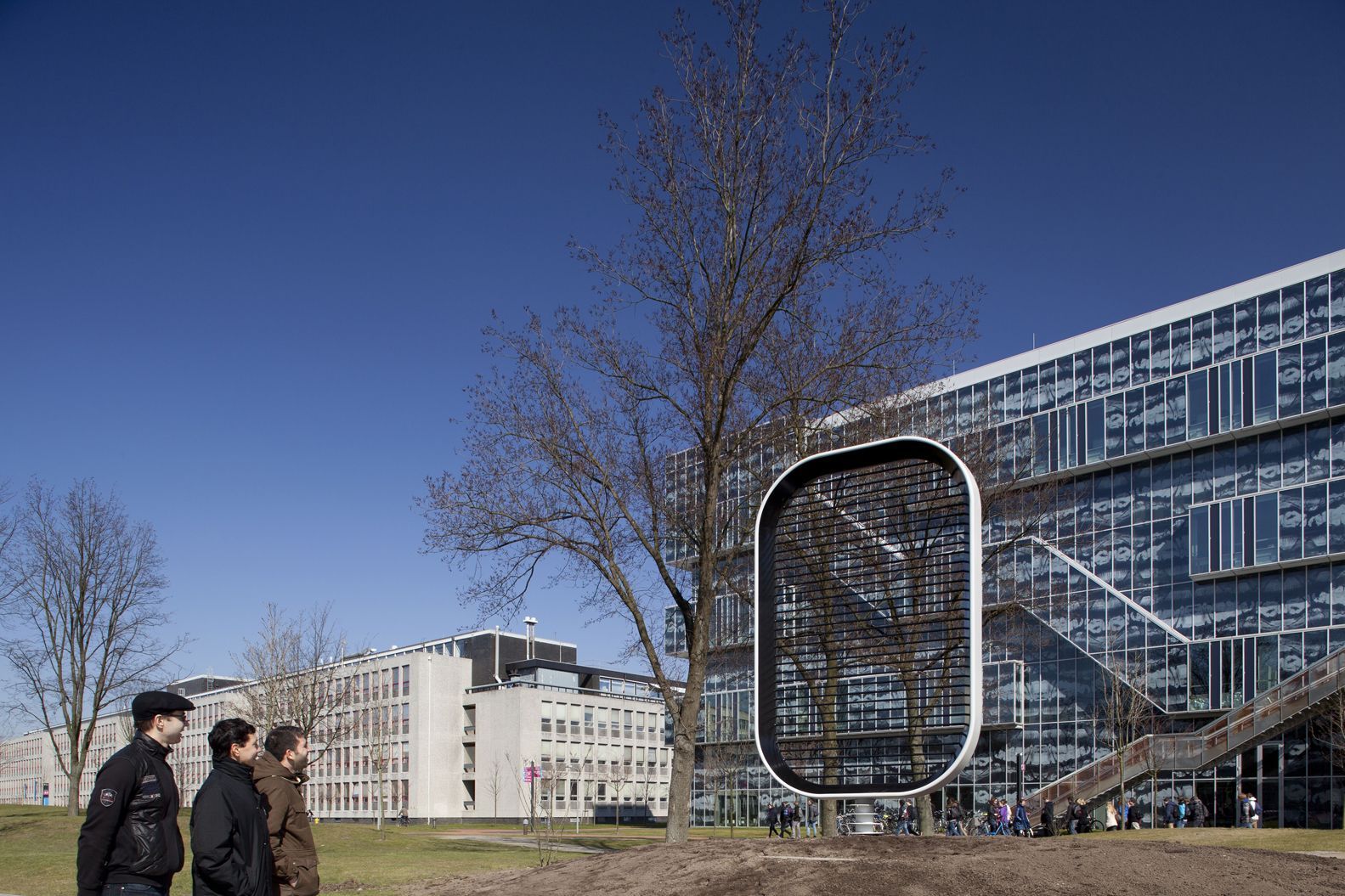 The abstract appearance of the EWICON comprises a fluid, circular steel frame that encases a framework of horizontal steel pipes. Inside the framework, charged water droplets are created which are blown by the wind. The movement of the droplets generates an electrical current that can be distributed to the electricity grid.

originally posted by: butcherguy
I keep thinking that you can't get something for nothing.

You don't get something for nothing, but our energy sources really boil down to 2 things:

-Energy from the sun
-Energy from radioactivity (not only nuclear reactors, but the earth's natural radioactivity generates heat)
-(Tidal-based energy could be a third source, but it's so far a tiny fraction of our energy budget).

Fossil fuels are energy from the sun that's been saved in some form and put into fossils.
The source of anything to do with water or water vapor boils down to the sun, so a hydroelectric power station takes advantage of the energy from the sun evaporating the water, which can then condense and fall as rain that flows through the generators in the dam.

This is kind of an offshoot of that, harnessing the condensation in a different way, but it's not "getting something for nothing".

Since it's ultimately a form of solar power, it seems to me the obvious question is, how does this compete against other solar based energy sources like a solar cell? You don't even need air to get energy from a solar cell, you do need sunlight. So the only advantage I can think of is it might have some sensor application in an area where sunlight is unreliable, but for the most part I think a solar cell with a rechargeable battery is probably going to end up being better for many sensor apps, with the battery getting you through the periods without sunlight.

Also, considering how low the output of the water vapor device is, you might still get more energy from a solar cell on a cloudy day, which is not much admittedly since the sunlight is diffuse and not direct, but you don't get much from the water vapor source either.

edit on 2020218 by Arbitrageur because: clarification

Well, you told me a lot that I already knew.
But you didn't tell me how this new system gets rid of the moisture that it absorbs, but I really didn't expect anyone to do that, seeing as how the people that are developing the device didn't say so either.

If the device relies on evaporation to have the moisture leave it, that would be problematic, since the material obviously has an affinity for absorbing moisture and not giving it up.
For water to evaporate, it has to be a liquid. I didn't see where this device condenses water vapor from the air, it just absorbs it. If it was condensing it, it would be able to drain out of the device, providing a water source in the desert.... if that was the case, I don't think the inventors would have neglected to tell us that fact.

posted on Feb, 18 2020 @ 03:05 PM
link
Well, for that you just use your shamwow on the wire. Honestly, I have to wonder if they made totally sure there were outside forces at work such as electrical leakage from lines and whatnot.

originally posted by: butcherguy
For water to evaporate, it has to be a liquid. I didn't see where this device condenses water vapor from the air, it just absorbs it.

The water is not absorbed, it's adsorbed, there's a difference:

Difference Between Absorption and Adsorption


Absorption is the process which takes place, when one substance enters the volume or bulk of another substance, while adsorption is the condition which occurs on the surface of the substrate. In the case of adsorption, there are the intermolecular forces, which make the molecules to hold each other, but in absorption, there is soaking of the liquid or gas by the solid rather any forces applied on molecules.

Once adsorbed, the water molecule is no longer gas (nor plasma) and it's not a solid, but a single molecule doesn't have liquid properties all by itself. For the specific device in the OP I can't answer specific things the researchers didn't explain, but to me the value seems so limited I'm not sure how important it is to know the answers.

originally posted by: BlueJacket
a reply to: trollz

Pretty cool, but didnt Tesla and Reich both do this without nano proteins 100+ years ago?


Pretty much any suspended wire will generate a current. When I was a kid we used these to make crystal radio sets. No battery but powerful enough to draw in a radio signal and power a small earbud to listen to it.

What will they think of next.

Also, did no-one get that it runs on water and they are suggesting it would be useful in the Sahara desert?

Thanks for the correction, it is adsorption.

My whole point of getting something for nothing is that in this case you add water to get energy out. Once the nanowire substrate has reached saturation, no more power comes out. In order for it to be repeatable, you have to get the water back out. To get the water back out, you will have to add energy of some sort.... probably more energy than you got out by adding the water originally.

You mean scientists have rediscovered work pioneered by Nikola Tesla over 100 years ago?


Nope. His generators were huge and heavy.

What was free about it?

originally posted by: chr0naut
What was free about it?


It was free once you bought all the necessary stuff to convert it into usable electricity. Kind of like TV. It's free! Kind of!

posted on Feb, 18 2020 @ 04:31 PM
link
No! Have you any idea how much enegy is in the air?
radio waves long short FM AM moblie relay stations, 4G 5$.
then the moblie phones them selfs. TV satalite.
Electric fields from cars and ALL the electrical appliances.

They all give out energy!
if you can make some thing to absorb it.
you have free energy! they will not like it!
and will stop you.

try this. go under a big power line.
have a fluorescent tube. one end to a wire to a rod 2 feet in the ground.
a long wire to the other end and have it to two trees or any thing.
make shour it is Not earth'd. you have free power.