What You Don't Want to Accept, We may be All Alone

posted on Sep, 17 2019 @ 05:09 PM
link
I've been following this subject for years- wrote many posts here and on my own blog that speculate on why 'the Aliens' will not come right out and
admit they are 'here' - Problem is I've yet to see solid evidence that there is any other biological life in the universe.

So I'm watching this video from Top Documentary Films, "Is Anybody Out There" [topdocumentaryfilms.com...] and one
of our favorite speculative scientists on the subject, Seth Shostak is telling us we now know there are many thousands of Planets like Earth out there
- That causes a light to go off; If we now know there are at least thousands of Earth like, life capable plantets out there........This would at first lead
you to believe that sure there must be other life out there.

The problem is we are constantly scanning the Stars and to date we see no solid evidence that there is any other life at all - You would think that
after so many millions of years that if biological life, especially conscious Human like life existed, there would be some evidence of it, right?

Sure we have many UFOs which in fact prove nothing, odd events such as 'Wow' signal, etc., and of course the many cases of supposedly alien
abductions, not one of which has ever been proven without a reasonable doubt, to ever have happened.

But we all love a good alien story, even if is nothing more than science fiction and we want to believe - Like people who want to believe in various
religions but can't prove they are based upon fact, can't prove their Creator really exists - We alien speculators and believers alike, can't really
prove one single alien exists, let alone the myriad of supposed different alien life forms that 'they' claim exist [Greys, Reptelians, etc.]
- the proof is lacking and still doesn't exist.

At some time in the future we may have to accept the fact - Either some type of a creator created life in this universe a faith based belief,
- Or, biological Human life is a freak occurrence, an anomaly that may have only happened here on this planet, and to date has yet to happen,
and may never happen elsewhere.

posted on Sep, 17 2019 @ 05:13 PM
link
The odds of other life being found in our lifetime are shrinking every year. Just look at last week's announcement about a potential planet in the Goldilocks zone with 50% water (potentially).

On our own? I just don't see it being possible. I'm a glass half full kind of person 😂
edit on 17-9-2019 by youcanttellthepeople because: Because grammar

What if it takes an entire universe of random matter crashing into each other to create just ONE or two planets that have life?

What if the other life is so far away that we will never met?

I don't think we are alone. But if we are it may not be a bad thing.

I am also very open to the idea that accent man was visited by ET.

Yet I am also open to the idea that humanity is just a weird cosmic anomaly, now statistically the odds of that are pretty low. As such yeah I think its fair to say we are not alone in the universe, the question though is if other sentient life in the universe has been visiting this little blue ball and as much as I might want to believe I don't think its happening. I do think its possible it has happened at some point in our history but I am realistic. Sure its with in the realms of imagination that a superior intelligence could have achieved inter-galactic planetary travel but I would think such a species is rare, on top of that they would then need to pick our system out of the 250 billion stars in our galaxy alone to come visit and pick out this little spec of dust to visit. All seems statistically highly unlikely.

So while I do think ET exists somewhere out there in the universe and while I do think its even possible that they might have visited us at one time in our past, yeah, we're probably going to be all alone in this tiny corner of the universe for as long as these clever apes walk the earth.

Kind of makes life a little more precious I think when you think of it like that....
edit on 17-9-2019 by OtherSideOfTheCoin because: (no reason given)

posted on Sep, 17 2019 @ 05:22 PM
link
I got no problem with there being no other life in the universe. Most people don't even know the names of their own neighbors and yet hope to be whisked away to another planet someday and learn about how they like to make burritos. If aliens show up, that's fine. It'll be interesting for a few months, then we'll all get bored with it, as usual.

We live and die alone. The goal is to try to scratch out whatever tiny bits of joy you can out of this life before you stare up from your bed or the ground and everything goes black forever.

posted on Sep, 17 2019 @ 05:31 PM
link
a reply to: AlienView
At this point it's all speculation anyway, but given the tiny bit of knowledge we do have about the universe, the probability is that the universe is teeming with life, and likely intelligent life. That doesn't mean we will recognize it or find it...ever. We may not.

And if we are truly alone, that just means it's up to us to get out there and explore. If we survive long enough to do so.


"Civilization exists by geological consent -subject to change without notice." - Will Durant

posted on Sep, 17 2019 @ 05:33 PM
link
The latest Drake's equation with all factors taken into effect shows we may well be alone in the universe.
I believe it.
The Laws of Probability in action and enforced.
UFOs are just that .
Unidentified Flying Objects . Until they are identified. (the term is UAP now)

posted on Sep, 17 2019 @ 05:35 PM
link
a reply to: AlienView
Pretty sure some scientists say singularity will be reached within 10 years, then we will solve all other problems, well AI. Will.

originally posted by: underwerks
Something is here.

Well, of course. Are we not seeing how this is all extremely objective. "outer space" from the perspective of Earth is so insanely minute it hardly registers as a tangible thing... Everyone's head is so far up their own asses. The insanely vast expanse of the universe is so beyond our comprehension... Does life exist? Lol. Yes, dude. Yes.


Well, I personally think theirs only two possible scenarios... Either a god ( or a higher power) exists, or life is abundant within the universe.

Having said that though, I have absolutely no confidence in the ability of our primitive species to ever discover the answer in my lifetime. 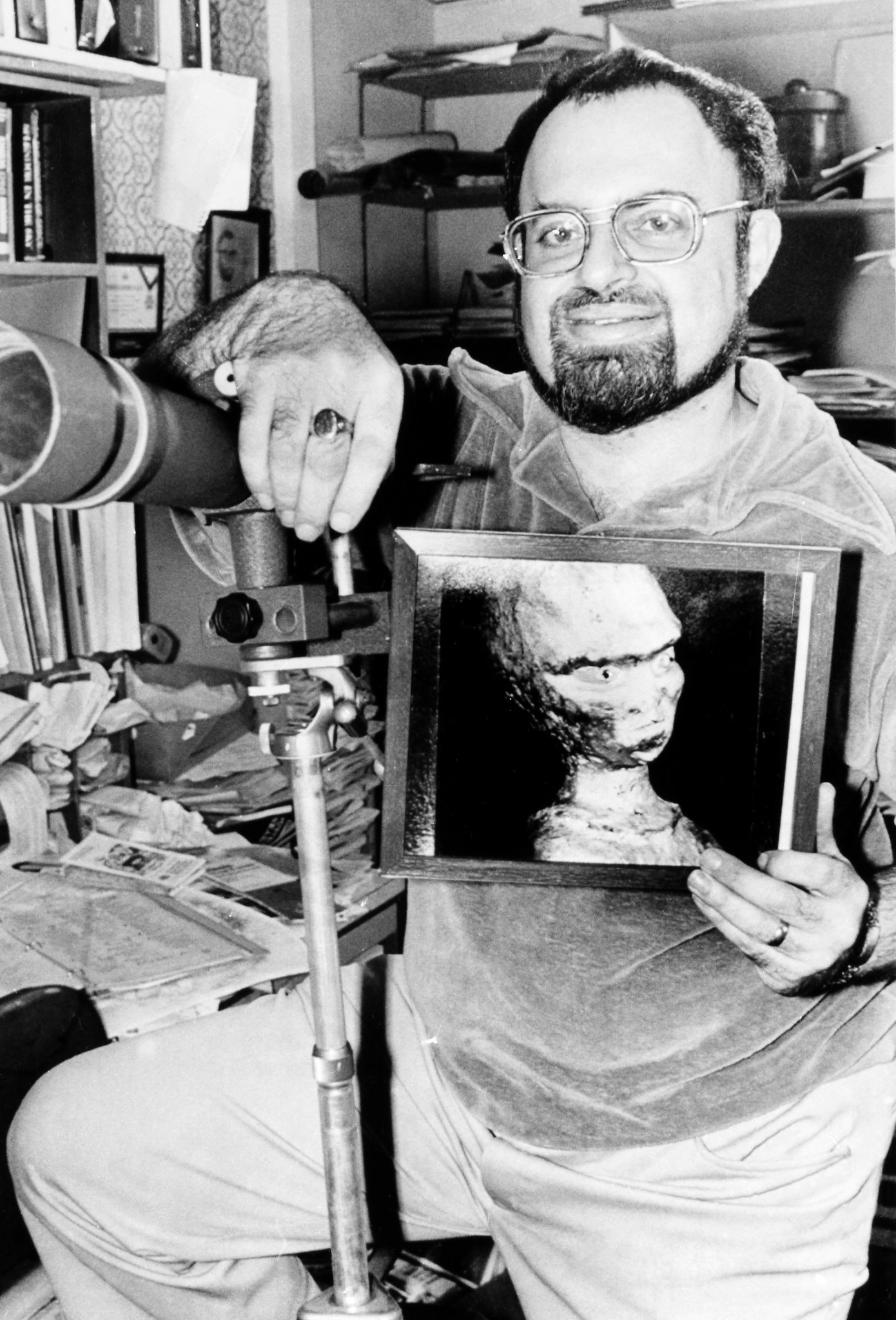 How do we not have enough information? We've been her for thousands of years... I'm honestly lost on why this is even a question. How special do you think you are?

posted on Sep, 17 2019 @ 06:06 PM
link
I roll my eyes every time some dude brings up that old straw man argument, "It's arrogant to think we're the only life in the Universe!" And I think, Jesus friggn' Christ, who in their right mind ever thinks that today? I don't know anyone who actually thinks like that. And then OP shows up.

originally posted by: sine.nomine
a reply to: Subaeruginosa


originally posted by: sine.nomine
a reply to: Subaeruginosa

I was saying it's naive to assume we're alone. We have evidence of life... Us. This universe is insanely large. Why would we be alone? That's crazy to assume.

How about Satan. El diablo....

Nuts and bolts physics can't even come close to explaining the cosmos.....and the ways of the shaman only reveal an infinitesimal part....

There are places that make you question reality.
edit on 17-9-2019 by olaru12 because: (no reason given)