posted on Feb, 9 2019 @ 05:29 PM
link
The 2nd Amendment IS slowly being chipped away at for ALL LAW abiding citizens because of the few Unlawful Cretans that could care less about civility and the rights of the people in the USA. And law makers are ALL about this slowly and surely your constitutional rights are being stripped away bit by bit ... WHEN WILL YOU STAND AND SAY NO MORE? . First few minutes of the video explains it.... or just read the text HRB8


The problem is Americans have allowed themselves to be domesticated! We think it's cute with our puppies and kittens, but too damned stupid to see when our own government trains us. Look at the BS about toxic masculinity being drummed into our childrens brains and tell me I am wrong.


Time to pick a hill to make our stand!!

Trump is not a gun guy.


If he does, and Venezuela turns into what many of us expect....

posted on Feb, 9 2019 @ 05:39 PM
link
So handing down Grandpa's rifles would be out of the question as well I take it. It's just getting so crazy. It'll just make criminals of non criminal people because I don't see many following the letter of the law on this, especially in rural areas.


I would support a fast track for citizenship for everyone from Venezuela who wanted to become a US citizen! They get it!!!

I like the D’s coming out of hiding now, feeling so empowered by there control of the House. These bills will make great campaign ads for the 2020 election. Take back the House, supermajority in the Senate and of course Trump for four more years!

Edit to add: Forgot to mention conservative majority of Federal Judges and Justices for the next 20 years.
edit on 9-2-2019 by whywhynot because: (no reason given)

posted on Feb, 9 2019 @ 05:43 PM
link
The problem they likely see is that they are losing millions in trade fees. This would generate much profit and potus just might view it as healthy for the economy.

posted on Feb, 9 2019 @ 05:50 PM
link
Congress has no authority over intrastate transfers. This cannot be passed at the Federal level without committing perjury and treason.

The only thing this law does is to increase the size of the black market.

So handing down Grandpa's rifles would be out of the question


Looks to me like handing down grandpa's rifles are A OK.

The bill as a whole could actually be named Closing the Gun Show Loophole, whereby unlicensed dealers can sell firearms to any ole stranger with the cash.


I doubt they would let something like that squash their goals.

How bad do people want that wall...lets hope this is not on the table

It would create some gifting of guns and money. 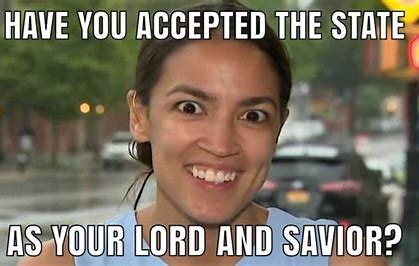 Curious. Are you a firearms owner? Concealed licensed handgun carrier? If so... why? If not.. why not?

posted on Feb, 9 2019 @ 06:14 PM
link
I don't think there's anything wrong with the law at all. If I thought there was some sort of low key push towards eventually making firearms illegal going on here, I'd probably be shouting about this but from my perspective all that I'm seeing is: making all arms sales easily trackable by making sales and transfers of weapons only performable through a licensed dealer. A licensed dealer is simply a guy who wants to sell guns (legally to customers who can legally own them with no worries) who is willing to pass a background check to ensure he has no gang, terrorist, criminal affiliations (having committed non violent crimes in the past, including possession of, but not selling, drugs shouldn't automatically disqualify you and each applicant should be reviewed in detail). Each sale gets registered and each owner is liable for that weapon. Making it harder for guns to fall into the wrong hands and being able to know who purchased a gun after it was found at a crime scene or on a criminal -- oh no, this is an attack on our rights and the second amendment.

In the 1700s, the Forefathers hadn't the slightest clue what the future would be like, how large the nation would be, how big the cities would be. They had no clue that semi and fully automatic firearms would ever exist, let's be honest. That said, the intent of the second amendment and the reason for it is still true and relevant, plus you can't simply grandfather clause or white out an amendment of the constitution. However, in 21st century real life, we have to be realistic and practical about how we allow it to be utilized. In other words, it can never be striped or taken away, even if it proves to be obsolete or becomes an exploited problem, but we as a nation can regulate it for the better good. That means every citizen who can legally own a firearm and wants one can own one, or five of them, easy! You just have to get it from the official sources but no worries because you're not about to goto war at home or abroad, you know when you're going to go hunting and buy it ahead of time, or if you're a collector, you wait for it and then you put it in a room with all of the others.

Even if you prove that guns are being sold to criminals and future killers, that guns in crimes are bought in crimes, this still shouldn't bother you to the point of protest. No one is going to say you cant own a gun, no one is going to try to seize your guns, you probably don't like having to wait and having to only buy from certain stores but I'm sure patients who are prescribed medications wish they could easily go on the internet and find competing pharmacies with dirt cheap prices on their controlled substances. Things that are dangerous are controlled. I wish I could buy alcohol after midnight. What's the point of a 6 hour window where I can't buy it, 12am-6am? What is that really going to accomplish? Stop the crazy DUI guy from chugging another steel reserve at 3am before killing someone in an accident? Extremely, extremely unlikely. Very statistically improbable. Those of us who responsibly drink alcohol, even excessively would never in a million years be that guy, much less be at 7-11 after midnight for alcohol that would contribute to a DUI. Nonethless.. these safeguards are put into place.

So that no one could buy or sell without the mark- the name of the beast or the number of its name. -Rev 13:17

This is tantamount to universal gun registration. Watch them un-grandfather the grandparent clause, then have the FFL dealer run a background check on both parties; then charge $200 for the service.

Call this "the Poor can't own guns" bill.

Guns are for the licensed bodyguards of the elite. Not for you

originally posted by: cynicalheathen
Congress has no authority over intrastate transfers. This cannot be passed at the Federal level without committing perjury and treason.

I understand that you may be incensed. But throwing around terms like perjury and treason makes people who know a little about the laws pertaining to perjury and treason think that this is just another mindless wackaloon rant by a gun nut. Please convince us otherwise by citing the particular sections of the U. S. Code that define regulating intrastate commerce as being either perjury (Perjury??? Really???) or treason. Thank you. FYI - If I get hired to fly my airplane from Miami to Pensecola, flying entirely within the state of Florida, does that mean the FAA is committing treason and perjury by making me use a licensed pilot to do the flying, or can I pay one of the Mexican teenagers at the corner carwash to fly it? I like our FAA inspector and would hate to see him hung for perjury and treason.