originally posted by: UniformKilo
a reply to: Grambler

So if it comes out that Trump is actually working for Russia that would be less damaging than what Hillary and Bill have been accused of. Man that is crazy, cause that is possible, far fetched yes but with the evidence piling up I would not be surprised if it was the case. Trump has been wanting to get into Russia for quite sometime and this was his big chance and he might have sacrificed us for his betterment, I for one would not be at all shocked, he is not in the oval office to help you me a Joe down the street, he is NOT a public servant, he is out of himself and his family nothing else. If you do not believe that, then you sir, maam, zim, zer have drank way too much of the Kool-Aid

I dont believe you and I hate Kool-Aid
Done
Next

originally posted by: UniformKilo
a reply to: Grambler

The trail always leads back to Hillary, I get it she is a bad b*tch that has got away with much but to have to add this into every instance of the Crimes (with a capital C) committed by other seems a bit petty. I am not a Hillary apologist I believe that anyone who has done the things that she has been accused of should be investigated but it has very little (really none at all) to do with this issue.

Buts it’s not about Hillary

You don’t hear me chanting lock her up

It’s about the fbi and intel agencies

And so this is another example of that

Bringing up the others that lied to the fbi like mills and Abedin is just proof that these agencies are not interested in justice, but rather taking down anyone critical of them

I guess I could go to the dollar store and get you some deodorant.

If your money is being furloughed, pay in iou 😉

Muller is like a chess player. Patiently waiting watching. 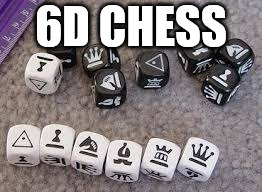 Roger "The master buIIshItter" Stone.
edit on 25-1-2019 by mekhanics because: (no reason given)

posted on Jan, 25 2019 @ 09:06 AM
link
a reply to: UKTruth
You are not thinking it through.
He lied about it. He lied about his association with Assange and Wikileaks. He lied about supplying that information to the trump campaign. Thats what he is arrested for.
And of course this has everything to do with trump and the campaign.
Who was the high up in the trump campaign who was receiving this or asking for this?
Jr?
Mueller so far has not been on a fishing expedition. He has been moving ahead and a pretty steady pace.
I know you guys are going to try to distance trump from him but they were buddies going way back.

If logic follows then Corsi gets arrested next.

If Mueller truly is going to wrap this up within the next month or so then I expect arrests to continue over the next few weeks.
He may be trying to get these all in before Cohen testifies so that Cohen isnt giving away secrets.

The information leaked was stolen e mails...
stolen by the Russians..,
how did Assange get them?

originally posted by: Grambler
a reply to: UniformKilo


Trump is so hands on in all his affairs, but when it comes to the Russians he knew nothing about it only all his senior staff. They have continued to lie about the Russian issue, remember when the Trump Tower meeting was about adoptions?


The agencies are made up of all the partisans this country has to offer, to think one political persuasion took it over isn't very realistic.

And a RAT. Dont forget that.

I guess I could go to the dollar store and get you some deodorant.


If your money is being furloughed, pay in iou 😉

Muller is like a chess player. Patiently waiting watching.

posted on Jan, 25 2019 @ 09:11 AM
link
It was getting a little light on the Muller investigation news ... now we can talk about how Stone is going to turn on Trump for about a year... until altimaly nothing comes of it but him saying "I'm to afraid of testifying in front of the house committee because Trump made threats against my daddy"

This will bring us right into the main election cycle for 2020.

As I just explained, what exactly is Stone going to "flip" about? The chain of events is simple and obvious, and by itself does not break any laws.


The charges states Stone was in direct contact with organisation 1 (Wikileaks) about the hacked emails and about the release of said email, and Stone was also in contact with the Trump campaign about these emails. Apparently there was laws broken considering 7 charges have been filed.

OK, obviously you're not understanding the charges. The charges against Stone all relate to him lying to the House committee about his contacts with WikiLeaks.

The contacts, in and of themselves, are not illegal. If they were, thousands & thousands of journalists would be sitting in jail right now.

And I also wonder how CNN just happened to be there with a TV crew.
Somebody has a serious security leak.

We should reference this thread for when a democrat gets busted for something and all the right-wingers are celebrating while the left blows it off as nothing to even pay attention to.

Just an FYI from someone who thinks both sides are full of dipsh!ts, when you guys start the personal attacks on other posters for involving themselves in these discussions, while you might feel empowered for a second, you come off as insecure children lashing out on the playground and you’re just reinforcing the stereotypes that come along with your party of choice.

The dude lied, he got busted. I wouldn’t be surprised if CNN has someone parked up the street from everyone Trump has shook hands with in the last 6 years, so I’m not surprised they were there to catch it. It’s not like they need people around to write quality content.

The only thing that’s actually surprised me about this thread is that I haven’t seen a “This is it!! Trump is going down!” post from those I’d typically expect it from.

Stone is wondering what took Mueller so long.

Like the Ruth Ginsburg obituary. The "Roger Stone Indicted" material has been ready to go ever since Stone said he expected Mueller to indict him. That was last October.
edit on 1/25/2019 by carewemust because: (no reason given)

I barely knew him..

all 4 of the panelists said enthusiastically that the special counsel was a witch hunt.

Of course they did. They are all in the cross hairs for Robert Mueller.
Dont make me laugh.... 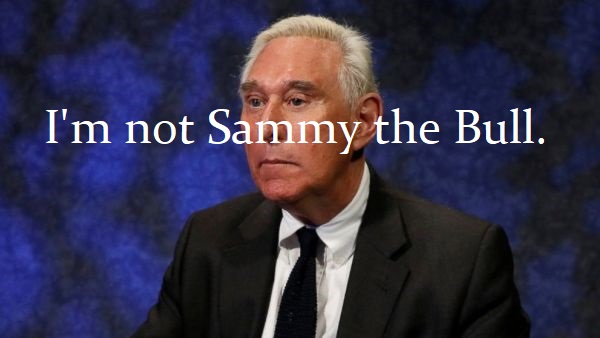