originally posted by: a325nt
CNN watched them enter?
Why would they know to be watching this guys house at 6am?

I am pretty sure, Stone has been watched, by CNN, as this was expected to happen. In fact I would have thought it would have happened sooner than yesterday.

The CIA is looking hard at Kushner and his family's foreign connections especially the connections to foreign banks that may have been sanctioned by the US.
I think if any of the kids ( I hate that these adults are cloistered as children) were going to be arrested it would be the very last thing before Mueller wraps this up.

Does this mean you're not going to partake in Ante's Patron?

originally posted by: gortex
a reply to: Trueman

We need to know if the information he gave is false or not. We need evidence too, regardless the source.


originally posted by: [post]soundguy[/post]
Lol..... the law is the law pal. Piece by piece the trump crime family is going down. a reply to: [post]southbeach[/post]

Well considering none if his family hasn't gone down, pretty hard to see your perspectice.

Than again, your an anti American with no credibility and an extreme case of TDS, so anything you post is laughed at.

anti-american! that is so childish! right-wing-blabla...

lol, I'm sorry you seem to be jovial this morning, another buzzfeed HIGH?

I'm sorry, did you think this means anything?

hm. i never was on buzzfeed. i'm not a lefty, what ever that means. i'm normal middleclass. working everyday, paying my bills, living a normal life in good old and right now very cold munich. and, yes, your comment is childish.

I didn't ask for your lifes achievements, however small and pitiful they may be, I'm responing to your post and declaring your happy mood as redundant in response to this.

Youre just one of the classiest fellows on ats, huh?

The information leaked was stolen e mails...
stolen by the Russians..,
how did Assange get them?


The e-mails came from Seth Rich. Julian Assange has all but admitted this is true.

as best as i can tell, this a turd in need of flushing.

posted on Jan, 25 2019 @ 09:22 AM
link
All these people that stole stuff should just give it back. That is what i was taught young. Never a good idea to tell non truths and attempt to cover tracks with non truths. Could you imagine trying to do business deals with djt and his gang....

posted on Jan, 25 2019 @ 09:23 AM
link
This furthermore shows how corrupt MSM really is,CNN trying to win their party votes.This country is in major danger of division.Nothing Roger Stone did that is a major dangerous crime....They pretend like this stuff is very very very dangerous.

I hope you got an applause for that.

as best as i can tell, this a turd in need of flushing.

Let's rework that into how our government is currently operating... We could use a water crisis analogy.

If it's yellow let it mellow.

If it's brown flush it down. 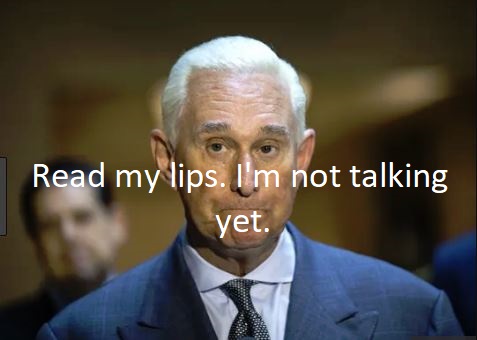 
Is this a common human trait?
If so this explains my own morbid curiosity about Martha Stewarts arrest and jail sentence.

posted on Jan, 25 2019 @ 09:30 AM
link
This only proves how dangerous MSM has become,no arrest for Hillary Clinton yet,100% proven liar about classified e-mails and illegal gun running operations,which are against the Constitution,zero indictments for Hillary Clinton........All corrupt to win votes..

posted on Jan, 25 2019 @ 09:30 AM
link
This only proves how dangerous MSM has become,no arrest for Hillary Clinton yet,100% proven liar about classified e-mails and illegal gun running operations,which are against the Constitution,zero indictments for Hillary Clinton........All corrupt to win votes.. 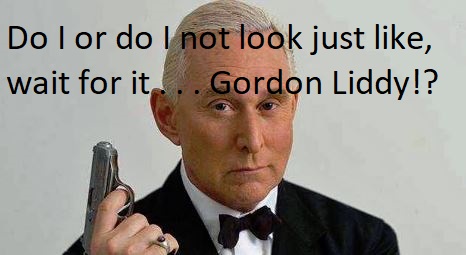 This only proves we can't have a thread about Roger Stone without who committed a crime and OMG he might have to atone to it without having Hillary mentioned more than the person the thread is made about.

What happened around Hillary wasn't cool. But it also shouldn't be where the bar is set, and more importantly the excuse for other people when they do something wrong.

The government isn't our parents, and we can't just get mad when we get punished for our misdeeds while kicking and screaming "Well you didn't get mad at little Tommy when he did ________".

Partisan politics is what makes our government so corrupt, the die-hards stick by their guy no matter what and use examples as the other side to justify their misdeeds.

I hate to be "that guy", but you're part of the problem.

Have a nice weekend
edit on 25-1-2019 by CriticalStinker because: (no reason given)