posted on Oct, 20 2018 @ 10:37 AM
link
This, well China can sure have some ambitious plans, especially when it comes to space. Their idea is that putting these fake moons with eight times the reflective capacity in low orbit over their core urban areas will help them offset electricity costs by way of increased lunar illumination. It almost sounds asinine like the episode of the Simpsons where Mr. Burns blocked out the sun. But either way, it will surely be interesting to see how it gets executed and witness the results. I am however somewhat concerned as to what effect this could have on the natural migratory and reproductive cycles of certain animals, marine species and even insects. The moon does its thing for them. At least these would be limited in effect to the areas over China.

Of course there is another theory. That these will not be artificial moons at all, but that the aliens have chosen to hang out with China and this fake moon proposal is just the cover to explain why there will be four giant things over Chinese skies for an indeterminate period of time after 2020. Well, we only got a handful of years to find out how this goes anyways.

China is planning to launch its own 'artificial moon' by 2020 to replace streetlamps and lower electricity costs in urban areas, state media reported Friday. Chengdu, a city in southwestern Sichuan province, is developing "illumination satellites" which will shine in tandem with the real moon, but are eight times brighter, according to China Daily.

The first man-made moon will launch from Xichang Satellite Launch Center in Sichuan, with three more to follow in 2022 if the first test goes well, said Wu Chunfeng, head of Tian Fu New Area Science Society, the organization responsible for the project.

Though the first launch will be experimental, the 2022 satellites "will be the real deal with great civic and commercial potential," he said in an interview with China Daily.

By reflecting light from the sun, the satellites could replace streetlamps in urban areas, saving an estimated 1.2 billion yuan (USD 170 million) a year in electricity costs for Chengdu, if the man-made moons illuminate an area of 50 square kilometers.

In addition to Tian Fu New Area Science Society, other universities and institutes, including the Harbin Institute of Technology and China Aerospace Science and Industry Corp, are involved in developing Chengdu's illumination satellites.


Im still betting this is a cover for the alien craft that will be over their skies starting that year. Also, they seem intent on going forward with a lunar probe to explore the dark side of the moon.


As China's space programme races to catch up with that of the United States and Russia, a number of ambitious projects are in the pipeline, including the Chang'e-4 lunar probe - named after the moon goddess in Chinese mythology - which aims to launch later this year. If it succeeds, it will be the first rover to explore the "dark side" of the moon.


The Chinese are wasting no time getting into space with ambitious projects. Read this other thread to learn more about their plans for human space flight
China's Path Forward for Human Spaceflight

I was reading about this yesterday. I like the UFO idea that you threw in the mix! But hey man if it works then that’s cool I guess. Sucks for stargazing though.

I agree. Just how much light could be reflected down to a specific location could be produced from a small statlite. The moon is huge and offers reflected light to the earth. How huge might these satalites be to offer any light to earth at all. Might they have magnifying lenses? Might they be ''space flashlights'' beaming at those cities? Man it makes no sense.

What does make sense is that they could be lazers set to beam focused energy as a weapon with just a little change of targeting. Switch from proving a dim light from way up in the sky for a couple of cities to high powered weapons that could target anywhere on earth.

Yeah, to me this whole issue stinks.

I am not poo-pooing the thread but how much light is a tiny satellite supposed to provide?

Even on a full moon night, how much of that moonlight even makes it into a major urban area? How much energy will they save by turning off street lights?

Now, If they are simply abandoning night lighting all together, ala medieval times, save for these mini-suns then that is another story.

The UFO story makes about the same amount of sense

I agree. Just how much light could be reflected down to a specific location could be produced from a small statlite. The moon is huge and offers reflected light to the earth. How huge might these satalites be to offer any light to earth at all. Might they have magnifying lenses? Might they be ''space flashlights'' beaming at those cities? Man it makes no sense.

What does make sense is that they could be lazers set to beam focused energy as a weapon with just a little change of targeting. Switch from proving a dim light from way up in the sky for a couple of cities to high powered weapons that could target anywhere on earth.

Yeah, to me this whole issue stinks.

Listen here Dr. Evil...haha
I suggest you look at visual representation of how far away the moon really is, then take a look at how close low orbit really is. It will be surprising I promise.
You can watch the ISS fly over and it’s not all that big. You could go much bigger with reflective nano material. Pop that baby open in space the size of a large city miles across.

Yeah, I"ll have to see this to believe it. If it is as advertised then wow for us all. New tech serving the whole world. Great. Let's get with it. I just remember how video games were such an innocent game of skill three decades ago. And now that tech has trained bunches of drone soldiers, controlling advanced weaponry from consoles from the safety of hidden bunkers.

posted on Oct, 20 2018 @ 03:46 PM
link
I hope they get sued by every ass hole that has unwanted light shining through their bedroom window.

posted on Oct, 20 2018 @ 04:22 PM
link
The power grid has a base load as you cannot turn off large power stations. With a larger demand for electricity in China (more people more factories) you have a larger base load.

Most people go home and go to bed when Street lights come on (in the evening) so the demand for power drops and that base load generally exceeds demand, you don’t run power stations at night for street lights, you run them because you can’t turn them off.

I suspect this has more to do with China wanting to up its production and create essentially 24 hour days. Without night, you can change the body clock, stop paying shift work and run everything 24/7 basically 2 shifting the whole city.

posted on Oct, 20 2018 @ 04:38 PM
link
I wonder if the artificial light they create will be able to make it through all the pollution ? Wonder what other electronic goodies they will be installing in the artificial moons ? I imagine Google is all goo-goo-ga-ga at the potential contract and working very closely with China on the idea, soon to develop into an Amazon Warehouse + in the sky hovering over a state near you.
edit on 10/20/2018 by DJMSN because: addition

originally posted by: Allaroundyou
a reply to: worldstarcountry
Sucks for stargazing though.

Like you can actually see the sky in China anyway lol. 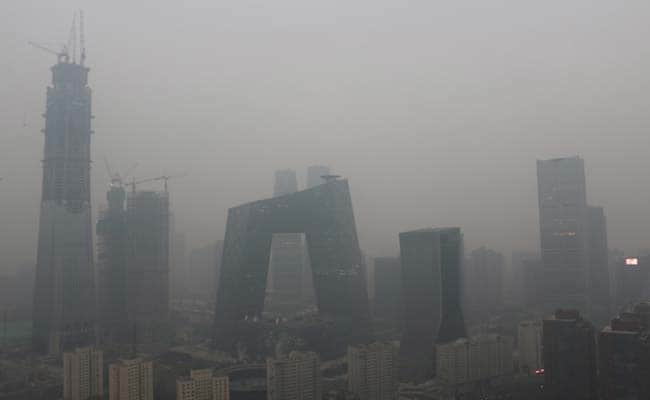 Damn we already have far too many neon lights and digital billboards in Chinese cities, you can't see a star in the night sky in Beijing, Shanghai, Shenzhen or Guangzhou. Light pollution is a real problem in Chinese cities.

I moved to a suburb of Guangzhou and it's better coz there are no major shopping malls on the main road where I live now but across the cityscape I can see the towering building with lights and a haze of lights.

We don't need to stupid moons to light up the night time. For starters in major cities the subways close at 10:30. I had to ride a share bike home 12 km last night after playing football with colleagues. Everyone who isn't a barfly is finding their way home before 11pm.

I nearly made a post about the smog yesterday. Some of the light will be reflected back to space and some will be diffused into the smog. Same principle as car headlights in mist and fog.

China's lucky enough not to need permission from its population. "Say goodbye to night-time dear comrades and good citizens! The light of Mao shines upon us all forever. Your leaders love you."

Ask a voter if they want a permanent day and the unanimous answer is likely to be something like, "GTFO."

I'm curious why they've ruled out different configurations of light masts and directed LEDs. What was wrong with solar power if it's really a money saving plan? How do they plan maintenance of the satellites?

posted on Oct, 21 2018 @ 04:10 AM
link
Or perhaps the 8x brightness is in low operating mode and can extend out with deployable parabolic mirror array making a single satellite 20x brighter.
Then in unison with the other number if satellites they choose to launch being focused to a single location.

That is one massive space las.... Omg, they're making Icarus a reality... (James Bond: Die Another Day)

posted on Oct, 21 2018 @ 04:32 AM
link
I had to read it twice when I saw it in the news. I came here to see what the real story was as i normally do.
The magnitude and logistics of doing something like this is simply astonishing. If they could pull it off, it certainly would be a moment in history.
Can they do it? We got to the moon against all odds, so why not.

It will be interesting to hear what other countries have to say about this. They can't stop them doing it but can voice concerns about what they are ACTUALLY doing up in space.