page: 1
35
<<   2  3 >>
log in
join
share:
xtradimensions
+16 more
posted on Oct, 6 2018 @ 10:41 AM
link
Some Kavanugh protesters seem to be mindlessly repeating anything their “leaders” tell this to say in bizarre and unsettling display where the protesters appear to be robotically parroting whatever they are told to say. These protestors appear to be students who are being taught to not think for themselves while being indoctrinated into repeating anything their professors or leaders tell them to. It is like a creepy version of Stepford Students instead of Stepford wives.

Aren’t our colleges srupposed to teach students to think critically and to most importantly think for themselves? Instead they have become breeding grounds for group-think and borderline mind control. These protesters are repeating everything their leaders tell them to say like they are kindergarteners.

Sadly, these protesters sound like sheep instead of people with their own thoughts and opinions.

I think the way it works is that they repeat the script that they were trained to repeat by the people who are paying them to protest. If you stray from the script you don't get paid.
edit on 6-10-2018 by MRinder because: Spelling

posted on Oct, 6 2018 @ 10:57 AM
link
a reply to: MRinder
Maybe they are getting paid. I thought the “leaders” appear to be college-professor types, but I am sure being paid isn’t out of the realm of possibility.


Well it has been my experience that college professor types can look very similar to the I live in mommies basement types. They are usually very similar types of creatures and almost indistinguishable at times.

posted on Oct, 6 2018 @ 11:01 AM
link
Look up Whole Brain Teaching on Youtube that they implemented with Common Core. Those scenes were a perfect example of it and it's scary sh*t. Straight up indoctrination training.

posted on Oct, 6 2018 @ 11:02 AM
link
Some of the left are programmed. But I believe a large percentage know they are lying and don’t care in order to push their narrative .

Logic dictates that in such a large group of people not everyone could be that dumb.

“ The ends justify the means “

They should get that tattooed on their foreheads.


Well I found that cult like brainwashing to be quite disturbing.

posted on Oct, 6 2018 @ 11:09 AM
link
That's why they are called "political activists". They get paid to be active around a particular political agenda. On Sky TV we have an interview with people who are bursting into tears because they think Kavanaugh being voted into position as a judge means Washington is hiring criminals to run the legal system.

Of COURSE this isn't spontaneous and grassroots. This is how evil forces organize the lemmings of the great god of virtue signalling for diabolical purposes the lemmings aren't aware of.

That was creepy AF 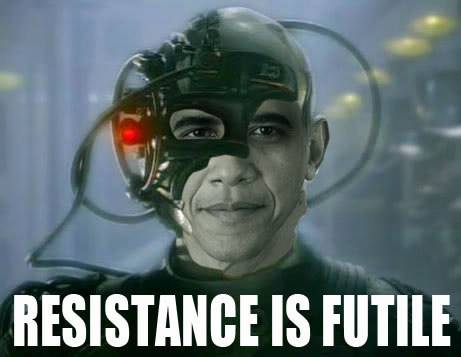 ...and thine is the kingdom, and the power, and the glory, for ever and ever, Amen...

The title and the second video would be enough to figure out who are you talking about.


I believe he is not guilty of any of these sexual assault charges. The Democrats slandering him with these allegations are despicable.

But the fact he helped get The Patriot Act passed does give me pause in my support for him.

"The documents show that Kavanaugh assisted in the effort to pass the Patriot Act and drafted a statement that President Bush incorporated in the bill signing. Kavanaugh wrote that the PATRIOT Act will “update laws authorizing government surveillance,” which he claimed, and President Bush then restated, were from an era of “rotary phones.” In fact, the PATRIOT Act weakened numerous U.S. privacy laws"
[link to epic.org (secure)]

I know you can say he was just doing his job, but in this action he helped to erode some of the protections afforded by the constitution. He does as you put it "play ball".


In the early 2000s, Brett Kavanaugh was an associate on one of President George W Bush’s legal councils. As part of his role on this committee, he assisted with the drafting of the infamous PATRIOT Act. To put it simply, this law tremendously increased the government’s surveillance powers, weakened former privacy laws, and led to the unconstitutional surveillance state we live under today. The PATRIOT Act laid the foundation for the wiretapping, data collection, and NSA spying that would soon follow.

For a supposed “constitutionalist”, it seems that Kavanaugh was actively in support of the highly unconstitutional practice of massive unwarranted surveillance. Such immense powers in the hands of government is more tyrannical than anything the Founders could’ve dreamed of. Therefore, Kavanaugh has shown that he clearly does not support the constitution as it was written and should not have the authority to interpret it.

I can't wait for the after confirmation meltdown, should be epic.

Saw one cop walk by with about 100 zip tie cuffs.


you can goto craigslist and Jobs2Careers, Indeed, or any large job classified database and type in "ACTIVIST". see most protestors are not paid but the organizers are paid.
in certain hotzones or places of trending political interest organizations will pay "Actors" to organize or antagonize in larger numbers.
the reason for violence or destruction of property is to draw media attention,
once media is showing the protests the average naive person sees all these angry people and assumes that their countrymen are genuinely upset over something.

when in truth maybe 10% of those present at a protest are actually ticked about some perceived injustice, the rest are there to draw attention to an issue.

I usually will study photos and even have members of Anon community helping create a compiled database of the photographs to begin investigating to see who the "Travelers" are based on identifyiing them in different protests through photography.

You can always look for the organized groups and look at their signs and flags, do they appear of professional quality or made by machine rather than a box of markers? if so then that required money to put together, Red Flags, Masks and such could be ordered online but to have an entire group bedecked in professional flags and signs is usually a strong indicator that they have been financed by some party or organization for their participation....

its not hard to finger a paid group, now eyeballing their actual leader is more difficult, as I have noticed some organizers hover "Near" the group they are overseeing but will appear to be a photographer who just happens to be near them while in every shot you see them in they never seem to be taking photos. also look for headsets and ear pieces that would indicate they are in communication with someone directing the protest group or an unidentified party giving directions from elsewhere.

heres a list of what should give you an idea of what paid activists get paid on average www.indeed.com...