Hollywood actor John Leguizamo had a meltdown on Twitter, Tuesday, after a Breitbart News article appeared in his Google search results.

Hahaha Seriously? Has it really gotten THIS bad? I'm afraid so.

Why is the heinous #breitbart popping up as my 1st choice on google?! And the next 4 choices just as offensive? This is not my google! ⁦@Google⁩ ⁦@madebygoogle⁩ ⁦@googleanalytics⁩ ⁦@GoogleTrends⁩ ⁦@googlechrome⁩ I want my #google back or I want out! pic.twitter.com/KpTdaV0fSC

Woah... Slow down there buckaroo! Once you are captured by the Google... There is no way out. You're theirs for life. This is the really real world. There aint no coming back.

No more playing nice with Republicans because they have never played nice back!! Fight back and fight back smart and till the bitter end!! F$k civility! They ain’t never been civil!! t.co...

F$k civility! They ain’t never been civil!! ? Wait.. Is that some kind of double negative? Whatever. So are republicans the problem here?

Yeah, that's not the vibe I'm getting... Especially when we're referring to politics in Hollywood, the "news", food chains... Hell... Planet Earth in general. It's pretty sad when you call your own people, your own race cockroaches if they're republican. I'm not even kidding.

“Latin people for Republicans are like roaches for raid… It doesn’t make sense,” the actor proclaimed. “[Republicans are] not for us. You’re not for my values.”

Sure, the source is Breitbart, but I dare anyone who thinks it's BS because of the source to find a counter to the source and The Pest's own Twitter. why would anyone want to watch him?
that dude is angry.

I really wish celebrities would shut the hell up when it comes to politics. I'm getting tired of not enjoying actors I used to enjoy because they seem to hate me. Kind of #ty to be called a cockroach because we don't fully share beliefs. I guess he used that word since "Tio Tom" doesn't quite have the right ring to it. lol

posted on Oct, 3 2018 @ 09:13 AM
link
a reply to: OccamsRazor04
There are laws against that you know........
United Nations General Assembly adopted the Universal Declaration of Human Rights (UDHR). Article 5 states, "No one shall be subjected to torture or to cruel, inhuman or degrading treatment or punishment."

We all know those rules don't apply to Republicans because they are not people they are Nazi Cockroaches.

originally posted by: Necrobile
Kind of #ty to be called a cockroach because we don't fully share beliefs.

Believe me he's going to be called worse here before we get off the first page.

Well there are always exceptions......

How weak minded and fragile has our society become?
edit on 3-10-2018 by watchitburn because: (no reason given)

posted on Oct, 3 2018 @ 09:26 AM
link
Cracks leaking reality into the liberal dominated Google alternative reality bubble must be very upsetting and stressful for anyone that has been living inside that bubble.

Very sorry Mr Leguizamo had to be exposed to it this way.

You take the blue pill—the story ends, you wake up in your bed and believe whatever you want to believe. You take the red pill—you stay in Wonderland, and I show you how deep the rabbit hole goes. Remember: all I'm offering is the truth. Nothing more.

What's a has been,never was actor going to do?

posted on Oct, 3 2018 @ 09:31 AM
link
a reply to: StallionDuck
Well considering I have never really seen raid be that effective, I will stick to my Republicans. I told my friend, soap and dish detergent, and those suckers will pop sometimes right before your eyes. His dumb ass insisted on using the raid, following the bugger from the floor, and even spraying him up the wall. It was quite hilarious, because we were all stoned.

Finally he just squished it, looked at me and said "guess I will try the soapy water". Soapy water is the only thing my dad uses now, and I have almost won him over to the Red side. Red is revolutionary, don't ya know?

I pray these assholes afflicted with TDS keep going all in right up until Nov.

These idiots are so out of touch with regular Americans. They have no clue every time they proudly display their derangement the #WalkAway movement wins. 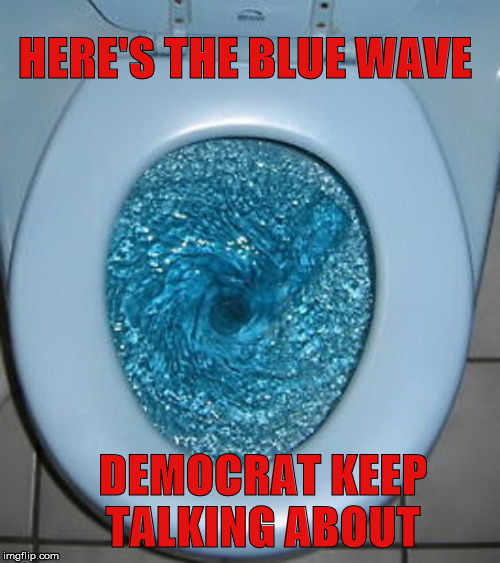 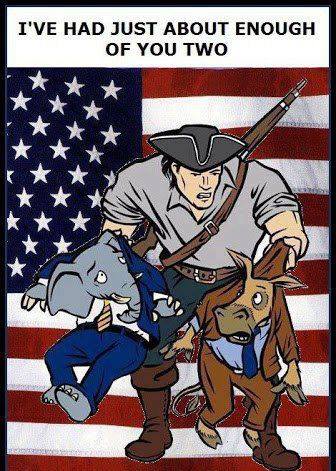 originally posted by: Xcalibur254
a reply to: StallionDuck

It's kind of like pinning the tail on the donkey. No matter how many times you miss, the donkey still has that tail.