It's Trump's Fault That The Flow of Foreign Students Wanes & U.S. Universities Feel the Sting

posted on Jan, 9 2018 @ 08:05 PM
link
Ut Oh. Foreign student are drying up as a revenue stream for colleges. The foreign students pay double for the education here in the states. That spells big bucks for the colleges. But as the story will tell you, Trump is crapping all over the picnic.


Just as many universities believed that the financial wreckage left by the 2008 recession was behind them, campuses across the country have been forced to make new rounds of cuts, this time brought on, in large part, by a loss of international students.

Schools in the Midwest have been particularly hard hit — many of them non-flagship public universities that had come to rely heavily on tuition from foreign students, who generally pay more than in-state students.


Trump admin is scrutinizing visas and banning travel from certain nations. How dare there be a concern about Visas? Do we remember 911 and the visas?


And since President Trump was elected, college administrators say, his rhetoric and more restrictive views on immigration have made the United States even less attractive to international students. The Trump administration is more closely scrutinizing visa applications, indefinitely banning travel from some countries and making it harder for foreign students to remain in the United States after graduation.

One of the hi-jackers was here on a student Visa and never attended school. And 14 others came into the US on tourist Visas. So yes looking at Visas is a good idea, even if the colleges may have to lower tuition costs to attract students.


The fact is, only one of the 19 9/11 hijackers came to the U.S. on a student visa, according to the 9/11 Commission Report. That one was Hani Hanjour, a Saudi Arabian terrorist who piloted the plane that was flown into the Pentagon, according to a 2004 staff report of the National Commission on Terrorist Attacks Upon the United States. In his student visa application, Hanjour provided paperwork showing that he was enrolled in an English as a second language program in Oakland, Calif., but he never attended after arriving in America (a fact that would draw scrutiny today). He did not, however, overstay his student visa.

Of the other 18 9/11 hijackers, 14 came to the United States on six-month tourist visas and four came on business visas, according to the National Commission on Terrorist Attacks Upon the United States. Once in the U.S., two of the hijack pilots applied to have their immigration status changed to vocational student, but neither used such a visa on their subsequent re-entry into the country.

The jig is up. Many Millennials are not falling for the HUGE debt and little in ways of job opportunities from the corps out there. And of course birthrates being down, and that could also be because of the economic factors that make having a baby really really stupid.


The shift comes just as some states also are experiencing a drop in domestic students, partly the result of a decline in birthrates two decades ago. This year, the number of domestic undergraduate students dropped 224,000, or 1 percent, according to the National Student Clearinghouse Research Center. 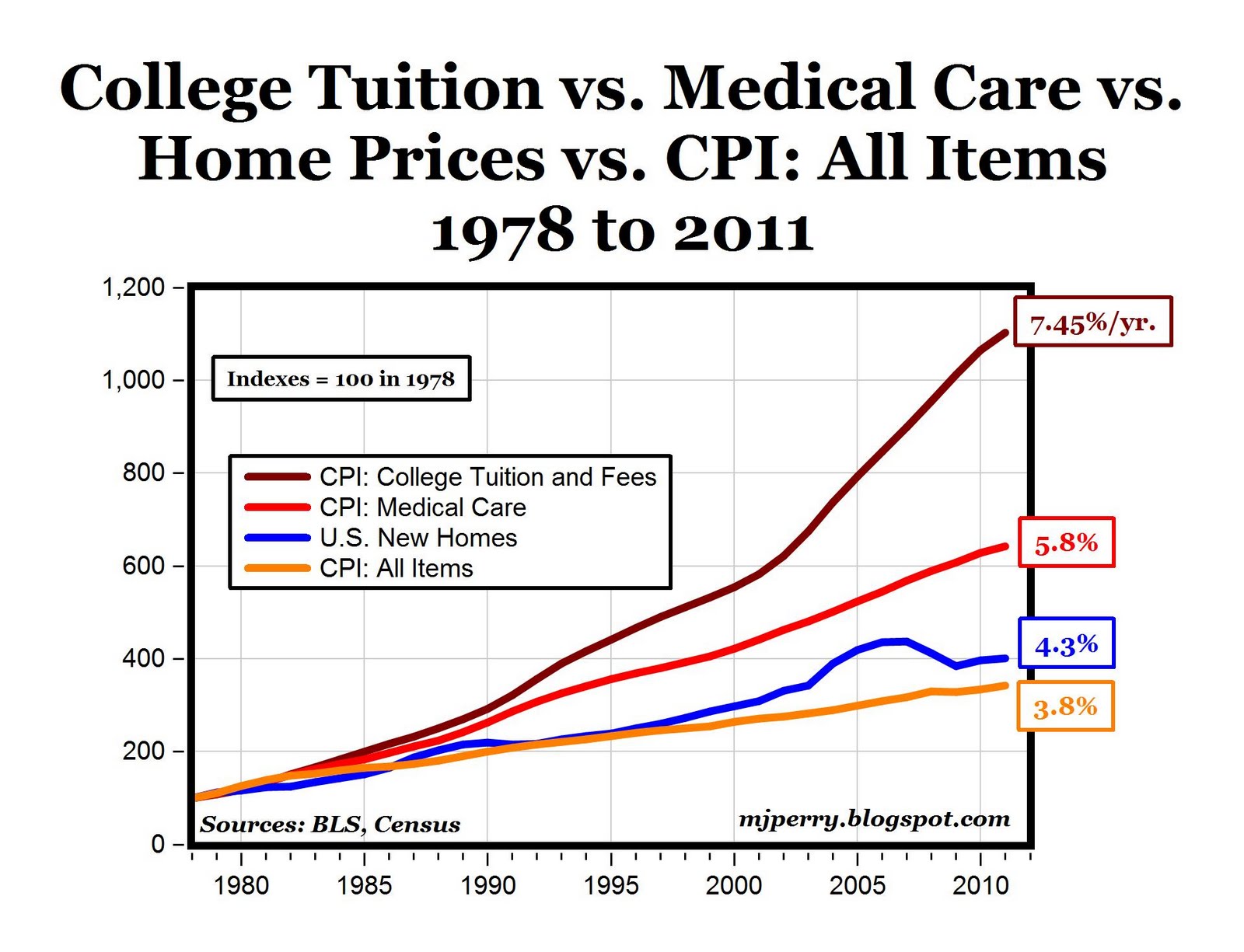 And maybe the "free" college ed in other countries is a much better idea than dropping double the US citizen's cost.


7 countries where college is free
1. Brazil: Brazil's universities charge registration fees, Noack notes, but they do not require regular tuition. Many of them also offer courses in English.

2. Germany: Germany has 900 programs in English, and is eager to attract foreign students to tuition-free universities due to the country's shortage of skilled workers.

3. Finland: Finland doesn't have tuition fees but the government does warn foreigners that they have to cover living expenses. Imagine going to college and only worrying about room and board.

4. France: France does charge tuition – but normally around 200 dollars at public universities. A far cry from what you'd pay in the United States, even in a state school.

Good news to me. Now perhaps they will tighten up their budgets and make more offers to US citizens.

Hm, sounds exactly like the medical industry, I wonder if you have no sympathy for them as well??

There must be a huge pile of $$ some where.
The cost of education was brought up in the election and Sanders wanted to do free college ed like other countries do. I guess the US wants to be competitive in Corp tax rates not education costs.

From the thread. The medical industry is 2X the cost of the next lowest industrialized nation. Capitalism is supposed to force out inefficiency, must be something wrong with the system we are using here in the US.

posted on Jan, 9 2018 @ 08:21 PM
link
College is a scam for the most part these days, you get out of college with your degree and a mountain of debt that you're stuck paying back for a good portion of your life. They price gouge literally everything in college, a single book (that changes slightly each semester to force students to "update" or fail the class) costing hundreds of dollars a pop, and that's just one example.

Student debt is the next bubble that will pop and it's going to be catastrophic for a lot of younger people. It's a shame what this country has done to the education system, all in the name of capitalism and profit. Makes me sick.


There is definitely a giant pile of worthless middle-managers in education, just as there is in for-profit healthcare. But don't crap all over them, they hate that and there are far more of them than there are productive makers in our society.


There must be a huge pile of $$ some where.


It's in Administration salary's and retirement funds, just like any corporation. Education in American univ is just an after thought....They are mostly training facilities for the NFL and ABA. Athletes get full ride scholarships.
edit on 9-1-2018 by olaru12 because: (no reason given)

posted on Jan, 9 2018 @ 08:32 PM
link
Some time during the election, I compared Trump to the abusive boyfriend who isolates his woman from her family and friends so that he can abuse her unabated. Trump is doing the same thing with the entire US. He's isolating the US from our allies by exiting several trade deals and he's building a wall to keep people out. The abuse will happen when terrorist attacks start happening on US soil again.

originally posted by: TheLead
a reply to: olaru12

Where does the massive medical lobby come into the "Bad consumerism = bad capitalism"?

originally posted by: lostbook
Some time during the election, I compared Trump to the abusive boyfriend who isolates his woman from her family and friends so that he can abuse her unabated. Trump is doing the same thing with the entire US. He's isolating the US from our allies by exiting several trade deals and he's building a wall to keep people out. The abuse will happen when terrorist attacks start happening on US soil again.

Which allies is he isolating us from?
And what have these allies done for us?

Universities spend too much money on administration. That's why they are struggling.

posted on Jan, 9 2018 @ 08:54 PM
link
The US government is as responsible as anyone for the huge increases in the costs of education. The US will pay for ANY degree you want for ANY price, then you have to pay it all back. Colleges continually raise their tuition to ridiculous levels because they know Uncle Sam will pay for it. There's no scrutiny here. If you want a degree in English, you can get one, even though it's easy and requires no effort. That's not to say some students aren't dead serious about English, but unless you have a relentless drive, it's worth almost nothing. Engineering? You bet! But that's hard. It requires math. Many people can't cut it, and you know what? If they can't cut it, they really shouldn't be in college.

That's the fallacy. EVERYBODY DESERVES a college education. But has the percentage of truly intelligent students increased over time? Of course not. It's just that now it's not their fault. Their lack of intelligence is due to "disadvantages" rather than an admission that a lot of folks are just plain stupid. So what does that give us? College graduates who can't write, can't spell, can't give a comprehensive report orally or in writing on anything at all, and are no better than high school graduates in 1940. Some of these people are really only suitable for farm work or making babies. That's where their skill levels top out. We don't need any more farm workers and we have enough babies. But colleges don't care. They just want the tuition.

posted on Jan, 9 2018 @ 09:01 PM
link
Good . fewer will be brainwashed with the pc bull# that american colleges indoctrinate students with .

posted on Jan, 9 2018 @ 09:05 PM
link
good I hope these universities tank and this insane system of needing a degree for basic easy jobs goes away

posted on Jan, 9 2018 @ 09:05 PM
link
this is great news for xenophobes and bigots that are afraid of anyone that looks different from them. the entire planet is moving toward an age of globalism, its inevitable.

trump wants to isolate the united states as the world moves forward together with or without us, this will open the door for a great leader to amass power enough to rival ours and eventually we will have to jump in to another world war...perhaps its all a part of his 4d chess match plan.

That's the fallacy. EVERYBODY DESERVES a college education.


Exactly correct, which like you touched on is another reason for the inflation.

Some of these people are really only suitable for farm work or making babies.


Or skilled trades, if you can turn a wrench there is a lot you can do. I'd prefer to see government funding for education go for only STEM college degrees, healthcare, or skilled trades.