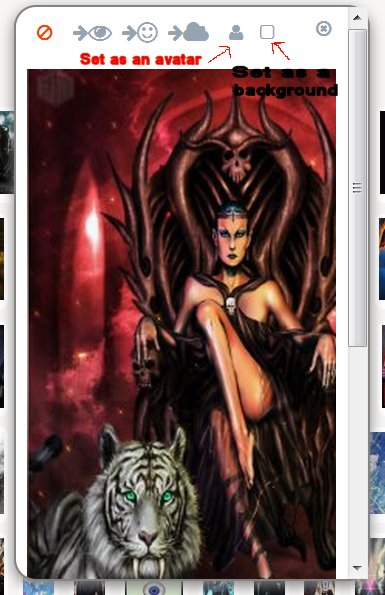 Set the transparant pic as your avatar

Set your image as the background with the other button.

It won't work if you enter the links to the picture in your settings page!


someone told me you could help me with my avatar? i was trying to get a pic of the joker having his head outside of cop car i couldnt copy the pic i found on the internet on phone no computer or laptop xbox one s with internet so i wrote it down typed it in wasnt 150 × 50. can you help me?


Just upload the picture and place it in a post here, I'll resize it for you...

You will have to upload the picture to your upload directory here on ATS to set it as your avatar but is it the Heath ledger one you would like as your avatar?

I took the best rendering and resized it for you.. 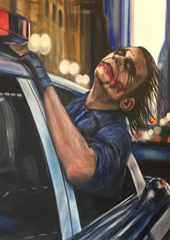 Mirrored if you'd like it to face the posts.. 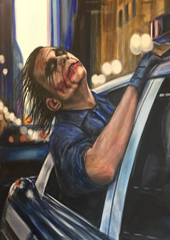 These are uploaded to my own upload directory and if you remove the brackets in the htt(p) part you can try and set it as your avatar in your settings page.If that doesn't work you are going to have to find a way to download the one you like and upload it to your own upload directory.

Peace
edit on 3-5-2019 by operation mindcrime because: (no reason given)

I like using this image now for background. I don't like the tiling effect with longer posts. Was there a way to disable that?

If not, perhaps someone can extend this image so that it continues instead of repeats. Let me know and maybe we can bounce a few ideas.

Welcome to the avatar-zone....population 1, apparently.

Make your avatar bigger...sure can do!!

There are 1600 pixels in length that we got to offer so anything you got in mind is a go.

Can't stretch this image to that length because you'd loose halve the image width-wise.

I apologize if this thread was inactive! I wasn't aware of any others in use.

I would like to keep the current image as primary, but would like to extend it to prevent the tiling effect. That's the main purpose of my request.

This was my subsequent avatar and I am very fond of it, but would like a change. The theme is the same though: The Road to El Dorado.

Perhaps a rivery/ starfield would take up that space just fine? I'll leave the creative decisions to the experts

Also, if it's possible to incorporate my signature ATS ufo into the top half of the avatar that would make me very giddy!

I wish I could learn how to shop to save you guys the hassle. But I really appreciate any time you put into it.

Happy to take your order!

So it's your current buddah avatar only longer with spaceship incorporated...right?

Can do...it'll take me some to find the right images. I'll keep you updated..

Ohhh, I really think that looks good with him facing the posts.

I am seeking any kind artists to help me update my current background. I found some images I would like incorporated. A couple of them are animated, but I just want their stills, so it should be actually easier to grab a decent frame to slap onto the background.

First one is my current avatar, which I simply want super imposed pretty much more or less where it sits as my avatar against the background. Maybe a quiet the colors down a bit though to more closer match the rest of it. The colors seem really loud as they are. 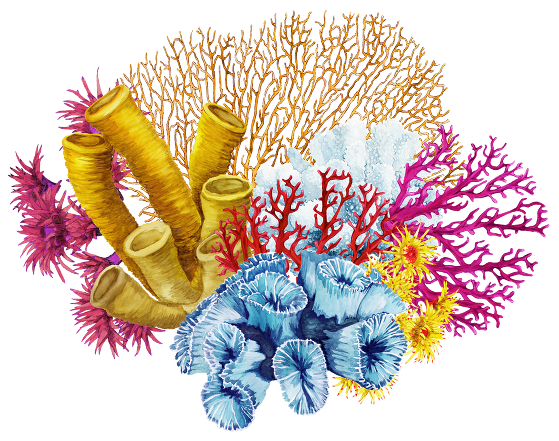 This second one I really just want the bubbles. Maybe this is not the best one to use, but I sort of want to see a similar trail of bubbles off to the right entirely in thw water column that originates at the bottom of the background and goes all the way to the top. But the bubbles should be significantly less concentrated, like only a tenth of the volume. I want to see individual bubbles. I bet you got some kind of tiling effect you can use to repeat a set.

I would just like to see this somewhere within the rockwork. The fish can be moved wherever, but I do like those fish also. 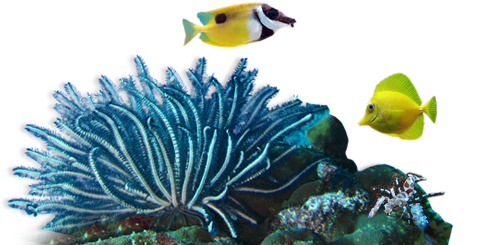 Speaking of fish, I want this creepy boss monster fish looking like maybe its clinging to the ledge near the bottom where it goes dark, but not yet all the way dark. He is a low resolution animated sprite, but I am sure isolating a single frame at the small size I want him should be child's play for the talent in this discussion!

And last, I would like a really nice singe frame of this jellyfish imposed all the way at the bottom where it is pretty much black. The High Definition look does not have to be preserved, but nevertheless as much detail that can be saved would be quite rewarding. If those luminescent speckles around it can be saved as well, go for it!

And if I have not already demanded the world with my request, Maybe a few of these same metroids in a small cluster near the Jellyfish down in the dark. With some variation to size and color shades.

it sure would be awesome if someone could lend a hand, assuming I am not in bad favor at this time. If even half of that stuff goes in there, I would cherish it dearly!
edit on 6-25-2019 by worldstarcountry because: (no reason given)

I'm sorry to reports that my laptop died a few months back (this time permanently, no work around) and with no money to replace it, I am dead in the water.

I would love to work on your request but somebody else will have to take this one. So sorry...

It was an open request, I just replied to you to let You know I really dig the joker in the right facing lose. I kind. Of wish. To see. Him cruising around. The threads.

Yeah sorry force of habbit. There used to be plenty of talented artists in this thread but this year I noticed requests staying unanswered and because I'm pretty dedicated to this thread I feel obligated to at least answer visitors...

posted on Aug, 31 2019 @ 03:07 PM
link
I think its time for a new avatar I think. No idea what I would want either... Or if anyone is doing this. Sheesh...I would have to remember how to place it and everything and be sure it is sized correctly.

Still saving up for a new laptop....I wish I could help you.

I hope somebody will respond to your request! This used to be such a fun hobby....

I'm looking at changing my avatar & was hoping one of the gurus here can assist?

I'm thinking of using a .gif - and of course because I have zero clue how to create a gif so I can get the exact one I want, I have a few questions:

2. For 360p video, what would be the maximum allowable size here?
3. Approx how many seconds of time would that yield?

If anyone answers and can also do (or recommend) said request, please PM me and I'll flick you the vid and the time slot details etc.

You could pull this one off yourself if you go to a gifmaker site. Just create a gif and copy+paste the link in your avatar space.

Size restrictions are in place so you can't use the background for animated stuff.

The size will then always have to be within the 170x240 pixel.

If you want to line up your avatar to your profile background you really have to ask Qumulys because he's the only one who pulled it off. There is a 2 pixel shift between the both that will give you headache if you want to line it up..lol

Cheers man, appreciate the advice - I'll suss it out.

originally posted by: operation mindcrime
a reply to: worldstarcountry

Hey there Sublimecraft. Maximum size for any avy, including animated GIF is 75Kb. It's very challenging to do anything with smooth animation with that restriction, but it's somewhat possible, and who doesn't love a good challenge? PM me your link and I'll see what I can do. The Samsung S9 I have actually will create an animated GIF by making a frame around a streaming video... then frames can be reduced from there to to get it under 75K.

I don't have a ton of free time, but I (used to) love creating animated GIF avatars. I'm not too artistic, but I know the coordinates and how they line up between avy and backround (no secrets here...start at zero-based pixel 10:61 and then drag a frame 175X240, use transparent GIF as necessary, and... viola (haha) )

Kinda/Sorta... his/her avy is 100kb over the max size limit.

I do think they did a greay job of lining up a photo-realistic avy with it's associated background.

I recall someone else who did that as well once, but I haven't seen her around in years.
edit on 9.5.2019 by Zarniwoop because: (no reason given)

I am soooooo done with political threads and will be available for design requests if anybody needs 'm...

If there are any pending requests that I may have forgotten please feel free to let me know and I'll get on it as soon as I get everything running.