Who can identify these models in the Northrop exec's office?

I wonder if this "LRS-B is a family of systems" BS was actually meant to hide the development of a supercruising design along the lines of what's in that article (and on the NG guy's mantlepiece). Could it be possible that the Lockheed bird wasn't the only transonic/supersonic capable one?

Well, the Northrop design is a flying wing, similar to the B-2, so I doubt it's a supercruising platform, or supersonic. So it would be a family of systems if this was something else for the program.

It's just interesting to see a supersonic design that looks more or less identical to the evolved cranked kite on this guy's bookcase. It's obvious that tailless supersonic designs work for fighter-sized aircraft, and this thing seems to really be splitting the difference between a flying wing and a delta wing design, at least in terms of aerodynamic forces. Maybe they were evaluating more exotic designs alongside the more conventional designs that Lockheed and N-G actually submitted to the flyoff?

Who knows, though. Maybe they're being optimistic and are already CAD testing designs for the 2037 bomber? The supersonic cranked kite might not be ready for primetime in the 2010's, but I'm sure it could be ready for at least a demonstrator flight a decade from now when that program is actually ramping up. Furthermore, a supersonic cranked kite would allow 2037 to completely fill every role left behind by the B-2 and the B-1, while the B-21 gets to replace the BUFF's as a (relatively) simple stealth bomb truck.

posted on Sep, 9 2017 @ 03:17 PM
link
a reply to: Barnalby
The model in the office look a lot like the Amarillo triangle. Building the same planform of a B-2, so why instead just rebuild the B-2 with upgrated technology ? instead of invest a lot of billions of dollar in the same plane ?

The B-21 is NOT the same as a B-2, contrary to what you and others have repeated multiple times. Just because a plane looks superficially similar doesn't mean it's the same thing. The B-21 has some radically different capabilities than the B-2. What you, and many others don't understand, is that a tailless design works really well against supposed counter stealth radar systems. Tailless designs are going to be superficially similar.

posted on Sep, 9 2017 @ 03:29 PM
link
a reply to: Zaphod58
For what we will see in the futur concept it look like the Tailless design will be the response for the futur fighter program too, Boeing , Lockheed and Northrop the 3 firm are looking in this direction. I take your words about the B-21 ]

Because there's a very specific formula in use. Aircraft that have tails are susceptible to low frequency and UHF/VHF radars.

posted on Sep, 11 2017 @ 07:12 AM
link
a reply to: aholic
Factory in a can..Or "how many 3d printers can we fit in a 20' x20' container...? Well to do 500 a month = 16.666 drones per day.Depending on 3D printing process (my PLA fillament desktop printer with a 8" x8" bed needs about 24 hrs to do a large print with19% infill)
Im seeing a lot of wasted hardpoint availability.MER,s are MERs for a reason.They carry more missiles than a pair of drones with a couple of missiles on them.Loyal Wingman is a much much better idea.More missiles for your buck.Let the Stealth UAVs and Stealth Strike aircraft do the surgical work.

There are other recent supersonic concept aircraft.

Search for Efficient Supersonic Air Vehicle (ESAV) and earlier Supersonic Tailless Air Vehicle (STAV). The models do not look like the one on his desk however. Northrop was involved.

IMO, it seems pretty clear that LRS-B will be subsonic.
edit on 11/9/17 by C0bzz because: (no reason given)

posted on Sep, 11 2017 @ 08:34 AM
link
a reply to: C0bzz
It seem that this planform will be very common in a near futur , the 6th gen fighter concept of 3 majors look like this, the mystery Northop model look like this and now the flying rail look the same. If it can work well on supersonic like we see on Esav it can fly high subsonic too ? 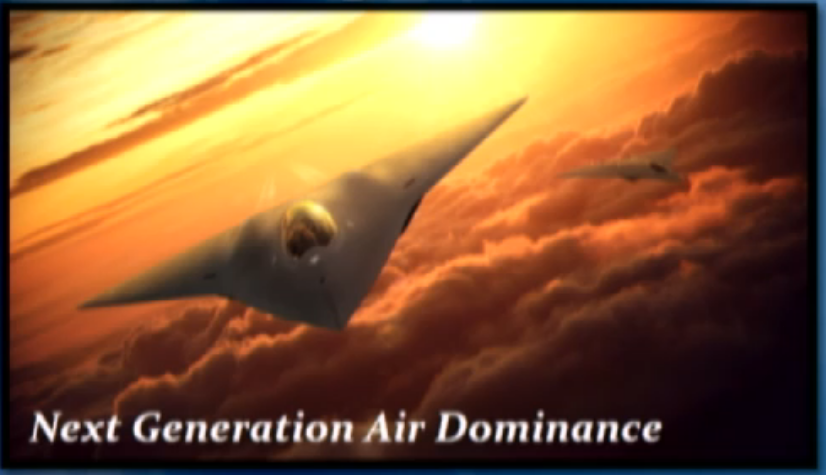 Does this seriously mean that PCA is getting 4 billion dollars in funding for one year, if this is signed into law? I don't understand how the US Government works. Seems way too high.
edit on 11/9/17 by C0bzz because: (no reason given)

My grandfather worked for Northrop back in the 80's. My best guess is that these are study concepts. Usually, besides large scale models and drawings, they don't make it to desk models.