We have what, a dozen nuclear powers presently???

How long until we have a US vs Russia type nuclear conflict??

Every single administration, every single nuclear state is a dice roll..

So how long till we crap out and get another hitler??

Imho Long term it is a mathematical certainty...

So please god let their be a nwo/illuminati/deep state whatever.. because the only way to ensure you never have a war with 10,000 nukes vs 10,000 nukes. Is to only have one nuclear power.

The second you have even 2 it is a long term mathematical certainty AND WE HAVE A DOZEN AND CLIMBING!!!

Dan Carlin (historian) hints that America should have been the nwo between 1945-1950 when we had 5 years to conquer the world as the sole nuclear power..

Anything ANY nwo were to do could not be as bad as nuclear Armageddon.. that is literally THE worst case scenerio..

Ya gotta go with Hitler.. he will die and maybe the next guy will be better..

But with nuclear war there is no "the next guy.."

Well aren't you just a ray of sunshine.

I am with you, please Satan, if you are listening, do it now!

Ya gotta go with Hitler.. he will die and maybe the next guy will be better..

But with nuclear war there is no "the next guy.."


So give up all your freedom and live under a murdering douche bag dictator like Hitler because otherwise we MIGHT be destroyed by nuclear war?

That's a whole other level of crazy right there.

originally posted by: solve
a reply to: JoshuaCox

I am with you, please Satan, if you are listening, do it now!

I am listening to Five finger death punch at the moment so i am unable to grant your wish at this moment.

Poor jokes aside, i sometimes like to entertain myself with the idea of a positive tone NWO.

Like you can go anywhere in the world and your cell phone charger will always fit the electric socket. No miles vs kilometers, only one of those two. Everything standardized. And... even spreading of food to the planet, and absolutely no wars.

Give up freedom, -check
Live under a murdering dictator- check

The Illuninati/NWO have Taken Over. 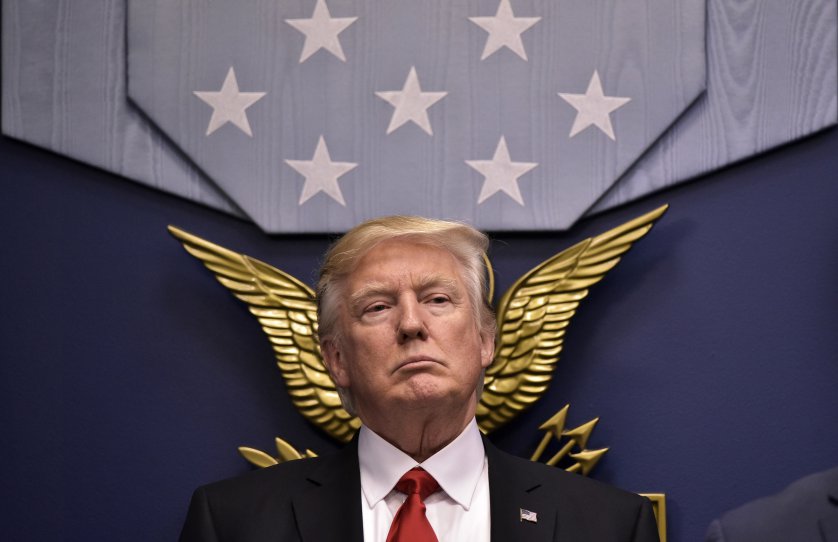 Giving up one generations freedom for the survival of the species??

Absolutely.. that isn't a hard decision at all.

There is no "next administration" with nuclear Armageddon..
edit on 14-6-2017 by JoshuaCox because: (no reason given)

You sure we are free??

When they can throw you in a cement box for smoking a plant??

I'm not so sure about that.

originally posted by: solve
a reply to: FauxMulder

Give up freedom, -check
Live under a murdering dictator- check


Last time I checked there isn't a concentration camp down the road where a whole race of people are being systmatically murdered in gas chambers. As of now I still own my guns and can pretty much do whatever I want. So no and no on your checks.

Like I said, even Hitler beats the alternative.. lol super fitting

Giving up one generations freedom for the survival of the species??

Absolutely.. that isn't a hard decision at all.

There is no "next administration" with nuclear Armageddon..

Yea its working out real well for the people of north Korea, just imagine if the whole world was run by lil kimmy. It would be great.

The best slave is one who thinks he is free.

Being real a group who ran the world, wouldn't want big chaotic disasters that killed off 50% of the population or whatever..

They would want the status quo..

Chaotic events benefit those out of power not those in power..

The best useful idiot is the one who wants a tyrannical dictator to run the world because they are too scared of life.

How have the people of North Korea eliminated the threat of nuclear Armageddon???

They haven't, in fact they are pushing tward one.. so that is the opposite of what I said literally..

However, if the options are letting little Kim run the world or have a war between the US and Russia.. I'm taking Kim ruling the world..

I think the most idiotic person period is the one who prefers nuclear Armageddon..

That is the hight of stupidity..

If given the option between a bad leader and extinction, you take extinction..

Good luck with that..

To be honest, i just want a proper apocalypse. Maybe roaches could rule this world? They would do a better job.

Remember all those bomb shelters from the 60's..
they weren't crazy, we have just forgotten that sword of damacles is still hanging right above our necks.

posted on Jun, 14 2017 @ 11:44 AM
link
There is getting to be too many people for the planet to sustain. There are almost 8 billion right now. The NWO would most likely want to cut that by about half. Question is which half you would be in Joshua?