We are shown the faces that require retribution.

We again are introduced to people slain by failed foreign policies and agendas...

We are AGAIN being completely canonized to support an ONGOING plan...

We AGAIN will sit on our hands while America and it's allies will AGAIN SPREAD its so-called democracy that noboby in their right minds wants or even needs...

We AGAIN will spend more time bickering over semantics and drama to avoid accepting the realities of how we benefit from ignoring the the problem itself... which is essentially the individual...

We AGAIN will be told rather asked if the direction of the USA is a correct one or not..

We AGAIN,( years from now if we even survive our collective apathy for the machines that provide our diluted comforts..), will wonder what we COULD HAVE DONE, BUT DIDN'T..

The fact that a majority of people cannot see patterns or cyclical events is why WE AGAIN will continue our collective march to oblivion.

See you on the other side.


This is a memorial thread...

The title says so, please have a little decency and respect for those lost and those who have lost.

This is what this thread is for.

You're right....I need a month or two with the shades drawn and a constantly tear soaked pillow to justify my humanity for people who are as foreign to me as surface samples on Jupiter.

Let's not mourn them.

LETS NOT INSULT their needless deaths by celebrating their lives, but rather hold those accountable that provide and issue the policies that cause these events to occur.
edit on E31America/ChicagoWed, 24 May 2017 04:32:14 -05005amWednesdayth04am by EternalShadow because: add/correction

posted on May, 24 2017 @ 05:58 AM
link
It is really shocking to hear that some of the victims in this attack are simply 'missing' . This was the worst kind of attrocity to bring the Islamic trolls war on the West to a concert for youths , especially females .
I bring my strongest possible condemnation for this , it is entirely unacceptable for this to happen . My deepest heartfelt sympathies are for the families of those lost . May this never happen again .

originally posted by: scraedtosleep
a reply to: Violater1


Every time I see her photo and read about how she was such a beautiful little girl I can't help but tear up a bit. What follows is usually rage and a total lack of understanding of why someone could do this. If I had lost a child to a Muslim terrorist, I can't help but think of what I might do. I no longer believe there are any moderate Muslims. If there were they would turn in their sons, brothers, fathers, uncles who I'm sure they know to have radical ideals.
edit on -05:002017Wed, 24 May 2017 08:46:31 -050031America/Chicago000000Wed, 24 May 2017 08:46:31 -0500WedAmerica/ChicagoMay by PorteurDeMort because: Spelling 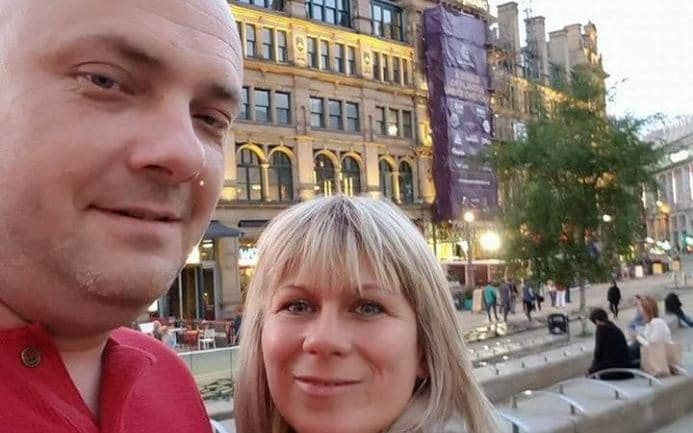 The Polish foreign minister Witold Waszczykowski confirmed a Polish couple died in Monday night's attack. Though he did not reveal the couple's names, their daughter, Alex Klis, has been publicly searching for them. Waszczykowski said The Klis went to the arena to pick up their daughters after the concert. The daughters were unharmed. Poland's Ministry of Foreign Affairs wrote on Twitter on Wednesday confirming the deaths. A friend of the family set up a GoFundMe page to help the daughters 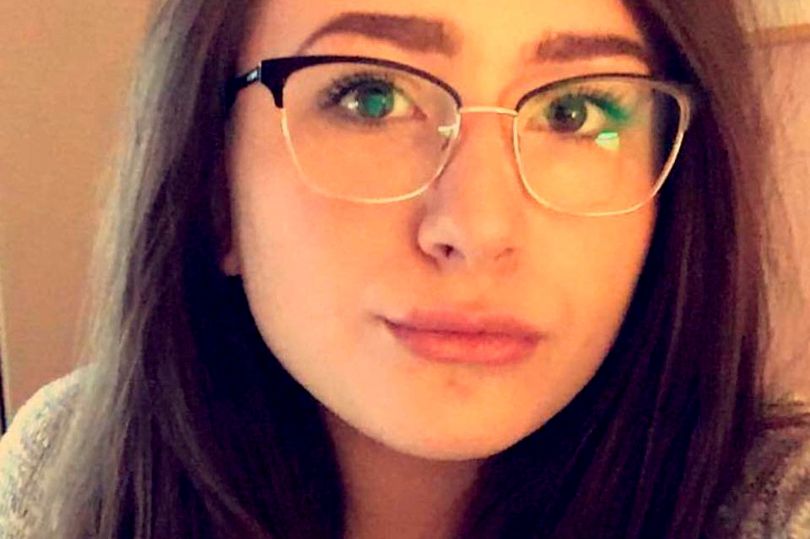 Jones was enjoying the concert with another friend when the blast happened. Her parents were searching for her since, hoping she was being treated in the hospital. Her school, Holmes Chapel Comprehensive School & Sixth Form College, said it was with "great sadness" to announce Jones' death. "Nell was a very popular girl, always smiling. Always positive. Her tutor group have been together since the transition from primary school. It feels like they have lost a sister not a classmate," David Wheeler, her form tutor, said. 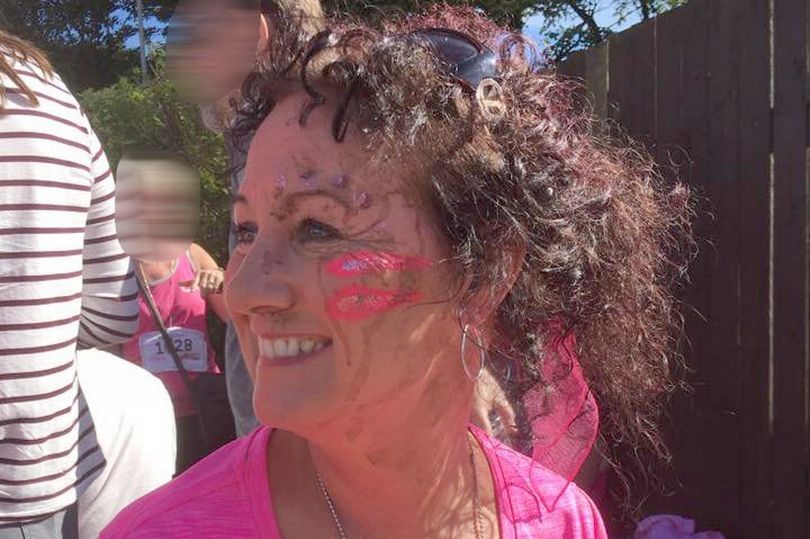 Beloved wife of Mark Taylor, a famous former footballer for the Hartlepool United, Blackpool and Wrexham winger.
Tweddle was a mom of three working as a school receptionist. The principal of South Shore Academy remembered her as a "bubbly, kind, welcoming, funny [and] generous" person. "As our receptionist, she was in many ways, the public face of the school and she represented us amazingly in this role," principal Jane Bailey said in a statement. "In our school family and theirs...she is irreplaceable, much loved and will never be forgotten." 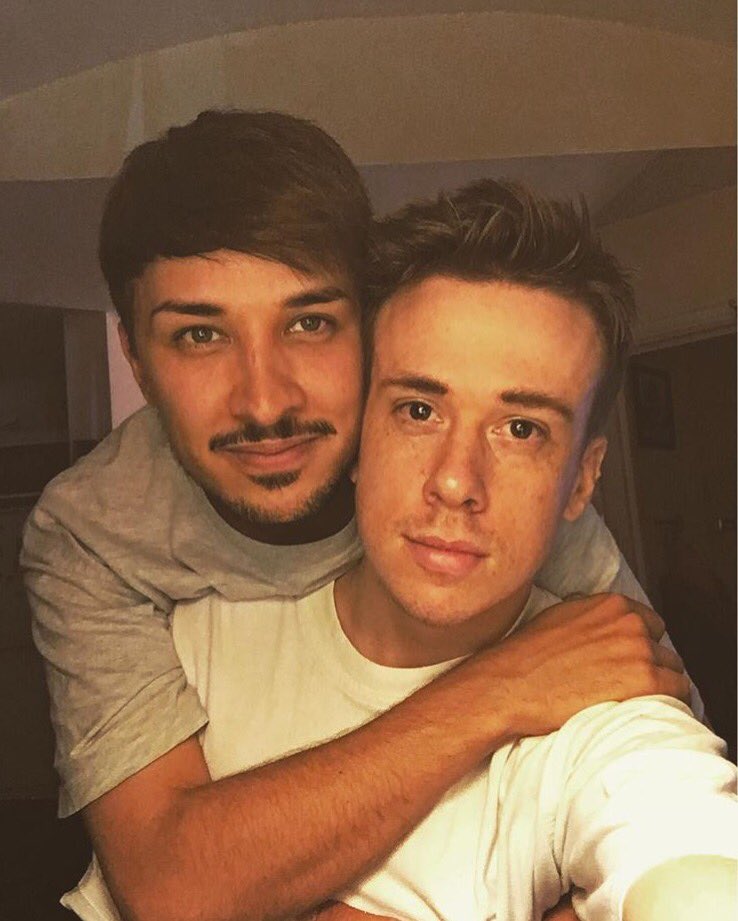 Hett was believed to have left his seat to go to the bar about 20 minutes before the explosion, according to the Manchester Evening News. His friend, Russell Hayward, made a public plea to find Hett before confirming he was among the 22 people dead on Wednesday. "We got the news last night that our wonderful and beautiful Martyn didn't survive. He left this world exactly how he lived, centre of attention," Hayward wrote on Twitter." 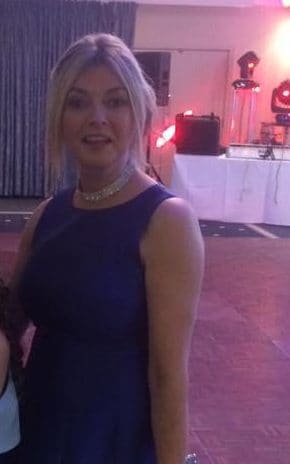 A mother, Michelle Kiss, has been confirmed as one of the victims of the Manchester terror attack at the Ariana Grande concert on Monday night. Her niece, Laura Murray, wrote the sad news on Facebook.
She said: "It's true thank you everyone for your help we are all heartbroken". Ms Kiss had been excited to take two young female children, believed to be hers, to the concert. She wrote on Facebook: "Excited girlies ready to watch Ariana".
At least one of the children is thought to have been found safe, family friends posted on social media."


originally posted by: scraedtosleep
a reply to: Violater1


Every time I see her photo and read about how she was such a beautiful little girl I can't help but tear up a bit. What follows is usually rage and a total lack of understanding of why someone could do this. If I had lost a child to a Muslim terrorist, I can't help but think of what I might do. I no longer believe there are any moderate Muslims. If there were they would turn in their sons, brothers, fathers, uncles who I'm sure they know to have radical ideals.

A lot of them have turned in their family members. thepoliticalinsider.com...

It probably happens more often but we just don't hear about it. Our media here in the states doesn't like reporting on positive things, it doesn't get them the clicks and ratings they are after.

As far as why someone would do this. They don't care about life the way you do, even their own. Remember this is religion we are talking about here. Religion teaches people that this life doesn't matter because so long as we follow the laws given by good we will have a perfect beautiful life after we die. that's powerful stuff to a person that hates the life they have now.

posted on May, 24 2017 @ 08:53 PM
link
Up to now we have only got details on a dozen or so people and it's horrific seeing some of the ages of those killed. I hope they didn't suffer. I'm from Manchester and the place is pretty somber at the moment. My deepest sympathises to all those affected and I hope there's no more deaths from the injuries sustained.

(please keep this a memorial thread argue in others)

We are fooled to think these victims are somehow heroes....as if their lives were on track to save the world, and now we MUST avenge them..


They are not victims but Martyr's to a twisted religious cause....

Who's to say they weren't on track to achieve great things , their

lives being cut short, long, long before even reaching their prime.

condolences and strength to the friends and families.*