originally posted by: Indigent
The guy probably bought it from a Nigerian prince on the internet.

I got the Reddest Hg around..

posted on Mar, 30 2017 @ 10:16 PM
link
So he walked in with a non existent fake substance that was invented by spooks to get the guys with their towels wrapped too tightly around their noggins to waste their time and resources on?

posted on Mar, 30 2017 @ 10:32 PM
link
That must be the thing they made thermometers out of a while back. The color was red. Maybe he was draining a bunch of thermometers with the red colored stuff in it.

originally posted by: TEOTWAWKIAIFF
You know how difficult nuclear fusion is?? Our bomb's inner workings are still classified. And that uses hydrogen using a nuclear detonation to create fusion.

Mercury fusion is beyond the pale! And there is no such thing as "red mercury" even from Africa!

It is the wet dream of Panda Extremists everywhere (but it doesn't exist).

No it is real, I have bought those cheap thermometers with red mercury in them. The silver mercury costs more.

Ah you beat me to it RM, didn't see your post till after..
edit on 30-3-2017 by NoCorruptionAllowed because: (no reason given)

quick in the bunker!

originally posted by: TEOTWAWKIAIFF
You know how difficult nuclear fusion is?? Our bomb's inner workings are still classified. And that uses hydrogen using a nuclear detonation to create fusion.

Mercury fusion is beyond the pale! And there is no such thing as "red mercury" even from Africa!

It is the wet dream of Panda Extremists everywhere (but it doesn't exist).

Jamie Edwards, a pupil at Penwortham Priory Academy, created the project from scratch with help from his school.
"I can't quite believe it - even though all my friends think I am mad," he said.
The last record holder was US student Taylor Wilson, who was 14 when he created nuclear fusion in 2008.

Okaaay,so is fusion the same as a nuclear bomb,I don't know?

originally posted by: hiddenNZ
a reply to: Vasa Croe

Okaaay,so is fusion the same as a nuclear bomb,I don't know?

No, but it is the second step in one, with the first being fission...

originally posted by: pirhanna
Didnt I just read that theres a big fire in Atlanta and part of an Interstate collapsed?


Yes...highway bridge came down because of it. 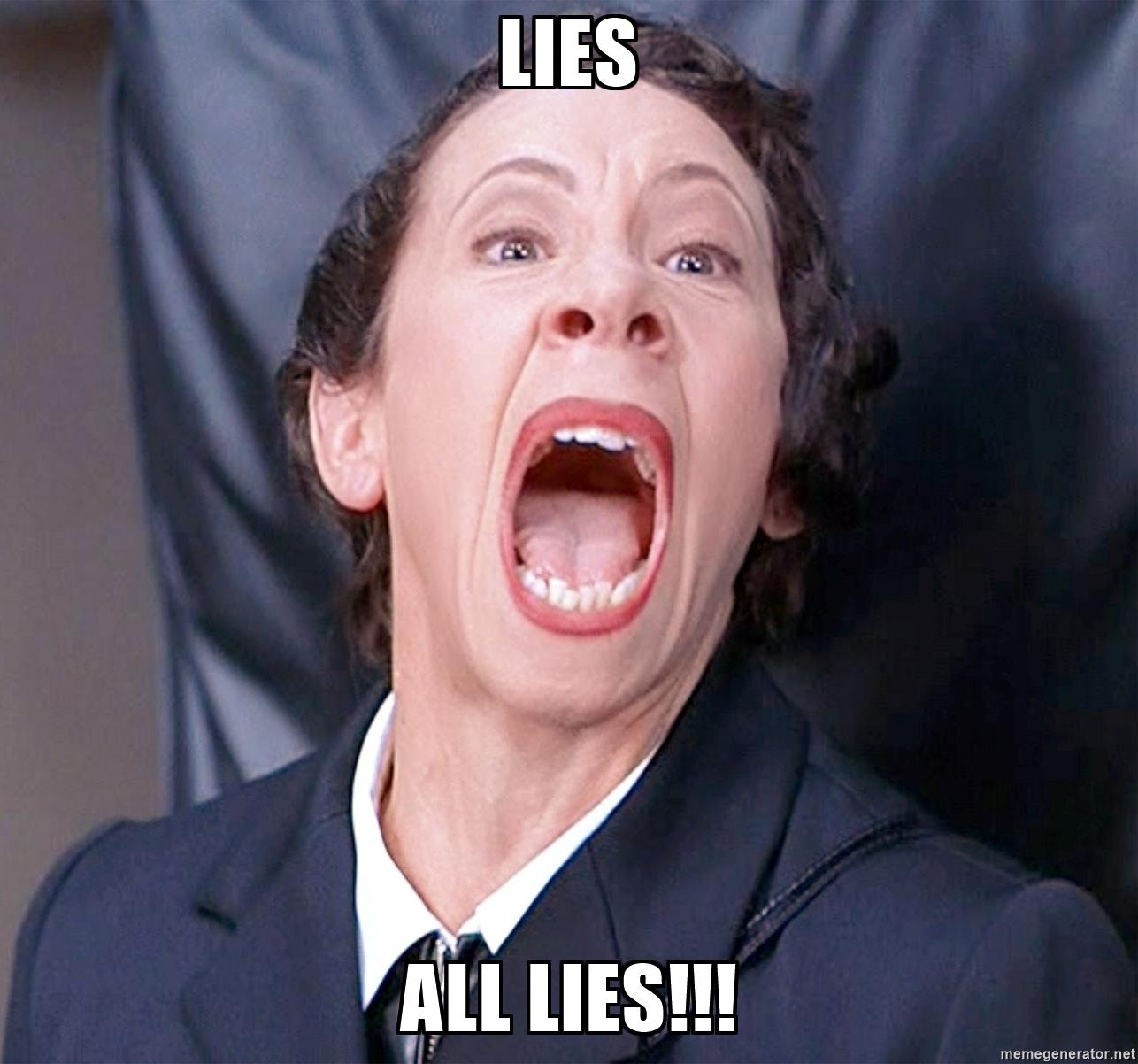 
Red mercury is reportedly a substance used to create nuclear bombs, but its existence has not been documented.


Red mercury is a substance of uncertain composition purportedly used in the creation of nuclear bombs, as well as a variety of unrelated weapons systems. The existence of such substance has not been documented. It is purported to be mercuric iodide, a poisonous, odorless, tasteless, water-insoluble scarlet-red powder that becomes yellow when heated above 126 °C, due to a thermochromatic change in crystalline structure.[1][2] However, samples of "red mercury" obtained from arrested would-be terrorists invariably consisted of nothing more than various red dyes or powders of little value, which may have been sold as part of a campaign intended to flush out potential nuclear smugglers. The "red mercury" hoax was first reported in 1979, and was commonly discussed in the media in the 1990s. Prices as high as $1,800,000 per kilogram were reported.[3]


Reportedly to be Red Mercury (which doesn't) exist; reported by reporters that "officials" are investigating.
Is this an over reaction or fake news?

Was he trying to sell it at the going price?


The asking price for red mercury ranged from $100,000 to $300,000 per kilogram. Sometimes the material would be irradiated or shipped in containers with radioactive symbols, perhaps to convince potential buyers of its strategic value.

edit on 31-3-2017 by TheConstruKctionofLight because: (no reason given)

why didn't you add this from the wiki,


Red mercury as a ballotechnic Samuel T. Cohen, the "father of the neutron bomb", claimed for some time that red mercury is a powerful explosive-like chemical known as a ballotechnic. The energy released during its reaction is allegedly enough to directly compress the secondary without the need for a fission primary in a thermonuclear weapon. He claimed that he learned that the Soviet scientists perfected the use of red mercury and used it to produce a number of softball-sized pure fusion bombs weighing as little as 10 lb (4.5 kg), which he claimed were made in large numbers.[16] He went on to claim that the reason this is not more widely known is that elements within the US power structure are deliberately keeping it "under wraps" due to the frightening implications such a weapon would have on nuclear proliferation. Since a red mercury bomb would require no fissile material, it would seemingly be impossible to protect against its widespread proliferation given current arms control methodologies. Instead of trying to do so, they simply claim it doesn't exist, while acknowledging its existence privately. Cohen also claimed that when President Boris Yeltsin took power, he secretly authorized the sale of red mercury on the international market, and that fake versions of it were sometimes offered to gullible buyers.[16] Cohen's claims appear to be difficult to support scientifically. The amount of energy released by the fission primary is thousands of times greater than that released by conventional explosives, and it appears[who?] that the "red mercury" approach would be orders of magnitude smaller than required. Furthermore, ballotechnic materials are those that do not explode, so it is difficult to understand how their energy could be used to produce compression at all.[original research?] Additionally, it appears there is no independent confirmation of any sort of Cohen's claims to the reality of red mercury. The scientists[who?] in charge of the labs where the material would have been made have publicly dismissed the claims (see below), as have numerous US colleagues, including Edward Teller. According to Cohen,[16] veteran nuclear weapon designer Dr. Frank Barnaby conducted secret interviews with Russian scientists who told him that red mercury was produced by dissolving mercury antimony oxide in mercury, heating and irradiating the resultant amalgam, and then removing the elemental mercury through evaporation.[17] The irradiation was reportedly carried out by placing the substance inside a nuclear reactor.
Red mercury as a ballotechnic
[18

and from the cohens page,


Red Mercury claims
More recently, Cohen was the main proponent of what most consider to be a mythical substance, red mercury. If the "conventional story" is to be believed, red mercury was a disinformation campaign led by US government agencies in order to lure potential terrorists into being captured. The story that was released was that red mercury was developed by the Soviet Union as a "shortcut" to a fusion bomb, and that with the fall of the Soviet Union it was being offered on the market by the Soviet mafia. When prospective buyers showed up to take delivery of the material, they were arrested. During the height of the story, in the 1990s, Cohen became a proponent of red mercury, claiming not only that it existed, but going further to claim that it was a powerful ballotechnic material that directly compressed the fusion fuel without the need for a fission primary. Bombs using red mercury had no real critical mass and could be developed at any size. He further claimed that the Soviets had produced a number of "micro-nukes" based on red mercury, which are described as being about as large as a baseball and weighing 10 pounds. According to Cohen, their existence meant that any effort to control nuclear proliferation based on fissile material was thus hopeless. A reiteration of the claim can be seen in The Nuclear Threat That Doesn't Exist – or Does It?, by Cohen and Joe Douglass in an 11 March 2003 guest editorial in Financial Sense Online.[11] In a column for WorldNetDaily, Cohen claimed that 100 of these mini-nukes were in the hands of terrorists,[15] and later that Saddam Hussein had taken delivery of about fifty of these devices, which he supposedly planned on using against the US forces as they approached Baghdad.
Red Mercury claims

so we got one group saying it's fake Samuel T. Cohen, the "father of the neutron bomb" saying it's real. i think i'll take a scientist word over a bunch of spooks any day. but i guess he could have just gone senile.

plus if it wasn't real, why didn't they let APD or any other hazmat crew in Atalanta take care of it. seem a little over kill for DHS and others alpha bits to respond to a known fake hoax material.

I have heard people trying to say this exists for the last 35 years lol. According to the myth, if this stuff existed it would have been perfect for making an a/b particle stream in an accelerator and I would have been using it back in NY military R&D days in Africa. It's a myth, unless someone can definitively prove otherwise

originally posted by: Martin75
So we had someone go in with fake nuclear fuel in a town right before a bridge burns down and collapses?

Yes, nuclear weapons come in two different flavors: Fission and boosted Fission/Fusion weapons. Fission only is like what we dropped on Hiroshima/Nagasaki. Fission only weapons use enriched Uranium or Plutonium (or a combo of the two) in either a gun-type or implosion based detonation. Fusion weapons still use Ur/Pu in the intial stages, but instead of radiating outward, this energy is confined and directed by intense magnetic fields to a "secondary mechanism" consisting of a lithium hydride (6 or 7 lithium deuteride) core, Pu blanket to provide more fast moving neutrons, and a gaseous "booster" stage of Tritium. This is why we have "dial-a-yield" weapons, as the final energy output is directly related to the proportion of Tritium gas in the reaction. The first stage of fission detonation simply provides the high energy to immoliate and compress the fusion secondary to intiate nuclear fusion (hydrogen to helium with an extra free neutron). This process is known as radiation ablation and was the key breakthrough to fusion based weaponry. It is speculated that red mercury is either the lithium hydride or even the material responsible for containing the reaction for radiation ablation to occur (Google Fogbank).

posted on Mar, 31 2017 @ 02:20 PM
link
Red Mercury was supposedly the main component of Xerum 525 which became the fuel source for Die Glocke, the fabled Nazi UFO propulsion.
There are quite a few conspiracies surrounding Red Mercury that have been around for a long time. The Estonia ship disaster is one.