originally posted by: seagull
How about, if you don't want to watch it, don't?

I've got all sorts of things to watch on Netflix, so I've got more important things to do than to worry about than "faux outrage of the day".


No! We are "Republican"! We boycott everything that we disagree with! Financial terrorism is our specialty in numbers!

Especially us Religious! You've never seen such organization you commie bastards! We even boycott Tipping!!!!

You think you deserve extra money because you have a $3 slave wage? I'm sure you'd like 20 extra bucks, have a revelation about your final judgement instead. 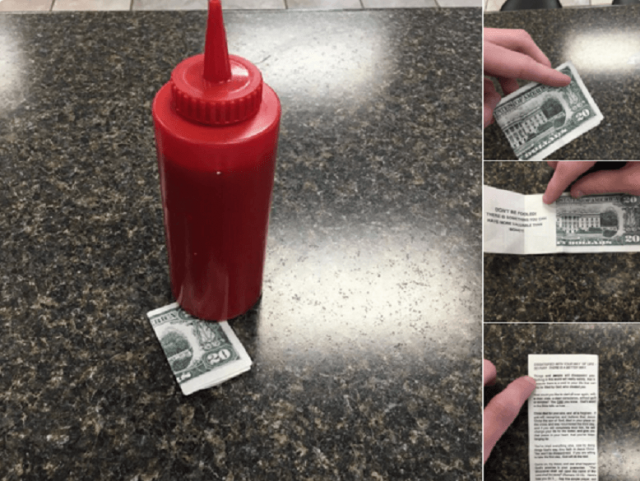 You can thank me later for controlling your life, enjoy.

Thats just poor form. Tipping generously its like witnessing to Jesus's giving to others. God put them in your path for a reason so treating them poorly is just like you did the same to God and Jesus as well. You are not to put yourself in the poorhouse but also not screw over your server.

It's hard to stiff a person knowing they are paid well below minimum wage on the hopes that human generosity will cover the rest.

That means we need to be more generous.
edit on 14-2-2017 by introvert because: (no reason given)

Just a taste of what was on TV back then.

What a bunch of pussies nowadays.

edit on Tue Feb 14 2017 by DontTreadOnMe because: unembedded video : censored word in thumbnail

posted on Feb, 14 2017 @ 11:47 PM
link
I have never boycotted anything and doubt I ever will. Boycotting does nothing unless a significant portion of the population takes part — which rarely ever happens. Compare the total number of successful boycotts with the number of failed ones, and you will find the latter is much higher.

That being said: the show comes across as typical anti-white propaganda. It's about promoting the ideas of white privilege and white guilt.

originally posted by: Groot
I haven't read the whole thread, but apparently there are alot of younger members that missed out on TV shows in the mid 70's.


What a bunch of pussies nowadays.

Crazy though. I wonder how many actual Klansmen are here.

as someone said; If we dont believe in freedom of expression for people we despise we don't believe in it at all.

What seems to be happening here is the (great unwashed to use the words of TPTB) are playing right into the hands of those who want to to continue to enslave them even more. They must be rubbing their hands together with glee.

What a bunch of pussies nowadays.


When parents raise their kids to hunt Pokemon and rewarded them with a trophy whenever they failed at something or when an ex-president can't call terrorists terrorists, because it may hurt someones feelings.

At least in the 70's they recognized real racism, the Millennials not so much.
Thanks Clint Eastwood!﻿

originally posted by: Azureblue
a reply to: imitator

What seems to be happening here is the (great unwashed to use the words of TPTB) are playing right into the hands of those who want to to continue to enslave them even more. They must be rubbing their hands together with glee.

We have seen (TPTB) emails, their ties to satanic rituals and the occult, it has been well-documented now. I'm very sure Netflix is rooted in their satanic-network, they are smiling ear to ear with their horns pointed at our children.
edit on 15-2-2017 by imitator because: (no reason given)

That's just wrong to fake tip like that. That's as totally un-Christian like as it gets, and I'd not stand for it for a moment were I to see someone doing that. In fact, I can safely say, had I seen that kid pick that up in person? I'd probably have given him a twenty to make up for the asshole.

Utterly cold hearted. Hardly in the spirit of Christ, as I understand it.

They only believe in Christ to upkeep hypocrisy. It's just one more dank meme to them.

Similar to how Democrats just get free passes to call themselves Liberal, Republicans can just call themselves 'a spiritual person' whenever they feel like because Jesus told them to vote for Trump. It used to be more profound than this.

If you're one that thinks the left is regressive, lets take a moment and compare that establishment to the Religious Christian one in our country.

Old thinking needs to stop being over valued. My Step-dad not using Google isn't smart, even if he's correct his private data is being stolen. Limiting yourself because you don't like the way the world works fixes nothing. Like the 'white people' boycotting netflix, narrowing their experience thinking it has macro effect, what nonsense.
edit on 15-2-2017 by ROBOTNINJADRAGON because: (no reason given)

I see no reason to disagree with you at all.

Just don't fall into the trap of thinking, using that faux tipper as an example, that all of one group are the same. I don't know you so I've no idea whether you think that or not, in case you think I think that...

posted on Feb, 15 2017 @ 04:24 AM
link
I've stopped buying Kellogg's and Budweiser for their anti middle American ads. I never watched Netflix so I can't hurt them any more than I am.

I agree, we need some pro KKK pro slavery shows now too.

Not what you think, the trailer was misleading.

But whatev, soundbyte has done its job.

This video got me to check it out;

posted on Feb, 15 2017 @ 09:16 AM
link
a reply to: Lysergic
Thank you for posting that video. It does a much better job than the trailer of explaining exactly what this show is about. BUT I think Netflix used the hate to help feed the advertising of this show. Such a shame, if they had gone about it differently you might have people that would watch.

posted on Feb, 16 2017 @ 11:14 AM
link
The movie was actually pretty funny. If people can't handle it then oh well. I'm not cancelling Netflix over it. I HAVE TO WATCH IRON FIST!

posted on Feb, 17 2017 @ 06:25 AM
link
I was always proud of my ability to use the off button on my devices and the services on them.
I like that I didn't have to read or reply to this thread. Could of scrolled right on past it. But my amazing free will let me choose to instead read it and reply. No gun to my head.
I like that many popular social media sites have blocking functions and privacy settings.
I like being an adult who can choose what they do or do not expose themselves to.

Oh look, my neighbour worships some weird deity, and watches a TV show I hate. It's not coming into my house and I am not being forced to do as he does so GOOD LUCK TO HIM.

Man, freewill is the # I tell you.

I agree, we need some pro KKK pro slavery shows now too.

I am not sure is it aired on American Netflix, but I remember watching "The Wild Wonderful Whites of West Virginia" on Canadian Netflix a few years back.