Steve Martin on Carrie Fisher: Can a Man Still Notice a Woman’s Beauty?


He said he thought she was beautiful, full stop.

Pretty sure carrie fischer would have simply enjoyed the compliment like any other sane person and not in the condescending way you tried to port raid she would have by laughing at it because "humor". One thing is certain, he knew her a lot better then you ever have.

Everywhere but in the USofA, we have gotten so politically correct and scared no one dare do anything lest you are called a bigot, a sexist, a misogynist, a racists (unless of course you are not white), a bully, a hater, or one of many misnomers that are of the PC elite playbook.

And I never disputed that.

originally posted by: everyone
a reply to: chr0naut 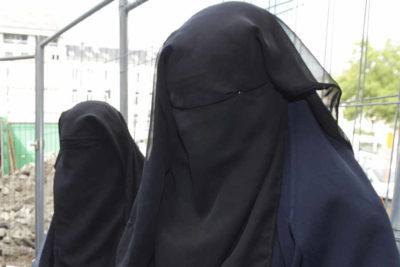 
How does facial recognition work here?

If you are a straight man and don't say Bruce Jenner or other transgender people are beautiful you are sexist.

How does facial recognition work here?


LOL!! And however do they recognise each other
edit on 2-1-2017 by eletheia because: (no reason given)

originally posted by: goou111
I made the thread on ATS when she passed. I said I had her poster on my wall and we grew up with her in our fantasies.

I dont think even one person on ATS said anything about being offended or call me a sexist.

So this is just overblown bs because if the liberals here are not offended then there is no foul.


Its tweens being taught..something different, in todays universities. culture warriors of the 90s puritan movement are now teaching (indoctrinating) students to be hyper-offended triggered infants. You will find most of the sjw folks are around the 20ish year mark

I think the saying "men are from Mars, women are from Venus" is quite applicable here, on several levels.

Generally, men are stimulated visually and women mentally. The mental side of this would process an enslaved women, the visual side simply processes a scantily clad woman. Trying to explain one using the other may be in error.

So, for a woman who is primarily stimulated mentally, this thought process is completely foreign. There is no way to disconnect the context of enslavement with attraction. Inversely, a male who is visually stimulated only sees an attractive woman in a bikini and anything else is secondary, if present at all, in determining that attraction.

There might be some outliers, but I'd claim that a male would find her just as attractive in literally any other context. The mental component and context of such a scene is completely irrelevant. Meaning, even without the slave component, visual-oriented folks would have found her just as appealing since it probably never entered the thought process in the first place. Acting on that attraction is when more in-depth observations are introduced.

Mental stimulation in this sense tends to be a measured response based on an examination of all factors present, generally demanding coherence and limited (if any) conflict. Visual stimulation is significantly more direct, and can have multiple conflicts without changing the initial reaction in any way.

Its all more intricate in practice, especially once beyond just the initial response, but sometimes a direct, generalized explanation from "the other side" is helpful.

I know that it has passed many people by, but I was being tongue in cheek and not taking any part of the discussion even remotely serious. However, I do think what you raise is very interesting, that some people do not process details in the same way as others do. I don't think that that is necessarily a gender division though, there may be a preponderance of this trait due to social conditioning. Not all men in all cultures are unable to focus at the sight of breasts, or a bit of flesh, it seems to be a trait of Western culture, that men and women in our culture have been more acclimatised to turning a blind eye to such things.

I was considering this in relation to actual sex slavery, rather than the fantasy-version of it. Here in the UK a law was introduced to make it clear that if you engage in sex with a prostitute who is later found to have been trafficked for that purpose, you will be prosecuted for rape. Ignorance is insufficient defense. You have eyes, ears and mouth, use them to ascertain whether the person you have paid to have sex with has consented to her sale before you touch.

You'd think that was simple, but I am increasingly realising that it is not, and I don't think that this is a male versus female situation, I think that some males and some females are. If others want it to be more divisive, I'm just not seeing anything other than their string being pulled and their buttons pushed.

I know that it has passed many people by, but I was being tongue in cheek and not taking any part of the discussion even remotely serious.

So you are saying you were trolling.

No, not at all, Skeptic Overlord explained it to me when I first joined, it's called "light-hearted banter". You only think I am a troll because you don't like what I am saying.

I can't imagine, based off that story, that Carrie Fisher would have any real issue with Steve Martin's tweet.

She may have railed against the industry and it's over serialization of women, but it didn't mean she shunned her own and didn't enjoy a compliment on her beauty, especially if it was sincerely meant. She was a smart person who no doubt knew a lot of her fans started out attracted to what she looked like and she utilized that hook to draw them in and make them realize there was more than the outside to her. Proof is in the pudding, because she was successful throughout her life in so many different areas, not just acting.

This whole PC thing is just crazy.
This whole "words make me go to therapy" world is crazy. I remember when it took sticks and stones to break my bones but words never hurt me. Sheesh. Of course, there are always those that can hurt us emotionally because we have connections to them, but strangers? pshaw on that.

But you know, I'm a middle aged white guy, so by default and from the get-go I am a, sexist, misogynistic, evil, full of white privilege, racist, bigot....so what do I know?

Anyway, I found nothing at all wrong with Steve Martin's comments. I found them nostalgic and sincerely honest. Too bad he deleted the tweet.

Before Nina even left our table, Carrie said the first words she would ever say to me. "Penn, would you like to feel my breasts? I've been in legitimate features."

Wow. I fell in love. I was in awe. It wasn't just the sexy, self-assured stunt of inviting a stranger to reach under her shirt that killed me; it was mostly the use of the phrase "legitimate features." That's perfect comedy writing.

He doesn't say whether he accepted the invitation or not.

But i'd have loved to know, none-the-less

I don't think youth and beauty are synonymous of each other, Helen Mirren is a prime example.

originally posted by: Davg80
a reply to: Anaana
So if he said lucky you on being so beautiful, would that be ok.

Like Carrie Fisher I don't consider my physical appearance to be an accomplishment and therefore I think that there are times when it is appropriate and when it is not to both give and accept a compliment. If I was giving a presentation at work, I might ask why that was relevant, otherwise, it would depend how it was intended to how I accepted.

originally posted by: Davg80
I don't think youth and beauty are synonymous of each other, Helen Mirren is a prime example.

I definately agree, I think Judi Dench, for another, has never been more beautiful.

I do agree that its tough to pin it solely on gender. You might have noticed my heavy use of words like "generally," "a male who..." as well as just stating "visually oriented folks."

I do think there is a general trend according to gender though. Also that while you may have had tongue firmly planted in cheek, plenty are really quite serious. Honestly, if I thought you were completely serious, and not as reasonable as I know you to be, I wouldn't have responded at all.

I do think the difference between mental and visual stimulation is large enough to make it nigh on impossible for one to really understand the other. However, its so very easy to operate on the opposite assumption since it seems completely obvious to us as individuals.

We could probably reduce a hell of a lot of conflict and strife if we didn't think our own perspective was so obvious and righteous that everyone else should just "get it." And if they dont "get it," surely thats because of inferiority rather than diversity! But.. that's about as likely as stopping bears from shi.. err, poopin' in the woods. Its just too widespread and easy for either scenario to change.

originally posted by: Serdgiam
We could probably reduce a hell of a lot of conflict and strife if we didn't think our own perspective was so obvious and righteous that everyone else should just "get it." And if they dont "get it," surely thats because of inferiority rather than diversity!

originally posted by: Serdgiam
But.. that's about as likely as stopping bears from shi.. err, poopin' in the woods. Its just too widespread and easy for either scenario to change.

I agree but I also have an annoying tendency towards optimism, I know we're capable of extraordinary things when we stop getting things arse backwards and realise we actually should be seeing the trees and not the wood.

You might have noticed I have my own, that I am a bit obsessed with how different and diverse each of us really are, as well as how that interacts with group traits.

My concern is that these things have been present for generation upon generation, but at the same time, I firmly believe that we are meant to consciously and continuously write our cultural story. We just haven't learned how.

I think all that social programming and conditioning could be better used to work in *that* direction, rather than continuing this pseudo-feudal thing we've had going for thousands of years.. but "they" don't listen to me, regardless of my shining, otherworldly brilliance.