Hillary Coughs up Green "SOMETHING" Into Water - Absolutely Bizarre


For those who can't watch Youtube videos, while Hillary was having her latest coughing fit, that prevented her from being able to speak properly for a couple minutes, she coughs -pauses- you can see her with something in her mouth, she picks up the glass of water and two large green something drops down into the glass. 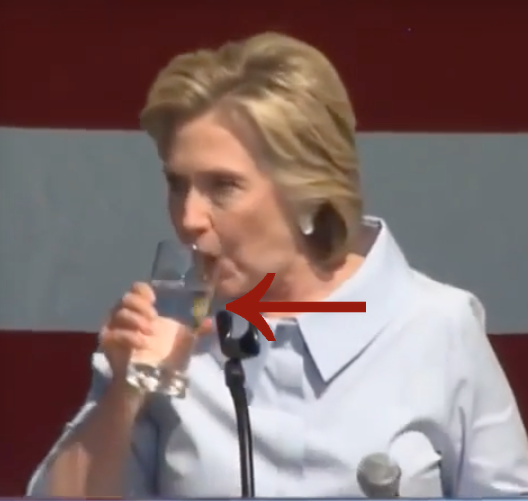 Maybe some of you are unaware that the CIA funded the National Enquirer, using Generoso Pope Jr. - Link to Story, and mainstream source...

Yes, Men In Black was actually, probably...most likely... a documentary.

And what were they saying just recently? August 14th 2016 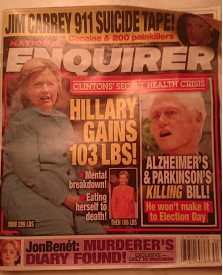 I've noticed that lately, the Tabloids are sometimes days ahead of "conspiracies" that pop up. Also, like the HRC weight gain story, odd indexing and promotion of the stories can be noticed. Around mid-August when this broke, the Enquirer article was posted all over the place. Regular searches on HRC was yielding it. Then regular newspapers started discussing it and it vanished, but it remains a 'source' for MSM to fall back on if someone criticizes her weight gain. 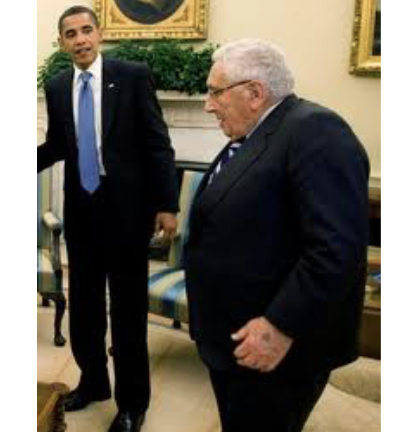 Has anyone considered that maybe, not only was MIB a documentary, but so was Star Gate (you know, the film that 'bombed' at the box office, but was so loved as a cult classic regular fan pressure sparked a decade long TV Series, lobbied repeatedly by fans everywhere)

Was Star Gate stifled because it got too close to the truth? A cancelled plan of foreknowledge or mirrored disclosure that was viewed as too dangerous originally...

A reptilian parasitic entity that takes over a host, offering it expanded regenerative abilities, an Alien mind & the benefit of its knowledge - at the loss of its individualism.

Side Effects: Green discharge balls after prolonged coughing fits? Maybe the symbiote is busy ejecting all the cancerous cells from her body, and the only way to expel them is by coughing them out. Ever notice how certain politicians go through 'changes', and begin to look differently? 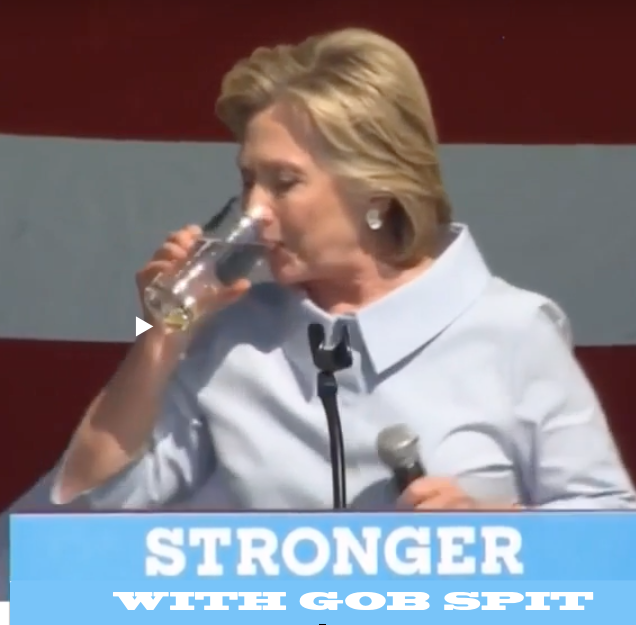 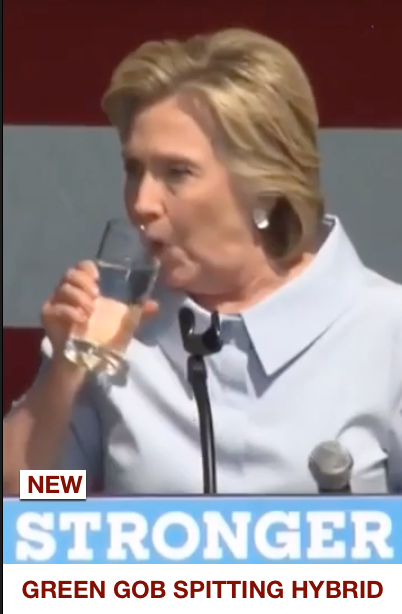 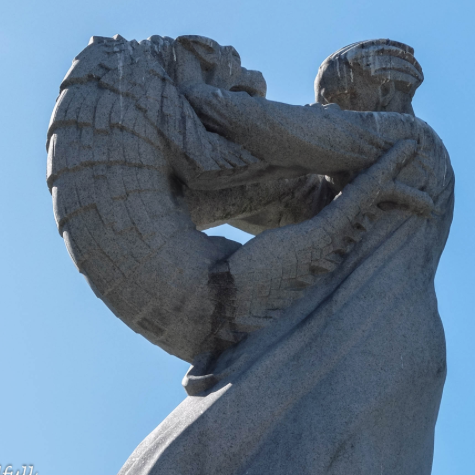 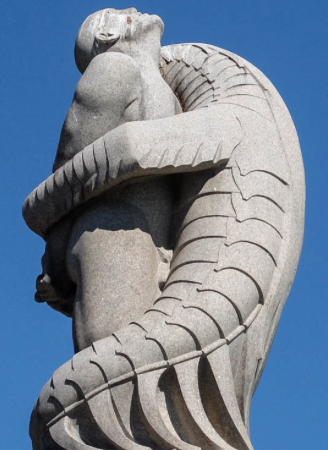 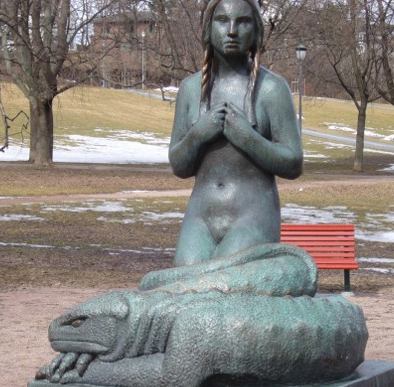 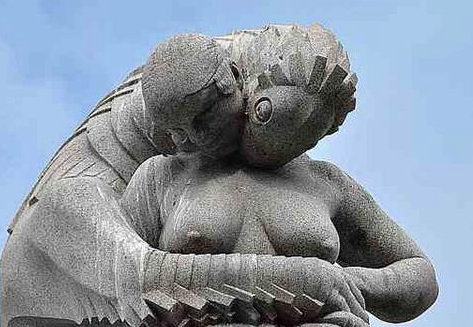 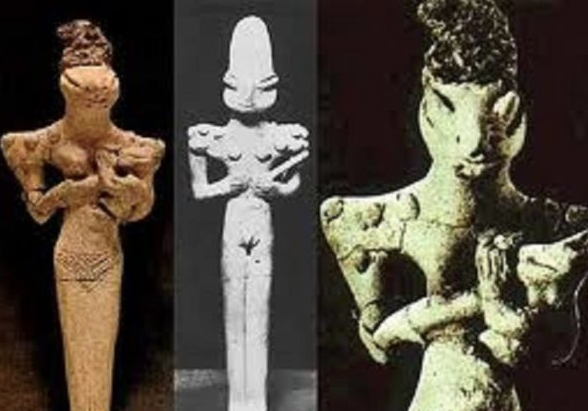 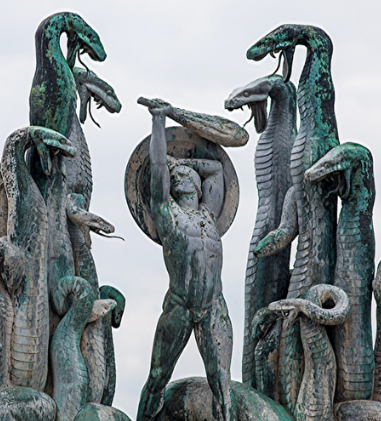 The scariest part to this, is that all of this could be and really, how would anyone know otherwise? How would anyone stop, fight or control it, or get the information out to the public? 90 people related to Hillary/Bill-Clintons were killed/died/suicided/etc...90!

The Former White House Chef, Died by Drowning!! - Now, explain why the need to 'off' a Chef. What could a Chef possibly witness that would make them an information/intelligence threat(??)

(Granted this is under the presumption of facilitated demise, but I think it begins becoming a mathematical impossibility once you hit 90+, people close to you or related to you in business/official dealings...)

Remember the 'leaked' health records - ATS Thread. What was the intention there, was it to leak health records to damage her (her opponents) or was it a coordinated plan, to leak a plausible explanation for her bizarre physical changes, seizures, and generally odd behaviour, & disappearances from the public eye.

So here's the rub,


could the Chef have witnessed,

a strange diet? (of children's blood perhaps? or whatever an Alien symbiote might be eating these days)

And the really scariest part, you as well as I know, this could happen in our world as we know it, and nothing would ensure the truth to reach the people. We live in a national security state. The world is ruled by a single empire. One created and formed in the early 1900s, which rose to conquer all its enemies in mid century, that took the best of its enemies and incorporated them into itself (PAPERCLIP, et al). 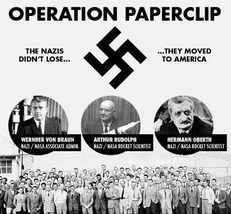 While this happened, it created the Military Industrial Complex, something outgoing presidents warned about. Secrecy became a commodity, with the highest powers having total control & access over it, and humans, people, commoners, losing all rights to privacy.

This is something we were warned about, something that was prophesied to happen yet it remains almost totally irrelevant in the common social consciousness today.

Literally, this could be an accurate depiction of what's going on, and there'd be no way to confirm it, no way to stop, no way to do anything but snap your latest selfie and pretend these harsher realities don't exist. 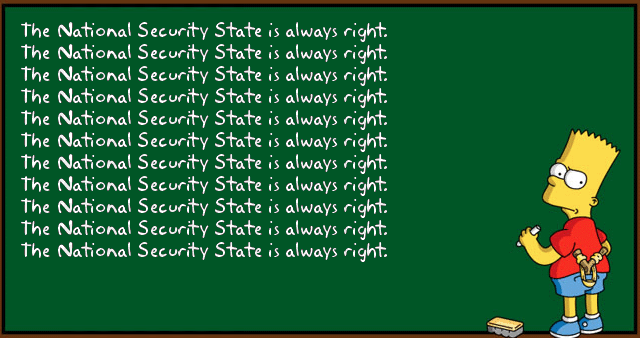 And this is where Ill bring you back to the reality you are comfortable with - treat this like an allegory. Because when you do that, there's nothing to debate or debunk, it's complete truth. As an allegory, it stands up to scrutiny.

We all need to start separating ourselves from this socially controlled, socially programmed cult of ignorance & materialism we belong to. Notice in the original MSM coverage, they are talking about her sickness, one remarks 'I don't even wanna show this...' ---implying its wrong to even question the health of someone who wants to rule your nation (the nation that currently rules the world--note, I would argue some rule it as well, by proxy).

You can hear them mention "conspiracy", the negative connotation. The media version of "stop asking about this, stop questioning it, because if you do, you're nuts." The official "sit down, shut up, nothing to see here, move along now". We live in "freedom" and we have "democracy" and that's all you need to know... 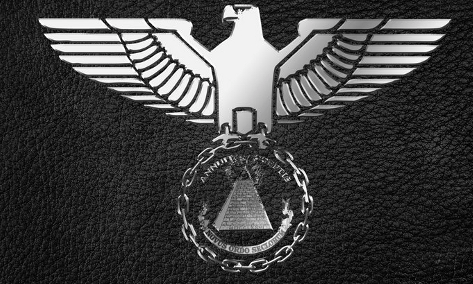 We need to start considering all kinds of allegories. We need to stop looking for "facts" that are simply talking points, and stop allowing the propaganda mills to treat their version of spin, like the only acceptable truths. 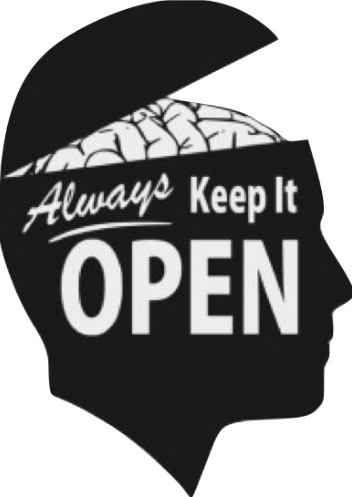 That's what it was, and a little ridiculous to think anything else I think.

However, she's not as healthy as Trump by all observations.

I'm really worried about her...

But yuk! Can't watch the video so I cannot comment on what the substance may or may not be. However, green sputum may indicate an infection, probably bacterial.

It occurs to me that she was hospitalized relatively recently. Perhaps she caught a MRSA and it's settled in her lungs/respiratory tracts?

originally posted by: Boadicea
a reply to: boncho

Maybe she was doing a Monica Lewinsky?
OK.. That was maybe a little over the line...

Don't really follow the politics but did see bill Clinton on a video recently and he doesn't look to welll either.. Not like I remember him anyway.
edit on 6/9/16 by Misterlondon because: (no reason given) 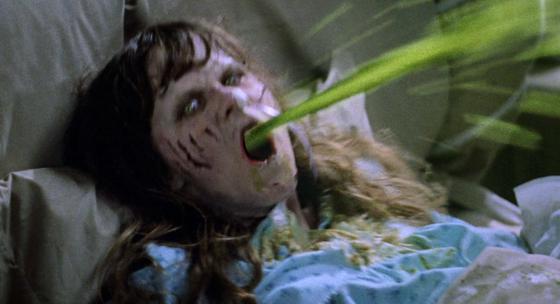 What you saw are 2 alien fetus, it's how the Clintons give birth

originally posted by: Kali74
My guess would be lozenges.

Awww come on, Kali - that's sooooo boring! It's got to be reptilian fetuses or something!!!!

posted on Sep, 6 2016 @ 02:03 PM
link
a reply to: ColaTesla wow! Are you saying that Hillary is THE lizard beast prophesized in Revelations? Thats BIG!

originally posted by: Kali74
My guess would be lozenges.

Edit: Gotta rule all these out first...

originally posted by: IAMTAT
a reply to: boncho
I have no idea what the hell she just gagged up.
Here is a close up.

Whatever looks the size of green olives.What the he'll is she spewing out!??
Maybe she should hire a private HAZMAT Team.
edit on CDTTuepm2261 by TDawg61 because: (no reason given)

posted on Sep, 6 2016 @ 02:14 PM
link
I'm not a fan one way or the other but she looked like she had lozenges in her mouth. You can even see her move them around before she brings the glass up to her mouth. Have you ever had one in your mouth that just got too juicy/sour and it hit that spot in your throat when you talk, that is what looks like happened.

But sure, lets go with alien slugs.