Numerous government around the world are slowly coping with the idea that the worldwide population has a right to know whether or not we are alone in the universe. In fact, the disclosure movement has never been as strong as it is today with countless Military officers, government officials, and astronauts speaking out about the existence of alien life and Alien spacecraft.

Jon Podesta, who was President Barack Obama’s right man, and Chief of Staff under the Clinton administration tweeted not long ago that one of his biggest regrets of 2014 was his failure to “secure the disclosure of UFO files” and that “the time to pull the curtain back on this subject is long overdue. We have statements from the most credible sources, those in a position to know – about a fascinating phenomenon, the nature of which is yet to be determined.”

The Document declassified by the FBI states: “…Part of the disks carry crews, others are under remote control, and the bodies of the visitors, and the craft also, automatically materialize on entering the vibratory rate of our dense matter…”

Part of the disks carry crews; others are under remote control.
Their mission is peaceful; the visitors contemplate settling on this planet.
These visitors are human-like but much larger in size.
They are not excarnate Earth people but come from their own world
The disks posses some type of radiant energy.

They do not come from any “planet” as we use the word, but from an etheric planet which interpenetrates with our own and is not perceptible to us.
The bodies of the visitors, and the craft also, automatically materialize on entering the vibratory rate of our dense matter.
They re-enter the etheric at will, and so simply disappear from our vision, without a trace.
The region they come from is NOT the astral plane but corresponds to the Lakas or Talas. Students of esoteric matters will understand these terms.

However, this is just one of the many files that have been released to the public which describe with great detail the visitations.
Many things remain a mystery. While the above-mentioned documents give fascinating details about the visitations, it still leaves us with a umber of questions like: Is it possible that three are several races of aliens out there? Are they Physical or extra dimensional?

“Yes there have been crashed craft, and bodies recovered. We are not alone in the universe; they have been coming here for a long time.” (source) (source) – Apollo 14 Astronaut, Air Force Captain and Founder of the Institute of Noetic Sciences, Dr. Edgar Mitchell.


We still do not have full disclosure, however we are getting some, little by little.

There are many reasons for all the secrets, one is, in my "opinion" is the technologies The the Powers That Be are sitting on for the past 65 years.

I am sure with many different UFO's crashes from different visitors. The world governments are sitting on all kinds of free energies and technologies probably thousands of years ahead of us.

The Greedy want to cash in on all these new technologies and control who is going to get rich, as little of this technologies is leaking out to military corporation, such as Raytheon and other Black budgets secret programs.

So, ATSer's what is your "opinions" that the world governments are hiding these great technologies from mankind?

Is it because of Greed?

Or perhaps, different government military are trying to weaponize these crashed technologies for their own benefits, to gain more Power over other Countries?

After some verification, this document may finally support what many have always believed... 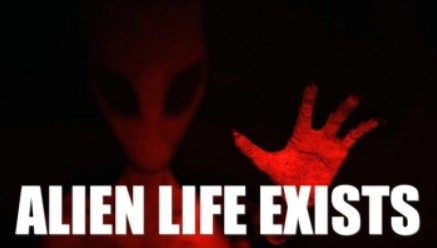 Mr. Putin disclosed, in English, WHY he carries a 2nd briefcase, which makes him the top ranking "disclosure"er.

Stay tuned, more to come out!

Wow. This is big.

I think the implications with disclosure could be staggering in many fields. What would the State of Kansas have to say!?
edit on 11-7-2016 by AgarthaSeed because: Typo

If there are peaceful beings who have been visiting here for a long time with tech that is thousands of years in advance of our normal human tech, who can pop into and out of our 'vibration' at will, then why in the heck would they have only allowed the governments of the world to have real 'proof' of their existence?

I will wait for 'alien disclosure' to come from aliens themselves and not any earthly government. They are welcome to visit my house anytime they wish, just that first they give me a ring so that I can put on some decent clothes to greet them.

That's a good one, I didn't think about that.

Perhaps the different governments are just going to sit on some of these technologies, until we become more advance to understand it.

schuyler
+76 more
posted on Jul, 11 2016 @ 06:05 PM
link
This has been around quite awhile. One of the things to make clear is that this is not exactly "from the FBI." It's a letter written TO The FBI that claims all these issues are true. It really has nothing at all to do with "Disclosure."

Also, do go to the link and peruse the other stories on the web site. Make note especially of the alien-human hybrid slant.

Edit to add: BTW, the letter writer claims to have gotten this information from "supernatural sources."

originally posted by: schuyler
This has been around quite awhile. One of the things to make clear is that this is not exactly "from the FBI." It's a letter written TO The FBI that claims all these issues are true. It really has nothing at all to do with "Disclosure."


Precisely. Just because it's the delusional rantings of a complete idiot doesn't mean the FBI won't tuck it away somewhere, just on the off-chance that the lunatic will end up taking a shot at a public official.

Thanks schuyler, I was hoping someone here could comment on the evidence. Now it's time to educate myself!

ETA: This is the newspaper clipping that was included with the letter sent by Billy Turrentine. He was interviewed by a special agent after submitting his picture and story. Nothing "materialized" afterwards and the case was closed. It appears Billy wasn't even a witness to the information contained in the OP and seeing a UFO on the night he decided to look for one is suspicious in my mind. 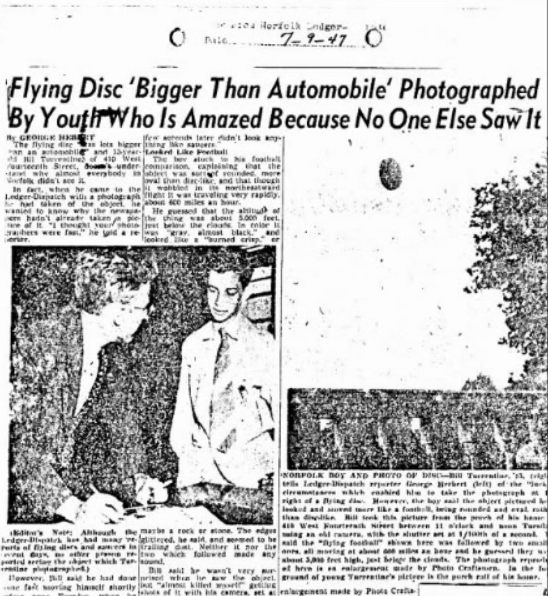 then why in the heck would they have only allowed the governments of the world to have real 'proof' of their existence?

When people witness strange objects in our night skies, most would call the nearest police departments, I am sure the local Police departments are require to turn over their information to the military, if there is reason to believe that credible people have seen or witnessed something.

Shall I send you a roll of 2ply?

These visitors are human-like but much larger in size.

That is vague but interesting and exciting.

I wonder where Bigfoot fits in to all this???

Here is one of my very fav ATS threads on UFO info by IsaacKoi:

I wonder where Bigfoot fits in to all this???

It is my "opinion" that Bigfoot does not have any part of this.

The fact is, the American Indians understand Bigfoot better then mankind and have have a recorded history with them.

posted on Jul, 11 2016 @ 06:46 PM
link
whomever would have control of this technology would have a huge military advantage obviously.

posted on Jul, 11 2016 @ 06:48 PM
link
there is no doubt in my mind we are deffo not alone,some scientists may still feel we,r unique and want to protray that notion but i think most now accept there is life out there somewhere.

i want to believe they,ve been here,i want it to happen when i,m still around but as much as a believer as i am its still a hard thing to believe,mean i know the closest star to us would take like 40,000 years to reach with the tech we have just now and if they had speed of light it would be 4 years,even for them having technology we couldn,t even dream about thats still some distance just to be popping in and out.