How can I make myself taller?

Some of the biggest people in life...aren't really all that big at all. In fact, I wish I could only be as big as some of them!

posted on Apr, 24 2016 @ 08:48 PM
link
From my knowledge the only way to gain a few inches is to go to space and let the zero gravity decompress your spine although this is only temporary it's been proven to give a bit of a boost in height!


a reply to: thejames

I had a typo and it was too late to fix it. Typed Price, meant Prince.

BUT this gives me the opportunity, if no one has suggested it yet...I hear that spending a year or so out in space stretches the spine. My husband is reminding me that it only lasts for a few days or so, so you might want to stay up there!

Of course, the girls will be taller too. But maybe upside down, it won't matter?

Sorry, I'm honestly not that heartless...Been painting all day and it's getting to me...feeling sort of silly here. Confessing to thread drift into outer space....

Sorry for the trouble.

but even then its only a couple inches at most, is it worth it?
edit on 24-4-2016 by theboarman because: (no reason given)

I'm 5'11 220 I've never considered myself tall nor short.. I've never been confronted with it either as I prefer petite women, just get confidence brother you'll be fine.

posted on Apr, 25 2016 @ 01:55 AM
link
I am pretty much your exact height OP. Granted i might grow another late inch or two due to my young age but i highly doubt it at this point. Just find a woman close to your size, there are lots of them luckily, and that is the only thing itll matter for. I have always marveled at couples with like a foot difference in height. I dont know how they do it ha.

Anyways, i have always felt bad for super tall people guys or girls and that is even without the experience of being taller.

I am much more worried about weighing more honestly. I am currently working on bulking up. I will admit being shorter and small can be a confidence drain in certain situations. Big vs. Small bones truly is a thing. Just ask my wrists.

posted on Apr, 25 2016 @ 05:54 AM
link
Thank you so much guys for the positive responses! And you all are so right that I need to just accept I am who I am... just like how Ronnie Corbett made being small a positive thing.

Yea...and your Avatar name says you are taller than even you have realized.

well you are 2 inches taller than "prince" was!!! (may he rest in peace) good posture will give you maximum hight and lifts in the shoes...glad you are not opting for that surgery...

I remembering reading that they gain height but they have tight ligaments because the ligaments correspond to their original height.

we all have things we would like to change but not possible....I will never be voluptuous or have an hourglass figure!!!! I have a really wide waist and no hips ( got just a tiny bit after birthing 2 babies!) and really wide shoulders,no booty!

back in the day jeans, pants were not made of stretchy material...I ended up wearing mens jeans for many years because they fit so much better...womens jeans, My legs would fit in a size three but I would need a size six because of my wide waist...and I was skinny!

womens shirts never fit right either (could never wear shirts that buttoned down the front)! I accepted it long ago that I have a pretty straight up and down body (not curvy) I made the best it that I could!!!

Thank you, but I'm not opting for any surgery!

Filet of fish, anyone?

Incline Bed Therapy, I've been on it for years. So has my family, all 3 generations. The closest thing to growing taller that you will know.

funny clownfish..correct, my post was directed to the person who started this thread!! 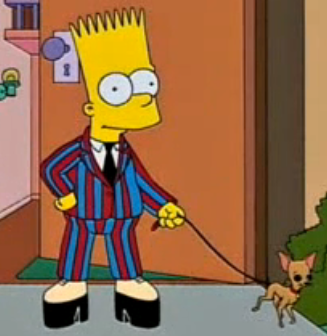 About 40 years ago, give or take, I met Jack LaLanne. He was a powerhouse. He wasn't much taller than you, but he was coiled and exuded power. 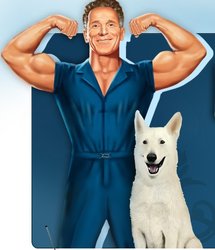 Hell of a good guy. You are confined to your size. That doesn't mean you can't branch out and expand your width and bulk. Let me tell you, there was nobody that was willing to screw with Jack LaLanne. He was the real deal. His manner would have caused him to be a presence even without the muscles.

He could have been a jockey, but he chose to be a fitness guru. He died at the ripe old age of 97, just a few years ago.

I would suggest that you be the best you that you can be. There is no reasonable or vetted manner to get taller. Be a sparkplug. Be a presence.

here's some advice. If you're over 5 ft tall count yourself blessed. That means you're "perfectly normal". Everyone has something about them they don't like. Everyone. The key is not to stress it. Again you're well within the normal range for a guy.

You can add an inch by wearing the right footwear. ie: Walmart sells some shoes with some large heals. Or use cowboy boots, or you could go to a camping store and buy a pair of hiking boots. Many have thick heals. They'll add an inch. But after that don't worry about it. It's not a physical think, ti's psychological. Again youre well within "range". 5 TO 7 FT IS normal.

The fact is you can't make youself taller. Don't try. You could hurt yourself. Don't mess with your bone structure. Be happy you have healthy bones. Try this exercise. Say "I like myself" 10 times daily for 30 days. Just keey saying to youself "I'm good enough exactly as I am". Do that daily. Tom Cruise is a bit shorter and he did pretty well in life. So is danny davito. AGain don't worry about it. You got far bigger fish to fry in life that you have to deal with, than worrying about your height right.

But don't do this: I worked with a professional man once, who I was really interested in dating. We hung around at meetings together, had lunch, good conversation, etc etc etc, the usual routine. But he never asked me out. I was perplexed as in, why couldn't he see we were perfect together? lol.

A few weeks later I ran into his secretary and we had a drink together. Eventually I asked if he was dating anybody. As the conversation progressed, she mentioned he would NEVER ask me out, and later said the reason was because I was about three inches taller than him. I think he was about 5.4". I can tell ya, hearing that was such a turn-off. Seriously, was he that insecure and vain? Shallow? Crush OVER.

I did see him a few months later in a restaurant with a date. She looked about 5'1 or maybe 2. Boo! (Half his age too, so I might have had the additional horror of being too old for him, although I was a year or two younger).

Point being, it probably matters to you more than it does others. You can't change it without surgery so go with it. There are some vids on youtube of Japanese girls having the leg extending surgery, and it's distressing to me that a physician would do this to young healthy legs.

Great testimony. I'm 5'6 and dated a girl who was 5'9 we had an incredible time together until she found a job on the other side of the country. I've struggled with my height too but I've found throughout the years that when I am confident it really doesn't matter all that much how tall I am.