There are also private groups that fly fighters that leave black trails, and even fly in formation.
edit on 4/9/2016 by Zaphod58 because: (no reason given)


I had assumed that the day of some idiot coming onto a sighting thread and brow-beating the OP because there were no pictures was over, that each one of these idiots finally had somebody them that they was an idiot. But I won't do that.


Agreed, as with any other thread it stifles debate.
A mod argued the 'pics or it didn't happen' line with me the other day so I ran with that myself in this thread.

You ignored my pretty quick edit explaining it though, and the OP accepted my edit, you however decided to whine when there was no on-topic need to do so.

Okay. I see how this works now. Hi, tweetie. How long were the black trails? Did they linger?

New engines don't leave smoke trails unless there's something wrong, but there are still at least a few thousand older engines that leave nice trails in normal operation because they don't burn as efficiently.

yeah, and i'm sure advanced aircraft use older engines

posted on Apr, 9 2016 @ 01:34 PM
link
It would be nice if the OP had recorded his impressions at the time. Our memory plays tricks. People who keep journals are well aware of this. They're often shocked how their memory has change or embellished an incident.

In fact, such a record might be more valuable than a blurry cell phone photo.

So you've identified them then, and know what they are? Do tell.

oh really. these are old aircraft but no one here can identify them. strange that.

Based on "it looked like a stubby space shuttle" We're supposed to already be able to identify something? OK, sure. Because we have every type of aircraft memorized based on descriptions like that.

So what's your guess? What old bilge spewing futuristic looking antique does it remind you of? 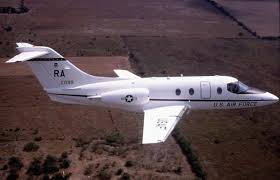 
in some of the renderings it is mostly black...


Oops...I see that Moresby already posted about this one on page 2

originally posted by: bandersnatch
Try the Lockheed ones...there are some that ARE CLOSE....
PLEASE GIVE A MORE DETAILED DESCRIPTION....
Does it have one vertical stabilizer?
How are the wings swept back? at what angle roughly?
(perhaps the speed of it could be deduced roughly by the angle of sweep etc....
How needle sharp was the nose?
compared to a raptor say?


I don't see anything made by Lockheed that's close. I went to a few websites.

I'm pretty sure they had one stabilizer bar, like a fin sticking up in the middle of the back part of the craft. I'm having a bit of a hard time with that one and being sure if there was only one bar and not two. I've got all of these tabs open looking at pictures people are posting and trying not to let the pictures corrupt my memory. Lol!

No sharpness in the nose. Rounded nose. The nose was not like a Raptor's. These looked nothing like any fighter craft. Fighter craft tend to have a certain look to them no matter what the shape or who makes them. Fighter craft are designed to look aggressive. These did not.

These craft were only going slightly faster than my plane was because it took a while for them to pass the plane and be out of my sight.

What made me think they were some sort of military craft was their color plus, of course, they looked like shuttles.

I looked at many pictures of the X-37B online after arriving home because I'd seen pictures of it and wondered if that's what I was seeing but no, it's different than what I saw.

It's funny because I thought someone at ATS would immediately say, "Oh, those are just blah, blah, blah; so no biggie. I thought I was naive because I hadn't flown in so long and they'd be old hat to everyone who likes this forum.

I most have missed where there said "spewing". Last time I read the thread I didn't see anything about spewing smoke.

But not many civilian flying in tandem (with a trailer) faster than jetliners at such altitude.

drones huh? I suppose. what? chemtrails not a welcome topic on this site? cool by me. I just had a question about what was coming out of the back of these mysterious craft. I think it is a given that the military has secret aircraft programs of which these craft were probably exponents. So I don't find that aspect of the story controversial at all. I just want to know what kind of trails they were leaving. Voluminous, long? Thin, wispy? What?
edit on 9-4-2016 by nomad2 because: spelling

originally posted by: nomad2
First time here, so this may not be in right place. But these black trails they were leaving. How long were they? Did they linger? 'Cause, they probably shouldn't have been leaving black trails if they were conventional jet engines.
And you know, that is the altitude that chemtrail planes fly.

Since I'm well aware of the chemtrail/contrail issue I studied the exhaust. The blackness of them was noted right away. They left a thin, black, wispy trail that just hung there as far as I could see. There was no thick plume or continuity to them at all. They looked like they were just going to dissipate after a while but I don't know that for sure. Of course I couldn't see the trail my plane was leaving under the same conditions so I couldn't compare the two.

posted on Apr, 9 2016 @ 02:18 PM
link
The bottom line here is that we don't have anything. OP took no pictures (because he is not a phone guy), didn't call attention to these objects (because he's phobic about that sort of thing), and spent several minutes studying these things intently (because he's just like that.) He says they look like stubby space shuttles in level flight going SLIGHTLY faster than the airplane in the same direction "one lane over," thus remaining very visible and subject to observation for a very long time, and happened to see these objects at FL39 on two separate flights days apart. No one else on either of these flights has come forward about them even though there were likely several dozen people also in window seats on that side of the airplane, nor has anyone else on any commercial flight, of which there are thousands per day, ever reported these things. And OP has rejected several suggestion by others. Yet he says he saw three of these things on two separate flights.

The combination of all these factors, including OP's rather odd recalcitrant behavior, results in no corroboration whatsoever. The odds of this happening are, IMO, near zero. We can't really go anywhere with this story. There are no conclusions to be offered. The various parts don't add up very well. So chalk it up to a "personal experience," because that's all you have here.


originally posted by: tweetie
a reply to: NoCorruptionAllowed

Maybe 75 yards? I did an experiment outside and asked for help to judge how far away a certain tree was which appeared similar to how far away the craft were from the plane. I can't be confident in that guess so it's not very useful.

What can I say? I tried to guess. They weren't that far away. I can imagine a football field and it's 100 yards long so that's why I guessed what I did.