Four pages into the post and no-one has asked you to draw a picture rather than describe? Really? Can you please draw a picture of what you think you saw?


Exactly what I was thinking...

we swing out to pass small craft.....but never an airliner going 540 mph.....at altitude it takes forever to overcome the traffic , then they fade behind us quick-like.....one thing....I see strange sights but they're all orbs or cigars.....or craft that look like they're hiding in the meteorlogical , as if they mask their location.
A little more vague than the thread on ATS now showing a hard edged craft....I see soft edged craft with apparent movement in the scud.....that's fancy for broken up little puffy clouds near the surface.....
edit on 10-4-2016 by GBP/JPY because: our new King.....He comes right after a nicely done fake one

Apparently, to repeat, what I saw was more unusual than I originally thought. Thank you to everyone who honestly tried to help me ID these craft. I understand what I saw doesn't fit the known parameters of people here who are familiar with the aviation industry. Unfortunately, I don't personally know any active pilots who I could present my sighting to but I do know plenty of them have seen things they don't publicize.

In all of my years of sky watching from the ground I've never seen any object I would categorize as a UFO. Maybe this is a first. These craft were not zipping around or stopping mid-air or flashing lights or changing direction suddenly; they were traveling along a set, parallel line just as my plane was doing. I didn't see any lights on these craft. That would have stuck in my mind if I had.

Perhaps someone will happen across this thread in the future and know what I saw or has seen the same thing.

If this was some sort of inter-dimensional bleed-through, as one person suggested; hey, that sort of thing happens all of the time and all over the planet so I can't rule it out. I have no idea where the plane was in relation to the ground when I saw these craft in case it was over known hot spots for that kind of activity.

No MIB have shown up at my residence since I made the OP so I'm not revealing anything I shouldn't be. Just kidding!!

In the two years since I saw these craft I've never posted about them online anywhere but I do look with interest at any new models of craft I come across. Prototypes, drones, etc.

I can't think of anything else to add to my description. An attempt at a drawing by me won't change anything. Even if I had a professional artist draw a rendition of what I saw and give the craft the proper color, no one here would be able to ID it because it doesn't fit what is known by aviation buffs. I've repeated over and over it looked like a space shuttle such as the Challenger; an extremely well-known shape which most people easily recognize but where these craft were traveling and the color of them does not fit the known parameters of this forum.

Anyway, thanks again for the assistance to those who sincerely tried. I appreciate it.

posted on Apr, 10 2016 @ 10:55 AM
link
So from your description and lacking drawing ability, I tried to find a helpful image. Unfortunately, I can only seem to link the image instead of uploading it directly at this time. ( Perhaps, you or another in this thread can get it to upload)

OP, can you confirm if one or more of these images are what you seen?

Edit add: you stated it was stub bier with less windows than the shuttle. Perhaps, this Image will be closer to what you say you saw?
edit on 4 10 2016 by CynConcepts because: (no reason given)

From your link. That tree looking drone terrifies me, it really breaks from reality what could be up in the sky. Yikes.

So, yes, maybe he lied. But it isn't a grandiose lie. It was a unique event. But a conceivable one.

And he saw these things twice on two different flights? That's not a "unique event." Then we have all these other issues. No picture. No kind of corroboration at all. Yet fine detailed observation of a craft that, from the description, can't fly at all. That's too tidy of a package.

Perhaps the X47 drone? And wasn't there some other space drone the military was working on too?

It kinda looks like a space shuttle that is on weight loss medicine.

The X-47 is a flying wing design, and there were only two. They were talking about the X-37C, which would be able to carry astronauts.

Probably not actually short like the shuttle but otherwise things match.

Possibly. Heading back from somewhere.

originally posted by: grey580
a reply to: Zaphod58

lol that reminds me of this.

Kind of an aside here regarding "Flying Bricks",
just to not a brick CAN go supersonic...this I know
from PERSONAL experience, so if someone sees a short
stubby thing that looks like a Russian Buran or US Space Shuttle
or X-37b then I am going to suggst it looks like the below:


That should keep ya busy!

originally posted by: CynConcepts
So from your description and lacking drawing ability, I tried to find a helpful image. Unfortunately, I can only seem to link the image instead of uploading it directly at this time. ( Perhaps, you or another in this thread can get it to upload)

OP, can you confirm if one or more of these images are what you seen?

Edit add: you stated it was stub bier with less windows than the shuttle. Perhaps, this Image will be closer to what you say you saw?

Thank you for your time!!

In your first link which shows various views of a generic shuttle, that's very similar shape-wise to what I saw. I only saw them from one side and the back so I can only go by those views. The black color in the images is darker than the color I saw which I've said was a gray/black graphite color. It was a dull, washed-out black color to almost look like a very dark gray.

The passenger windows were closer together, no less than five and I recall them being similar to the ones in the plane I was in -- standard oblong (more long than wide) with the rounded corners. Typical passenger plane windows that I've seen. The crafts I saw seemed a bit shorter to me, or stubbier, than the images at your link or the pictures I've seen of actual space shuttles.

The issue is, the type of space shuttle-like craft I saw and have described is not known by anyone at this forum for traveling at 39,000 feet as a type of passenger craft (it was stated they are not meant for that) much less travelling parallel so relatively close to a passenger jet in the sky as I saw them do. :-)

The second link made me smile with the passengers so visible in the windows. Just a Sunday family trip in the space craft! Lol! That image is less like what I saw than your first link portrays.


I can't think of anything else to add to my description. An attempt at a drawing by me won't change anything. Even if I had a professional artist draw a rendition of what I saw and give the craft the proper color, no one here would be able to ID it because it doesn't fit what is known by aviation buffs


That's a large assumption on your part... and here we all are trying to assist you.... many here more than just 'buffs'
Maybe the... I am not of this world.... should have alerted us. 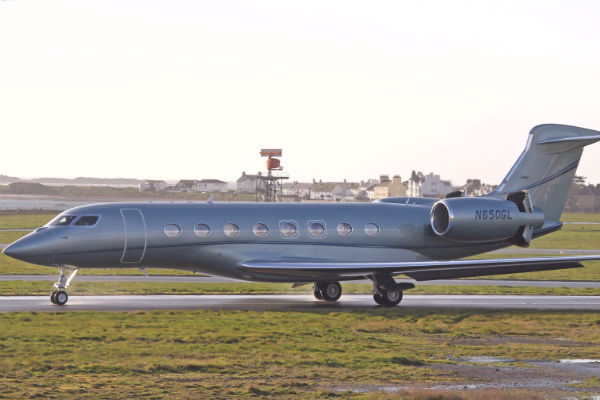 I can see how at the right angles it might look like a smaller shuttle with a row of windows. It would probably also be able to fly faster than an airliner in most cases.

posted on Apr, 11 2016 @ 12:27 AM
link
Is it possible that instead of black exhaust or smoke that it was a shadow projected onto the exhaust? Kinda hard to explain but have a look here...

The first time I saw the 'edge/volumetric' ones I had to look twice, thought they were weird. But I saw them from the ground, not sure if you'd see such a thing from another airplane.

posted on Apr, 11 2016 @ 01:06 AM
link
a reply to: stupidusernamehere
I keep coming back to Gulfstream for "Shuttle Shapes"..
G ulfstream aircraft