So a couple weeks back, was heading home from work in Denver CO. Going east on I70, and just turning onto the ramp going onto I 225 south. I saw a bunch of cars slowing down.. wondered why and then looked up.. and saw the weirdest plane I've ever seen. Was certainly plane-shaped, but it was not easy to tell. It looked the size of perhaps a 737? Not huge.. but still a large plane.

It was hard to tell the shape because for one, it was completely grey. No windows I could see, no cockpit, one would think a drone, but it was much too large. 2nd thing it was flying very low. Near DIA, it's not surprising to see lower flying planes, but this thing was maybe flying a couple hundred feet off the highway overpass. I was on the phone with my wife at the time, and trying to describe this to her as I was trying to merge onto 225, because it was just so weird.

It reflected no light.. it was just a dull weird grey so I immediately thought stealth and told my wife that.. your eyes just slid off the thing. And then there were two more anomalies. One, it had a tube underneath.. almost looked like the rod for a refueling jet, but was thicker.. and facing forward. And the ridiculous thing had a fin for the tail. Looked rather fish-like. I kept looking at the engines because I felt an advertising gimmick or something couldn't cover engines.. but they like the rest of the plane, were also grey and covered.. couldn't tell a thing.

Has anyone heard of something like this? I don't think it was an advertising gimmick. There were literally 0 markings on it. And in fact, no lights. Which I would think would be required for any plane. Just.. grey. Drone? If so, largest and weirdest drone I've seen. And very low flying. And no sound. No jet engine sounds. But flying at a decent speed.. not a balloon either. Any ideas would be great! I love flight sims.. and planes.. but this was out of my realm of knowledge. I'm sure there is a logical explanation.. but would love to know what it is.

Sounds like some sort of drone or RC model. How were you able to judge its' size?

posted on Feb, 16 2016 @ 11:55 PM
link
Buckley AFB is home to a lot of operators of drones so a lot of UAV and UCAV fly out of there. Given the color you describe, it sounds like a drone. They are designed to be invisible against the sky.

Drones come in all sorts of weird shapes and sizes, some as large as an airliner. Can you be more specific about what you mean by 'fin' or fish type tail? By 'engines' you mean you clearly identified more than one engine?

posted on Feb, 17 2016 @ 12:06 AM
link
So the tail was fin-shaped. It had 3 or 4 spikey protrusions.. that I could only think "fin" when looking at it. And the wings and engines were odd. I do a lot of flight sims (have an X55 Rhino and A-10 sim among others, as an example), and have since Falcon 3.0 back in the day. So I was looking quickly for telltale signs.. but it was like I said, weird. Even though it was flying low, I couldn't definitely say how many engines it had. One or two? Looked like one. But had a weird cross-section between the wing and engine and the body of the plane.

As I was watching this, I was thinking "Blimp? Drone? Balloon?" And it was so flipping weird.. all I could think was that it was some sort of gimmick. But I looked specifically at the cockpit.. it was grey like the rest of the plane. Which made me think drone. But weird fins and that protrusion from the bottom facing forward made wonder who in the world would make such a ridiculous drone.

It was flying north tho.. probably not a Buckley plane, I get those suckers flying over my home every few weeks on the weekend. This was heading sort of towards DIA, which made me think plane.. but the protrusion from the bottom was well lower than any landing gear would go.. so I was.. quite confused. Have never seen anything like it. Nor had the folks getting onto the 225 ramp, from the # of brake-lights that were being applied.


Um.. did you see a grey, spikey-finned tailed plane flying low with no lights nor engine sound? : )

could you possibly give us an indication of the overall planform of your mystery flyer?

The wings - more conventional (boeing-like, tapered wing) or more designed for high speed (a la fighter aircraft type delta wings)? I would assume the former as you mentioned it was flying fairly slowly.

The engines - were they underslung (once again boeing 737-like), or set into the fuselage? if so, could you see any intakes and exhausts, and where were they in relation the rest of the planform?

The Fuselage - did it give you any indication that there was a cockpit from the shape of it? looking at most airliners you can tell that there's a taper for the cockpit, where the windshield would be.

How MANY wings did it have? just glanced across Scaled Composites' Proteus research aircraft (ask professor google to find you some pics of it, can't figure out how to post here...) - that has distinctly fishy-looking pair of tails, might be difficult to ID number of engines, AND that pod under the fuselage can be refitted with various instrumentation packages. And to top it off it looks strange as all hell with it's TWO wings...

here's a link to an image of it (I hope it works):

I would love to see a drawing, and please describe the sound of the engines.

Possibly a Lockheed EC 130-J?
Check out the link, there is a photo.
Wikipedia Lockheed EC130-J

Check out a Google image search of "uav" to see the huge variety of weird and wonderful craft. Typically, UAV are used as platforms for information gathering, so they tend to come with all manner of odd bits and pieces slung underneath, especially if they're testing. I would be interested to get a better idea of the rod underneath. 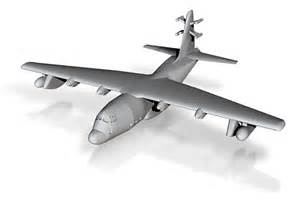 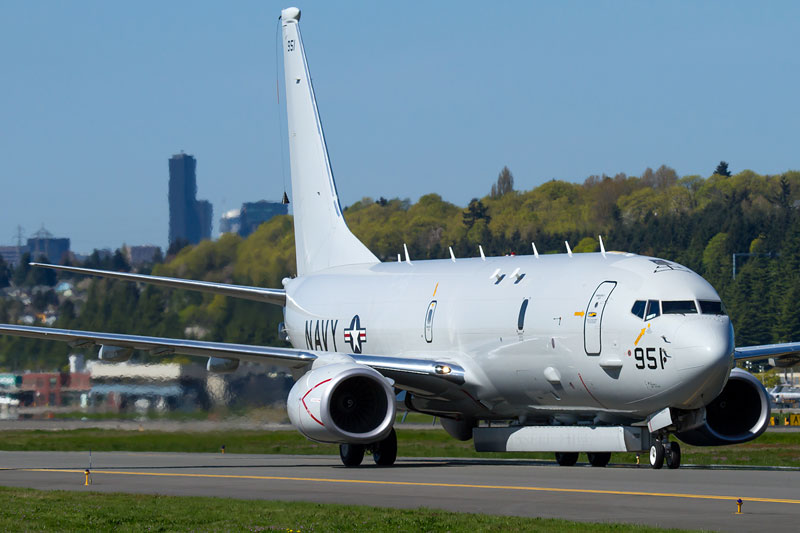 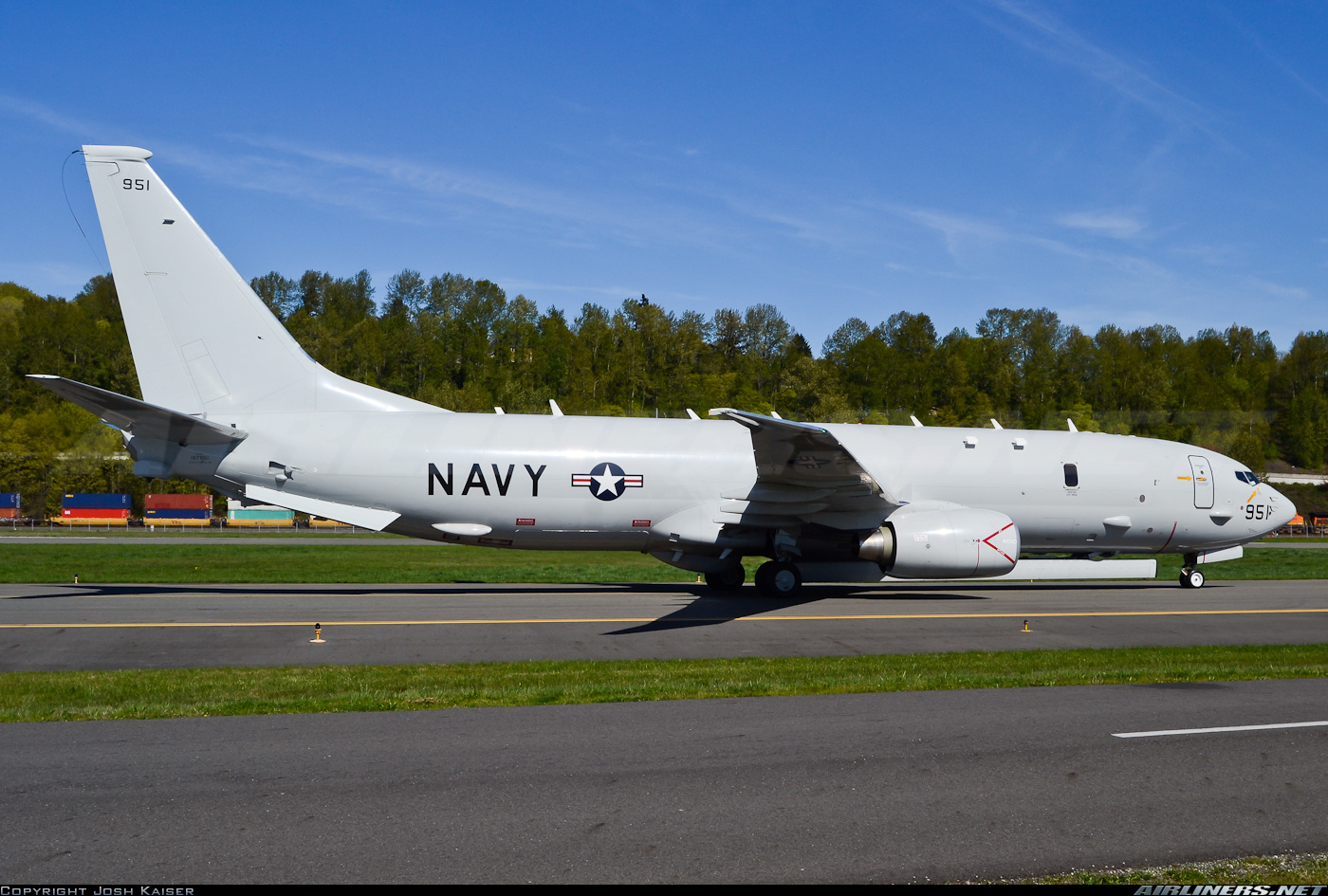 
Yes, I wonder about the snout though. I immediately thought of an ECM type A/C. The fin tail is a bit vague though, as most aircraft tails are fins.

I must have missed it because I don't see anything about a snout. The description reads like the Poseidon.

10-4, dude....you found a jet with a snout.....look at that snout....I think that Proteus was doing a low....450 foot AGL...look-around.....unbelievable they would do that during traffic....staying low under the terminal control area.

...that Proteus has fins