Not flying anymore and much larger than a 737.

That's the only other one I know of that might fit the description, but they don't have a fairing underneath that I've seen.

posted on Feb, 17 2016 @ 01:04 PM
link
I can certainly try to draw the thing - I'm the furthest thing from an artist, but I can try to draw something that doesn't look like a shapeless blob.

The color did not vary, and it covered the entire aircraft. Which is why at first glance, I thought balloon. It was a grey that is quite close to the text box I am typing into right now. The cockpit seemed normal in shape, but I could not see a window - could not see any seams or rivets or anything all. No markings, no lights. But the flying speed and banking it did, did NOT make me think balloon. It behaved like a plane.. and caused a lot of cars to slow down.. it was flying fairly low, well below where a plane would normally be if heading towards DIA.

As far as I could tell, it had a single engine on each side, under the wings. the tail seemed like your normal passenger jet tail, except it was finned in shape. And it had the long protruding bit on the underside - thicker than your regular refueling pipe.. but facing forward, not back. It extended from nearly the tail, to about the center of the plane.. and it was probably about a bit less than 1/2 the length of the plane itself.

The odd color threw me for a loop.. I stared right at it, and because of the weirdness, I couldn't tell for certain how many engines it had. I think one is correct thought. There almost seemed to be some cross-bars or something under the wing and attached to the plane.

I'll do my best to draw the thing. I could imagine it being a drone except for the fact there were no markings nor lights. Also, I heard no jets.. and didn't even think about it until the next day.

posted on Feb, 17 2016 @ 01:06 PM
link
That global hawk is certainly about the color it was. It did not have the bit above the fuselage however. And well.. it had that stupid finned tail and the protrusion underneath, but the cockpit looked similar to that. But.. not quite. Still looked like a normal cockpit in shape however, since the body of the plane was constant. If it was a drone, I can only imagine it was re-purposed from a regular passenger jet.

Doesn't match anything I've ever heard of. What you're describing is a radar carried under the fuselage, like on the P-8, but they're always put on the front top ensure ground clearance on takeoff and landing. Putting it in the back pretty much guarantees it's going to hit the runway when the nose raises. Generally the only thing back there like that are aerodynamic fairings to alter airflow because they've added a radar or something. 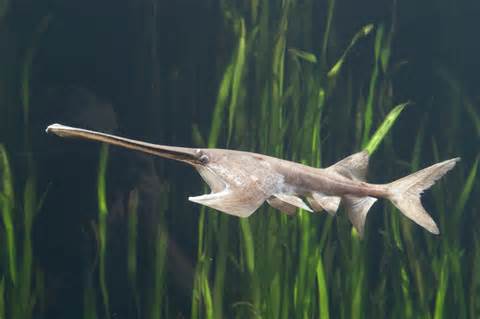 As far as I could tell, it had a single engine on each side, under the wings.

I couldn't tell for certain how many engines it had. I think one is correct thought.


So? Which is it? Did it have two engines, one for each side? Or one?

So? Which is it? Did it have two engines, one for each side? Or one?

I honestly could not tell for certain. Even though it was close, and it was bright out.. due to the fact I was driving and trying to observe it, and because of the dull grey color that comprised the entire thing, it was not easy to see. I even told my wife as I was watching it.. "it's weird.. I can't focus on details." It was just that.. weird. Also there seemed to be that cross-section between the engine, wing and body. I believe it was a single engine however. I'd say 75% certain. : )

That's what it was weird. Because in my long history of UFO study, observing carefully is important. Luminosity, size, sound, etc.. was it the size of 1 moon.. 2 moons across? And so on. But this was so stupid-weird and such a dull grey that I couldn't pick out details. Even though it was close to me. It was flying the other side of the highway. Maybe some 1k feet away. But I tried to pick out details, but wasn't able to.

That's why I posted it here. I have a feeling it had to be some sort of advertising gimmick. What else could it be? But the lack of markings, lights, etc.. and sound.. was just odd. Keep in mind this was the week leading up the SuperBowl, and the Broncos were in it. I first though it had to have something to do with that. But since the Broncos by this time were in San Fran.. I sort of nixed that idea.

posted on Feb, 21 2016 @ 02:18 AM
link
No drawing yet, so it's still hard to guess. MQ-4C Triton is an ASW support drone that has a V-tail and belly bulge for surface scan radar. Nowhere as big as a 737, but it does have a fairly long wingspan for its size. Most military aircraft are painted a flat or matte gray.