Strange contents of a mysterious box from the 60's, proof of aliens?

According to the article, the box was found by the road side and it 29x38 inches. It looks pretty damaged
and smells like it has been in a basement. 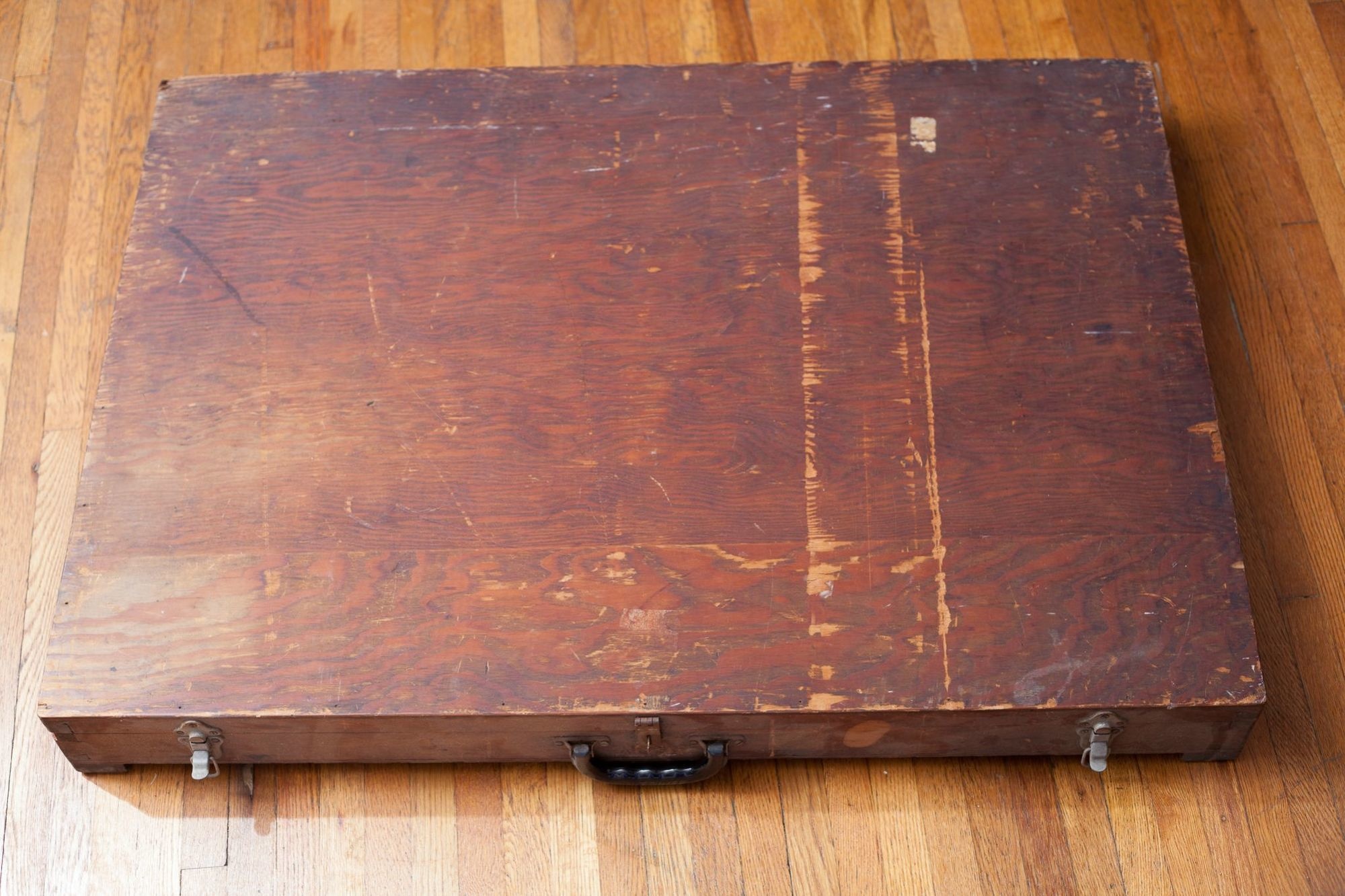 This is the first page with some text 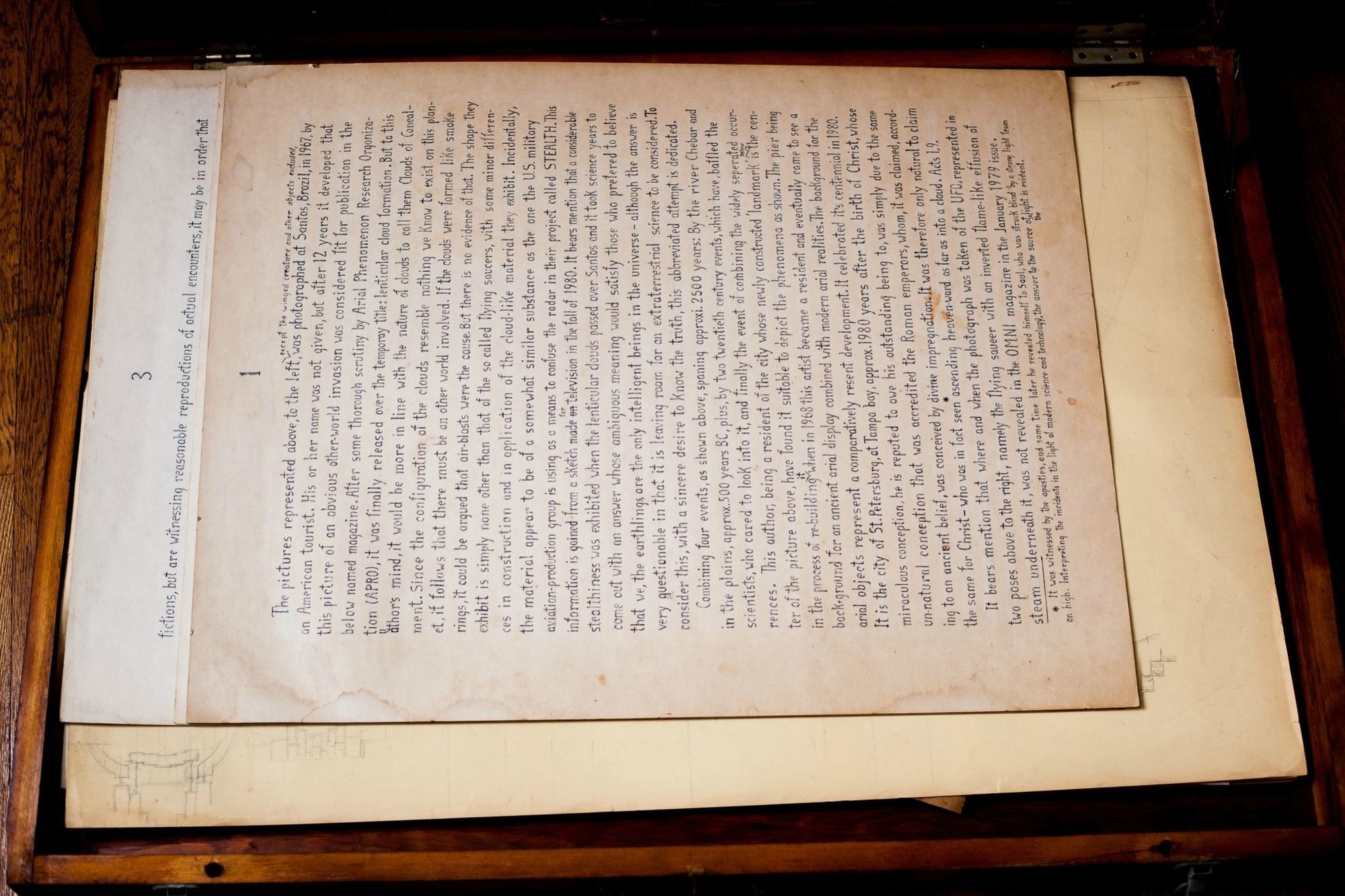 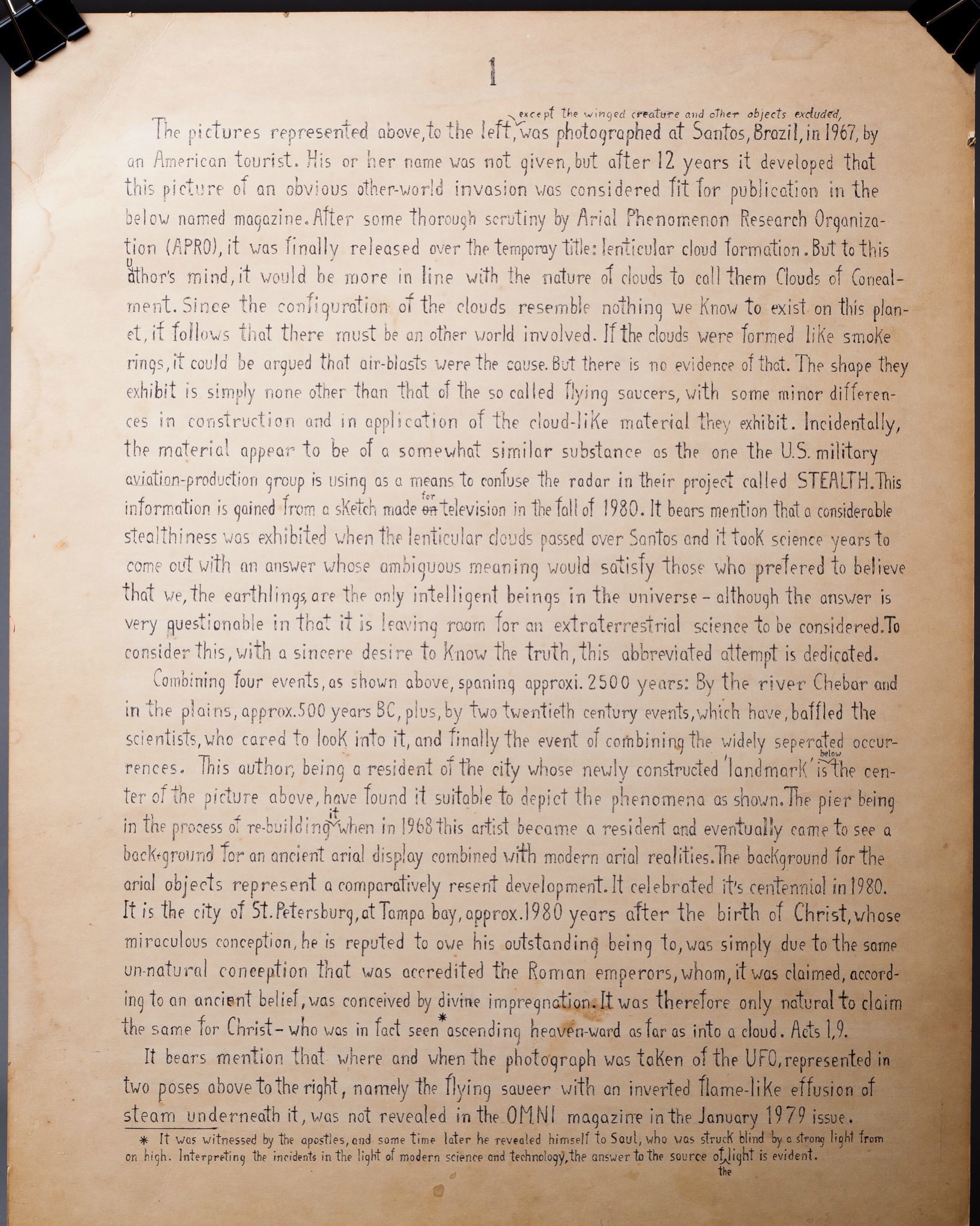 Followed by a patent of sorts? 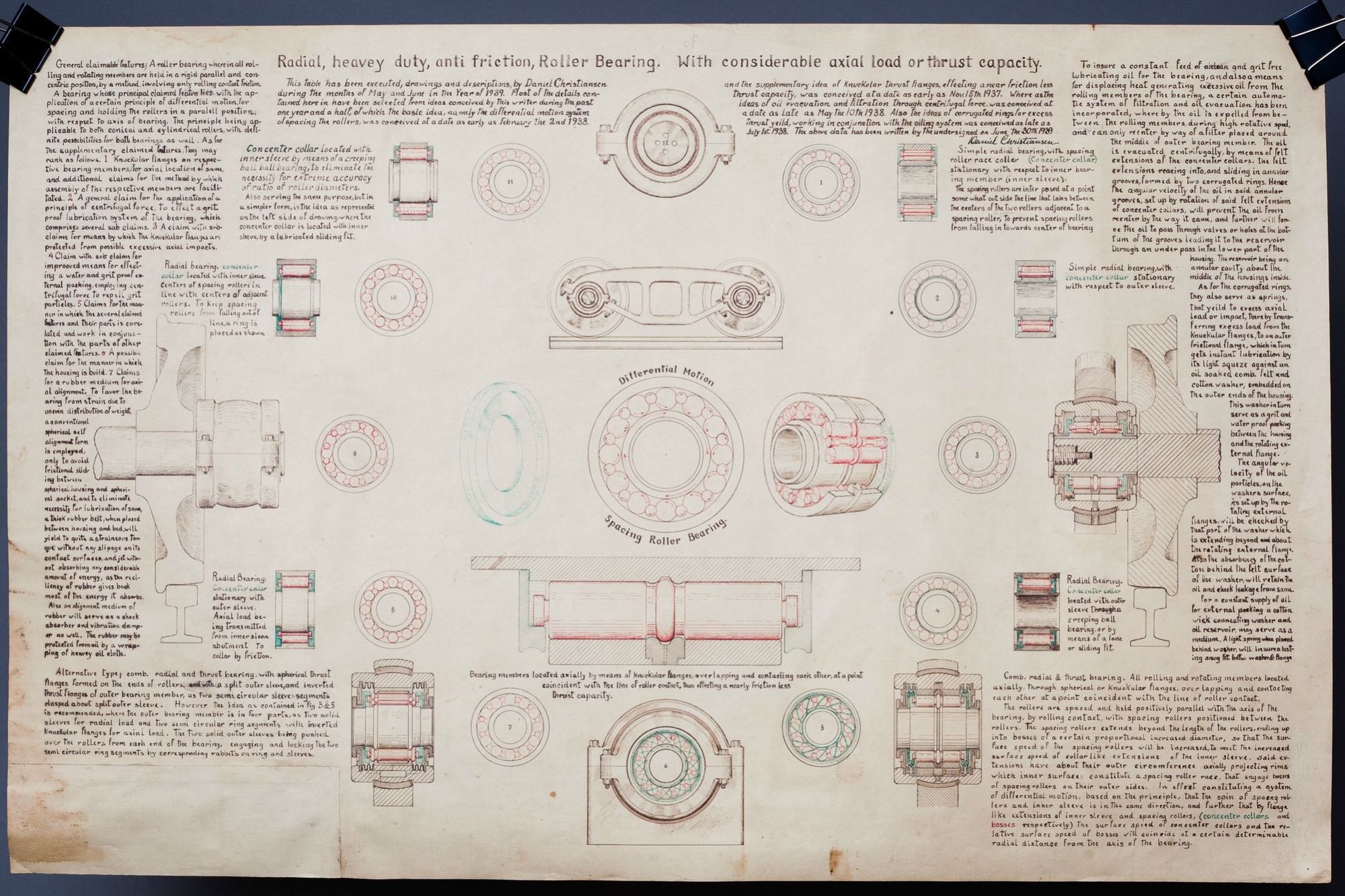 Map of airline road over the world 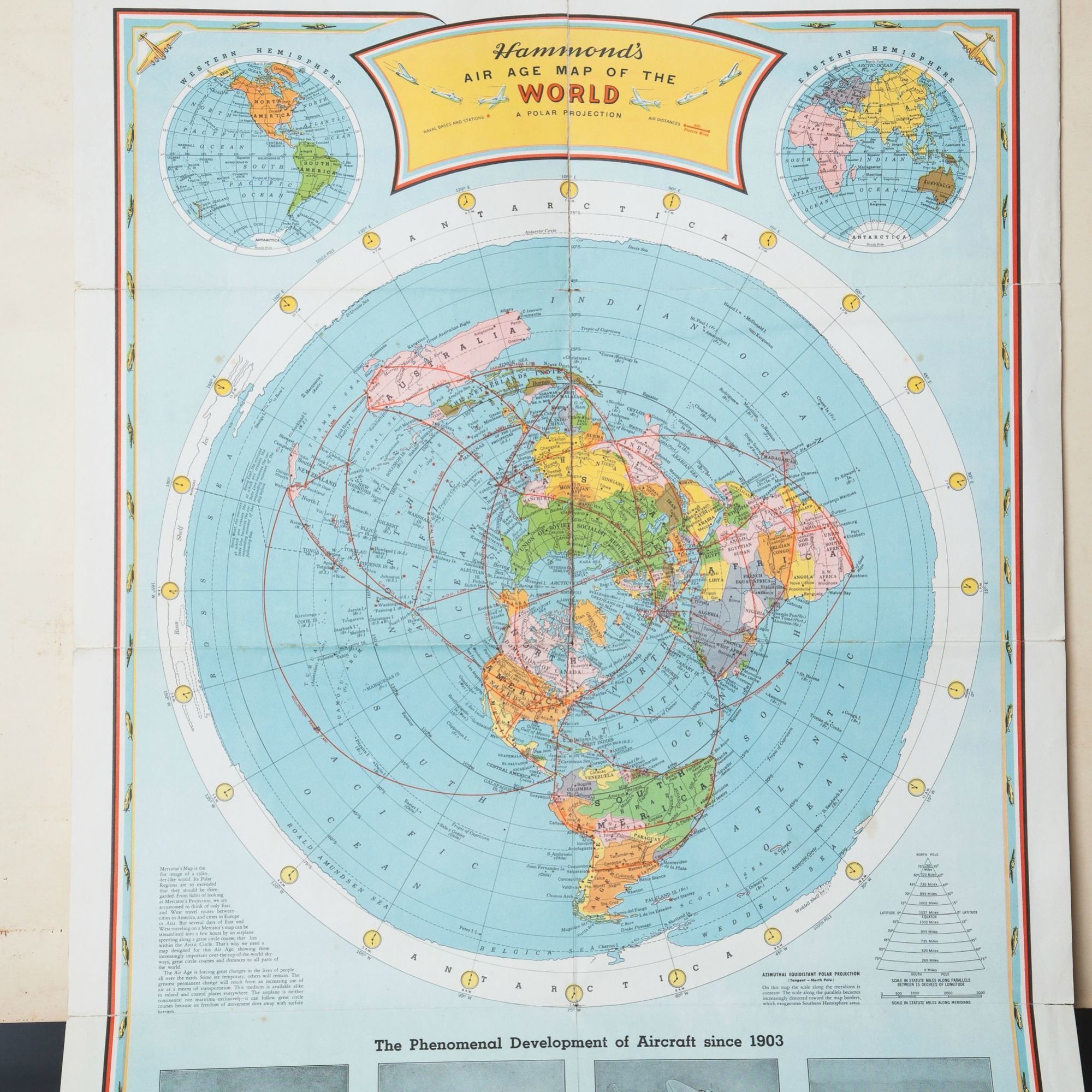 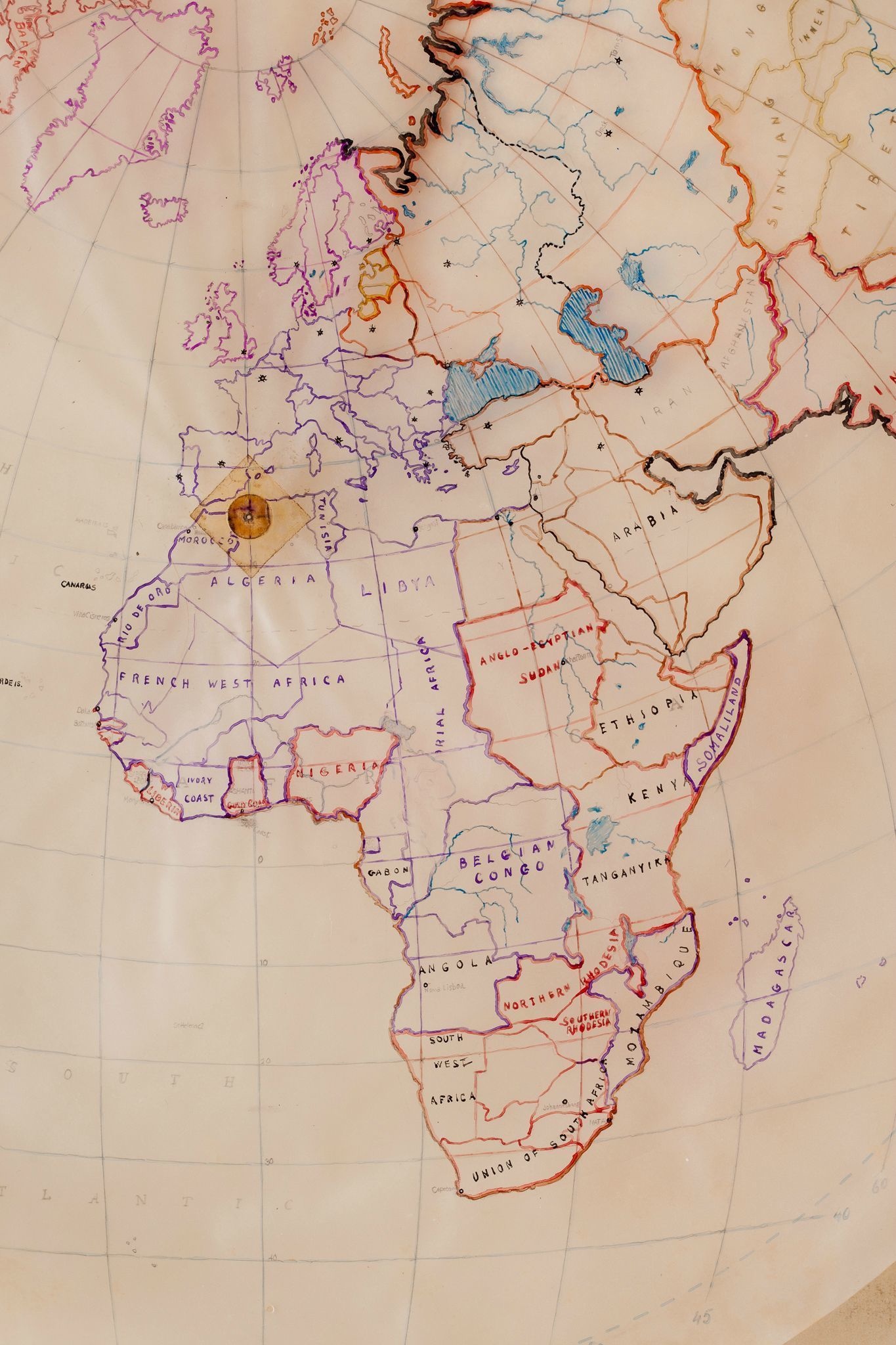 Each of the maps has a hole in the middle, as if they were meant to be stacked or laid over something. 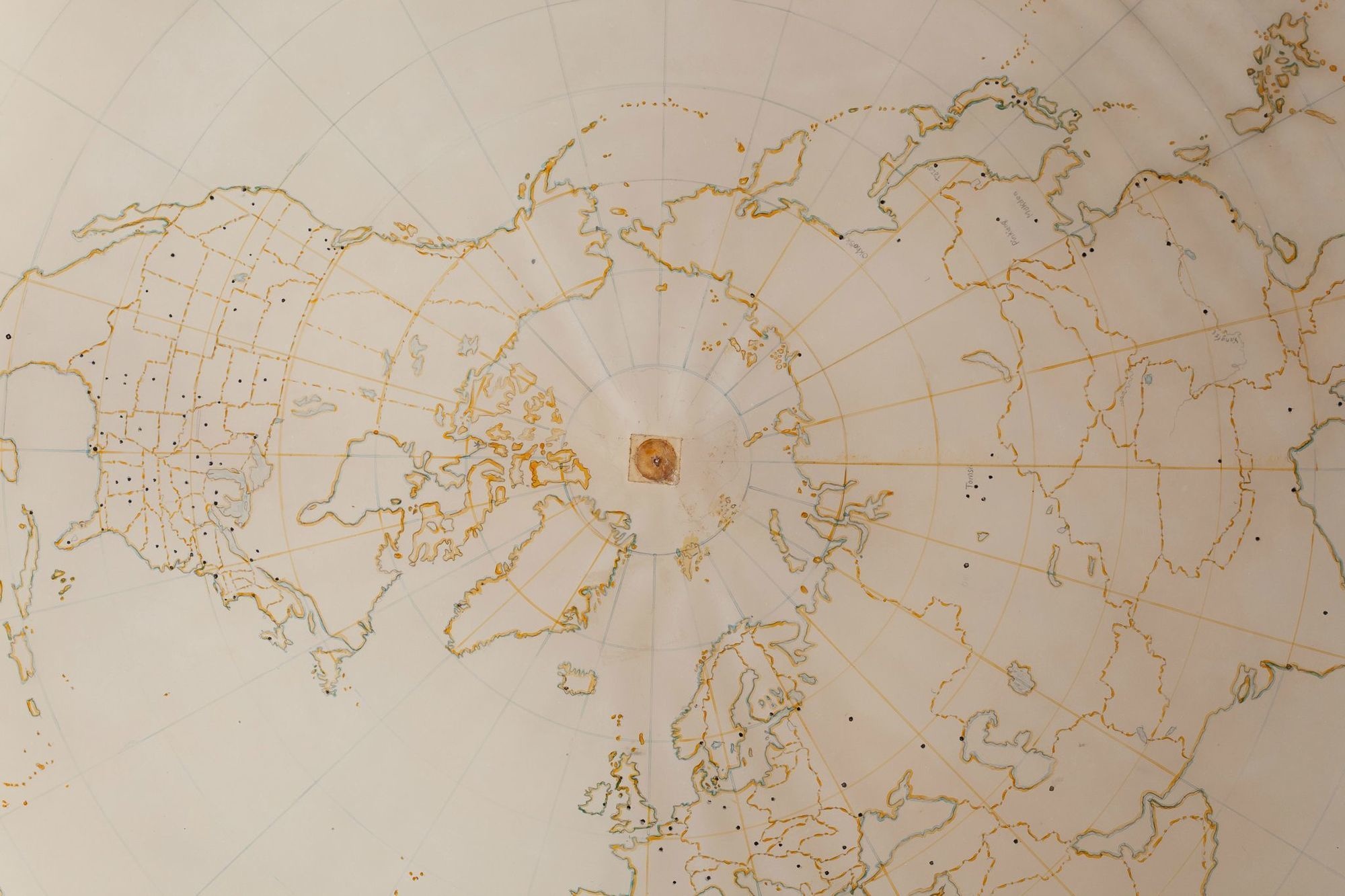 The maps were followed by an indecipherable letter. 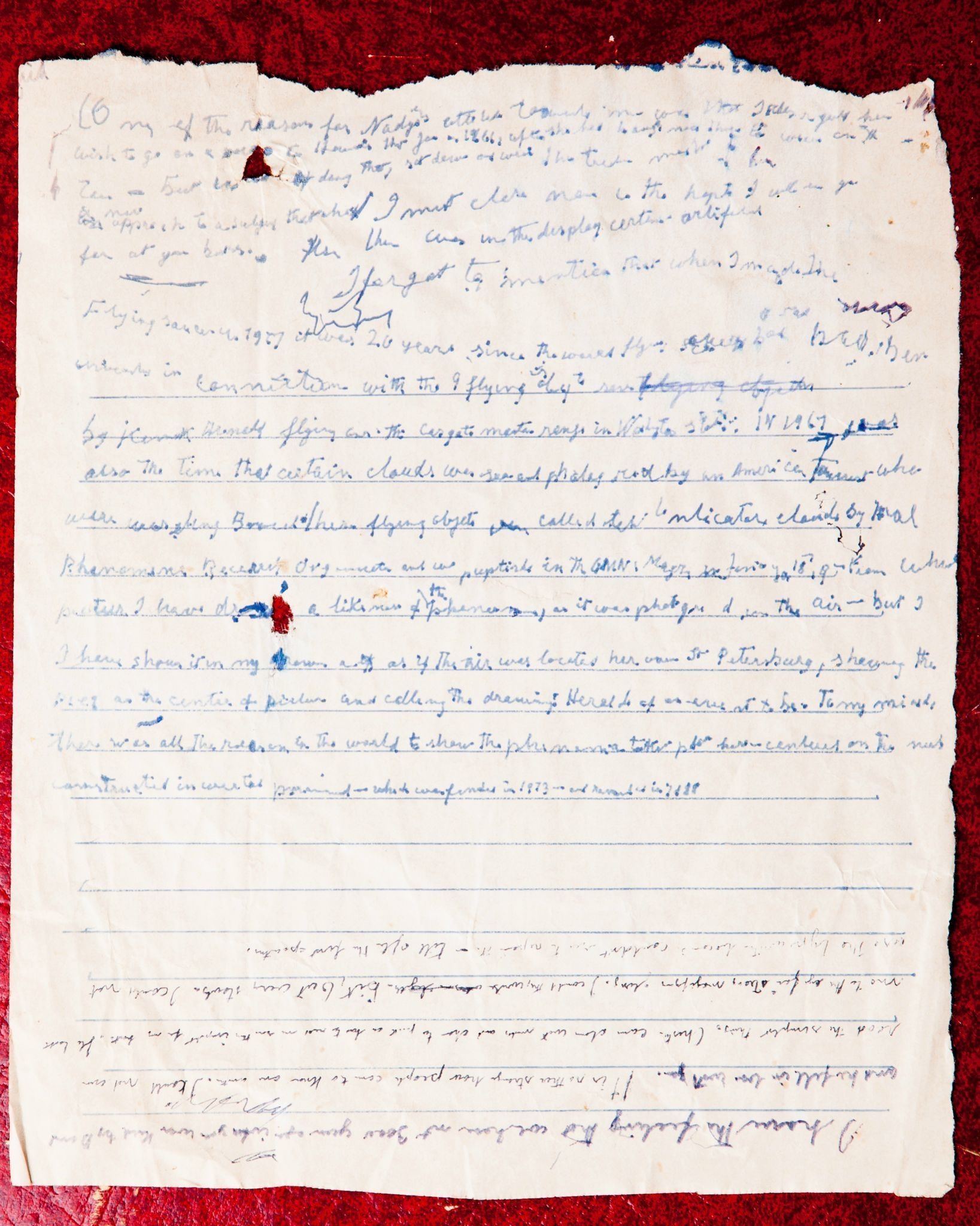 And a letter which appears to be Danish 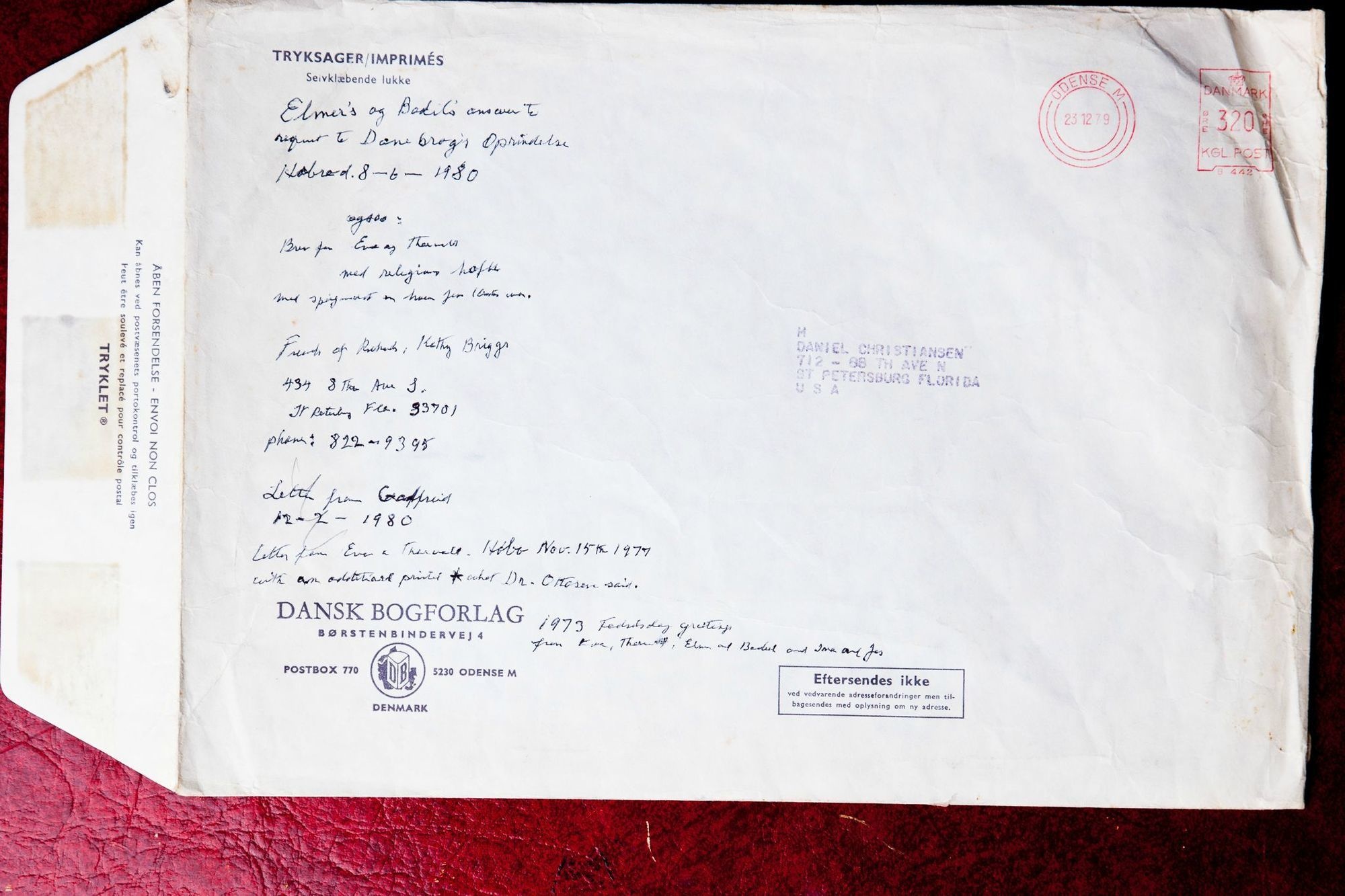 This card is a solid clue to the identity of the box's original owner: Perhaps he was a veteran from World War II. 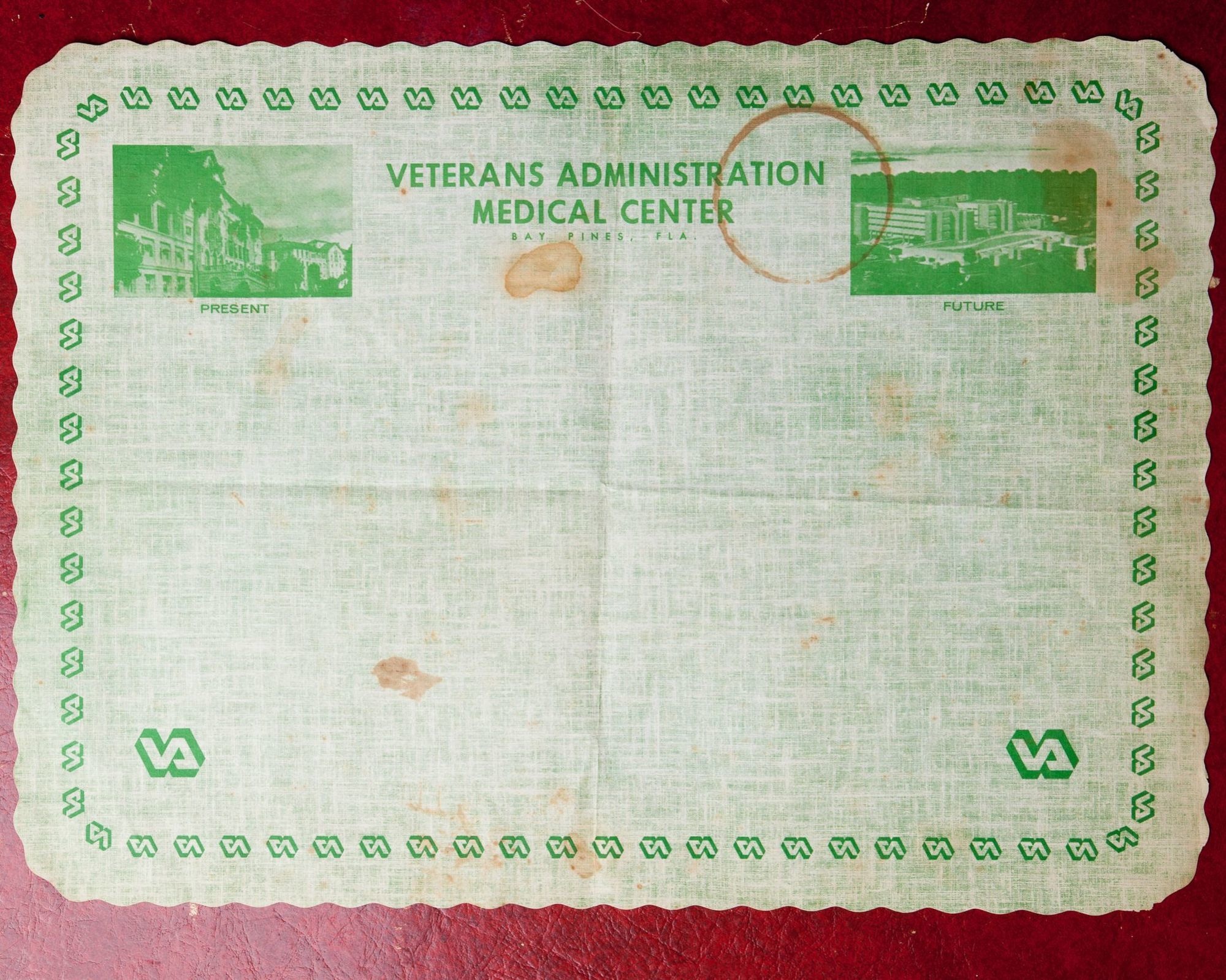 At this point in the illustrations, things start to get a little bit weird. This was drawn in 1977, after the artist allegedly saw this in Tampa, Florida. 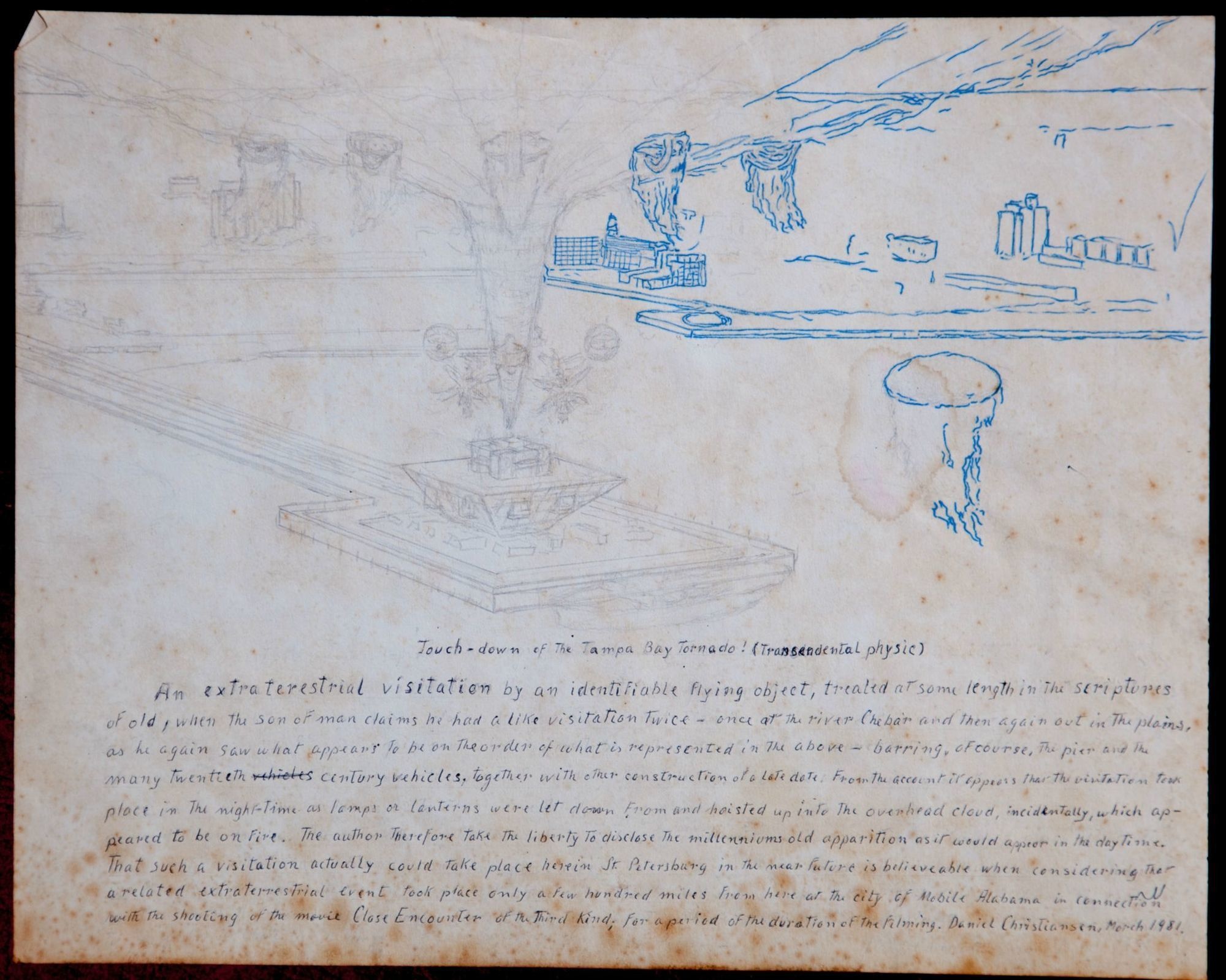 Here, he continued to sketch out the event -- now things are definitely getting creepy. 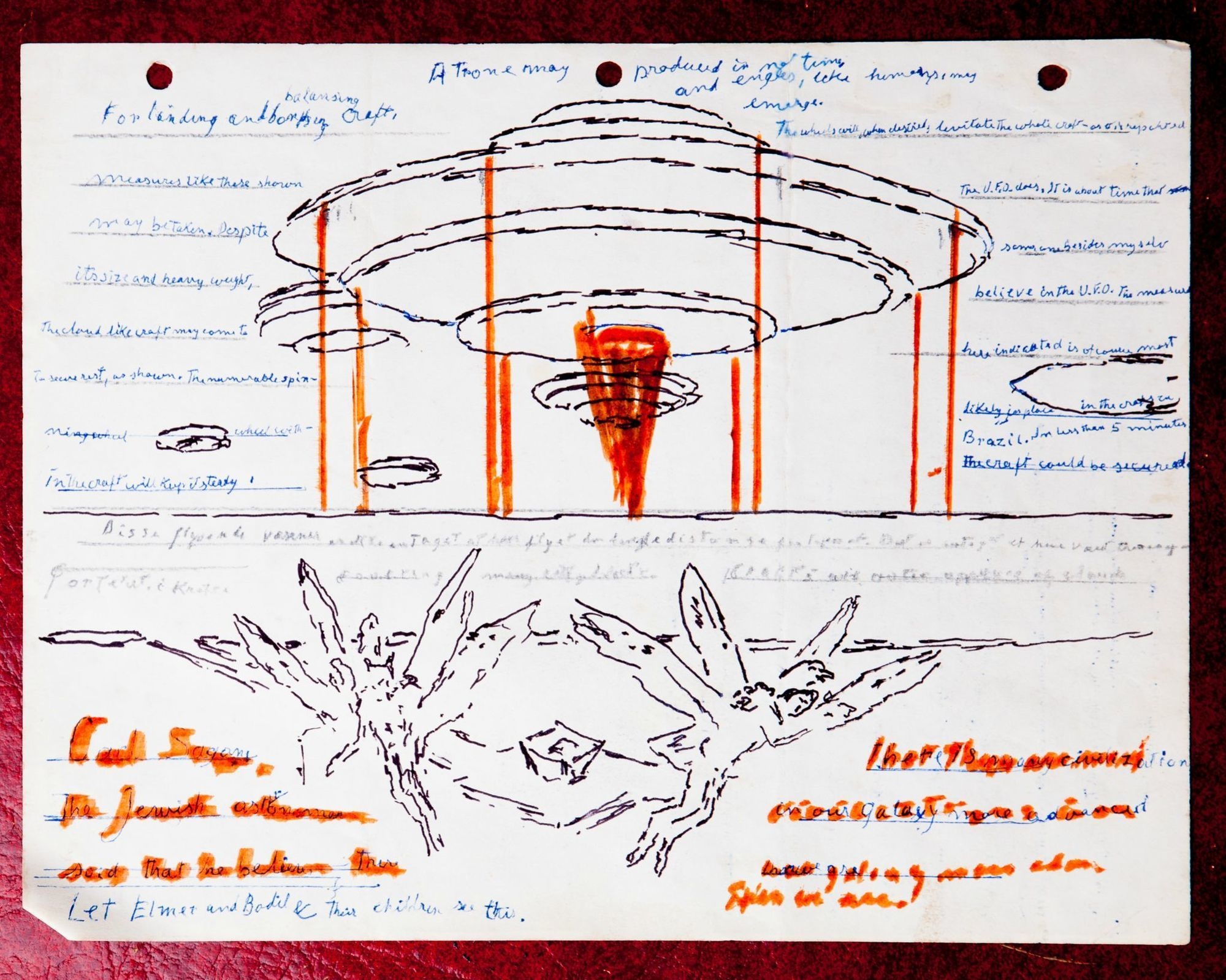 Here's his rendering of one of the creatures he "saw." 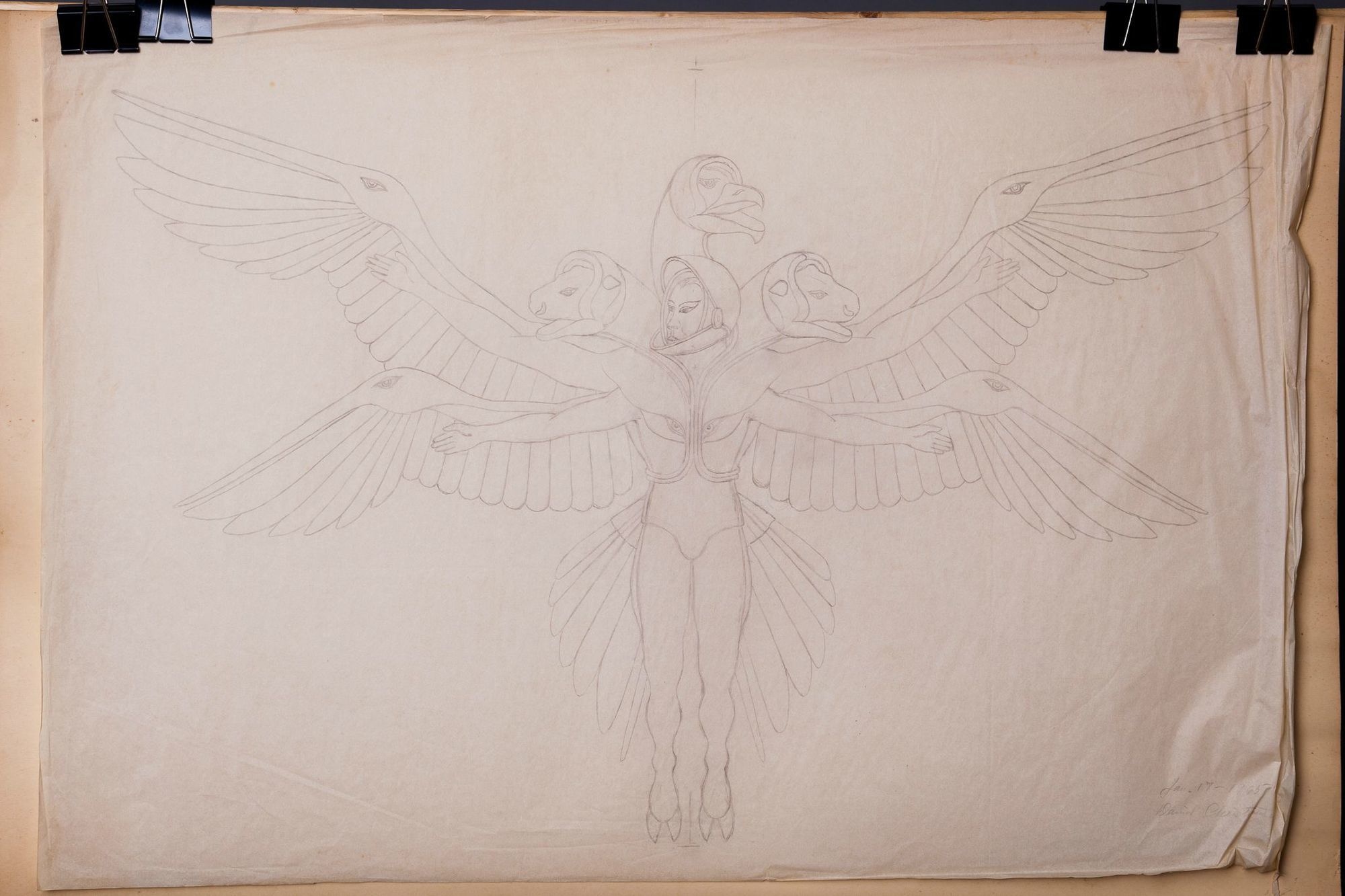 The image is actually biblical, "living creatures" described in Ezekial 10. According to biblical history, these creatures were thought to be aliens that lived on earth. 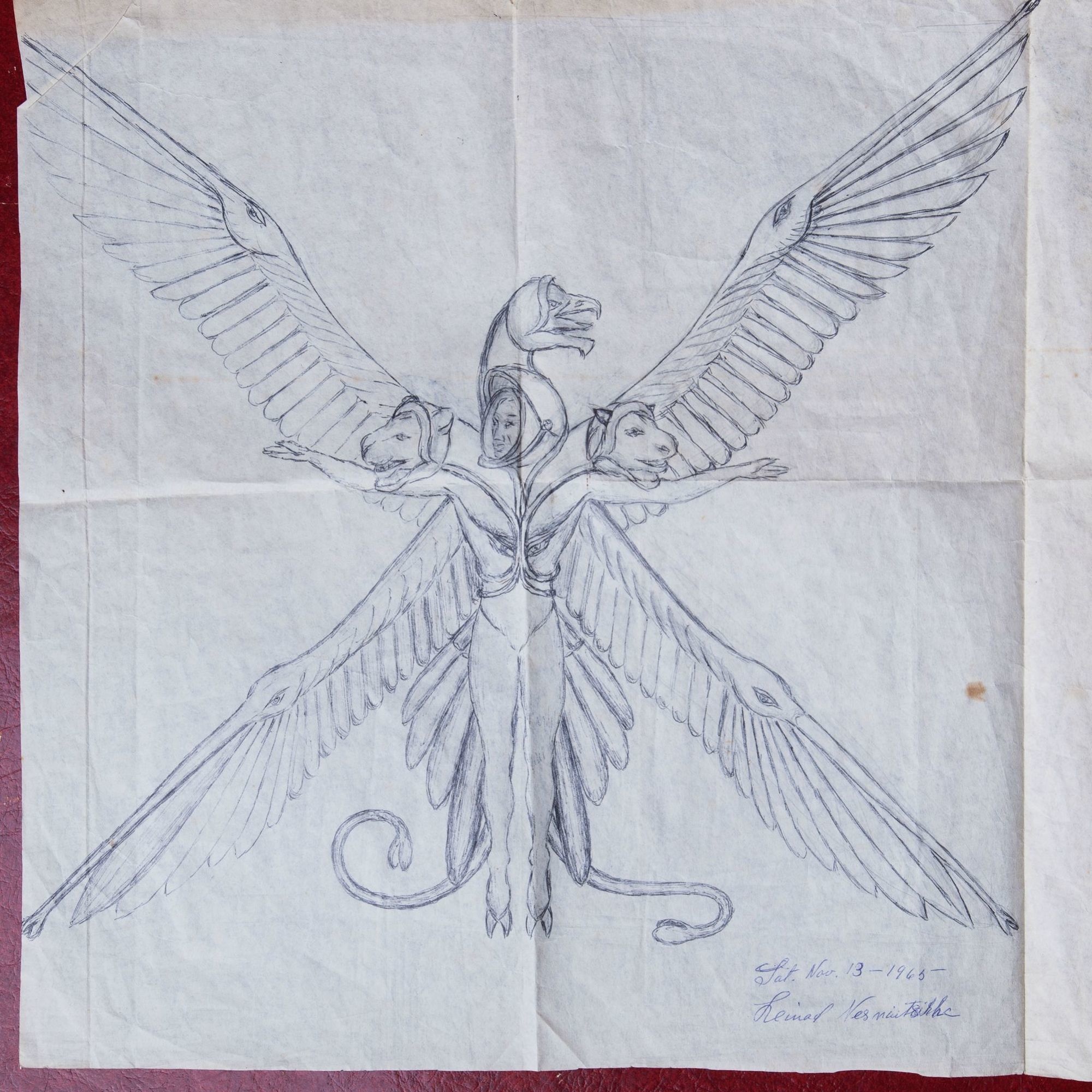 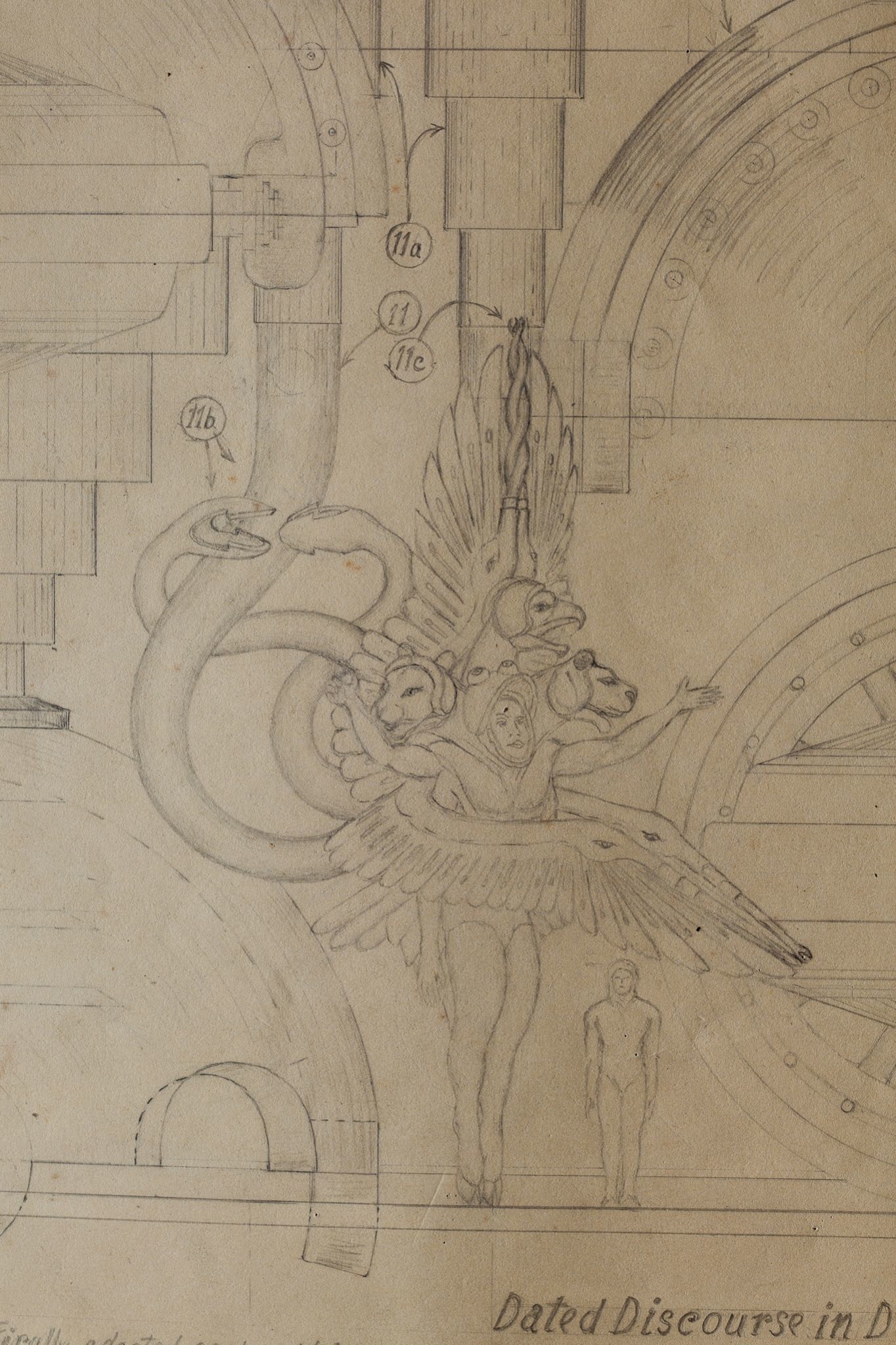 Also included were these series of geometric patterns, not unlike those legendary crop circles created by what some believe are aliens. 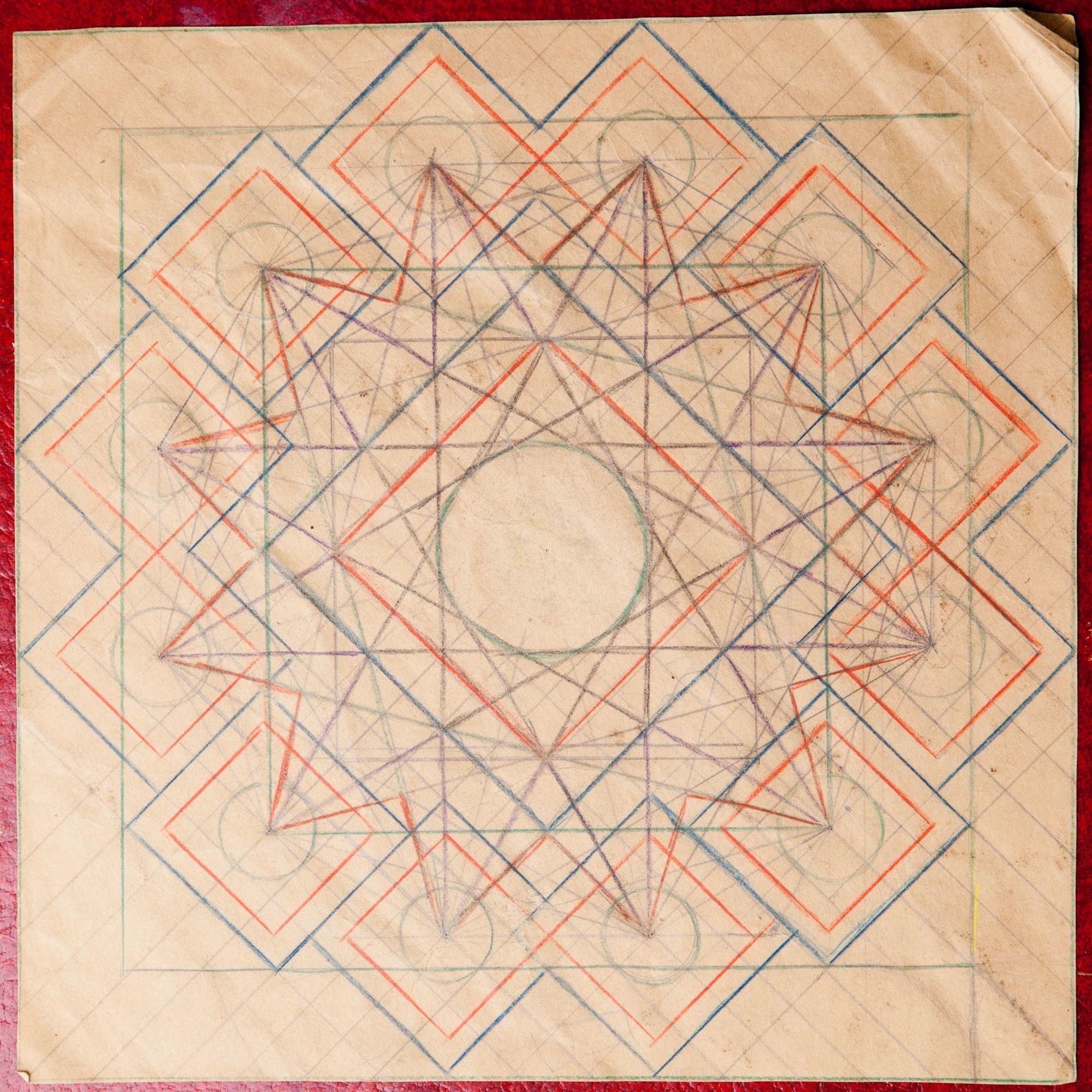 Here, all of his previous illustrations seem to come together to form some kind of inexplicable scene. 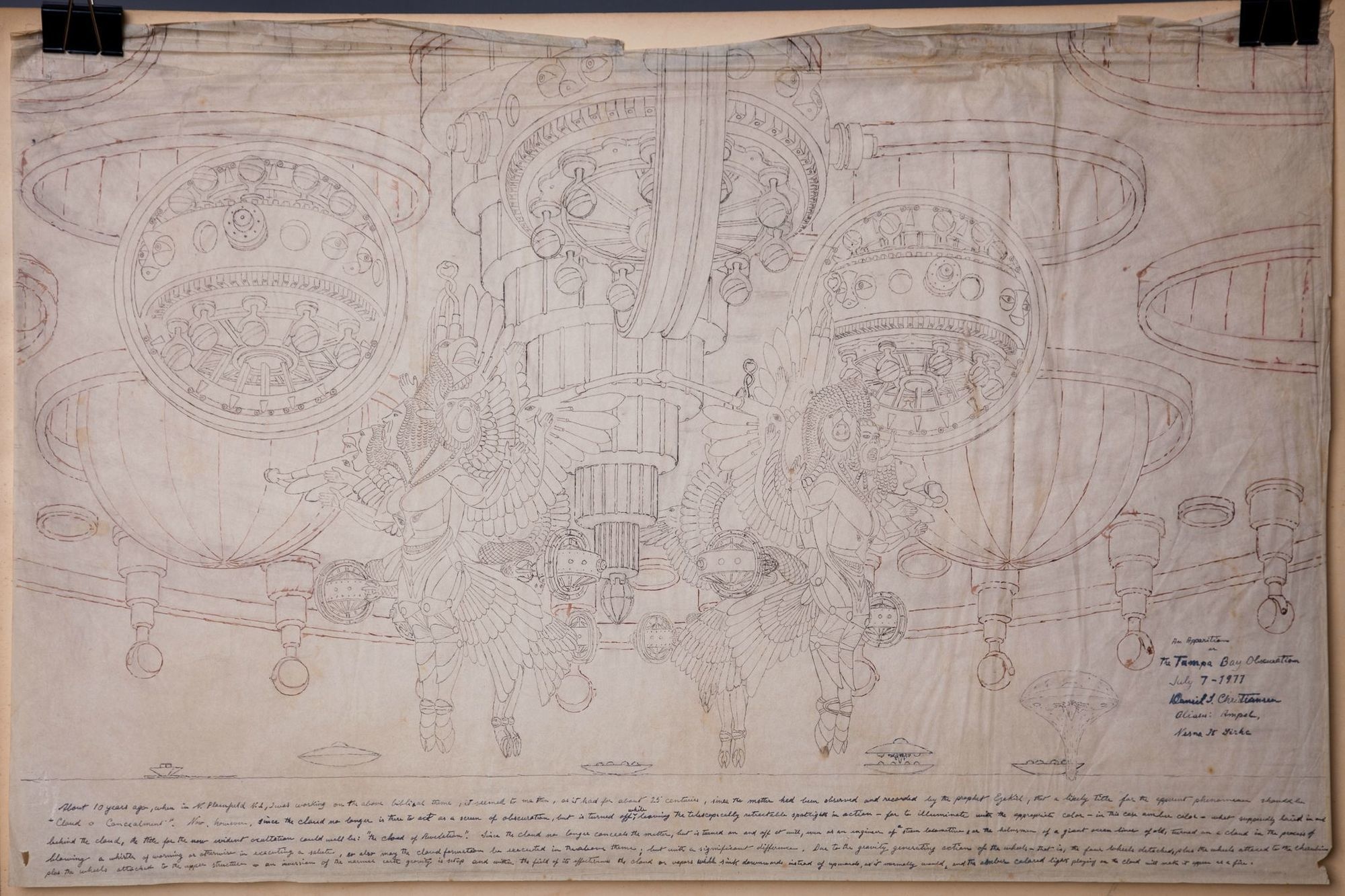 These are some of the close-ups. 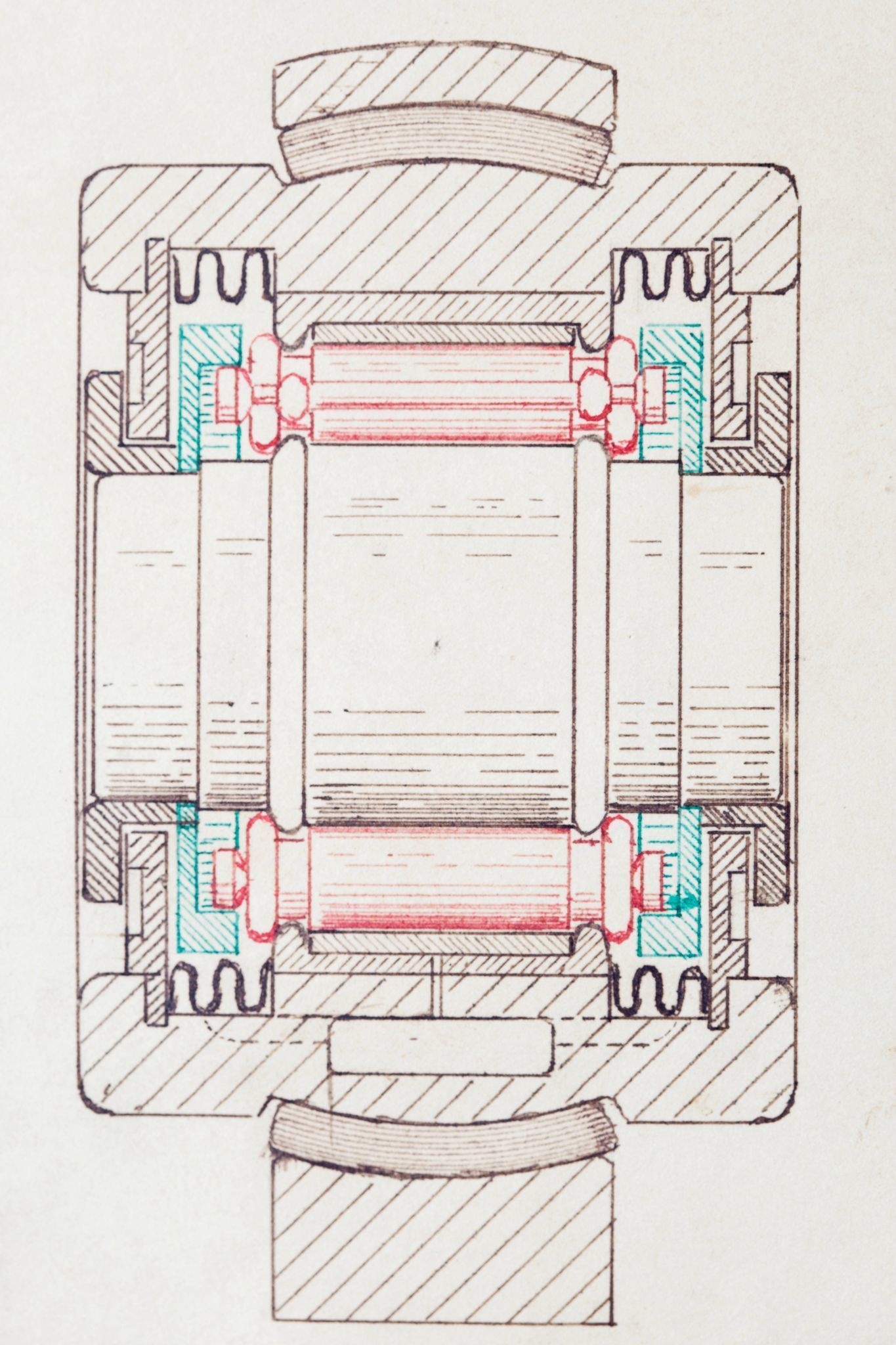 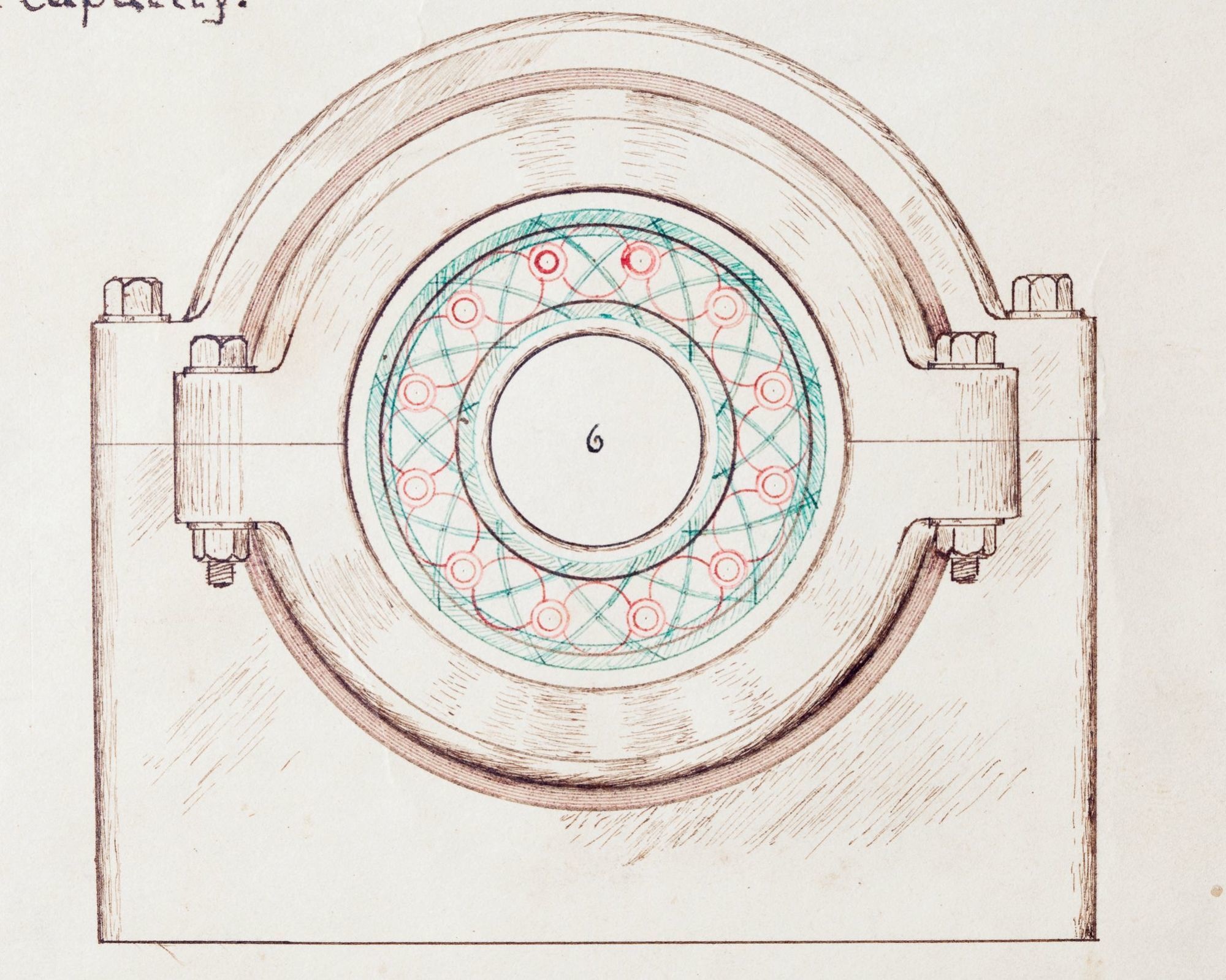 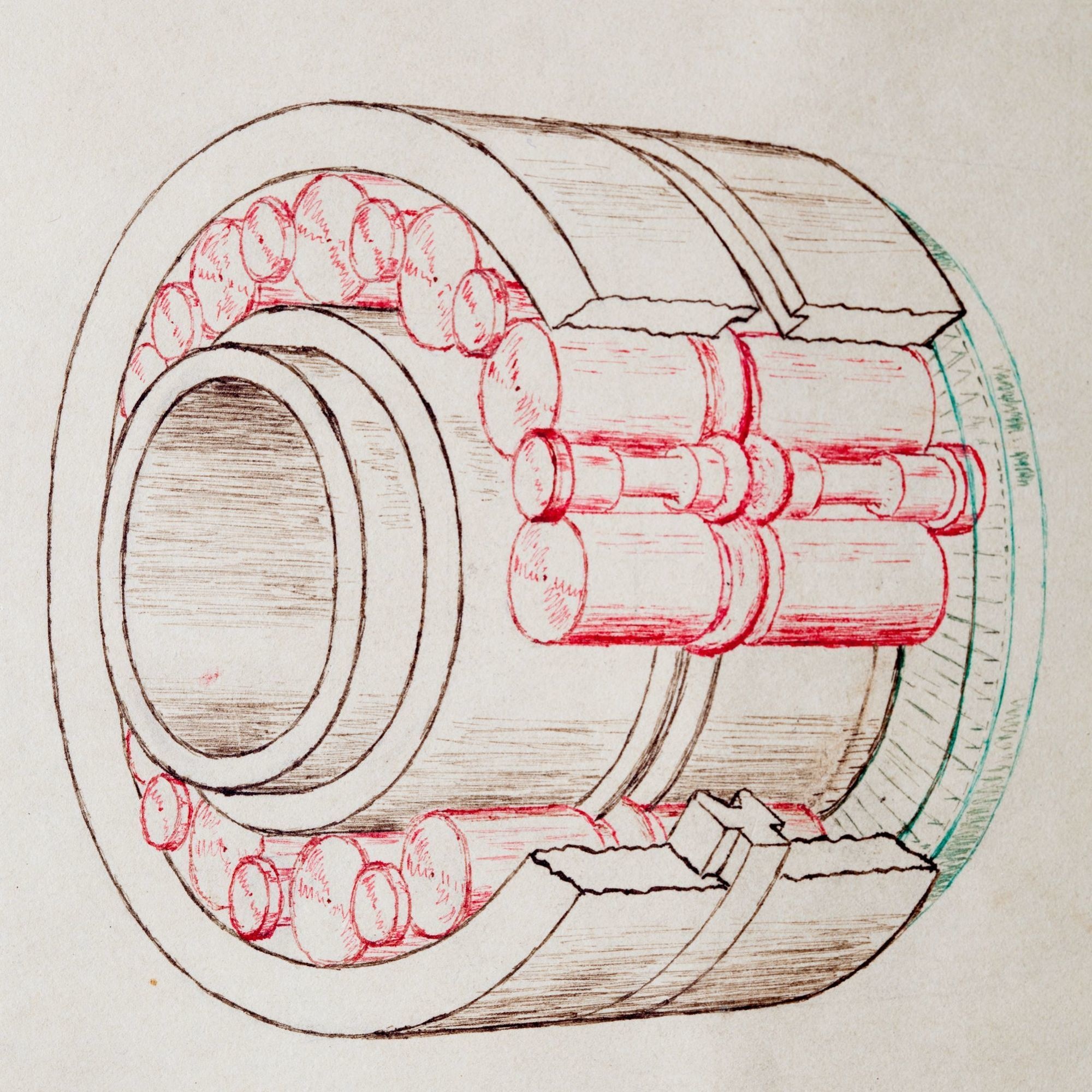 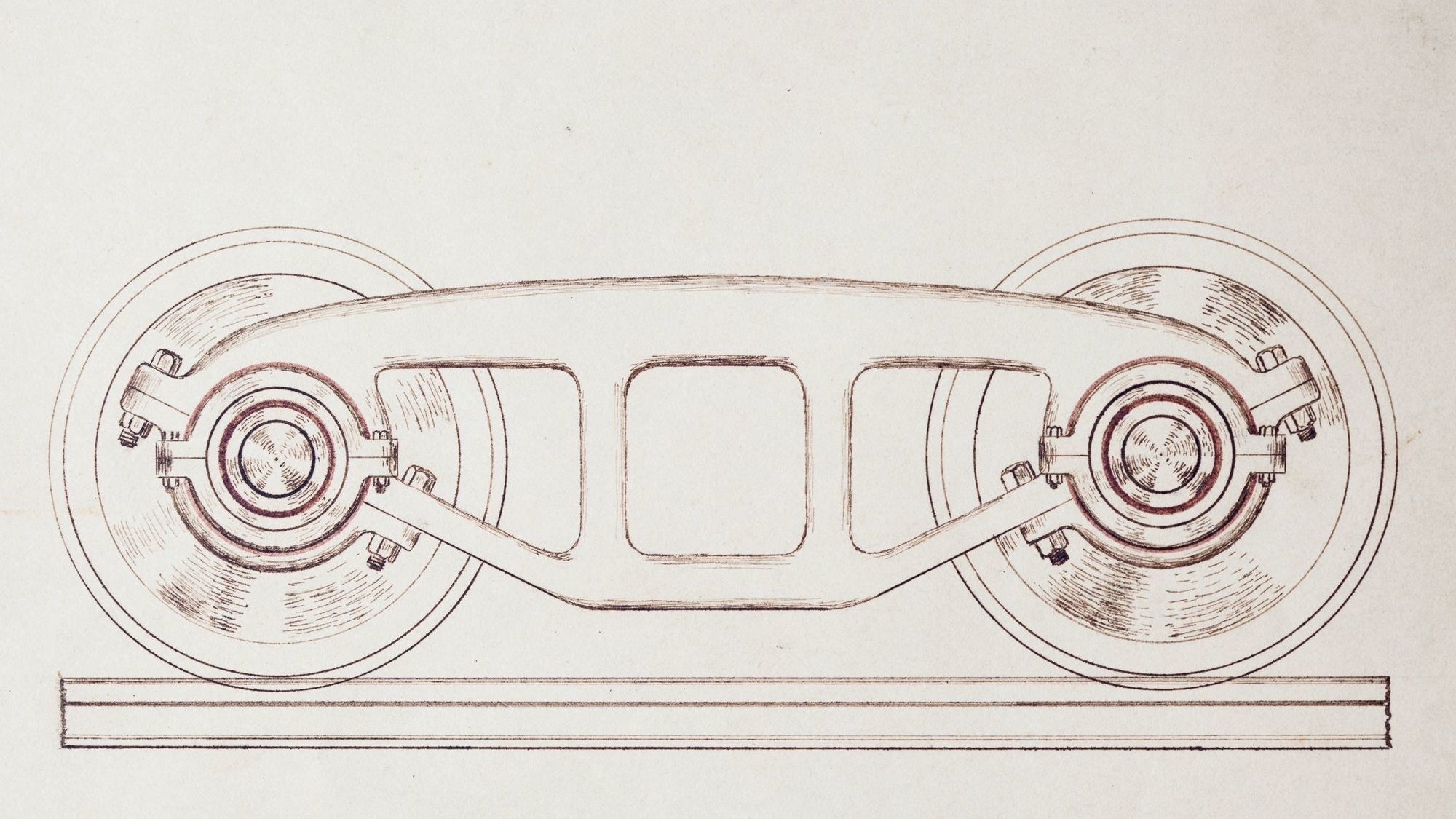 There was no patent information found in relation to these images, and no real explanation. 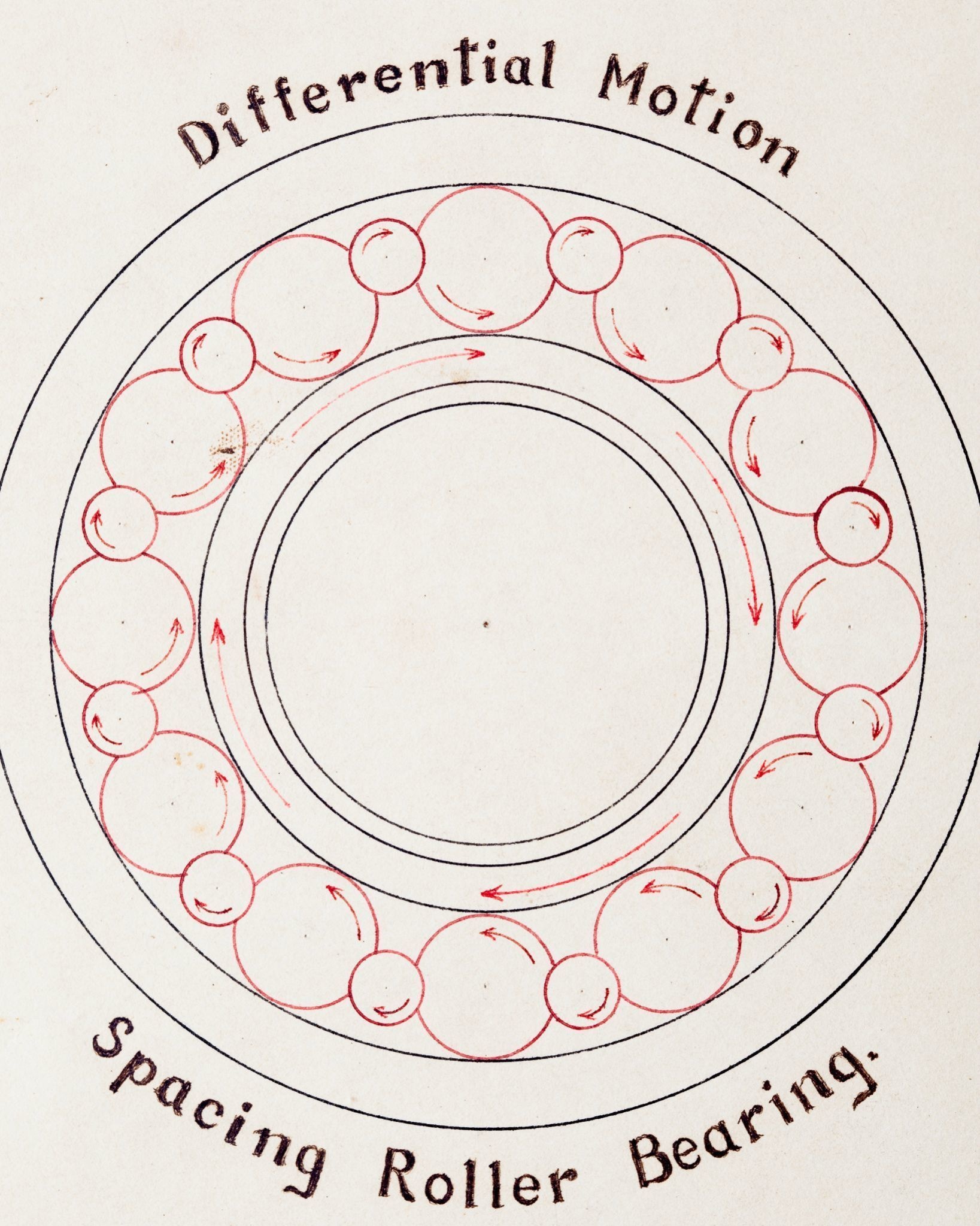 What do you guys thinks? Does anyone here know the mystery behind this, perhaps something more than meets the eye?
Or is it all but an intricate hoax?

Source: www.lifebuzz.com...
Original source from Reddit: www.reddit.com...
edit on 12-1-2016 by icyboy771z because: link to original source

I recall a thread about this not too long ago....Lemme see if I can find it...


Same here. I was looking and now I just saw your post and I'll let you find it LOL.

Well sorry then, i scanned the first page of the aliens and ufo section and didnt see anything related to it. If indeed there was a thread about this mods feel free to remove...

No worries. It happens all the time. If I recall correctly the other thread was in a different forum, not about aliens, so yours should be fine.

Thanks to Phage, I stand corrected. Your thread is fine.

posted on Jan, 13 2016 @ 12:01 AM
link
Found a couple threads on it....One says the box was found in a dumpster, another says "by the trash", this one says "by the roadside"....The fact that the very first detail mentioned isn't consistent is a big red flag, if you ask me. Anyway, here are the threads I found:

originally posted by: Phage
a reply to: AdmireTheDistance
2013? Not too long?
www.abovetopsecret.com...


I must've been thinking of the first one I posted, which was from just over a year ago.

posted on Jan, 13 2016 @ 12:05 AM
link
a reply to: AdmireTheDistance
I went the other direction and posted the older. Reverse image search.
As you say, the varied version of the provenance do not add to credibility.

originally posted by: Phage
a reply to: AdmireTheDistance
2013? Not too long?
www.abovetopsecret.com...


Here is a thread from November of 2014. In this version of the story, the box was found in a dumpster.
I seem to remember a more recent thread, but I am done looking.

originally posted by: AdmireTheDistance
Found a couple threads on it....One says the box was found in a dumpster, another says "by the trash", this one says "by the roadside"....The fact that the very first detail mentioned isn't consistent is a big red flag, if you ask me. Anyway, here are the threads I found:

Well, the sentence can still be logical.
It may have been found in the dumpster (technically where you throw the trash) by the roadside.

Did you read the narrative in the 'tampa bay tornado' illustration? From what I can gather he is presenting an ancient event over modern architecture.

"where the sun of man claims he had an alien visitation twice"
...and
"barring, of course, the pier and the many twentieth century vehicles"

The other sketches are not machines or creatures he saw, just sketches of possible sightings and ancient stories.

It's almost impossible to read his writing in a couple of the sketches so I can't really ascertain anything else from this other than this looks like a guy with an interest in UFO's to which he is documenting his favourite stories.
edit on 13/1/16 by angryhulk because: grammar

posted on Jan, 13 2016 @ 12:41 AM
link
Some very interesting artwork regardless of the true intention of these documents.

The alien pictures are very reminiscent of Sumerian artwork.

There is an upside down pyramid at the end of a pier in Florida that I visited as a kid. The rest of this is awesome and will have to try to read the images.

They also bear heavy resemblance to the biblical "true appearance" of Angels.

posted on Jan, 13 2016 @ 04:10 AM
link
The envelope appears to be for a printer in Odense Denmark the writing appears to mention a lady called Bodil WHO says that it originalens on the Island of Funen in Denmark a reply to: icyboy771z

Someone remembered to take their "medicine", those pictures have psychedelia written all over them.

Not that it matters, still awesome.

posted on Jan, 13 2016 @ 04:36 AM
link
What strikes me as pretty odd ist that the map which includes Europe seems to be just pre WW2 .... Germany with boundaries post WW1, but with Austria annexed.