Here's How Many People Fatally Overdosed On Marijuana Last Year

With marijuana now legal in some form throughout 23 states, the number of Americans who fatally overdosed on the drug last year was significant:

The next bit in the article is a graphic, but we all know what the number is anyways.

The rate of absolutely zero deaths from a marijuana overdose remained steady from last year, according to figures released this month by the Centers for Disease Control. But while Americans aren't dying as a result of marijuana overdoses, the same can't be said for a range of other substances, both legal and illicit.

Drug overdoses are actually up for other drugs. ESPECIALLY alcohol.

Opioid overdose levels rose so sharply in 2014 -- spiking 14 percent from the previous year -- the CDC described the levels as "epidemic."

"More persons died from drug overdoses in the United States in 2014 than during any previous year on record," the CDC reported earlier this month.

Alcohol, an even more accessible substance, is killing Americans at a rate not seen in roughly 35 years, according to a Washington Post analysis of federal data. The more than 30,700 Americans who died from alcohol-induced causes last year doesn't include alcohol-related deaths like drunk driving or accidents; if it did, the death toll would be more than two and a half times higher.

Though is anyone really surprised about this? Only the truly gullible still believe that marijuana is illegal because it is dangerous.

But how many people contracted Reefer Madness?????

posted on Jan, 4 2016 @ 09:34 AM
link
Hurry up and make it legal in the states then we will legalise it in the uk taking away the criminal element from every time I get some.
I know two people who have had their grow stolen because groups of lads are using heat cameras to find a grow and break in.
One lad got his leg broken last week when they stormed his flat.
If it was legal it would not be as pricey and therefore not worth stealing.

posted on Jan, 4 2016 @ 09:38 AM
link
It must be true if "a new generation brings new information" which would mean, the older rich generation want to keep it out because of it's medical value due to the outdated information they obtained, or because they don't want another Woodstock generation.

Either way, doesn't marijuana make men infertile?
I read it kicks the sperm's mechanical "go-up-the-tube-as-fast-as-you-can" causing it to be tired, and ends up dying in your testies.
Damn nature.

posted on Jan, 4 2016 @ 09:38 AM
link
While I'm not a user myself I've read many reports that it can be very beneficial to your health if the plants parts are extracted in the right way, from what I can gather it can be used to cure a range of ailments from a simple headache all the way up to helping with cancer.

I saw a program on TV a few years back that stated that it was originally the pharmaceutical companies that had it made illegal once they and the government realized people could simply grow it at home and cure their ailments without the need to purchase their overpriced drugs and medicines. How true that is I'm not sure but it wouldn't surprise me in the least if it was.


With marijuana now legal in some form throughout 23 states, the number of Americans who fatally overdosed on the drug last year was significant:

This must be stopped immediately. This is a threat to humanity.
This just proves the ill consequences of Mary J

MaryJ is a serious threat to population growth as many won't overdose on it, it has medical benefits, makes people less violent, more lazy and likely to avoid dangerous activities and better drivers.

Hence population growth will be uncontrollable , Even worse it will give the over populated masses the munchies which will consume all our food supply.

This is enemy number 1.

Atleast that will be the final strings that the MSM will push out of desperation to avoid making it legal.

I find it ironic that the number who are dying from the overdose of prescription drugs is so close to the number who are dying from years of drinking alchohol. My mom was a bartender, and well alot of her friends eventually died from liver disease, but well, they had a good time while those many years they were alive I guess. And, well, my mom experienced the loss of enough of them that she quit drinking before her liver was so badly damaged, she didn't die from an alchohol related death. but overdoses, well....that's sudden, and can hit quite early in your life... making them much worse in my opinion.

thus making doctors the most dangerous drug dealers out there. Weed doesn't compare enough to that to even be considered!

posted on Jan, 4 2016 @ 09:42 AM
link
I never heard of overdosing on marijuana. I'm not surprised at the results. Also especially to the other drugs. People are getting more and more depressed in life, that they are turning to drugs to help them feel better. The result of this is often bad. You see it alot in the movies and television shows. Like for instance the Vampire Diaries, I noticed how much they drink alcohol on that show. Every episode has some form of drinking in it, whether that be blood or alcohol. Not to mention other shows that have drugs in it, like Breaking Bad. Even though I enjoy these shows and do not turn to drugs myself, I'm not surprised that more and more youth are taking drugs these days. It has become a cultural thing. Something they are learning to do to fit in, or get through the pains of life. Or even just to party and they see it as a form of entertainment.

Everyone I see is addicted to something. Diet coke, cigarettes, alcohol, chewing tobacco, food, Facebook/the internet... I do think cannabis is something that is less harmful and actually beneficial and useful in many ways, than any of those. 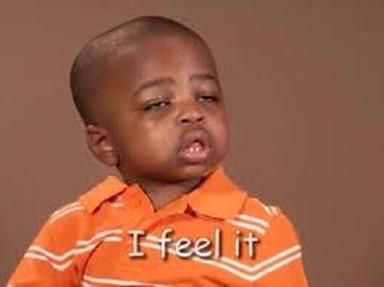 Never heard it makes people infertile care to show us some sources?.

originally posted by: boymonkey74
Never heard it makes people infertile care to show us some sources?.

How many women have you gotten pregnant lately?

originally posted by: luciferslight
It must be true if "a new generation brings new information" which would mean, the older rich generation want to keep it out because of it's medical value due to the outdated information they obtained, or because they don't want another Woodstock generation.

Either way, doesn't marijuana make men infertile?
I read it kicks the sperm's mechanical "go-up-the-tube-as-fast-as-you-can" causing it to be tired, and ends up dying in your testies.
Damn nature.

You are referring to the claim that marijuana kills sperm, but you are expounding on that idea by saying it causes permanent fertility damage as well. That isn't true though. It only kills sperm (well actually reduce sperm count), but you replace your sperm often. If you want your sperm count to go back up, just stop smoking pot. It's that easy.
edit on 4-1-2016 by Krazysh0t because: (no reason given)

I thought Obama would do an executive decision to release them.
He would be more liked if he did.

It's a process. I believe they have to go through an application process and then be vetted to make sure they aren't in jail for any other crimes as well as having been on good behavior in jail.