posted on Dec, 28 2015 @ 09:57 AM
link
I went to Jungle Jim's, one of my favorite places on earth, yesterday and picked up some Red Eye coffee. It has a lot more caffeine than normal coffee does and is guaranteed to get you going in the morning. Now, I prefer my coffee strong enough to chew and this fits the bill. I don't have to use nearly as much to brew a good cup. 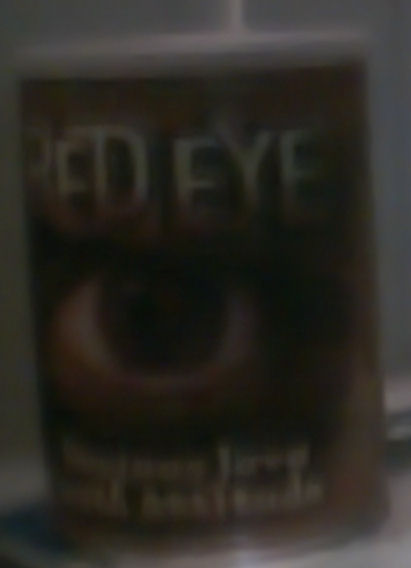 Sorry for the crappy pic; I have a crappy camera.

All I can say is that I'm ecstatic. After going a few days without coffee this has me overjoyed and I'm singing it's praises:

Most places I've been to just dump a shot or two of espresso it and call it a red eye.

If I know I'm in for a long day, I'll go into a coffee shop and tell them to fill up their biggest cup with espresso. It Jacks up your stomach too so you're not hungry for 2 or 3 days also.

You can get a lot of stuff done this way and not event have to stop to eat.

posted on Dec, 28 2015 @ 10:08 AM
link
a reply to: watchitburn
I'm not sure if this has espresso in it or not, as it's the brand name. I was looking for Wake the F**k Up Coffee but was unable to find it. This is just as good and really will keep you going most of the day.

This is why "breakfast blend" tends to be a lighter roast. The roasting denatures the caffeine rendering it ineffective. Or, less effective.

If you want really strong coffee, go with a blond roast. The flavor sucks boogers, but it'll have the biggest kick of caffeine in it. French roast, as you likely guessed, has the least. Even if it tastes like it'll wake up a den of bears, it just lacks the chemical punch needed.

You can get fortified coffee. That is, coffee that has caffeine added. Tastes like the south end of a north bound mule....but it exists.

Arabica, robusta, or a blend?

posted on Dec, 28 2015 @ 01:40 PM
link
I do prefer the taste of a darker roast, but I need the caffeine.
So I put more coffee in the basket of my coffeemaker so it is stronger, but doesn't taste awful.

posted on Dec, 29 2015 @ 06:08 AM
link
Funny thing I saw this thread as I'm going to bake a ham tomorrow and it reminded me of red eye gravy. It a southern dish where you take ham drippings and add coffee to make gravy. My Aunt Ethel, God rest her soul, use to make it. It's an acquired taste and goes well with homemade buttermilk biscuits and eggs.

Oh, does it really works? I also need some very strong that will help me to stand up at the morning.

posted on Jan, 31 2016 @ 06:10 PM
link
a reply to: Talmaran
It's pretty strong. I use half as much as I usually do with another brand like Folgers. Now if I made it regular strength it would have me going all day most likely.