posted on Nov, 29 2015 @ 04:35 PM
link
Fargo season one was fantastic; Billy Bob Thornton, Martin Freeman, Colin Hanks, it was just great. I was excited to hear there would be a season two.

So imagine my surprise when, twenty minutes into episode one, it gets very interesting:
As the characters are driving down a dark deserted country road, the soundtrack plays the UFO-themed song "Children of the Sun", which starts with a flying saucer-type of sound effect. That got my attention. Then, minutes later, the same character is standing in a desolate parking lot transfixed, as an alien ship hovers slowly over the treetops and passes overhead! It bathes him in intense light, and zips off silently down the road, causing electric signs to flicker on and off as it speeds away. A very realistic portrayal of an alien ship sighting.

Two episodes later, another character is at the scene of the previous sighting, this time at seven a.m. He suddenly looks up, and is blinded by the lights of the craft going overhead in broad daylight. It casts a strange grid of blue lights on his head, the character staggers and shimmers slightly, then the ship moves on slowly. The character recovers and watches the alien ship depart. then he reaches into his coat and pulls out a pocketwatch, which now reads ten minutes after nine a.m. He is missing two hours. This may be the first realistic depiction of a UFO witness missing time anywhere on television, and it is handled with all due seriousness.

In a later episode, a wife and mother is looking at a drawing her little daughter did. It shows a child's drawing of their family standing outside their house, and shining above them is not the sun, but a flying saucer. This shocks the mother, and she starts to recover her own repressed memories, hearing the sound of the alien ship in her mind, until her father (Ted Danson) comes in and breaks her concentration. Then he looks at the drawing, and clearly recognizes it as an alien ship.

In the most recent episode, it is revealed that Ted Danson is well aware of the alien presence and has been deciphering alien symbols obsessively and keeping the subject from his abductee daughter and grand-daughter, who do not seem to consciously recall their abduction experiences.

Pretty straight-forward, accurate handling of alien abductions, and it is about time. Especially in such a prestigious, highly-reviewed television show that is garnering critical acclaim. This season has been called "a masterpiece". I have to agree, and I can't wait to see where this goes. Granted, the alien abductions are a sub-plot, but it is a pivotal part of the story. It's kind of Miller's Crossing meets Close Encounters.

Now, for those of you familiar with the work of the Coen Brothers, you know that this is not the first time they have depicted aliens realistically. In their film "The Man who Wasn't There", Billy Bob Thornton is freed from prison by a flying saucer, and a female character talks of an alien abduction she experienced with her husband, played by James Gandolfini. I'd be willing to bet at least one of the Coen brothers had an experience or sighting, because they seem to be very aware of what is actually going on.

This is a step forward in public awareness of alien sightings, encounters and abductions. It is good to see the paradigm shift taking place step by step as more people become informed on the subject. Bravo, Joel and Ethan Coen, and to writer Noah Hawley.
edit on 29-11-2015 by trueskepticnumberone because: (no reason given)

Just watched the first two episodes of season two and am looking forward to seeing what the UFO sighting was all about.

posted on Nov, 29 2015 @ 04:54 PM
link
i am current on all episodes and i must say the ufo angle on the show is the thing i care about the least.it has not dealt with it much and i dont think it needs to. i hope not much comes of it actually and i dont really see how it fits.
it would be better if all of it was about ufo's/aliens or none of it.

that said, season 2 is awesome. after episode 1 i was just kind of meh about it but kept on going cause i am a big ass movie and tv junkie. im glad i did as it steady got better.

dodd is such a kick ass character. he owns every scene he is in.
hanzee is my favorite though.
milligan is awesome.

i love the dialogue of this show.
peggy and her husband meth damon are both spot on.

Here is some of what you were talking about.

With the reveal of the room with all the drawings and symbols, I'm hoping the UFO subplot takes off a little. (half pun intended). Overall, the story, characters and performances this season have been outstanding and compelling. At first, I thought I would miss Billy Bob Thornton but the whole show is so quirky, I was immediately sucked into the new episodes.

Can't say I'm a fan of the blood and gore but since The Walking Dead is another of my favorite programs, that just shows how a good drama and great acting can make you overlook some of the gruesome stuff and violence.

Finally, an ATS thread about the big black triangles in this season of Fargo!!

I agree with you... i would also like to add that this is the first time (im aware of at least) that there has been a big black triangle in a mainstream Tv show/movie.

furthermore, talking of big black triangles also reminds me of the notion of the supposed 'secret space program' (many threads on ATS about this), Joseph Farell has done the most extensive research on this and concluded that the Nazis had a big part in it and still do and their defeat was not complete!

So imagine my surprise when they released a TV show that takes place in an alternate timeline, one where the Nazis and Japanese won the war... (the man in the high castle). Pretty good show too.

Its as if they are slowly trickling down notions and concepts that are essentially what many of the most interesting conspiracy threads on ATS and other sites are made of!

Coincidence? I doubt it... we probably have a few script writers here on ATS that finally made it onto Hollywood and get a few ideas from here.

Trickle down new notions/concepts (in the form of TV fiction) to slowly condition the masses to be able to handle certain truths that need to be revealed in the future!

But yeah......I have to tell ya. It is my favorite show by far (the UFO thing really is not a factor for me - better or worse). But the show itself for me personally has surpassed walking dead and everything else.... it has gained the top spot... best show this year... by far! The acting, the script, the story everything is great about it!

a reply to: TinySickTears
Its not Matt Damon... but i sure do see the resemblance lol

He is the same guy who plays the nazi in breaking bad.

He is the same guy who plays the nazi in breaking bad.

yeah.
thats probably why i called him meth damon
and he was the nazi's nephew

know what i mean

I cant believe i missed that.... lol 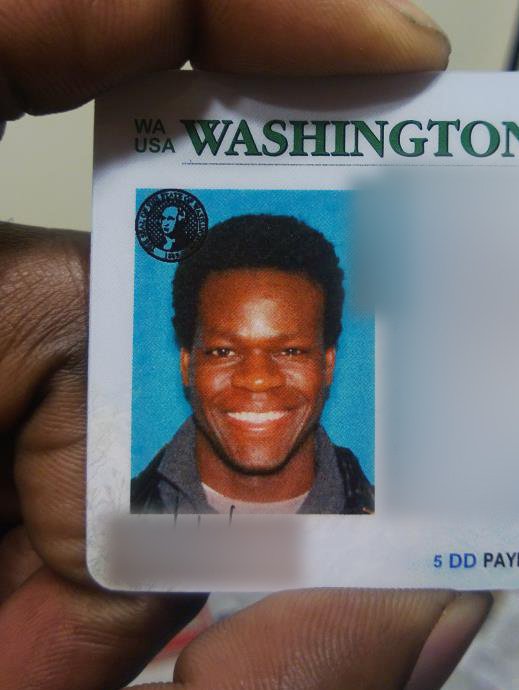 Fantastic summary of the second season.

I'm interested to see where it goes too. Only a handful of episodes left in this one, unfortunately.

I think that aside from producer and created by credits, the Coen Bros don't have much in the show. Looked up writing and directing credits and they're not listed. Unless they're ghost writing, which is entirely possible.

im sure the coens have a little to do with what makes it in.
there are all sorts of little 'tributes' to their films. songs used and such

just last episode 'i just dropped in' was in the show.

posted on Nov, 29 2015 @ 06:02 PM
link
And the photography, the settings throughout are just wonderful. And the music. Man o man not the normal type of music that is all the same but across the board samplings of various styles and genres. And as Tiny Sick Tears pointed out Jeffery Donovan as Dodd just blows up the screen everytime the camera is on him.

yeah he does. way better in this than burn notice

i loved when peggy hit him with the electro stick. he hit the deck and looked stunned for about a second then his face went to straight rage. it was awesome
then she rocked him again

where can I watch it?

In the US it's on FX, Mondays at 10PM. I believe all of this season is available in their FXNOW app, which is free and works on all kinds of devices. You just need to have active TV service to access it. I believe season one is on Netflix or Hulu.

Outside of the US I'm not too sure.

posted on Nov, 29 2015 @ 08:38 PM
link
Yes. I started the attached thread back in October but it didn't catch on. Maybe should have placed in UFO topic instead of television. Great show. Great writing, acting, etc. I thought for a few episodes the UFO angle might be something they weren't going to elabotate on. But SPOILER BELOW............


With the last 2 shows having the young daughter made the drawing of the UFO and the mother recognized it then last episode the sheriff has all the drawn symbols in his house.


So imagine my surprise when they released a TV show that takes place in an alternate timeline, one where the Nazis and Japanese won the war... (the man in the high castle). Pretty good show too.

The Man in The High Castle was a great novel written by Philip K. Dick back in the 1960s, I read it many years ago and loved it, in fact I've read everything PKD wrote. He was an important figure in American literature of the second half of the twentieth century. He's best known for "Do Androids Dream of Electric Sheep?" which became Blade Runner, but he wrote quite often about aliens, and his own personal experiences of alien contact in the book "Valis", part of his alien trilogy along with "The Divine Invasion" and "Radio Free Albemuth". I can't recommend his work highly enough, especially his later works. "Ubik" was a stunning, alarming book. "Flow my Tears, the Policeman Said" was sad and beautiful, and like many of his works, it challenges our agreed-upon perception of reality.

where can I watch it?

originally posted by: TinySickTears
...i love the dialogue of this show.
peggy and her husband meth damon are both spot on.

Yes -- Ed is played by "Meth Damon" from Braeking bad...However, I think he looks more like "Fatt Damon" in this

In the actor's (Jesse Plemons') defense, he was asked by the producers of the show for his character to be a bit on the chunky side. He had gained weight for a role in "Black Mass" and the producers of fargo wanted him to keep the weight on for this show. Kirsten Dunst (Ed's wife Peggy) also gained a little weight for the role.