originally posted by: Phage
a reply to: Misterlondon

That's sort of pathetic.
Maybe if you said "Phage Baffled!" It would have more impact.


Arrogance is not a nice trait my friend...

Why do you think they do that?

I have often been criticized for not "contributing" when I may be "baffled" by a UFO and don't post to say "I don't know."

"Where's Phage?" "This must really be something if Phage isn't here!"


Now I do, and look what happens.


See, the thing is, saying "I don't know" is sort of pointless don't you think? It doesn't really contribute anything, does it? On the other hand, a claim that this is a "massive" UFO is sort of ridiculous, don't you think? When there is no way to determine either the size or mass of the "object."

originally posted by: Phage
a reply to: Misterlondon

That's sort of pathetic.
Maybe if you said "Phage Baffled!" It would have more impact. 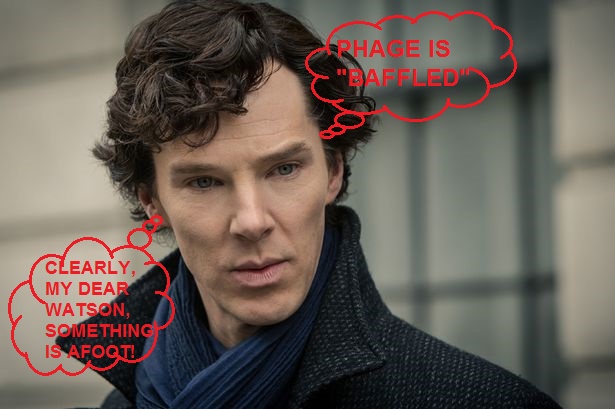 If your a self proclaimed authority on a subject then why would saying 'I don't know' be pointless? It is actually quite helpful because we can rule out the obvious answers, which you normally explain debunking a thread instantly.
Now we know it is something a little more mysterious it adds more credence to the video... that was my original point...

Has the possibility of CGI been removed?

Also the following is not on the same case you reported but could explain a possible scenario. Perhaps instead of the typical drone it was a copter type drone?

"In short," McGee said, "high-intensity/close-range infrared lights interacting with a sensitive infrared camera is the problem — turning an aircraft into a triangular blob — rather than the infrared camera being the solution to revealing invisible triangles or pyramids zooming about our airspace."

He does make a good point in regards to the actual size being calculated.

posted on Nov, 17 2015 @ 08:08 AM
link
Wow, if this is truely non-human, The very use of cloaking tech, would imply that operators of the craft are aware, of human technology, and being seen. Its the watchers.

originally posted by: Glassbender777
Wow, if this is truely non-human, The very use of cloaking tech, would imply that operators of the craft are aware, of human technology, and being seen. Its the watchers.

??? Multiple big jumps you took with that.

1. Are you aware of all the human black tech that the world has, to rule it out as non human?

2. If aware of human tech observing it must only work after being observed? It slowly appeared to the camara stayed then slowy disappeared

We're certain it isn't a lens flair?
It's not a star going supernova, correct?

Why are the stars not moving ?

I'd have to say this is just another fake to add to the millions of fakes, looks like he's just used a static image and some fade in/fade out to the object and added a timer which randomly decides to jump back to 0 whenever it feels like it

i find it interesting that the fade in is a lot more lurching than the fade out. Not that that really necessarily means anything, if fading tech really exists maybe that's how it works?? just a thing i notice that no one has mentioned.

i also find it quite unfair that i spend an exorbitant amount of my time staring at the sky in Melbourne and i missed this. Atrocious regardless of mass.

posted on Nov, 17 2015 @ 08:40 AM
link
I'm not ready to accuse UFO LOU of fakery, and have no clues that point in that direction. But he does tend to freak out over weird-looking images and then defend them dishonestly, as with the Chinese satellite launch fuel dump not long ago that he portrayed as an aircraft-carrier-sized UFO [and still portrays it that way] and deleted all contrary comments from his youtube postings, finally closing comments entirely, rather than accept the overwhelming evidence his claim was unjustified. But watching and recording the skies is a good thing and I applaud his dedication, but his analysis, not so much.


And your evidence is...?
What, exactly?

I'm not saying it isn't faked, but your points... Aren't exactly convincing.

The stars do, in fact, move. Maybe you didn't notice, but they slowly pan. And unless it's my eyes playing tricks on me, they also seem to oscillate in terms of light intensity, though not nearly as strongly as in the credits.

Oh, and the timer corresponds to the object fading in and out of frame. If you're going to try and debunk something, please pay more significant attention to the object of your focus.
edit on 17/11/2015 by Eilasvaleleyn because: Reasons

posted on Nov, 17 2015 @ 09:04 AM
link
The word massive is used colloquially to mean extremely large. It seems this point has been missed.
Nice vid, weird thing.

Im just making an opinionated observation, Yes there could be the use of CGI or some other camera trickery. Could have picked up a plane. No im not aware of all black project tech, So I could not possibly know, why the use of cloaking was invoked on the craft. I'm just looking at the basic, why would a craft use cloaking tech, unless they knew that someone or some kind of tech had picked up its signature.


why would a craft use cloaking tech, unless they knew that someone or some kind of tech had picked up its signature

At this point we can't even say it was a craft let alone cloaking tech.

All I'm saying is , at this point we can only see a UFO and not enough information to jump directly to Alien tech. Although, the explanation I posted in my previous post appears to be more logical than Alien craft theory at this time.