Repent you Sinners, and bow down to ALL that is Holy, er NOT.


originally posted by: ketsuko
a reply to: muse7

I'm laughing at how the Pope just made one of the left's biggest sacred cow issues into a Christian issue with his blessing.

And I'm wondering how the left will ever again be able to argue separation of church and state if they continue to push this issue?


They CAN NEVER argue separation of church and state again.

It doesn't mean what you think it means.

Pretty sure I do.

I am really loving people ignoring what Obama has said.

And he would have had one because you say so?

Can you point out where I opined either way? No? Then please don't put words in my mouth. I would never presume to know what somebody who lived 2000 years ago would do now, particularly one alleged to be the son of God. That seems like the epitome of hubris to me. I saw you admonish somebody earlier with something to the effect of "so you can read my my mind?" and yet you yourself have developed an extraordinary power it seems! It must be a miracle.

And he would have had one because you say so? Global Warming is something that goes beyond what Jesus came to do. It is not in His job description. The Jews expected Him to be a warrior king and overthrow the Romans. He didn't do that. His job was to save people's souls, not clean up their backyards or even free them from tyranny. Heck, Jesus didn't even preach against established social orders of the day, except as it applied to the corruption of the Pharisees and the worship of God.

With Jesus, divide the material world from the spiritual or render unto Caesar. So no, I don't believe He would have spoken against Climate Change. That is a material worldly concern, and as such, it is ours to address. His concern is the spiritual.

Clearly the OT, starting with Genesis indicates that men are the stewards of God's creation. Genesis 1:28-40, 2:15 (The LORD God then took the man and settled him in the garden of Eden, to cultivate and care for it.) etc.

However, we're not talking OT so let's set that aside and address your one dimensional thinking on this subject instead. What you seem to forget is that people inhabit the Earth. If humans are causing global warming and have the power to prevent it, not doing so is the same as consigning perhaps 10s or 100s of millions in the coming years to suffer and perhaps die from starvation, heatstroke, etc. To be displaced, to lose their lands and homes and to become refugees.

Nobody will be impacted more than the least able to help themselves. The poor, the elderly, the infirm. I suppose you don't recall anything of the instructions of Jesus regarding the poor?

"Whoever cares for the poor lends to the LORD, who will pay back the sum in full."
-- Proverbs 19:17

and so on and so forth.

Just as obviously, it is not enough to walk the walk, you also have to have the faith and belief in Christ and achieve salvation. Jesus makes it plain time and time again that no one comes to the Father except through Him. Too many confuse redemption and salvation. Redemption alone is not enough. Unless you are saved, you aren't going anywhere, but the Pope clouds the issue.

The fact that media outlets picked up on the Pope's words and twisted them into, "The Pope says atheists can get into Heaven!" is the Pope's fault? That's curious coming from somebody who claims to believe in personal accountability. The Pope didn't cloud anything, there was absolutely nothing wrong with what he said if you read it in the context it was given. That's you embracing HuffPost spin for a change which is hilarious.

There is an entire sermon. You might have heard of it - Sermon on the Mount - where Christ instructs believers in how to be. Sections of it starting with Matthew 6 talk all about how to walk the walk. And the over riding sentiment in it is humility. The idea that you do what you should without making a big deal out of it, and one would think that photo shoots for magazine covers and spreads would tie into "making a big deal" out of it. Do you really think Jesus would waste time with that nonsense or would He be more likely to say, "Excuse me! I've got a sick kid to visit"?

Yet you support Kim Davis though I bet?

Did it occur to you that perhaps he doesn't like having his picture taken and that he does it out of a sense of obligation or do you think that everyone who has their picture taken is attention whoring? The fact of the matter he is he is the Pope, the head of the Catholic Church and you're condemning him because he was on the cover of a magazine. The fact of the matter is if he didn't allow pictures to be taken, if he didn't allow video to be made, if he just sat in the Vatican and was never seen by any, you'd criticize him for that.

You say his actions are ostentatious, many others say they are not. I think the truth of the matter is that no matter what he did, you'd find fault in it because of your politics.

Given that Jesus taught in the context of prosperous farmers and vineyard owners and others who worked and paid wages to their workers, I think it had much less to do with the commerce of those selling offerings and more to do with the idea that the Temple was supposed to be a house of prayer, not a place of commerce. He was probably also not too cool with the idea of the money changers who would have likely charged a fee for their services.

I agree about the usury aspect completely, in fact that's exactly what I said so I guess you're actually acknowledging my point? Also,I think you're forgetting the context around the cleansing such as the poor widow's contribution and the denunciation of the scribes. 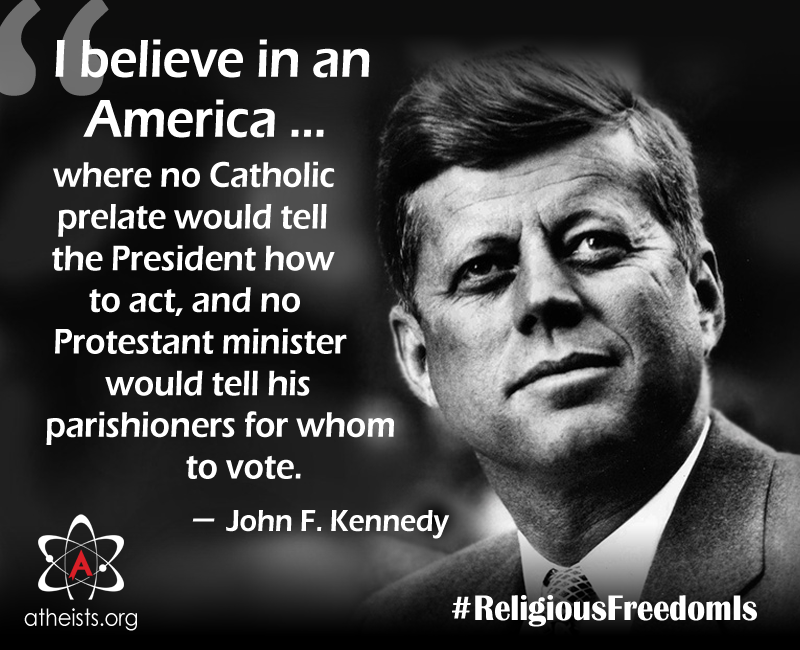 So people does a papal endorsement of Obama's policies tell how people they should vote?

Why yes it does.


Is that supposed to be an argument?

Congress shall make no law respecting an establishment of religion.

That line restricts our government from endorsing religion there is no restriction on religions endorsing government.

Here let me link it for a third time.

Keep ignoring what that guy said.

I already read it and I can only conclude that YOU really do not understand what that means.

The Potus is the topic.

Guess HE doesn't know what it means.

"Holy" includes all other religions.

So if Catholics were really going to follow this tenement, it's actually telling them that they should all get along and respect each other.

In your mind you believe that religious leaders are not allowed to talk about American political issues.


For those that think it is perfectly acceptable for a religious figure to be spouting off about American political issues.


In your mind you believe that religious leaders are not allowed to talk about American political issues.

Hey now, just holding the left to the same standards they set for the right.


In your mind you believe that religious leaders are not allowed to talk about American political issues.

Hey now, just holding the left to the same standards they set for the right.

In your mind you believe that religious leaders are not allowed to talk about American political issues.

Now Obama will get the IRS after the Catholic Churches !!

Now Now as long as churchs start promoting global warming, and open borders they will get to keep it.


He isn't a marxist or a socialist or a communist as that lunatic Michael Savage would have you think. LOL

There is nothing spiritual about materialism.

So that leaves what ?

I prefer the DL instead of the Pope. 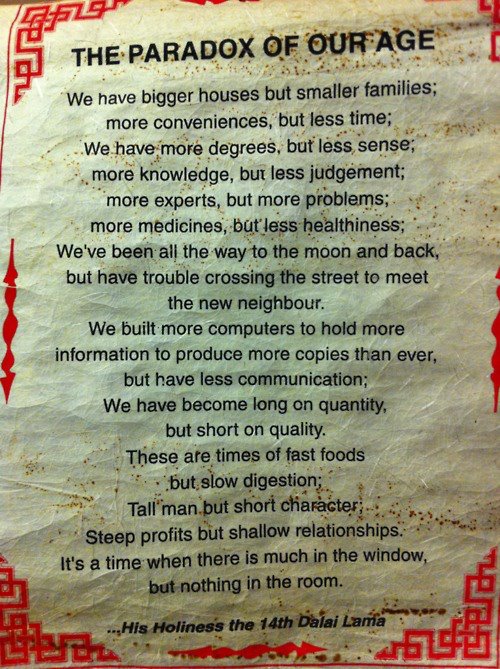 originally posted by: Grimpachi
One issue at a time or we will get into gish gallop territory.

This entire agenda driven embracement of the pope from an administration that has made a habit of ridiculing and mocking deeply religious Catholic and Christians IS gish gallop territory.

Oh my, I just read that The Pope is going to actually speak to Congress.

Not from The Pope, but from the hyperventilating politicians !!

Not from The Pope, but from the hyperventilating politicians !!


Wish there would be some way to get an air sample from that!
Then present it to the EPA as evidence, stop all the conspiracy talk.

And where's the contradiction?

The contradiction is Neo advocating a selective interpretation of the constitution - only people who say what he wants get free speech!


originally posted by: Aloysius the Gaul


originally posted by: neo96
a reply to: Grimpachi


For those that think it is perfectly acceptable for a religious figure to be spouting off about American political issues.

Whatever happened to freedom of speech?

How about all those ultra-religious nutjob GOP candidates??

And THERE'S the hypocrisy!

The conservatives are religious nut jobs because you disagree with them, but the Pope is a wonderful, Godly man and saintly and we should bow to his religious awesomeness because you agree with him.

Only I don't actually believe that at all, and never said it.

Please feel free to ap0logise for your lie, and address the point that the pope gets freedom of speech like everyone else.....religious nutjob or not.