For all my pretension of intellect, I am stumped. Assistance would be welcome.

Why do people feel the need to ask these types of ridiculous questions ? Do they not realize what it does to the person on the receiving end ?? Making the person feel... inadequate or something.

A far better question to ask (out of just mere friendly conversation) would be more like: "So... any potential happy prospects fall into your lap lately ?"

The simple fact of the matter is that you haven't found 'that one' yet. Nothing more, nothing less.

Of course you want someone (and your friend should know this if they know you well enough). It's just the way the stars have played out for you thus far. But stars can and do change, usually when one least expects it.

But by your friend asking you that question in that way, it sounds to me like what she's actually saying is: "You should just settle for the first person that comes along because your life is so damn empty without a love interest, dontchaknow."

And the fact that you refuse to just 'settle for the first thing that comes along' speaks volumes with regards to the integrity of your character. That, my friend, is an asset... not a liability. Never lose sight of that.

It's just unfortunate that some people don't think before they speak.

And thank you to all respondents thus far... that has given me much to ponder whilst I roam the sleepscape. For now though, I must sleep. My eyes feel like they are on stalks at the moment!

posted on Jul, 30 2015 @ 06:24 PM
link
Gosh of course you aren't greedy!
Don't dissect every part of your life luv. If you are happy with so many aspects of your life, there is NOTHING wrong with wanting to explore fulfillment in another way. No rules say you have to stay the same. Life changes every damn day, we worry too much about things we don't have to have a second thought on.
You are human
You are alive
You have the right to fulfill your life anyway you desire. Life is too short to cheat yourself of any experience you want to go into.

I hope someone wonderful comes your way! You deserve it.

originally posted by: donktheclown
My absolute favorite. The Tick. Thanks.

I'm in a very similar situation emotionally but luckily do not feel any overwhelming need to find a mate.

My friend and his wife tried to hook me up with a few girls way back and it didn't take them very long to realize it was a complete waste of time. Just not really receptive to that kind of stuff.

My grandma said one day a girl would come around and make me change my ways. That was over 10 years ago.

I'll leave you with this gem.

Probably won't be on here for awhile. So eF it all.

posted on Jul, 30 2015 @ 09:32 PM
link
If you can be happy and lonely,
greedy and self fulfilled,
Empty and Full
Then...
You don't need relationships or beer, desirable as they may seem.
Both can cause severe uneasiness. The more acquaintances the more impositions and problems.
Duty is the only necessity, and God, however you define those.

Are you seeking an answer or enjoying the conundrum.
Suffering is learning but at a certain point (self degradation) it becomes pointless.
If life worked there would be no problems.
That it doesn't ultimately, points to the problem and seeking an answer is the beginning of a solution.
Self, awareness, all, one...
a reply to: TrueBrit

posted on Jul, 30 2015 @ 11:00 PM
link
True, you are an amazing guy and if I wasn't so old and living in a different Country, I would date you. Ok, I'm old enough to be your Mom, so Mom says, wait it out for someone special and don't settle. And if you start to feel really bad, keep in mind how many divorces there are. It's not always rainbows and flowers. When I feel really bad, I look around me at the people that family members and friends are married to and ask myself, would I want someone like that for a spouse? The answer is usually no way! LOL But yeah, it would be nice to have someone who truly loved me and appreciated me.

People find love at all ages and often when they least expect it. Your time will come. HUGS!!!!!!!!

you would make the best partner ever!!

I thought you said
I wasn't going to see you around for a little bit at least?

be nice for a day or two?
it's all I could ask of you.

posted on Jul, 31 2015 @ 01:05 AM
link
You KNOW you're loved...but, do you FEEL loved? Sounds like a fair and simple question, but if you really think about it it's not that easy to truthfully answer. Dig deep and think hard on it....

There's no such thing as spare beer. Instead, there are beers you enjoy through the enjoyment of others, and of those, there are plenty!

Morning everyone! and a jaeger bomb
edit on 31-7-2015 by TrueBrit because: added beer

hmm I wish I could drink one of those share beers,
like care bears,
but do I care?

I do care about you true brit.

thanks anyway. I could use a jaeger nuke, rather than a jaeger bomb. 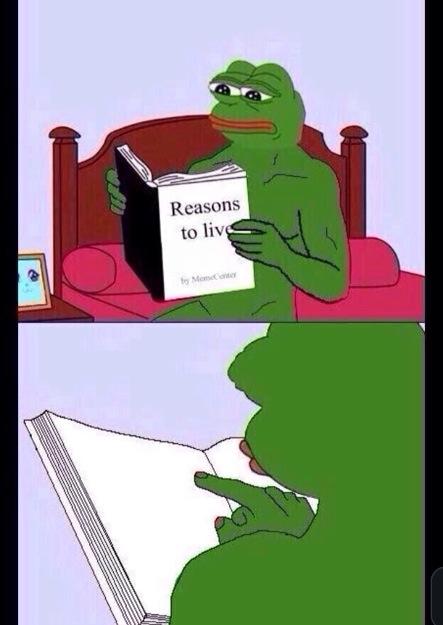 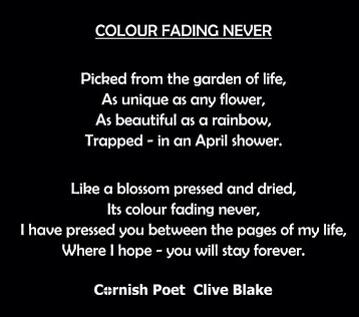 posted on Jul, 31 2015 @ 07:52 AM
link
Hi hun! Don't give up! Just don't settle! My brother-law is in the same boat, and I don't understand why he hasn't been snatched up! He's a witty, well- educated, caring, albeit balding, man who just wants someone to love. Breaks my heart.

A little story - after I had my daughter, my first husband had an affair and left. His excuse was that I wasn't the same woman he married. Well, DUH! I had a baby! Unless you are a celebrity who hires a full staff, there is no way a new mother can live up to the life she had before children. But I degress - after several years of being a single mother, I looked up at the sky and said "Universe, I am done fighting." I envisioned myself falling backwards, arms wide, into a flowing river and letting the water take me where it will. Within a week, I met my husband. It was love at first sight, and I know it sounds corny but it was! He is unlike any man I would have met and pursued. Never ever in a million years would I have thought I'd be where I am now. 16 years and 2 more wonderful kids later, we're still strong. I love that man with all my heart, and he adores me.

Moral of the story is: don't give up hope, but let yourself be open to expanding your world. And let go of the reins. Sometimes the Universe knows what's best.

Because you are looking outwardly, look within. Maybe, the satisfaction you seek will only be found there.

Good morning and a jager bomb? Plus you like cattle decap? You're hired.

Lol @ some of the posts in this thread from other members though ..

I am not actually a fan of jaeger, more of a rum man. However, I respect the fact that people like it, and so suggest it as a cure for what ails! But I do love me some Cattle Decapitation, both because the riffage is dense and gnarly, and because it is one of the many steps which lead to cow meat, finally entering my digestive system!


distrusting or disparaging the motives of others; like or characteristic of a cynic. showing contempt for accepted standards of honesty or morality by one's actions, especially by actions that exploit the scruples of others.

Would you want to be in a relationship with someone that didn't trust your actions or motives to be genuine? Sometimes you have to lighten up a bit and give that person a chance to either wow you or disappoint you. Your not changing who you are by trusting in someone. Your going to get burned. It happens. But if you can't put any trust in other people it's never going to work out for you. Trust is a corner stone of all relationships.