hunting trophies : its not new - so why the sudden manufactured outrage ?

did you only just realise this went on ????

certain popular celebrities are getting over excited by this , this year - connection ????

I didn't know it went on still to be honest and was outraged when I saw the poor lion.
If he didn't break the law and such I doubt it would have gotten much attention.
Im glad it has so we can attempt to conserve the animals and not just shoot them because we can.
It is not fake outrage mine was furious

In my opinion, the outrage is due to the decresing levels of game left to be hunted in sonme areas. But there are game farmers that keep the numbers up.

I think the outrage is because of the new levels hunters will go to to ge what they want.


Showing your ignorance there Mr Ape , my outrage is neither fake nor manufactured , I believe many people hold the opinion that the 21st century is no place for this barbaric 19th century practice.

did you only just realise this went on ????


Of course it goes on but does that make it right or acceptable ?
If it turns out this hunt was illegal that makes them no better than poachers , the individual involved in this latest outrage also has form and a conviction for shooting where he shouldn't and lying to authorities.

certain popular celebrities are getting over excited by this , this year - connection ????


Some people have their own minds and don't give a damn what popular celebrities think , say or do.


It hasn't been ignored at all , this latest episode has brought it to the fore though which is one possitive outcome in this sad tale.

posted on Jul, 30 2015 @ 04:39 AM
link
eh, the thing was the lion was not meant to be hunted at all. it was a mascot of sorts
it's still unclear if the hunter knew about it or not
People assume he's guilty because "rich hunter jerk kills animal he should not have" sells well.
but it's absolutely possible that the workers sacrificed the animal by luring it out on purpose.
It was 50000 dollars and this is zimbabwe we are talking about here.
it has happened before.


People assume he's guilty because "rich hunter jerk kills animal he should not have" sells well.


I assume he's guilty because he's done it before , he and his party also tried to destroy the tag the Lion was wearing and run away from their dirty deed , they didn't forget to take the trophy though.
He should be extradited to face the courts , they will decide his guilt or innocence.... of course it's highly unlikely that will ever happen.

posted on Jul, 30 2015 @ 04:48 AM
link
But what sort of low life gets a kick out of this? True, anyone going to Zimbabwe need to look at themselves. But shooting a lion with a crossbow, wounding it, then hunting a wounded and suffering animal for a couple of days before killing it. Anyone who think this is ok I REALLY DO HOPE YOU SUFFER A SIMILAR OR WORSE FATE.
What sort of an excuse for a human being gets a kick out of hunting down and killing innocent animals for fun, for a trophy ffs! Damn low lifes.

In my movie trailer voice.

"When the hunter becomes the hunted" I would pay to see a lions revenge on him.

posted on Jul, 30 2015 @ 04:57 AM
link
Me saying i hope anyone defending the killing of Cecil suffers a similar or worse fate is against the rules and gets my post deleted? Honestly? you know how out of touch YOU are?
The calibre of this site is seriously dropping.
edit on 30-7-2015 by biggilo because: (no reason given)

I think it is being deliberately raised in the public's awareness. Jolly good thing, too.

Only 4 northern white rhinos left on Earth now. Hunted for their horns, trophy hunted to extinction.

Hunting for food, no problem, when there is plenty of a species. They call trophy hunting a gentleman's sport. I call it selfish, ignorant, savage, destructive, dead head behaviour.

posted on Jul, 30 2015 @ 05:17 AM
link
a reply to: gortex
Yes, i read about some incident involving a bear that took place a few years ago.
And trying to destroy the tag...well once the damage is done, we all try to get rid of evidence, even if it was an honest mistake, that's typical human behaviour.
just for the sake of clarity, i approve of hunting when it's for food. this whole, "kill an animal so i can chop off it's head and admire it" is totally beyond me.
but i want to wait before picking a clear side.

originally posted by: IShotMyLastMuse
a reply to: gortex
Yes, i read about some incident involving a bear that took place a few years ago.
And trying to destroy the tag...well once the damage is done, we all try to get rid of evidence, even if it was an honest mistake, that's typical human behaviour.
just for the sake of clarity, i approve of hunting when it's for food. this whole, "kill an animal so i can chop off it's head and admire it" is totally beyond me.
but i want to wait before picking a clear side. 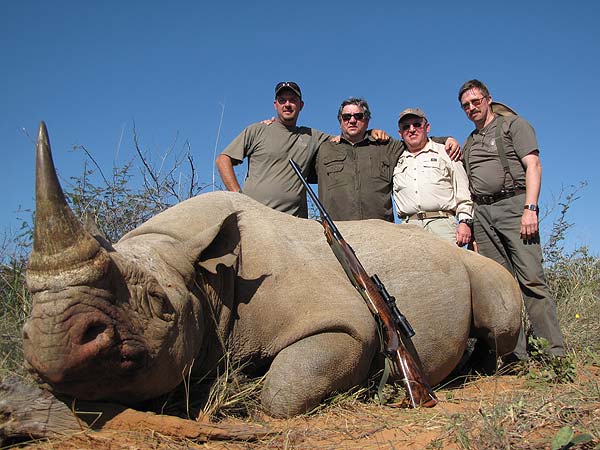 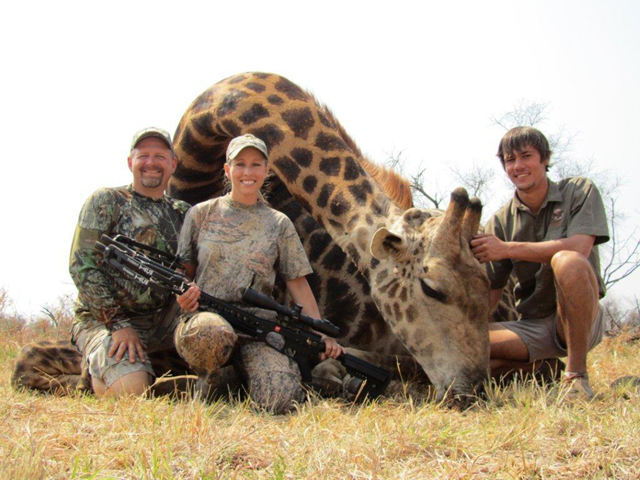 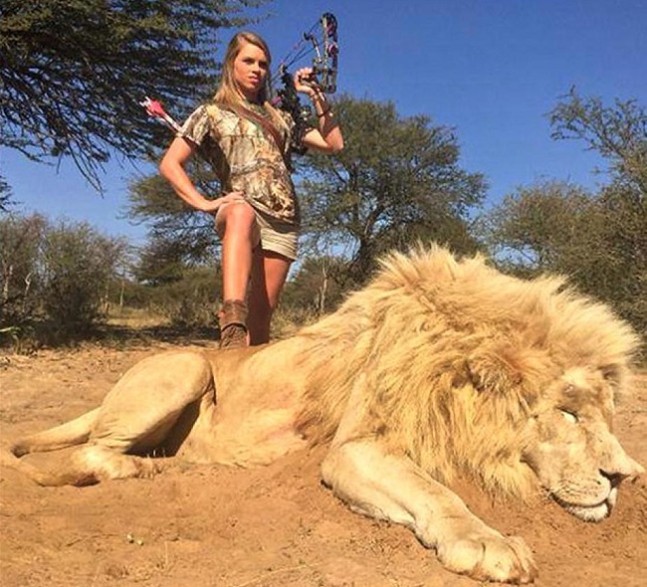 Do an image search on google and see the horrors and how popular it is.

The only thing the world has too much of is people. This kind of hehaviour must be outlawed if we are to keep these beautiful species on the earth. It is not the earth that is shedding these species in a natural way, it is us locusts who are doing it...still... even with all the warning signs, even to extinction.

It is not poor people doing this. It is wealthy people who can afford to pay locals a whole heap of cash. The locals who provide this kind of tourism are not the real locals either. They are no better than mercenaries with guns who have found a more lucrative way of getting easy cash rather than looting villages for War Lords.

Their argument is that it makes the locals more likely to maintain the species and that these animals are a necessary sacrifice. No, no, no. It is just killing everything. It is shocking.

It is black and white. For starters anyone who holidays in Zimbabwe is a low life for supporting that regime. He was there to do nothing but trophy hunt.

posted on Jul, 30 2015 @ 06:11 AM
link
The 'sudden outrage' is because the Confederate flag issue has died down and people needed something else to be angry about.

Its madness to me bordering on psychopathy.
Smiling over a majestic animal.
I have hunted and killed animals for food and wouldn't dream of taking photos of my food.
I wish karma was real.

There is GLOBAL outrage most of the World couldn't care less and haven't been following the 'Confederate flag issue'. You find it hard to get your end around some loser murdering such a majestic creature for fun and people being completely outraged by it?

Now we can name and shame those who do it.

Maybe they will stop killing innocent Animals when they get abuse and people start hunting them.

Wildlife was here before us and deserves to be respected and kept alive, not killed.

Whatever happened to this once great Paradise?