hunting trophies : its not new - so why the sudden manufactured outrage ?

posted on Jul, 30 2015 @ 06:40 AM
link
Humanity is constantly evolving- what we see as wrong and right change over the centuries. We are moving away from the mentality that animals are ours to use, eat, hunt etc. Some humans are at the forefront of our evolving consciousness and some are at the very back, dragging their heels.

originally posted by: ignorant_ape
i am merely amused that this phenonemon has been ignored so long - now its a sudden hot topic for " social justice warriors "

What comes around goes around and the fact this is now becoming a popular topic means that perhaps people will actually do something. You have to accept the human mind and it's lack of priority until enough people en-masse get annoyed enough to act.

Personally, I'd make examples of anyone who shot any animal for fun. Human heads on walls would send a clear message.

Barbaric? Not compared to cowards with guns and egos. The world is FULL of them and it's time to evolve.

originally posted by: pfishy
The 'sudden outrage' is because the Confederate flag issue has died down and people needed something else to be angry about.

This barbaric episode however is an issue and taken alongside the problems with poachers it's a serious issue , those who didn't know this sort of thing was going on do now and have every right to be angry about it , those of us that did know can rest assured that the death of this one animal has brought the nasty little hobby out from under its rock.

This killing will likely change nothing but when people are aware change can slowly happen , perhaps game hunters will in future think twice before taking that shot if only to cover themselves in case of accident.

There are big game hunters out there who never kill anything , they shoot with a camera. 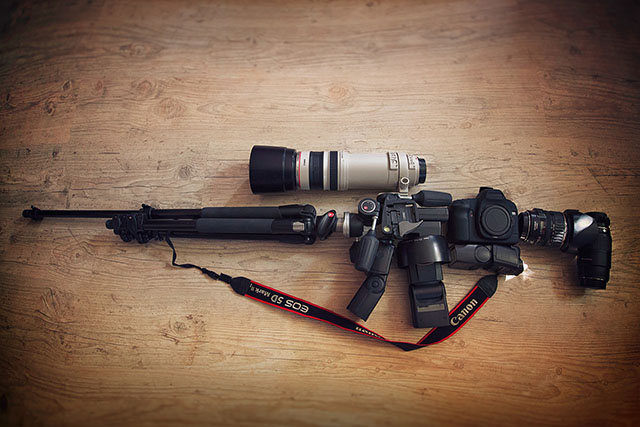 It's fake outrage since you haven't seen it in this website until this year? I am outraged and it isn't fake.

If it isn't food, or causing destruction of livestock or crops, leave it alone.

posted on Jul, 30 2015 @ 07:54 AM
link
speaking for myself only, I have always been outraged at trophy hunting. Yes it has been pointed out to me that sometimes local tribes, or conservations benefit from trophy hunting, but its still gross to me, and I would never do it.

From the preppy beautiful blonde trophy hunter, to the dentist. I dislike it.

I just haven't ever made a thread about it, that's all. When I saw the thread about the Dentist the other day, I decided to put in my 2 cents.

That's all well and good here in America BUT THIS IS AFRICA WE ARE TALKING ABOUT PEOPLE.

For the 200th please watch this documentary and understand how the conservation works, until then your all just an emotional kid crying because Santa doesn't exist..

To the person who said nature works fine without us... What do you think we are? We are natural. We are an animal in nature and what we do is natural. PLASTIC is natural. METAL is natural. Plastic is just concentrated plant resins most of the time. When a monkey uses a rock to break open a coconut is that natural? When a wolf uses its pack to surround and chase down a pack of elk to wear out the young ones so they can eat them.. Is that natural? Strategy and tools are a natural concept.

@ignorant_ape I garauntee that 99% of the people outraged over this either eat meat or use leather or some sort of other animal products. The outrage had been here for a while now. It's just hit ATS recently sadly but I've been out arguing with people on Instagram on Joe rogan and Cameron Hanes picture posts for a while. Their face books are quite popular stalking hangouts for anti hunting fruits too.

I have never been comfortable with it myself so please don't confuse the following for support.

This Man Shot 40,000 Elephants Before He Figured Out That Herds Of Cows Can Save The Planet

Which is worse, the limited unnecessary killing of animals for sport or the organized destruction of entire populations for ideology?


That's all well and good here in America BUT THIS IS AFRICA WE ARE TALKING ABOUT PEOPLE.


No , it's Zimbabwe we're talking about , some countries in Africa like Botswana , Zambia and Kenya have already banned trophy hunting ,they realise there is more money in tourists photographing animals than killing them for fun.

It's yet another moral panic/bandwagon created by the media to get people clicking and watching. To get people fired up to direct their anger to 'the latest evil people'.

All the while the elite are laughing at the sad pathetic sheep.

It's a shame that people can't see when their minds are being manipulated/directed by the media.

Someone must have asked the question, "How easy is it to manufacture outrage?"

It's not sudden for me, nor for many of the subsistence hunters I know.

There are some that maybe are just learning about this practice, however, the majority of adults in the US probably don't like it at all. Killing something big and bad doesn't make a person bigger or badder. In my eyes it makes them pretty weak.

posted on Jul, 30 2015 @ 11:15 AM
link
a reply to: ignorant_ape
Not manufactured and genuinely p! $$ed off.
I don't understand the thinking of it
"oh i'll just go out and slaughter a Lion,it's on my bucketlist"
If he was such a man why not take it on with his barehands?

posted on Jul, 30 2015 @ 12:03 PM
link
I've got nothing against hunting. Lawful hunting. I do find it disgusting that people will spent that kind of money for a head, but whatever. In this instance, however, we have a true douche of a man, who illegally killed a lion that was protected.

He watched as his guide lured it off of the national preserve, where the lion was a tourist attraction, comfortable around humans, and docile. Then he illegally shot the lion with a bow and arrow, not killing the lion, but letting it suffer for hours, waiting for it to die so he didn't have to put another hole in his prize. Finally, he shot the lion after many hours.

During this time, it was fairly obvious to the "hunter" (not really hunting is it?) that this lion was tagged, wearing a collar, etc. Since then, we've found out about at least two other occasions when he has illegally killed an animal.

He's a douche, and I am happy to see that when people act like a douche and the public finds out, the power of social media can rain fire down like the hand of God.

originally posted by: southbeach
a reply to: ignorant_ape
Not manufactured and genuinely p! $$ed off.
I don't understand the thinking of it
"oh i'll just go out and slaughter a Lion,it's on my bucketlist"
If he was such a man why not take it on with his barehands?


It is a strange habit that goes back to the classical period, Diana, Goddess of Hunters. It is what the classical chieftains did to prove their manhood, hunting the wild boar like Adonis did, etc. I guess it got handed down among the gentry and wealthy. My goodness the British gentry were/are terrible for it. Even little Mr Fox gets hunted by Prince Charlie. The old British colonizers behaved abominably in India and Africa that way. Seems like they still do.

This kind of hunting (if you can call it that they way they do it) is an atavism of noble society. There are too many of us on the planet and these environments are too precious to be playing these games. Why can't people be content with watching and studying these creatures, admiring their wild majesty and beauty?

Sure, if a person wants to go hunting then do it for food. Go and shoot something that exists in plentiful numbers. Do it like the Inuit people do with the Whales. I'm well against Whale Hunting (because they are so rare) when it is done on a huge commercial scale, like the way Japanese were doing it. However, the Inuit do it in a sustainable way. It is not like there should be some blanket laws that everyone has to follow all over the world. Why not be local sensitive and assess properly the implications? It matters too much now and people should be outraged and very concerned if we want to preserve these species.
edit on 30-7-2015 by Revolution9 because: (no reason given)

I wonder why this is so hard for you...Is it because you believe that it's faux, that it must be?

Sorry to break it to you...but people can and ARE outraged over this

The outrage was always there as far as I can tell it's just that we have now decimated the planet and there are MANY species who have been here for thousands of years but have declined due to human expansion and globalization. These aren't the dodo birds and other animals that died out simply due to natural selection. These animals in question thrive in their environment as long as we don't interfere.

As someone who hunts I make sure to not hunt endangered species.

I also only hunt for food, never for trophies, and I am as humane as I can be.

To be honest I find your rant to be rather selfish and naive.