When did I ever say it was a fake foot that made the print? All I'm saying is that it looks like someone stepped straight down then straight up again, fake foot or not.

If there are other prints, do they all look like this one? Where there is no apparent stride to the print? If not, why does this one look that way and not the others?

So just out of curiosity, who exactly dated this "artifact" to the Permian? In your ranting reply to Swanne, you go on about the dubious nature of ATS and MSM reporting but you have done no due diligence of your own. You just chose to buy into the BS hook line and sinker like a rube because in your head, it further proves MES to be fraudulent. Would a moment of fact checking kill you? The "paleontologist", Jerry MacDonald, who claims to have made this find... Not a paleontologist. No science background or degree at all. But everything else is dubious and this random claim is the real deal huh? You my friend have jumped the shark higher and cooler than Fonzi. And then there's the sweet bookend in your link too where they do a compare and contrast with the giant South African footprint that is a known hoax. Yeah... It might be a 29 year old footprint but it's not 290 million.


Quick edit to add here that I was incorrect about Jerry MacDonalds background. When he found these footprints he was an amateur college dropout. He went back and received a degree in Geology from New Mexico State. If nothing else, I will admit when I am in error.

The geological time scale is a 200 year old theory that has never been seen in nature, never been tested by science, never been held up to scrutiny because it cant be tested.

I'm sorry. What?
It's constantly tested and revised.

Perhaps you might like to direct your assertions to this panel and then post the whole discussion here?
Please don't let your lack of knowledge be mistaken for proof.

originally posted by: onequestion
When's mainstream science going to admit, "hey we just have no idea but we can manipulate a few things and that's it".


Still waiting for it.


Never, because if they do they can't write anymore thesis's that read like a sci-fi novel and then pass it off as fact.

You say the geological time scale is a hoax (care to elaborate?) but accept this footprint as probably true based on what evidence?

An Alleged Human Footprint on Permian Rock
edit on 7-29-2015 by WakeUpBeer because: (no reason given)

posted on Jul, 29 2015 @ 05:43 PM
link
Well, at least Jerry Macdonald is a recognized Paleontologist, who has worked with the Smithsonian, and is the discoverer of petrified footprints in the area. However...


In July 1992, the Smithsonian Magazine had an article on these tracks called "Petrified Footprints: A Puzzling Parade of Permian Beasts". The magazine acknowledged the mystery, acknowledging "what paleontologists like to call, 'problematica.'" It described what appeared to be large mammal and bird tracks that, "evolved long after the Permian period, yet these tracks are clearly Permian."

While it is commendable that MacDonald and the Smithsonian clearly acknowledge the existence of these tracks in a strata that contradicts the current evolutionary theory, it is noteworthy that they highlight only the mammal and bird prints, and don't mention the human footprint found with them.

Interesting that it was not mentioned in the article, if it is actually there. Also interesting is, no explanation has been offered, if it is a hoax, or an oopart. Nevertheless, what is mentioned there is quite fascinating in and of itself.

If someone used their own foot then they stepped straight down and picked their foot straight up again.

How do you know that wasn't the case. Do you think people back then were not smart enough to play in the mud from time to time? I'm a grown man and I still like to make footprints in the sand. Or is that something people only do in modern times?

It might have been you who made that footprint.

Or another grown man that still likes to make footprints.

Maybe that is the case, but what's more believable? A faker making the print as perfect as possible or some modern human who lived 300 million years ago riding a dinosaur and leaving random footprints in concrete somewhere in New Mexico?

It wasn't mentioned in the article because it is suppose to be Klassified, lol.

Maybe that is the case, but what's more believable? A faker making the print as perfect as possible or some modern human who lived 300 million years ago riding a dinosaur and leaving random footprints in concrete somewhere in New Mexico?

But thats what the bible says, so it must be true.

You must be those crazy people who believe the Earth is older than 6,000 years old.

This footprint is proof that science is wrong, the same science that took us to the moon.

If it's proven to be fake then I'll recant my story. But so far no one can proven that it is fake. Just because it doesn't fit into one's theory does not mean it must be fake, that's being just to closed minded. You know how many times science has claimed something to be solid only to find out that they were way off? Why can't that be the case here?

Could be someone walking on the ball's of their feet , the way one would if creeping up on someone or thing .

Science has never had an issue recanting their theories in favor of theories that are backed by evidence. If a theory is wrong they change it to fit the new evidence, that's what science is all about.

Creationists ignore evidence that contradicts their theories, they do not change them to fit new evidence, that's what creationism is all about. 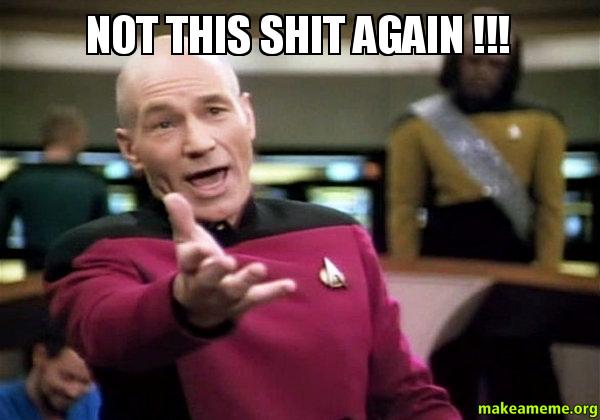 These claims come up all the time and all of them are garbage. They are all either deliberate hoaxes or misinterpretations. Not a single one of them has ever been proven to be anything more than this.

In fact these kinds of tracks are regarded so poorly many creationist sites (such as Answers in Genesis) warn creationists not to bother with them.

With regards to this particular print -

To date Patton has not published any scientific paper on it, nor provided any details even on his own web site regarding the geology and paleontology of the host formation. Nor has he described the the circumstances of its original discovery, or indicated the track's current whereabouts. From Patton's own photos, the print appears to be situated on a loose block of rock. He provides no evidence that it was ever part of a striding sequence, or part of a Permian formation.

A 2006 web site by creationist Jeff A. Benner (since removed) strongly promoted the track, but provided no more details than Patton. Like Patton, Brenner attempted to associate the print with MacDonald's finds, falsely implying that MacDonald found prints similar to the Zapata track. Benner also incorrectly stated, "The Creationist community agree that the print is human in origin and proof that humans existed during the time of the dinosaur." (Benner, 2006). However, to date no major creationist group has endorsed the Zapata print as genuine, let alone considered it proof of human and dinosaur cohabitation. In fact, no confirmed dinosaur or human remains been found in any pre-Quaternary strata, as the major creationist group "Answers in Genesis" seems to agree (Snelling, 1991).


The print has not been proven to be a real human footprint, and the claim it's from 290 million year old strata is also unproven.

What's the motto of this forum again? Deny ignorance? Yet so many of you are willing to embrace it.

footprints have been wrangled for a fair while now , but back in them days they didn't have the angle of cgi or photoshop to strike from

Stone ax found at Birchwood, Wisconsin—exhibited in the collection of the Missouri Historical Society—found with "the pointed end embedded in the soil"—for all I know, may have dropped there—28 inches long, 14 wide, 11 thick—weight 300 pounds.

These footprints are very clear and well-defined: reproduction of them in the Journal—but they assimilate with the System, like sour apples to other systems: so Prof. Marsh, a loyal and unscrupulous systematist, argues:

"The size of these footprints and specially the width between the right and left series, are strong evidence that they were not made by men, as has been so generally supposed."

So these excluders. Stranglers of Minerva. Desperadoes of disregard. Above all, or below all, the anthropologists. I'm inspired with a new insult—someone offends me: I wish to express almost absolute contempt for him—he's a systematistic anthropologist. Simply to read something of this kind is not so impressive as to see for one's self: if anyone will take the trouble to look up these footprints, as pictured in the Journal, he will either agree with Prof. Marsh or feel that to deny them is to indicate a mind as profoundly enslaved by a system as was ever the humble intellect of a medieval monk. The reasoning of this representative phantom of the chosen, or of the spectral appearances who sit in judgment, or condemnation, upon us of the more nearly real:

That there never were giants upon this earth, because gigantic footprints are more gigantic than prints made by men who are not giants.

We think of giants as occasional visitors to this earth. Of course—Stonehenge, for instance. It may be that, as time goes on, we shall have to admit that there are remains of many tremendous habitations of giants upon this earth, and that their appearances here were more than casual—but their bones—or the absence of their bones—

Except—that, no matter how cheerful and unsuspicious my disposition may be, when I go to the American Museum of Natural History, dark cynicisms arise the moment I come to the fossils—or old bones that have been found upon this earth—gigantic things—that have been reconstructed into terrifying but "proper" dinosaurs—but my uncheerfulness—

The dodo did it.


The Book of the Damned- Charles Fort


funbox
edit on 29-7-2015 by funbox because: pancakes re-inflate upon arrival, wolves salivate

Science has never had an issue recanting their theories in favor of theories that are backed by evidence. If a theory is wrong they change it to fit the new evidence, that's what science is all about.

Creationists ignore evidence that contradicts their theories, they do not change them to fit new evidence, that's what creationism is all about.

Why are people always putting words in my mouth? I never said anything about creationists so what does that have to do with anything?

The question is will science change there theory in regards to this find? I doubt it, they will find a way to prove that it is fake somehow I'm sure.


The question is will science change there theory in regards to this find?

You put too much weight on hoaxes.

Why would theories be changed from this "find"?

A few dubious websites claim something and now scientific theories have to be changed?

Of course they will try to prove it's fake, that's what they do with all of their theories. Some pass the test, most don't, like I said, that's what science is all about.
edit on 7/29/2015 by 3NL1GHT3N3D1 because: (no reason given)


The question is will science change there theory in regards to this find?

You put too much weight on hoaxes.

Why would theories be changed from this "find"?

A few dubious websites claim something and now scientific theories have to be changed?