What I Envisioned in My Sleep Shocked Me This Morning

So I am assuming I passed out about 2 am because I tossed and turned for a bit. I woke again about 5 am tossing and turning...used the rest room and back to bed.

During my not so light pleasant sleep...I had a quick vision of Matt Leblanc's face (the guy Joey from friends) followed by headlines he died yesterday.

I woke up about 9 am today with my alarm sounding...my alarm clock is set for 730am my usual wake time.

Out of curiosity, I decided to google this to see if I wasn't going mad...to which sometimes we may get weird thoughts from time to time.

What I saw on the internet both shocked me...but was also relieved at the same time. 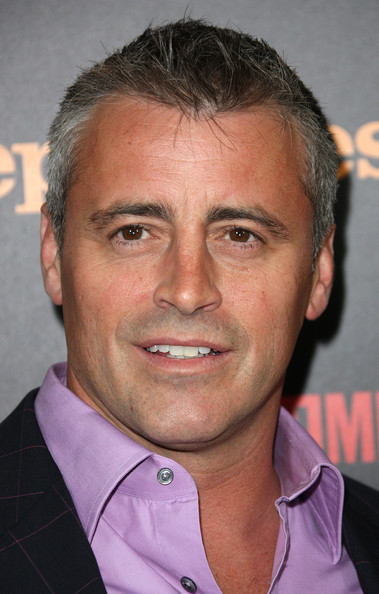 News of actor Matt LeBlanc’s death spread quickly earlier this week causing concern among fans across the world. However the January 2015 report has now been confirmed as a complete hoax and just the latest in a string of fake celebrity death reports. Thankfully, the actor best known for his role on the television series Friends is alive and well.

Rumors of the actor’s alleged demise gained traction on Tuesday after a ‘R.I.P. Matt LeBlanc’ Facebook page attracted nearly one million of ‘likes’. Those who read the ‘About’ page were given a believable account of the American actor’s passing:

“At about 11 a.m. ET on Tuesday (January 27, 2015), our beloved actor Matt LeBlanc passed away. Matt LeBlanc was born on July 25, 1967 in Newton. He will be missed but not forgotten. Please show your sympathy and condolences by commenting on and liking this page.”
....
On Wednesday (January 28) the actor's reps officially confirmed that Matt LeBlanc is not dead. “He joins the long list of celebrities who have been victimized by this hoax. He's still alive and well, stop believing what you see on the Internet,” they said.

Now I am not the type to quickly research something from any dream unless I have an intuitive feeling about what it may actually reveal in real life.

But what shocked me is what I thought about (without even hearing this story before) actually turned out to be TRUE (except for this was a hoax story instead). And the story was updated today!!! WEIRD.

Has anyone researched crazy dreams (like this) and what did you find out?

I also wonder if having restless sleeps may produce a slight "psychic" vision of events. Do you think this is possible?

Edit: Just to let you know I have not thought about this actor for a long time since he starred in "Lost in Space" movie.
edit on 29-1-2015 by Skywatcher2011 because: (no reason given)

posted on Jan, 29 2015 @ 12:38 PM
link
Maybe the only thing to add to this story is that maybe Matt's acting career is dead even though he is physically alive

originally posted by: Skywatcher2011
I also wonder if having restless sleeps may produce a slight "psychic" vision of events. Do you think this is possible?


It is said that the time period just before waking up in the morning is when people are the most psychic. I've found this to be true in my case. That's when you had your dream, right? During that uber-psychic just-before-waking time period.

posted on Jan, 29 2015 @ 12:42 PM
link
I get those dream premonitions a lot. But they're usually about things that happen to me, only a few times could I say they might've portrayed a major world event (but that's stretching it imo).


originally posted by: Skywatcher2011
I also wonder if having restless sleeps may produce a slight "psychic" vision of events. Do you think this is possible?


It is said that the time period just before waking up in the morning is when people are the most psychic. I've found this to be true in my case. That's when you had your dream, right? During that uber-psychic just-before-waking time period.


Yeah, and at the same time during my turbulent sleep my alarm clock was firing away too...I thought I could hear it in the background but kept ignoring it.

posted on Jan, 29 2015 @ 12:43 PM
link
You may have heard about it in the back ground but never registered in you conscious state.
When you fell asleep it came out of your sub conscious.
Maybe not.

originally posted by: nfflhome
You may have heard about it in the back ground but never registered in you conscious state.
When you fell asleep it came out of your sub conscious.
Maybe not.

I don't watch tv....and I am not in tune with the Entertainment world. In my life I wouldn't even know the latest tv shows out there...too busy focused on my line of work and life in general. I also rarely listen to radio as I have my fave songs on ipod to listen to instead of commercials.

I thought about the possibility that I saw it when looking up news.google.ca for something I can post a thread on ATS...but I didn't see anything of that sort during my research.

originally posted by: Yeahkeepwatchingme
I get those dream premonitions a lot. But they're usually about things that happen to me, only a few times could I say they might've portrayed a major world event (but that's stretching it imo).

Are those visions of your past, present or future?

I get visions of me from time to time but they are of the future if I chose a specific path in life to follow.

Future, generally throughout the next day. Sometimes a few days later. I'm not sure they're visions, more like they're incorporated into my dreams but they stand out. Very memorable and emotions often accompany them.

When you get your visions of the future they're after you chose a certain path?

While it is quite possible that you noticed said hoax without being really aware of it, dreaming about forthcoming events is much more common that many people think. There is a classic book about it, Dunne's An Experiment With Time. Look it up.

posted on Jan, 29 2015 @ 12:57 PM
link
a reply to: Yeahkeepwatchingme
Having emotions tied to them is interesting..so those thoughts you have are very personal.

Yeah...usually I try to envision my future for some reason. Whether it is of family, career, health, relationships, wealth, happiness...etc...in my dream if I chose to do something how will it alter or affect different parts of my life. It is very complicated but also seems very calculated. I was really good in statistical calculations in my university studies...so maybe that has something to do with it?

posted on Jan, 29 2015 @ 01:03 PM
link
You must have seen the Death Hoax story online prior to your dream but it didn't register consciously.... then you had a dream about it.

Are you positive you never saw the headlines before drifting off?

If not, well i guess you have some type of Psychic power or pre-cog thoughts. I get these from time to time, In fact I had a whole lot from 2010 - 2013 and they almost stopped. I do get Empathic feelings when someone is about to die, usually a celebrity.famous person but I don't them as make paranoid that its me who's going to have something go wrong. Anyway, last year I put my hand on my heart and said 'please don't give me these feelings anymore' and now I think they have ceased.

originally posted by: TruthxIsxInxThexMist
a reply to: Skywatcher2011

Are you positive you never saw the headlines before drifting off?

My last actions before going to bed....

Got home from running errands all day around 4 pm.
Did some office work till about 5:30 pm.
Ate dinner at 6pm.
Chatted with friends over XBL till about 7:00pm.
Went to the gym 745 pm.
Got home from gym 915 pm.
Went back on XBL till 1230 am (played Destiny with friends)

There was no way I found out about this death hoax at any point in time during the day. It was a random event in my head that occurred in REM sleep this morning.

posted on Jan, 29 2015 @ 08:41 PM
link
I think when you lower your brainwaves to theta frequency you in someway access the minds internet. Everyone's consciousness overlaps, but in normal waking state your brain operates in alpha or delta, which blocks out the collective consciousness. In deep meditation, REM sleep, and early stages of sleep when you are still conscious you are accessing the collective conscious.

posted on Jan, 31 2015 @ 10:31 PM
link
Your neighbor was using wifi early in the morning and they looked at a webpage with this information. The wifi frequencies interacted with your unconscious mind.