Overload To The Max

Thanks. Unfortunately being proud of myself does not take the stress away or make anything easier.

Sigh why did they have to ban human cloning.

LOL! I wouldn't want a clone of myself, one of me is plenty!

You are only one person and can only do so much. Do what you can when you can. I have meds for my anxiety, but I know you don't want that. It does help take the edge off though. Try to read a good book, watch some good movies, do things to try and get your mind off of things. My books are my sanity saver. It's like I can lose myself in other realms and times for a while and not be so weighed down by things.

Going to bed now, but I'll be checking up on you tomorrow. Sweet dreams.

I would recommend getting a Zen Buddhist book from the library it focuses on you and shows you how to quiet all the noise going on in the noggin .

Never give up reading your last post reminded me a lot of my life past and present especially with family and losing someone close but stick in there and hold your head up high and as i said earlier [ snip ] them you will come through this the bigger man .

Drug addict on Monday - alkie on tuesday take your pick on wednsday it will get you out of the house and give you a much needed laugh and brush up the acting skills .

It seems that you are dwelling on all the things other people 'should' be doing and that is adding to your stress.

Accept it - they are not going to help. Shrug them off, and take this burden as yours.

All that energy you are wasting on being hurt, angry or disappointed in other people can be transformed into positive energy that can be focussed on you and your mother.

Easier said than done I know, and it is a steep learning curve BUT here is where you claim your independence.

Something in you is breaking through and just needs buffing up a little bit. Stick with this and you will shine brighter than all the people who are letting you down.

Forget karma for a minute - you don't do things just to get good stuff back. You do good things because they need to be done. You reward will be strength and that is priceless.

posted on Jan, 19 2015 @ 06:02 AM
link
Things have been tough for me for about 6 years, of course my problems go back a lot more. I don't have it near as bad as you seem to, but I've been thinking about selling what ever I have and going west - Texas, Colorado, Arizona, Utah, N. Dakota, anywhere it might be a little better than here in the Great Lakes State.

I had my rant a while a go, I was losing it pretty good, but my rant on ATS helped me, and I hope your rant here helps you as well.

My thought was, if my great grand uncle left Missouri just before the civil war, burned his bridges when he left, moved to the Colorado before it was a state, had to deal with hostile Natives and Mexicans, built a ranch that was a stop on the Santa Fe trail, helped create the local town, got into politics, and even convinced my branch of the family to move west after the war, then I could make it with a one way bus ticket and some cash in our more civilized world.

That part of the family was moving west every generation since James town with a lot less than what I have, that line goes back to the Vikings who colonized Iceland, I should have the genetics to go off and have a fresh start out west too. What I have here is worth fighting for, it is hard, but is it really harder than what I would find starting elsewhere? It' a tough decision and I have about 20 or so years left to my life to make a final stand somewhere, might as well be here, it doesn't seem to matter much in my situation, certainly I have little family left and no support beyond my own means. Be tough and don't let anything come between you and any opportunities you may have, that is my conclusion.

posted on Jan, 19 2015 @ 12:36 PM
link
I just had a flashback of sorts, dredged up memory's from my childhood. I don't know what brought it on or why now after all these years. It made me understand why i did something to someone when i was a kid. Well not understand why but see why it happened.


All my life i feel like i been running away from something and i think i just found it. It must be the stress or something that triggered the memory's.

I'm more confused than ever before. I want to run now more than i ever had in my life.

I think i am going to try to go find someone to talk to. Not that i want to talk about it. I just don't know what to do. I don't know how i should feel.

I have been lying to myself for years and now something triggered this in me and im afraid. 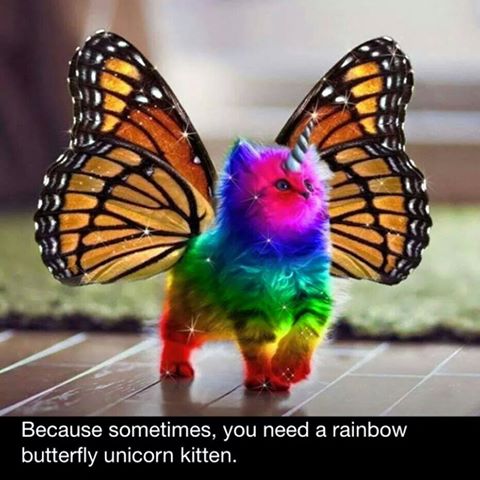 posted on Jan, 19 2015 @ 12:43 PM
link
Lying to yourself about what? You realize that you can run, but you can't hide from yourself or stress. It's everywhere in many forms. Stay and hold your ground like a warrior. Right now it seems that your all your Mom really has to depend on. Her love will be worth all the effort you put in. I think you know all this already.

It is a natural reaction to want to run and get away from it all. I hope you'll be ok. If ever you need to talk, you have your thread here. I'd say you could send me a U2U anytime, but sometimes I get the messages and sometimes I don't. Hang in there Hun!

posted on Jan, 19 2015 @ 01:02 PM
link
Its so personal at this point i don't think i could ever actually talk about it. Its some seriously deep stuff. My little epiphany makes me think i may be suffering a weird type of Stockholm syndrome.

I have had so many emotions and memory's come back all at once. Either i am really loosing my mind or these things did happen to me and i have been running from the truth.

It explains so many experiences through my life.

I think it explains my participation in another thread a few days ago.
edit on 1/19/2015 by shaneslaughta because: (no reason given)


Freudian slip Stockholm syndrome epiphany to the max. Im a train wreck.
edit on 1/19/2015 by shaneslaughta because: (no reason given)

While overwhelming remembering something you have suppressed is a good thing, think of it like poison and now that you have remembered it is draining away. The thing is try not to assign blame or guilt on yourself. Right now you are seeing things through your emotions left over from the past. Let all that subside before you really think about it all.

You are safe now and what ever happened is over.

If you feel you need professional help by all means seek it.

I have however been contemplating keeping a journal of thoughts and feelings. I think it may help me to make sense of things down the road. But now that i am thinking back on another thread, i am afraid that i may instil my problems onto my child.

I do know the mother of my child has went through some similar experiences. Maybe that's why i was attracted to her, a subconscious desire to understand.

I am quite lost inside myself. Now i understand why people call me self absorbed.

Waking up is very scary at first. I think the journal is a good idea, you might try going to the local library and browsing through some non fiction, see what might help.

It is good to exorcise as many of your own demons before raising a child, however, none of us are perfect and try as you will, your child will still grow up with issues.

Intent and love are half the battle.

posted on Jan, 19 2015 @ 05:34 PM
link
I agree that the journal is a good idea. Maybe by getting it down on paper, it will give you a different perspective or insight. In any case, take one day at a time and remember you can only do so much.

If you really want things to start changing for the better, at some point you’re going to have to pause, take inventory and prioritize what’s important to you in your life.

You have no direct control over your siblings or their actions. You can think all you want about what they should or should not be doing, but, at the end of the day they’re going to do what they’re going to do. Dwelling on them is only expending energy that would be more conducive in making your life a better place for you.

It may be hard for you to see at the moment but you have a lot to be grateful for.

You have a loving mom, enjoy each other and the time you have left with her. Some kids have never had the privilege of a loving mother in their lives.

You may struggle to balance her finances but you have finances to balance.

You have a broken arm but you had one to break.

May sound silly looking at things this way. It was suggested to me and helped me look at things differently when I felt my life had imploded. Obviously your mom is very important to you which speaks volume of your character. If you’re ernest about doing some foot work I think you’ll find your assets out weight your liabilities. You can't solve all your problems in a day. Take a deep breath.

posted on Jan, 20 2015 @ 12:44 PM
link
I have to take in all the advice you amazing, wise people have given me. Some unique perspectives have given rise to light from other angles.

Reading all these messages have given me pause, in retrospect i am still breathing and my hearts still beating.

Deepest thanks for all your compassionate points of view.

I hope things are getting better for you Shane. Best of luck in making your life the best it can be for you. You have our sympathy and our encouragement.