Rapidly Warming Oceans Set to Release Heat Into the Atmosphere

page: 1
28
<<   2  3  4 >>
log in
join
share:
lostbook
+8 more
posted on Dec, 31 2014 @ 08:43 PM
link
According to an article in Scientific American, The Ocean is warming; rapidly. Even more rapid than scientists knew before. Apparently, for every 10 joules of energy produced by greenhouse gasses, 9 joules are absorbed into the ocean; thus we have the warming.

What scientists discovered in 2014 is that since the turn of the century, oceans have been absorbing more of global warming’s heat and energy than would normally be expected, helping to slow rates of warming on land. What they will be talking about in 2015, and beyond, is when that trend might come to an end—likely following a routine shift in Pacific Ocean trade winds. Much of that extra sunken heat will eventually be belched back into the atmosphere by the overheating seas. The effects of ocean warming might be imperceptible to most of us, but they are far-reaching. They are driving fishing fleets further out to sea, ushering tropical fish into polar waters, and worsening flood hazards for coastal communities.

The article doesn't give any specific timeframe for when the heat from the Oceans will get to the atmosphere, it only says that eventually, the absorbed heat will be "belched" into the atmosphere. Oh well, it's coming Soon, I suppose. What says ATS?

Looking at the weather here, I feel like the oceans could stop taking all the heat for themselves. We land lubbers are getting cold.

Ricky, you're further north than I am, but I was thinking the same thing. If the lakes were to do that though, we'd have a mess of snow to deal with.

Yeah, that heavy wet stuff that is hard to blow.

Colbomoose
+4 more
posted on Dec, 31 2014 @ 09:01 PM
link
You joke about something that is going to decimate the planet. Read the IPCC report and your smug foolish attitude would change.
a reply to: theMediator

How come it's always "more than they knew" with these type of articles? The only thing that says to me is they really know nothing as fact.

It's a balmy 10 degrees F with a wind chill of minus 12 here in east central Wisconsin. It would be so nice to get some of that heat.

Thanks for the OP.

This reminds me of the boy that cried wolf.

All designed to make someone (Al Gore comes to mind) very very rich.

Well, now they decide to let loose with Ocean Warming.

Do we have to go through the whole gambit again?

The weather on this planet goes through cycles. 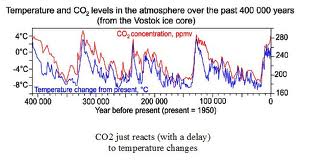 The temperature has been rising for thousands of years.

It is a natural cycle.

We are approaching another ice age.

Happens repeatedly, get over it, live a little.

posted on Dec, 31 2014 @ 09:53 PM
link
Bring it on!!! With gas prices going down I have been doing my part by driving all over gods creation with the wife shopping in a vain attempt to kickstart the economy, in my spare time I burn raw gas in a burn barrel behind the house.

It's so dam cold, my freakin icicles have icicles dripping off them.

It's so dam cold, I'm blowin' ice crystals into my Jameson.

It's so dam cold, the snotcicles froze my mustache, and when I tried to wipe it clean, it broke off!!!

See how it maxes out on that hundreds-of-thousands-of-years chart below 300ppm?
It's now nearly 400ppm.

Simple question: does adding CO2 to an atmosphere make it warmer, ceteris paribus?
"Yes" or "No" will suffice.
edit on 21Wed, 31 Dec 2014 21:57:22 -0600America/ChicagovAmerica/Chicago12 by Greven because: stupid less-than breaking code

originally posted by: Colbomoose
You joke about something that is going to decimate the planet. Read the IPCC report and your smug foolish attitude would change.
a reply to: theMediator


One of the best quotes I've read on ATS. I literally LoLd.

I think Ive been on ATS long enough to sum up the things 99% of it will say, in one form or another, in generally descending order of both... ahem... "ignorance", would be the nice way to put it... and commonality:

1: "Herp derp, it was (something really low) temperature here today, hurr durrrrrr, sure be nice ifn that heat came over my way!"
2: "They dont know what they are talking about. Despite my non-existent credentials against their life-times of knowledge, something tells me they are wrong and I am right!"
3: "Its a hoax! Carbon tax! Koch Brothers!"
4: "Its natural, theres nothing to worry about!"
5: "Its happened before, nothing to worry about!"
6: "Its happening, but by god WE had absolutely nothing to do with it whatsoever! AGW is a hoax! Tax! KOCH!!!"
7: "The world is COOLING, We are actually going into an ice age!" (Ok thats actually the dumbest one, but its not very common)

The remaining 1% of ATS will try to inject some type of intelligence to the reply section, but will be heckled and attacked by a crowd from the above who dont realize just how foolish they actually look to people who understand the predicament we are in even on a rudimentary level.

The situation is dire. No... in fact it is now irreversible, which I dont think "dire" describes very well. "Dire" implies there might be some chance to turn things around, but the momentum of the system is nigh incomprehensible. Humans are looking at something that they are not physiologically very capable of comprehending: exponential functions. Humans are mentally designed to think in linear terms. When a system becomes non-linear, as in exponential, the human mind does not cope well with it on it a fundamental level.

This is why every estimate is being revised upwards constantly. Scientists, though knowledgeable and some, even intelligent, as they may be, are not likely to be any more well equipped to think in exponential terms than an ordinary person would be. Their projections are linear projections, and the system being modeled is in full on exponential mode.

Heat will, and has, come out of the ocean in large quantities very quickly. Typically those years are called "el nino" years. Its when a lot of heat stored in the ocean is dumped back out into the atmosphere. Its why the atmosphere appeared to somewhat plateau in 98... that was an el nino year with a large spike in temperature; but the Earth did not stop warming... the heat simply went into the oceans.

The situation is not reversible at this point though. So many positive feedbacks have been triggered, that its pretty much over. Even with a global concerted effort, with a 100% immediate reduction to all emissions, its still too late because some of those emissions (sulfates) are actually keeping the planet cooler than it should be, and dont last long in the atmosphere (days). Stop emissions, the planet warms past 2C immediately. Keep the emissions going, and the planet is on course for catastrophic warming (upwards of 10C) in just a few decades.

I wont explain why thats bad to anyone who doesnt know. Look it up yourself. Its extremely bad for the ecology of the planet.

All I can say now to people really, is to make peace with death while you still have time. If you are relatively healthy and under... 75, you probably have a good chance of seeing the full blown effects of whats to come. At least the earnest beginnings of them. And when that happens, you will most likely die before your natural expiration date due to either starvation, or violence over resources at some level, local or national.

originally posted by: smurfy
Another big speak about something they don't know might happen.

But it did happen. 2014 is the warmest year on record according to the NOAA.

I was thinking recently - and reminded by your sig - that maybe global warming is the prophesied fire.

How long before this takes effect?


As soon as it is politically expedient.

Does this add to ocean warming or is CO2 emissions a specific kind of heat?

@caticus
How have I only just started seeing you in threads, I've never encountered anyone else who truly understands things so well. I even have trouble reading through online forums such as this one because people truly can never realize that "the future" doesn't exist, & that nonexistent future is literally a few mere years away.


Ive been telling people for years that Yahweh = Satan. You should see the looks I get. I like the previous posters idea

That is, the increased temperatures cause CO2 to increase.