Video of Michael Brown robbing store just before being shot to be released today.

page: 1
48
<<   2  3  4 >>
log in
join
share:
abe froman
+33 more
posted on Aug, 15 2014 @ 09:47 AM
link
This does not justify murder, however this proves Brown was dangerous. The still photos that are already out, with the police report, add in the witness accounts of Brown reaching into the police car and one shot being fired inside the car, it paints a slightly different picture than aspiring college student in the wrong place at the wrong time. It looks more like convenience store robber assaults officer and struggles for his gun shot dead while fleeing.

originally posted by: abe froman
This does not justify murder, however this proves Brown was dangerous. The still photos that are already out, with the police report, add in the witness accounts of Brown reaching into the police car and one shot being fired inside the car, it paints a slightly different picture than aspiring college student in the wrong place at the wrong time. It looks more like convenience store robber assaults officer and struggles for his gun shot dead while fleeing.

In this attack first, internet comment age, everybody plays the victim. I can't wait to see the reaction to this one.
Stills from video, police report from robbery.


Everybody plays the victim? Any reasonable person knows that is absurd.

For Faux News viewers, allow me to be your guide through your own corrupt mind.

The man was a dangerous thug whom has shown contempt of authority in the past . He was as large as a bull --dangerous even while cuffed. A violent animal with no self control. Angry at whites because of BO anti-white policies. He hated whites and hated white America. A probable gang member. Drug use is probably involved. these thugs will play the knockout game if you give them half a second so be vigilant. Your safety is preserved now that this threat was put down.

You can clean up and get out now. Leave the money on the dresser.
edit on 15-8-2014 by InverseLookingGlass because: (no reason given)

Was he wearing the same outfit as the person depicted in the photos (white shirt, Cardinals ball cap and khakis)?

Maybe its my wimpy British Upbringing and weird British Values

But the police should NEVER shoot EVER unless a suspect is armed and a direct threat to the public.

The police are NOT there too be judge jury and executioner.
edit on 15-8-2014 by crazyewok because: (no reason given)

Your right it doesn't justify murder, unloading on unarmed people is wrong. . .

Mistakes were made on both sides and I can't help but feel the police should carry the blunt of it, they are the ones with all the training, etc. There have been so many blunders by the Ferguson Police department, credibility is going to run short and tensions will probably only get fueled by this in the long run, unless more competent minds take over.

I hope seasoned investigators make a release soon before this erupts again. Right now I think the police are trying to set this up in a way to beat a legal judgement in the end.
edit on 8/15/2014 by AnteBellum because: (no reason given)

originally posted by: crazyewok
Still the shooting is only justified if he was armed and had his gun drawn.

In the States it is if the officer's life or a bystander's is threatened.

It would appear the initial confrontation (if the photos are of Brown) was justified but if he indeed had his hands up after being shot it then crossed the line into homicide.

posted on Aug, 15 2014 @ 09:58 AM
link
a reply to: crazyewok
I agree, you don't shoot someone in the back. Cop needs to be charged. The whole PD should probably be terminated.

It doesn't justify murder, but it does make Brown less of a sympathetic character to anyone with two brain cells to rub together. Why did it take so long to release the robbery vid of him? This happened awhile ago. It's like the cops wanted it to blow up, then release the info that might have turned back some of the anger over Brown's death.

Another point to make: Brown was a large "kid" especially compared to the clerk. How big was the cop who shot him?

The vid tells us nothing of what happened a few minutes later when Brown died, but it does tell us that he was willing to use force against another human being in the commission of a crime, and that he wasn't exactly the "gentle giant" all the media was making him out to be. Shocked! (/sarcasm)

posted on Aug, 15 2014 @ 10:00 AM
link
a reply to: AugustusMasonicus
In this graphic video that shows Brown laying dead in the street, yes he is wearing the clothes he robbed the store in.

AugustusMasonicus
+1 more
posted on Aug, 15 2014 @ 10:01 AM
link
a reply to: mekhanics
Brilliant. Getting chased by a man with a machete when you should either be tazing or shooting him.

Another day, another Treyvon Martin. People in the streets going ape over an "innocent" being shot, then the real story is revealed. Now if we take this new evidence into consideration, we're racists. I was thinking it pretty unlikely that this kid was shot in broad daylight for no reason.

posted on Aug, 15 2014 @ 10:03 AM
link
Haven't a clue if this man in the video is actually him. The robbery did not include a gun, it was more like shoplifting and a confrontation. Sounds like they are grasping for straws, are they going to start shooting shoplifters now?

If this is the man, it just shows he is not as nice a guy as they make him out to be. I doubt if he should have been shot though. The part about him putting his arm in the police car, it could have been him giving his license or Id also. I guess this will have to be dealt with in court. It seems like people are protecting the bad actions of one officer. You see what you want to see I guess. 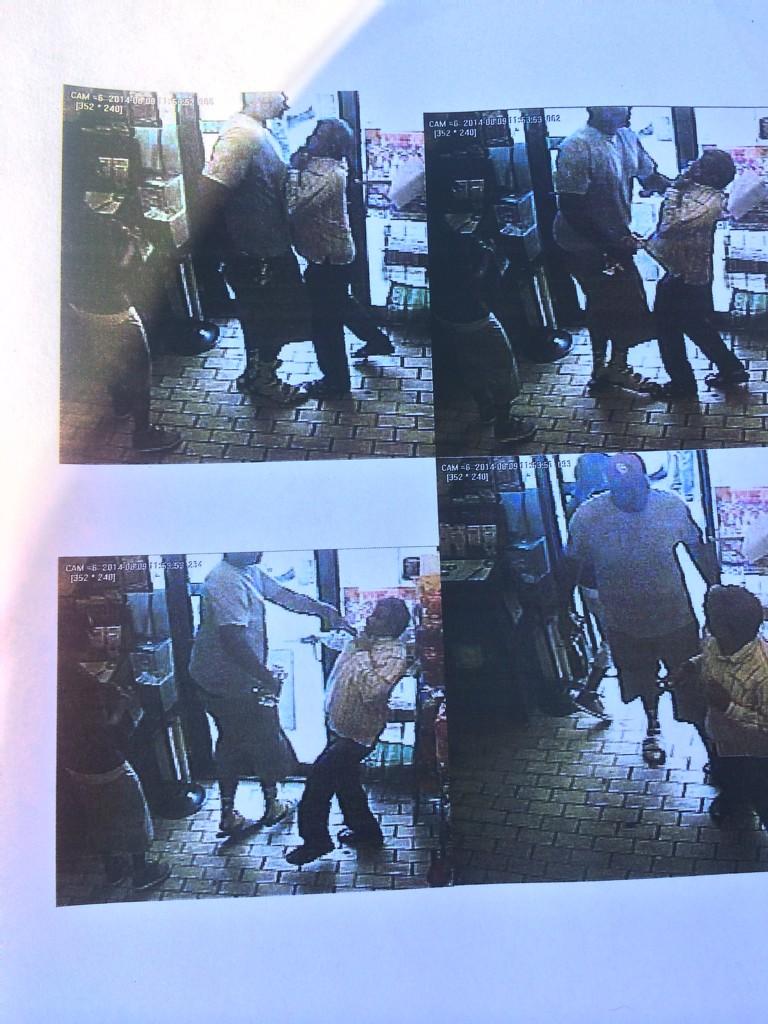 So where are they at? He has a bottle in his hands not a box of cigars.

kosmicjack
+10 more
posted on Aug, 15 2014 @ 10:05 AM
link
Question...if the police account is accurate, why hasn't Brown's friend - Dorion Johnson, who was with him at the convenience store - been arrested as an accessory? Or was he arrested and released? I had heard in an interview with him that he wasn't even questioned? Is that incorrect?
edit on 8/15/2014 by kosmicjack because: (no reason given)

originally posted by: mekhanics
a reply to: abe froman


It may not have been pretty but Id say they did a successfully job without anyone being killed.

US cops :Shoot on sight
UK Police: Throw bins at them.

HawkeyeNation
+12 more
posted on Aug, 15 2014 @ 10:08 AM
link
I'm sorry if this is insensitive but Brown made his own bed. He really did. I feel the cop was justified in shooting him. Yes it is unfortunate that Brown died of this result but the root cause of this was Brown being an idiot. Brown was fleeing but how in the # is the cop to know that he won't go and take someone else's life, steal a car that could have children in them. Then the cop would be crucified that he didn't take appropriate action. The cops now a days are in a lose lose situation. Don't get me wrong their are cases and circumstances where police have been wrong but we can't let that underlie the many success stories and the many good cops I know personally.


the police should carry the blunt of it

I used to think Carte Blanche was Carpe Launch. Fish catapult. I just heard it wrong and didn't pay attention when I read it. Not trying to be an ass, just think you might be doing the same thing. R is far away from L though blunt and brunt is an easy mix up. Now I just feel like an ass.
edit on 1520140820141 by Domo1 because: (no reason given)

originally posted by: crazyewok
US cops :Shoot on sight
UK Police: Throw bins at them.

Frankly, if someone came at me with a machete I would shoot them instead of shoving my garbage can at them.

Do you think they are trying to build a FELONY accessory case against him???
Someone died due to this incident. I'll have to check and see how the law works. . .

(I can look at your avatar with peace finally, lol)
edit on 8/15/2014 by AnteBellum because: (no reason given)