posted on Jul, 14 2014 @ 12:24 PM
link
Sometimes little details are very very important. Sometimes are the little details that make discovering the murderess ... Once again from the bottom of the dried lake Gale emerging evidence that the planet Mars has been developed not only microbial life but also a complex life, like those of shells that probably covered the bottom of the lake. 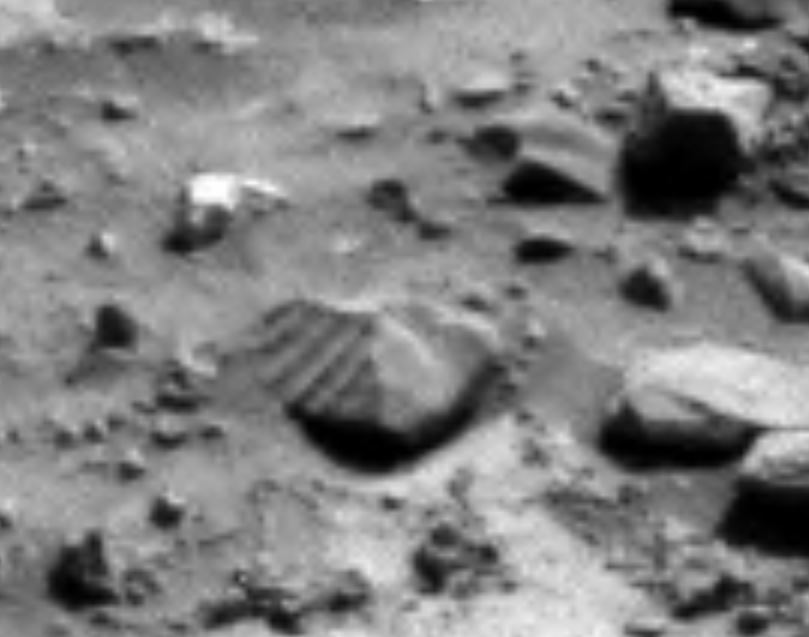 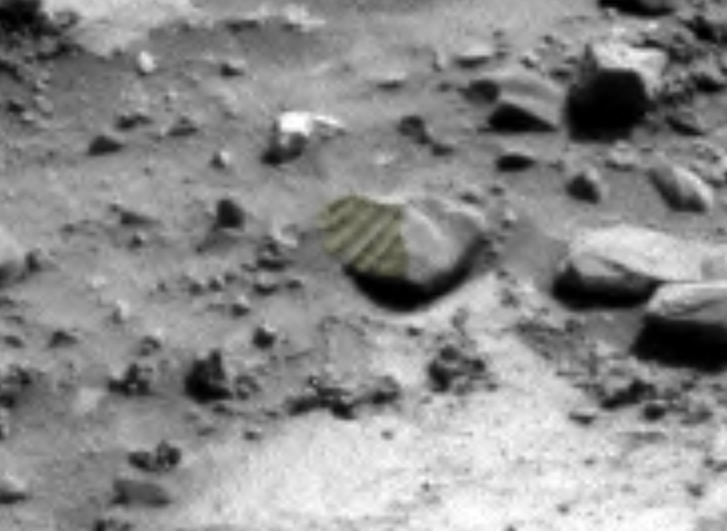 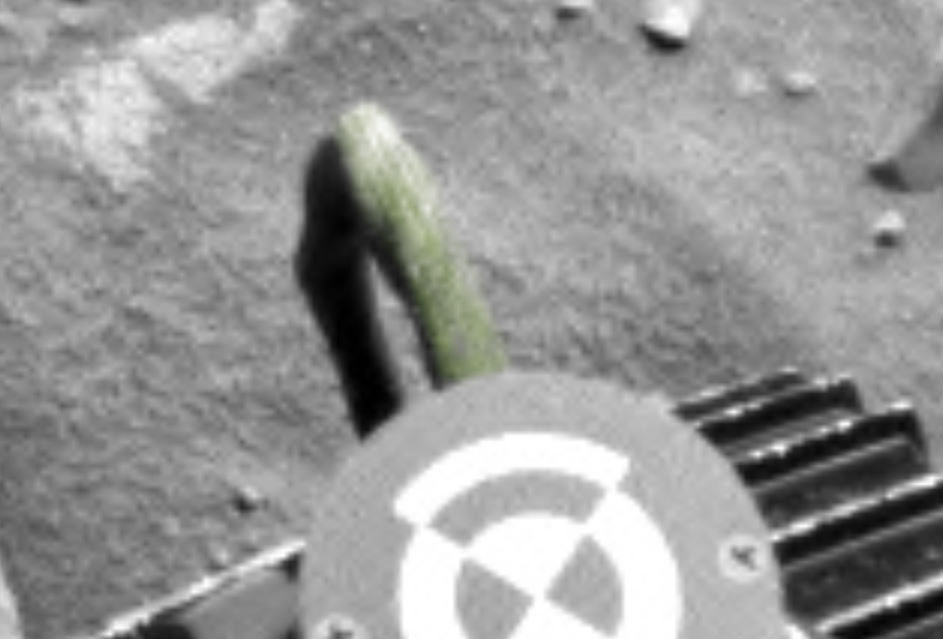 I know. Sometime isolation and loneliness on the islands make strange jokes.

Sometimes a shell is just a shell.

I don't see a shell. I see a rock with what might be ripple marks or possibly the reverse of a pahoehoe like lava flow...

I am curious though, why would you think Mars would have shelled creatures like those on Earth?

Nice find Arken, it would be good to investigate this anomaly further but somehow I don't think NASA will move their rover's butt over there.


I don't see a shell. I see a rock with what might be ripple marks or possibly the reverse of a pahoehoe like lava flow...

Nope, rural Appalachia. But I happen to study geology and had a course in Paleobiology of Marine Invertebrates. I am also an avid fossil collector. If that were going to be a fossil, it looks nothing like a shell. It looks more like a chipped piece of rusophycus.

Do I think it is rusophycus? No. I think it looks more structural than organic.

Now, I again ask out of curiosity, why would you think Mars had shelled organisms that were similar to Earth shelled organisms? Why do you say the other rocks don't show fossils of Mars animals, native to only Mars?

Is it perhaps the same reason I said that rock looks like rusophycus? Because you are familiar with seashells and I am familiar with the trace fossil? Or is there something deeper here? Do you think life on Earth is Martian and had bivalves or brachiopods seeding the Earth?

posted on Jul, 14 2014 @ 01:04 PM
link
(Arken, you could be more curteous to the participants of your thread rathern than resorting to retort and clever comebacks)

I see a broken rock with some rippling / layered effect. There's nothing shell-like about its shape or appearance.

posted on Jul, 14 2014 @ 01:04 PM
link
Although not a shell per se, if this photo was taken on earth, it would be easy to argue that it could be the fossilized imprint of one (i.e. whats left after the actual fossilized shell breaks free of the substrate). At the very least, it is an interesting pattern.

To those not seeing anything shell-like, I think the imprint is quite similar to this type of shell. Just making a case for the shell description.

posted on Jul, 14 2014 @ 01:05 PM
link
Every indication is there's no present life on Mars. The recent chemical analysis of air samples and ground samples leads one to believe Mars is virtually sterile today. But might it have had life at one time? There's a strong possibility. Some research points to liquid water oceans and even more tantalizingly Mars may have allowed for life earlier than Earth. Still no solid proof, but very tasty treats indeed. Look here:
www.theguardian.com - Mars had an oxygen-rich atmosphere four billion years ago...
www.dailymail.co.uk - Life DID begin on Mars - then we all travelled to Earth on a meteorite: Element crucial to the origin of life 'would only have been available on the red planet'...


.........
‘It’s only when molybdenum becomes highly oxidised that it is able to influence how early life formed.

‘This form of molybdenum couldn’t have been available on Earth at the time life first began, because three billion years ago the surface of the Earth had very little oxygen, but Mars did.

‘It’s yet another piece of evidence which makes it more likely life came to Earth on a Martian meteorite, rather than starting on this planet.’
........


Which leads me to ask if there're any microbial "fossils"? This "shell" is probably not one of them, as shells would be more complex. But as others have noted, this is probably neither a shell nor a lifeform of any sort.

THIS is more interesting, although not definitive:
www.nbcnews.com - Tiny Blobs and Tunnels in Meteorite Revive Debate Over Life on Mars...
edit on 14-7-2014 by jonnywhite because: (no reason given)


But how do you know what a Martian shell would look like being fossilized with its own geological conditions that aren't like Earth's?

posted on Jul, 14 2014 @ 01:07 PM
link
Meanwhile an actual NASA press conference on the real search for life in the universe is taking place and being streamed here: www.ustream.tv...


Can I google Martian weather and its life forms millions of years ago too?


I see a broken rock with some rippling / layered effect. There's nothing shell-like about its shape or appearance.

Hmmm... Too much "islanders" on this thread recently....

The entire theme of this thread is based off what we think we know from our experience here on Earth and applying it to Mars.