You know they are showing you selected images, right.

You want nice natural angles? How about these?
upload.wikimedia.org...

show me some that are stacked on top of one another 40 meters high up a mountain that have magnetic properties and i'll think about it... until then i'm going with 'previously undiscovered huge stones making a big wall'


Nah. I showed you "stacked blocks" that high.
You'll go with that no matter what I show you. But that's cool. 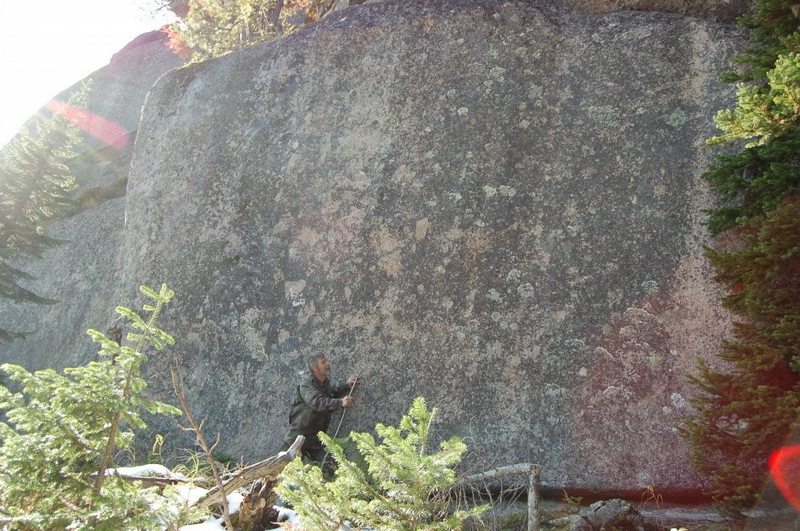 That thing is huge

And a nice pic, looks more natural from further away... 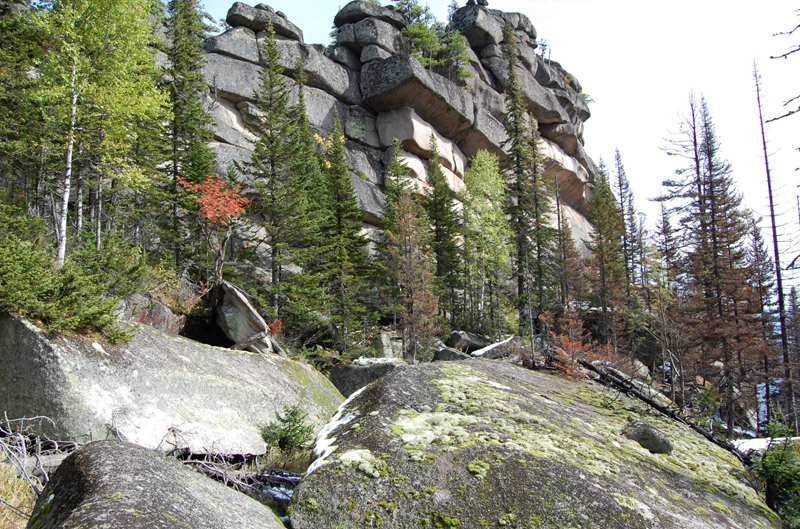 No. It looks like rectilinear fracturing to me. But maybe if someone would buy me a trip I would change my mind.

You know what Phage? I'd pitch in a c-note to sponser you on that.
It's a start.

iron deposits can really screw up your compass
hense the in land burmuda triangle of the great lakes shipwrecks
lol
edit on Wedpm4b20144America/Chicago47 by Danbones because: (no reason given)

Thanks.
I was going to suggest a long shot might provide a different perspective.
Or were those ancients into playing Jenga after cutting those stones?

posted on Apr, 10 2014 @ 12:09 AM
link
reply to post by ladyteeny
star to you my friend well thought out.If you think about all the coal and oil on this planet and how much vegetation it must take to make it this planet must be far older than previousl thought.
signed quekinat

posted on Apr, 10 2014 @ 12:12 AM
link
From observing the many pictures of this place on the net, it appears that some of this stuff has been made by man. A lot of it Could be natural formations though. It is hard to know without seeing it in person. I have seen a lot of pictures of natural and manmade stonework on the net over the years and have seen many pictures in big books in the library also of ancient structures. Maybe some archeologists with open minds should go check out this place to see how much of it was worked. That big long stone looks like it was worked on, maybe they were going to build something like they have in Egypt. That one stone is not as rough as the others though, the granite workings are only maybe less than four thousand years old. Maybe it was buried in a glacier though, no telling how long ago the glacier left that area. That could possibly slow deterioration of the granite. There is even still permafrost in some of those areas up there.

Maybe some archeologists with open minds should go check out this place to see how much of it was worked.

Maybe some geologists should go with them.

That big long stone looks like it was worked on, maybe they were going to build something like they have in Egypt.

That big long stone is the Baalbek stone in Lebanon. It was indeed cut by people. But they couldn't move it after they cut it.

Ha good catch...I just watched the video and after watching it I reluctantly have to agree with ....Phage..

Exactly!
If the above mentioned material is spotted in a Gustafsberg, it's OK, though.

Or were those ancients into playing Jenga after cutting those stones?

Heh, that was my first impression of this photo too - Jenga!

Before that photo, I thought it was natural fracturing too. But I'm not sure how that would create the one large shone that is jutting out near the middle a little ways down from the top. Maybe I just haven't seen enough large fractured stones, but I'm not sure how fracturing would result in one balanced and jutting out like that right in the middle of things. It really does look more like Jenga.

I still think this looks more natural than man-made, but it would be interesting to see it in person. Interesting find, OP!

If you look to the base of the outcrop, there's a rock-strewn debris-field. Although the site in the image does look like a big jenga, it's possible that some of them have toppled down to the ground over the years and left it looking border-line artificial.


Maybe I just haven't seen enough large fractured stones, but I'm not sure how fracturing would result in one balanced and jutting out like that right in the middle of things.


What was under it fell away?


Maybe some fell away, I don't know. I found another picture on Facebook that appears to be of the same wall from another angle: 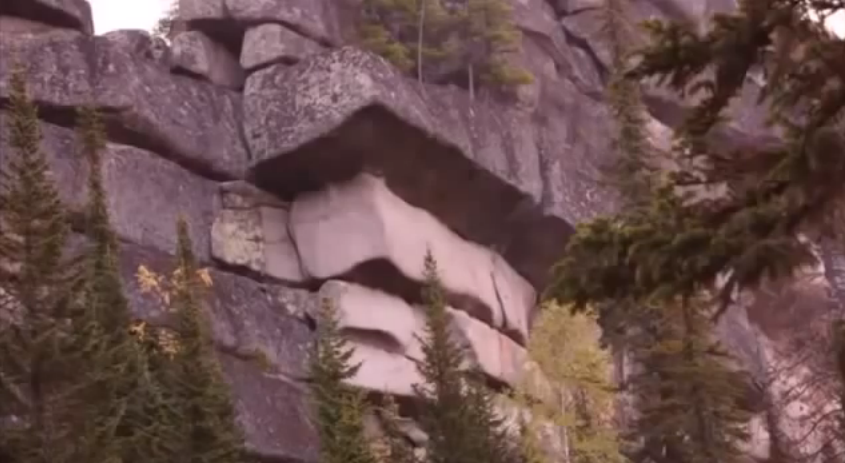 If that's natural, it is at least a very interesting natural formation. What do you think?

The same Facebook page also has an interesting photo of another stack of rocks at the same site: 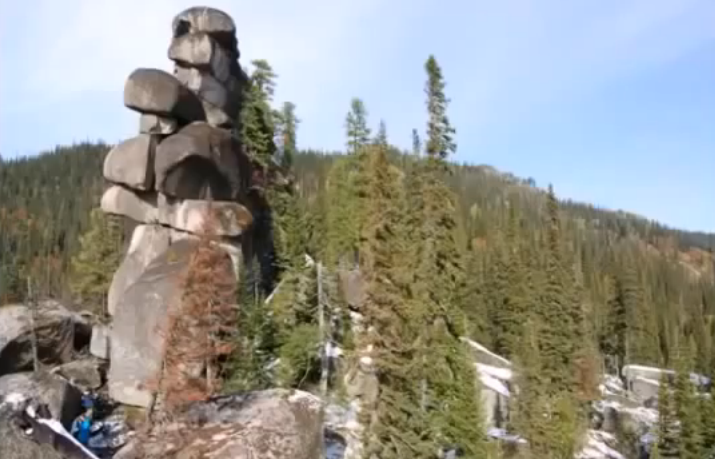 The Jenga players on that one were even more skilled.
edit on 10-4-2014 by ikonoklast because: Corrected a typo.

Phage
That big long stone is the Baalbek stone in Lebanon. It was indeed cut by people. But they couldn't move it after they cut it.

Not quite accurate phage.
Yes it was cut by people, and it must have taken a lot of very hard work, and I dont think they'd have put in all that effort if they were not going to be able to move it!
The truth is, if you look underneath the stone you'll find that it broke, thats why they left it, not because they couldn't move it.