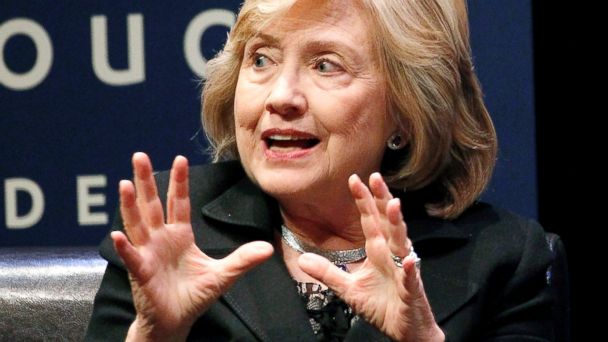 “I’m not making a comparison certainly,” Clinton said today in remarks at UCLA’s College of Letters and Sciences. “But I am recommending that we can perhaps learn from this tactic that has been used before.”

Yesterday, at a fundraiser during a two-day California swing, Clinton first raised the similarities between Hitler’s actions in the 1930′s and Putin’s current occupation of Crimea, a region of Ukraine.

“Now if this sounds familiar, it’s what Hitler did back in the 30s,” she said, according to a report in the Long Beach Press Telegram. “All the Germans that were … the ethnic Germans, the Germans by ancestry who were in places like Czechoslovakia and Romania and other places, Hitler kept saying they’re not being treated right. I must go and protect my people and that’s what’s gotten everybody so nervous.”

The comments were praised by the likes of Republican Sen. John McCain, and Sen. Marco Rubio, who have both pushed President Obama to be tougher on Putin.


I'd pay real money if she'd just shut up.

Making comments like this inmho isn't helping the situation nor does it put the US in any better of light. How about this administration get on the phone and talk it out with Putin and make some kind of deal?


SLAYER you might have to put up a warning about that scary hillary pic.

No mention of USA using Al Queda techniques in Syria, Libya under her watch?

posted on Mar, 5 2014 @ 06:47 PM
link
I am glad we are seeing all these talking heads completely making fools of themselves .Along with MSM they have no credibility and most know it .Kerry today talking saying one thing in one sentence and completely contradicting himself in the neat .What a joke . At least Kerry didn't look like he was under any great pressure from his handlers .He may have actually slept in the past 24 hours .

Wookiep
All I know is Hillary is looking BAD, look at her! Yikes. I'm sorry that's all I have to add, but damn... Carry on.

Hillary? How about John Kerry? 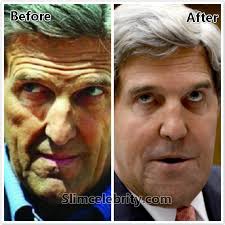 
He looked much better today but I guess we all have our good days ...


I'd pay real money if she'd just shut up.


Let's start a pool. Please deposit your contribution to account: PAC-shut-up-Hillary (no bit coins, thank you)

She really should have stayed away from the Hitler stuff...she certainly endured enough of it herself. But she's not entirely wrong in describing what Hitler did and what Putin is doing. When I listened to the audio of what she said, to me she was making a comparison of tactics to illustrate why this may be making so many people so nervous.

Here's her spin the day after though...and she says she was not making a comparison, per se. So hmmm.


Overall, I think she agrees about the negotiations.

"Nobody wants to up the rhetoric...everyone wants to cool it in order to try to find a diplomatic solution, and that's what we should be trying to do."

posted on Mar, 5 2014 @ 06:57 PM
link
Her only mistake in my opinion is making a comparison, and then contradict herself by specifically saying she didn't make one.


Yeah. That was my exact impression too. If you say something say it with conviction and stick to it.

posted on Mar, 5 2014 @ 07:03 PM
link
What country and their leader isn't accused of acting like Hitler nowadays? The only person I haven't seen be accused of being Hitler is the latest Pope.

buster2010
What country and their leader isn't accused of acting like Hitler nowadays? The only person I haven't seen be accused of being Hitler is the latest Pope.

Now Putin seems to have adopted a similar strategy with a bit of a twist.

History... read it or repeat it, HRC.

cosmikDebris
Hillary? How about John Kerry?

Got a picture of Morticia, Gomez, It and Fester to round out the family?

buster2010
What country and their leader isn't accused of acting like Hitler nowadays? The only person I haven't seen be accused of being Hitler is the latest Pope.


Makes sense though, particularly coming from anyone pro NWO, who many theorize Hitler was a covenient pawn for


If anyone has a resemblance to Hitler it is not Putin, its the last two US administrations. They are the only ones currently bend on ruling the world.

I will get to call her Hitler. and with a picture like that some people will believe it.

My God that is one scary looking person there.

Bush Presidency he was 'Hitler'.

Obama Presidency he is 'Hitler'.

Hmmm Hitler is the gift that keeps giving. All leaders we don't like get compared to him.

I agree with the op Clinton should just shut up, as Mark Twain says:

It is better to keep your mouth closed and let people think you are a fool than to open it and remove all doubt
Read more at www.brainyquote.com...


All of the same ilk.