Gee, maybe it's not about oil: World's Oldest Pyramids Discovered in Crimea.

There's something else going on in Crimea beside political discourse and the Ukraine is 'over their head' in ancient archeology. Perhaps the Ukraine is attempting to protect their national treasure but other countries desire access to the 'motherload'.

There's not a lot of information about these pyramids in Crimea. A search on ATS and Google doesn't return much so maybe the info has been suppressed, scrubbed, or is simply a hoax.

Reportedly, 37 of the world's oldest pyramids have been discovered in Crimea possessing frequency technology implications, a sphynx-like structure, and a mummified creature. The following are excerpts from Crimea news sources:

In the summer 2001 the Crimean pyramids were investigated by scientists from different countries. All of them agree in opinion, that discovered constructions are quite real and unique. Underground pyramids were scanned by different the latest devices and as a result of the advanced search new objects were found. Thus, the Crimean pyramids count already 37 megalithic constructions. 28 of them make a huge rhombus (Sevastopol is the point in the sea to the west from Simeiz- Yalta – Konerchino village of Bakhchisaray Raion). In the middle of this rhombus in Krasniy Mak village the 29th, central 56-metre pyramid is located. More seven pyramids form a small internal additional rhombus around Yalta where in the centre the 37th pyramid is located.

Members of research group made comparative analysis of the Crimean and three great Egyptian pyramids in Giza. It was found out, that ancient Egyptians and mysterious Crimean builders used practically the same materials.

SIMFEROPIL/ AQMESCIT (QHA) - A Ukrainian scientist discovered the oldest pyramid in the world. Most interestingly, it was found in the most beautiful corner of the country, in Crimea. As the ICTV channel reported, the finding was revealed by accident, when during his test alternative methods of finding water Ukrainian scientist Vitalii Goh discovered underground unknown object, which proved to be a giant pyramid of 45 meters in height and a length of about 72 meters. Goh said that the pyramid was built during the time of the dinosaurs.

Here's a couple of YouTube vids about ancient archaeology in Crimea. Try as I might, I'm unable to embed videos. Sorry.


There seem to be pyramid's popping up everywhere these day's from story's about an earthquake making one rise out of a chinese lake to Bosnia were admittedly artificial looking hill's have been claimed to be pyramids that are possible older than the start of the last ice age and built in that warm period between it and the preceeding ice age, the largest know pyramid which may predate the imperial tomb which is build into part of it known as the white pyramid in china which was once over a 1000 feet tall so arguably is an artificial mountain and of course a similar pyramid which was reported from the deep amazon and supposedly seven time's bigger than the great pyramid in giza but was suppressed from the news as the area was riddled with drug farm's and the fear of the site being looted.
I do not know about this idea of underground pyramids unless they were buried by natural forces which of course then beg's the question how old would they be.
You know there is even a story which claim's that the mount of saint michael in france (not the smaller english one) mon san michelle if I spelled that right is a artificial structure which though overgrown has masonry under the soil and chambers within but I do not know if there is any validity to that internet story, then of course glastonbury tor which though eroded over time and not a pyramid is nevertheless a magnificant work of ancient man.
S+F


Good find OP ..S&F ..Good to see some good info coming out of that part of the world at this point in time .Hard to say what may be fact or just speculation at this point in time .If the dating is true then our history is wrong .I am of the belief that what we call settled science and dates fixed to our past is so speculative we really need the salt shaker when considering it . Maybe that the whole point to the conflict going on over there right now ..They really don't want us to know for sure ..peace

This is another "made up" Pyramid, there is absolutly no info or pictures on this but some doubtfull storys and pretty old they are, and those useless Youtubes gives nothing.

Here is one that also doubt it's anything from 2012, seems odd that no info and pic's has come out since then.

Claims of European pyramids are not new. Is it just these folks rehashing some completely made up stuff in order to get publicity? Whatever it is, it doesn’t belong on a news site as real.


I say it's a hoax story that wander the net once in a while.

posted on Mar, 3 2014 @ 08:30 AM
link
You know, it would be nice if for once, just for once, there was actually something like pyramids or aliens behind all of this..unfortunately...oil, gas and greed are the real motivations.

Well if said architecture was found out to exist during the Jurassic period then it wouldn't bode well for the history books and other schools of scientific study .peace

posted on Mar, 3 2014 @ 08:46 AM
link
What about the pyramid said to be at the bottom of the Bermuda Traingle? It was said to be a Crystal pyramid or something like that. It was discussed on many threads here on ATS such as this one here:

posted on Mar, 3 2014 @ 08:51 AM
link
They should aparently be lined up south of Sevastopol, but a quick look at Google earth reveals absolutly nothing there but urban ground, but ofcause they are hidden underground


I agree, ancient pyramids are being discovered all over the world and under oceans at a breakneck pace. And the age of these structures are dated older all the time. Kinda makes Giza look like a new kid on the block.

posted on Mar, 3 2014 @ 09:08 AM
link
Egypt and the middle east do not have a patent on pyramids. They were built everywhere. Just because they do not align exactly to the usual directions, does not mean they are not manmade either. Maybe the builders of some of these pyramids didn't have a compass that worked properly. Maybe they set them up to the time the earth crosses the sun's equitorial plane.

I can't see the Egyptians saying they are not real manmade structures just because they do not exactly follow the building techniques of the ones they had. This is just a tactic to remain superior to others. Not reality at all. Lots of these structures were stripped of their rocks to build new structures, this includes Christian churches. It was easier to mine out these structures than to mine rock. Factories, Castles, and mine buildings were also built of these stones. I think at one time these pyramids and ancient structures peppered the landscape. Now all we have are hills of dirt left.

I wonder what the true purpose of pyramids could be ?


That was an entertaining read. This guy (Vitaly Gokh) believes there were once three moons, Lola, Fattah, and Month (the last one giving us the name of a 29.5 day period). So, according to him, 2 of the moons had crashed into the earth. And because of that, ancient man built pyramids worldwide to interact with the earth magnetic field and re-stabilize our orbit and to prevent more crashes with "possible turncoat planets."

He sounds like the Ukraine version of Zecharia Sitchin.

posted on Mar, 3 2014 @ 09:41 AM
link
Interesting.
As a side note much of the history of the world post WW2 was dictated by decisions made by FDR, Churchill and Stalin at the Yalta conference.
The charge of the light brigade happened at Sevastopol.

“There is a resonance chamber of so-called Sphinx. The pyramids were built in the era of the dinosaurs,” says the scientist in an interview with ICTV.

I was all ready to get excited then this?
era of the dinosaurs?


It's pretty hard to believe, but we've been lied to before. If true, everything we think we know is a lie.

It makes me wonder what WAS this planet in the past, what happened, and why has history been erased ? And by whom.


here are some of the supposed pyramids. 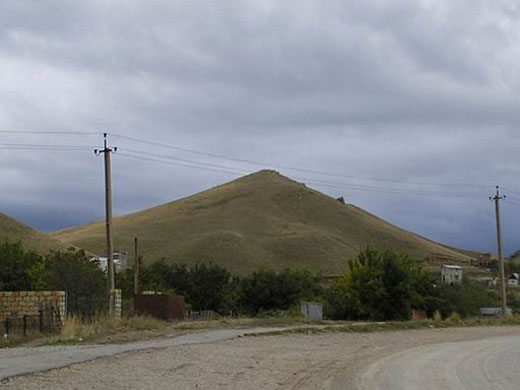 An incredible archaeological finds in the Crimea called event exceeds in value deciphering Egyptian writing and identify H. Schliemann legendary Troy. Seven huge underground pyramids, a complex, whose age is likely greater than the age of the oldest known civilizations. The builders of the pyramids clearly in its development went much further than the current humanity. The fact that each "brick" giant structures - this subject is extremely similar to a transistor. A whole pyramid entirely - a huge chip.

This archaeological find in the Crimea was made accidentally by a group of scientists who were searching for artesian water, and found strange radiation near the ground. Drilled several test wells, one of them saw the first stone church hall. Scientists working near the pyramid of weeks, trying to gather as much information, but unfortunately, they had to stop the excavation due to lack of funding. 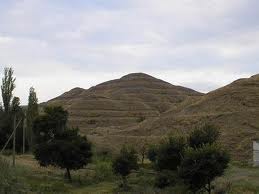 Ukrainian scientist Vitalii Goh discovered [an] underground unknown object, which proved to be a giant pyramid of 45 meters in height and a length of about 72 meters.

[The] “Crimean pyramid” has a truncated top, like a Mayan pyramid, but its appearance is more like an Egyptian. It is hollow inside, and a mummy of unknown creature is buried under the foundation. “Under the foundation is a small body in the form of a mummy long 1.3-1.4 meters with a crown on his head.”
“There is a resonance chamber of so-called Sphinx. The pyramids were built in the era of the dinosaurs,” s


Seems this guy had something to do with finding the supposed pyramids and he believes they are connected to the earths core and various star systems.
Translated:


Ask yourself the question: "Where are the sources of energy supply and reception?" Built by synchronized hologram starry sky with patches of earth where the Pyramids (Egypt, England, Sevastopol, Bermuda, Easter Island, Mexico, the Himalayas). As a result, following streams energy, the author, it was found that the energy exchange occurs between the Earth's core and the star Capella Himalayan Bermuda and pyramids, to the star Vega and Mexican pyramids and English, between the star Canopus and Egyptian, Sevastopol pyramids and pyramids of the coast.
Easter. In the northern hemisphere, with each star connected on two groups of pyramids. Moreover, one group of pyramids serves as a power receiver, and the other - the role of the transmitter. The stars relative to each other makes an angle of 120 degrees. Create this arrangement of electromagnetic moments possibly can affect the Earth's rotation and the location of the Earth's axis. However, according to the laws of celestial Electromechanics (momentum equations for the Southern and Northern Hemispheres) lacked group pyramids. Analysis conducted by the author, pointing to a group of undiscovered pyramids in central South America. This complex was subsequently pyramids found in Brazil.

This sounds loony and seems to be nothing more than an underground old well, but it is very interesting to read anyway.
Plus you never know!