SC: Explain to me, exactly, how the Grinsell marks prove the authenticity of the marks in the 'Vyse Chambers'?

It was explained to you some time ago here that:

… They were found on G1—on core blocks of G1, which puts them inside G1, when G1 was complete.

The names reported (two names of Khufu, one of them the Horus name) are additional evidence for the attribution of the pyramid to Khufu, and so count against your presumption against the “authenticity” of the names in the chambers.

Let me say first of all here, Hermione, that I suspect this particular post I am responding to was composed by you and not your co-author. I am convinced that your co-author has been composing many of the replies appearing under your ATS alias, using your ATS account as a proxy to his own banned account. And I expect that you will neither confirm or deny my suspicions. But understand this--if I suspect a reply to me has been composed by your co-author and posted by you under your ATS account, it will be ignored. I hope that is clear.

Now, in your latest post you have posted a link to a post written by your co-author on GHMB. If you look closely at that thread you will see that I made no reply to his post (or any of his posts in that thread). Not because a reply was difficult, far from it. But because I generally do not reply to that individual's posts. He has been permanently banned on UM and ATS for good reason. He has been temporarily banned on GHMB several times. Why he has not been permanently banned on GHMB is just one of life's little mysteries as some of his outbursts there are truly horrifying.

As for the Grinsell marks. You know I have addressed this issue elsewhere. For example, here. These marks, including those in the boat pits, are addressed more fully in my forthcoming book. In short, neither the marks on the core stones or the marks in the boat pits, assuming these are genuine, actually proves the marks in the 'Vyse Chambers' are genuine. By that standard, then just because these two bank notes (below) are 'comparable' with each other (one of them is fake), they must both be regarded as genuine and should be accepted, on face value, as such without any need for further checking. 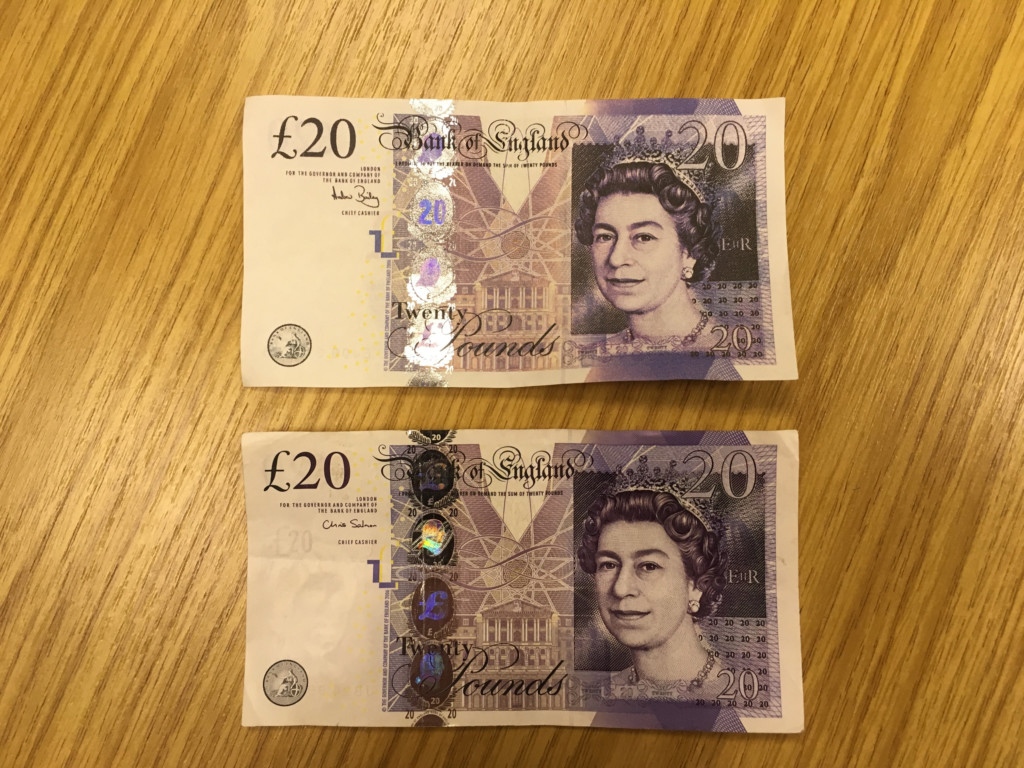 If that truly is your standard of proof, then a friendly word of advice--don't ever start up a cash only business.